The Washington Post: Exodus from Puerto Rico Grows as Island Struggles to Rebound from Hurricane Maria 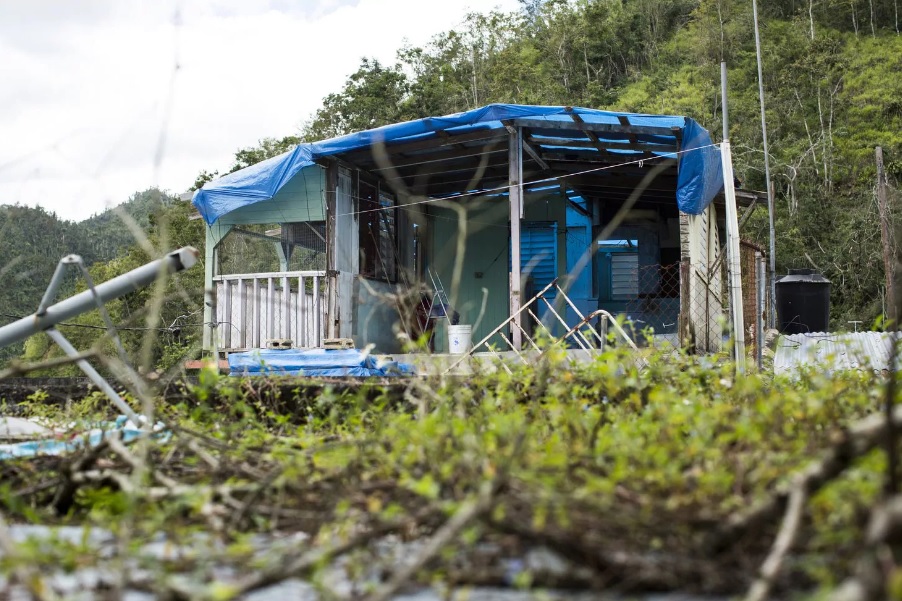 A home damaged by Hurricane Maria in Comerio, Puerto Rico. The town, in the mountainous area of the island, is still mostly without power, according to Mayor Josian Santiago. (Erika P. Rodriguez/For The Washington Post)

The Washington Post released an article highlighting the major depopulation event that is currently ongoing in Puerto Rico. People are leaving en masse since Hurricane Maria devastated the island, wiping out the power grid, communication systems, and infrastructure. Almost 58,000 homes are making due with blue tarps as a roof. Tens of thousands of people are still without electricity, and the U.S. Army Corps of Engineers estimates that 1 in 10 customers still won’t have it by the end of March. Even though they do not want to leave their home, many Puerto Ricans are beginning to see leaving the island as their only option.

“You try to see the bright side, but it’s too dim to see anything good,” Camacho said. “I’m done. Once I get a chance, I’m out.”

The full report can be read by clicking the image below or on The Washington Post website.

Soon after Hurricane Maria’s devastating passage through Puerto Rico, RMF sent a team to conduct a needs assessment, bring some initial medical supplies, and form local connections. Drawing upon RMF’s emergency health programs and lessons learned in various countries, our response in Puerto Rico will include the implementation of transitional and temporary health posts, such as mobile clinic and outreach services that will seek to provide lifesaving interventions. Already we have begun supporting the operations of 5 health clinics. We also plan to support the Vega Alta Clinic by providing medications and human resources; this clinic will act as a hub for medical outreach activities. Read more about our initiative on our Hurricane Maria Relief page.