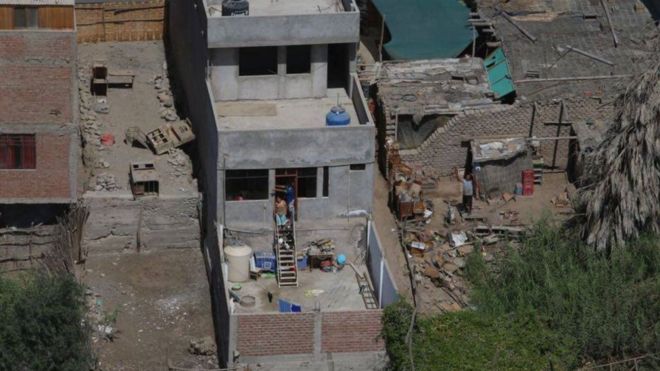 BBC News reports that on Sunday, January 14, 2018 at 4:18 AM, an earthquake of magnitude 7.1 was recorded near Acari in the Arequipa region of southern Peru. One person is confirmed dead, dozens have been injured, and homes and roads collapsed.

The area between the South America and Nazca plates, where the tremor occurred, is prone to earthquakes, with 13 above magnitude 6.5 occurring over the past century, the US Geological Survey says.

The full report can be read by clicking the image below or on the BBC website.

Real Medicine Foundation has vast experience responding to disasters. Our work in Peru began in the wake of a massive earthquake that struck off the central coast on August 15, 2007. Since then, we’ve treated more than 15,000 patients and deepened our ties to the community by providing consistent access to quality health care . Drawing upon RMF’s knowledge of disaster relief, we are preparing to provide mobile medical outreach care for affected communities, while providing emergency kits for 3,000 people displaced or most vulnerable after the earthquake.

Categories: Disaster Relief Peru or View All
Return to Top