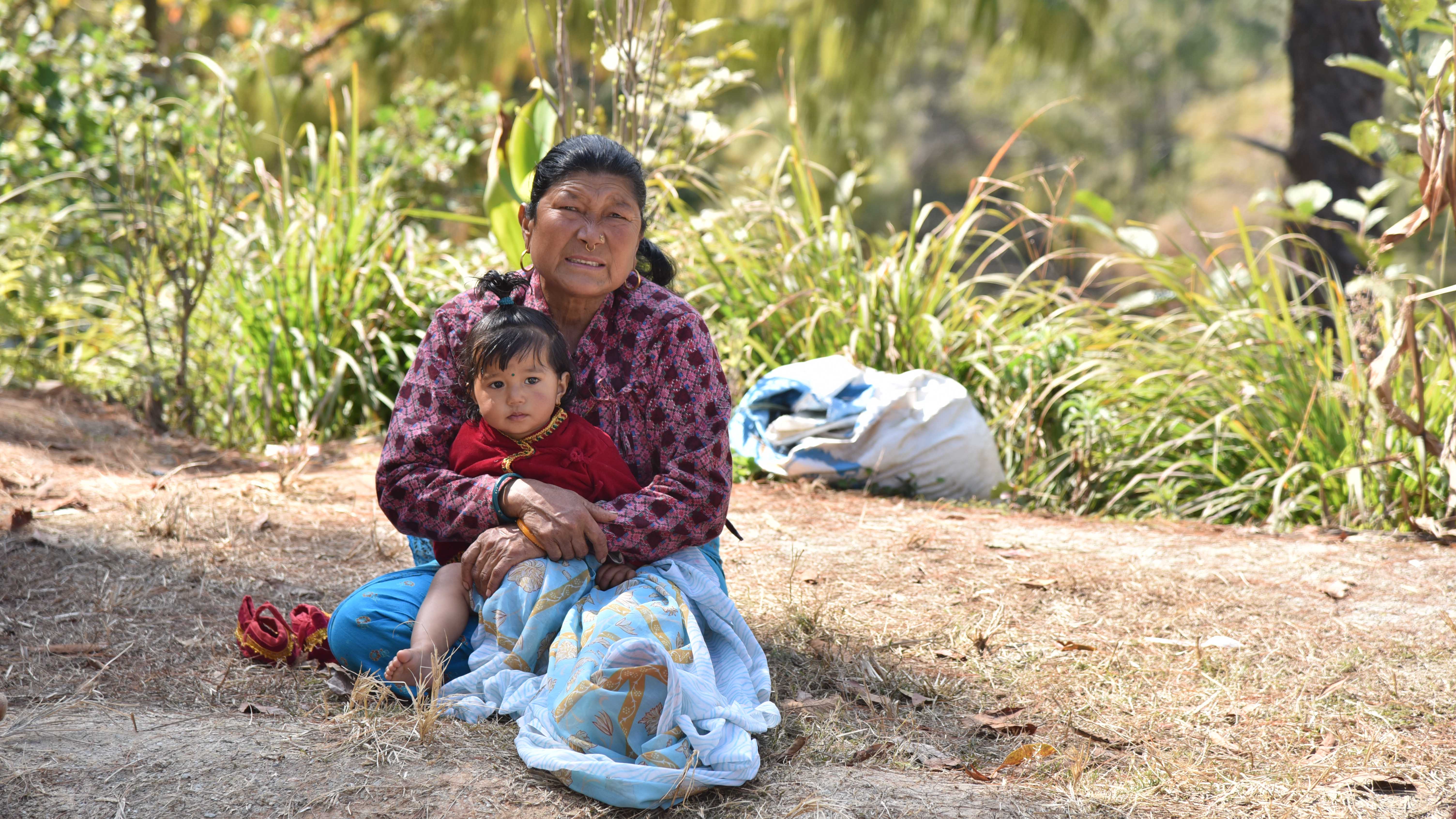 On March 6, 2019, the RMF Urban Health Center in Lakainey, Namo Buddha of Kavre District, Nepal celebrated the first anniversary of its establishment. Namo Buddha Deputy Mayor Ram Devi Tamang was the chief guest, and other distinguished guests included the ward chairperson, chief executive officer of the municipality, teachers, health post managers, and social leaders. A large number of community members were present. RMF Nepal Program Manager Ganesh Kumar Shrestha traveled from Kathmandu to attend the event, and journalists from the Kavre Post and local FM radio stations reported on the event. The following article was featured in the Kavre Post: 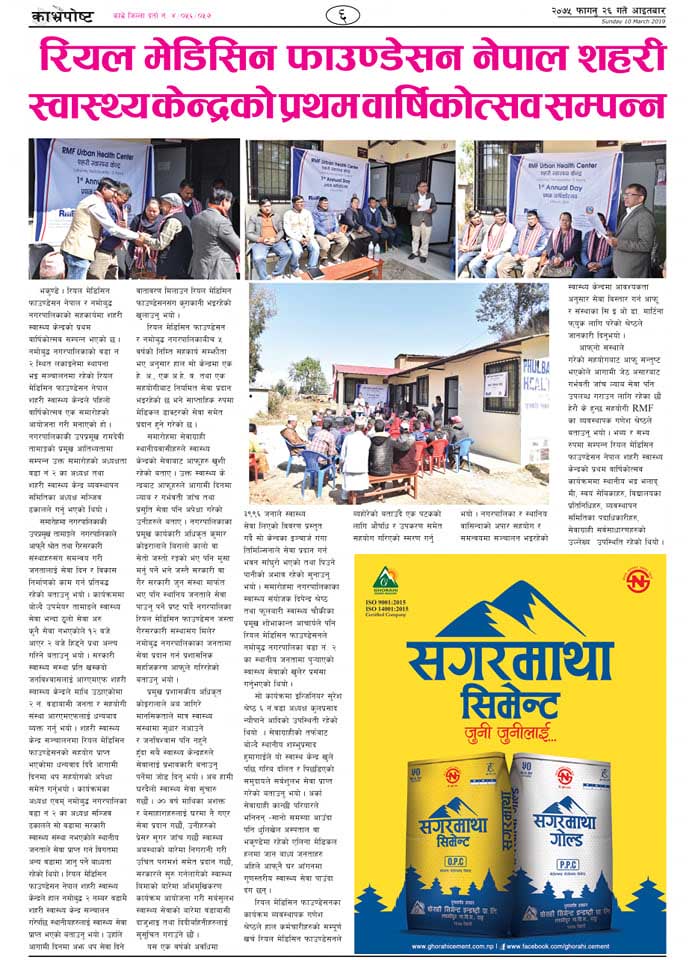 During the event, Mrs. Tamang said that the municipality is committed to serving its people and developing the area by using available resources and collaborating with non-governmental organizations. She added that health services are highly important, and in a context where people are losing trust in government-based health service centers, the RMF Urban Health Center has raised the standards through the health services it provides. She appreciated RMF for maintaining the highest quality of health services provided at the center and said that ongoing support from RMF was expected in the coming days.

Chairperson of the program, Mr. Sanjeev Dhakal, said that before the establishment of the RMF Urban Health Center, residents of Namo Buddha Municipality Ward No. 2 were obliged to walk a long way to other wards to receive basic health services, because there was no health center nearby. Now that RMF has started the Urban Health Center in Ward No. 2, the locals have benefited from its excellent health services. He also said that arrangements with RMF are being made so that more services can be provided by the clinic to the community.

In accordance with the 5-year agreement between RMF and Namo Buddha Municipality, the Urban Health Center is currently run by a health assistant (HA), an auxiliary health worker (AHW), and an office assistant. A medical doctor has also been scheduled to visit the clinic once a week.

The locals who attended the event said that they have benefited from the clinic. They also expect that the health center will provide services for pregnant women as well as medical laboratory services in the coming days.

The RMF Urban Health Center was able to provide services to 3,996 clients over a year-long period, reported Mr. Ganga Ram Timilsina, who is in charge of the RMF clinic. He not only presented the achievements of the clinic in the last year but also the challenges faced while running the clinic, such as lack of space and the meager amount of water available in the clinic.

Health Coordinator of the municipality, Mr. Dipendra Kaji Shrestha, and Manager of Fulbari Health Center, Mr. Shobhakant Acharya, among other invitees, also heartily appreciated the support of RMF in addressing the health needs of the locals. The locals reiterated that they previously had to go to Dhulikhel Hospital or a private clinic in Bhakunde, which was costly even for small ailments, but the medicines at the RMF clinic are far cheaper and the health services provided are of a high standard. Shambhu Prasad Humagain, a local of Namo Buddha Municipality Ward No. 2, further added that now that the Urban Health Center is there, underprivileged groups in the community have also benefited, as the health center provides free medicines for the needy.

RMF’s Program Manager addressed the guests by introducing RMF, its values, and its CEO Dr. Martina Fuchs. He explained that RMF has been providing human resources for the clinic, as well as medicines. RMF’s management is also looking forward to expanding the services in the clinic.

Real Medicine Foundation celebrated the first anniversary of the Urban Health Center in an elaborate way. Representatives from the municipality, RMF, local stakeholders, Female Community Health Volunteers (FCHVs), members of the clinic management committee, and locals gathered for the event and made it successful. 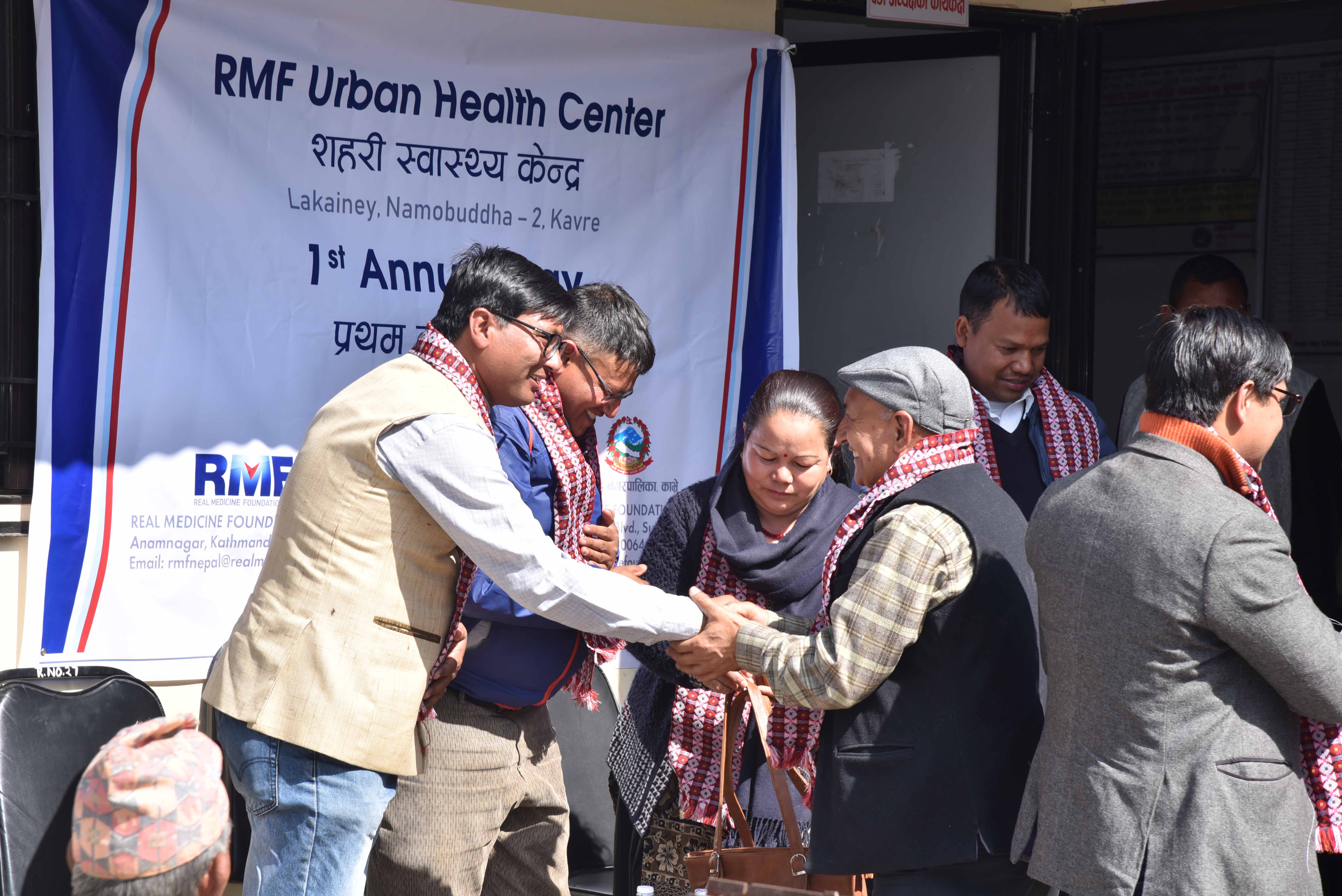 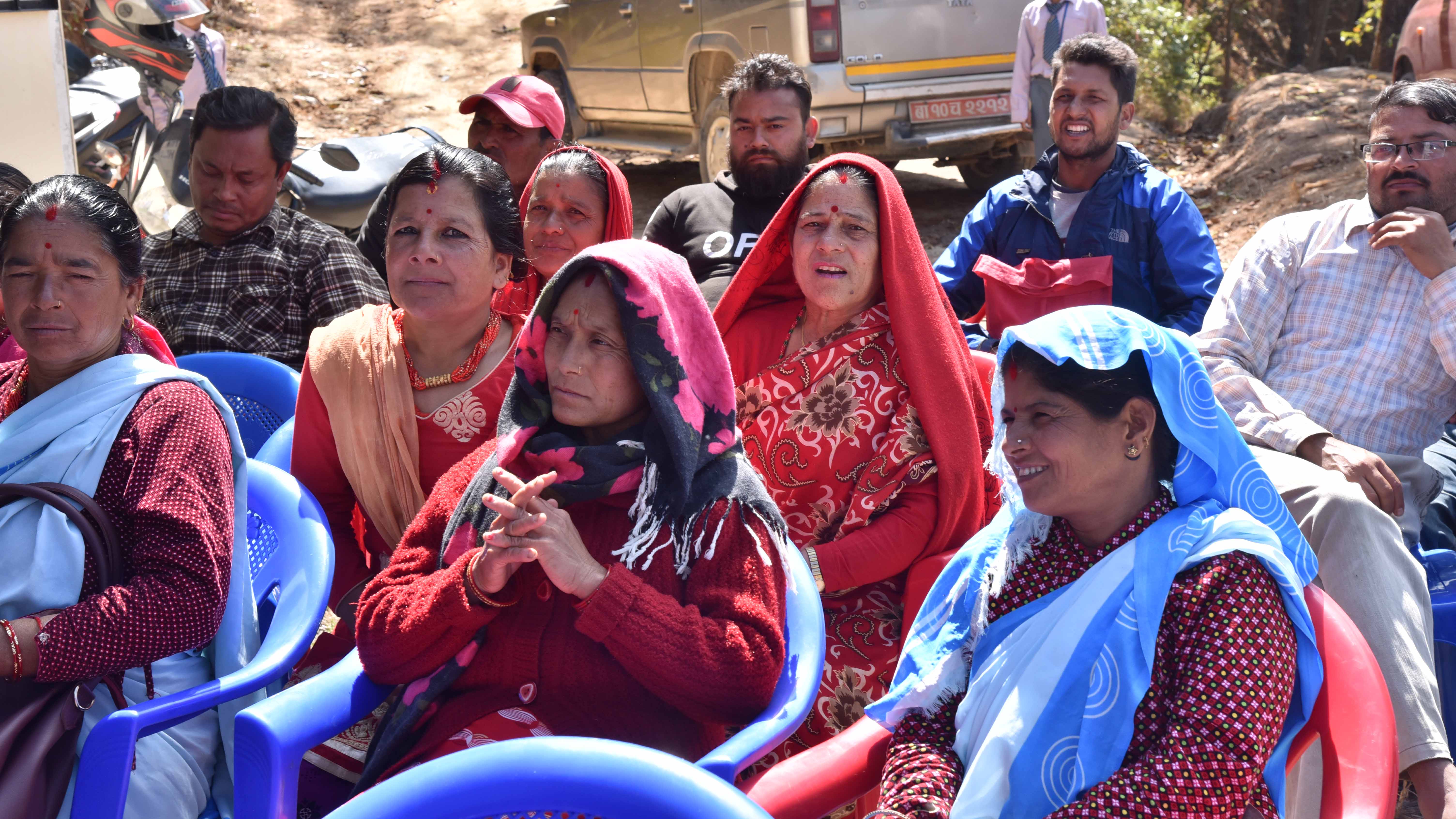 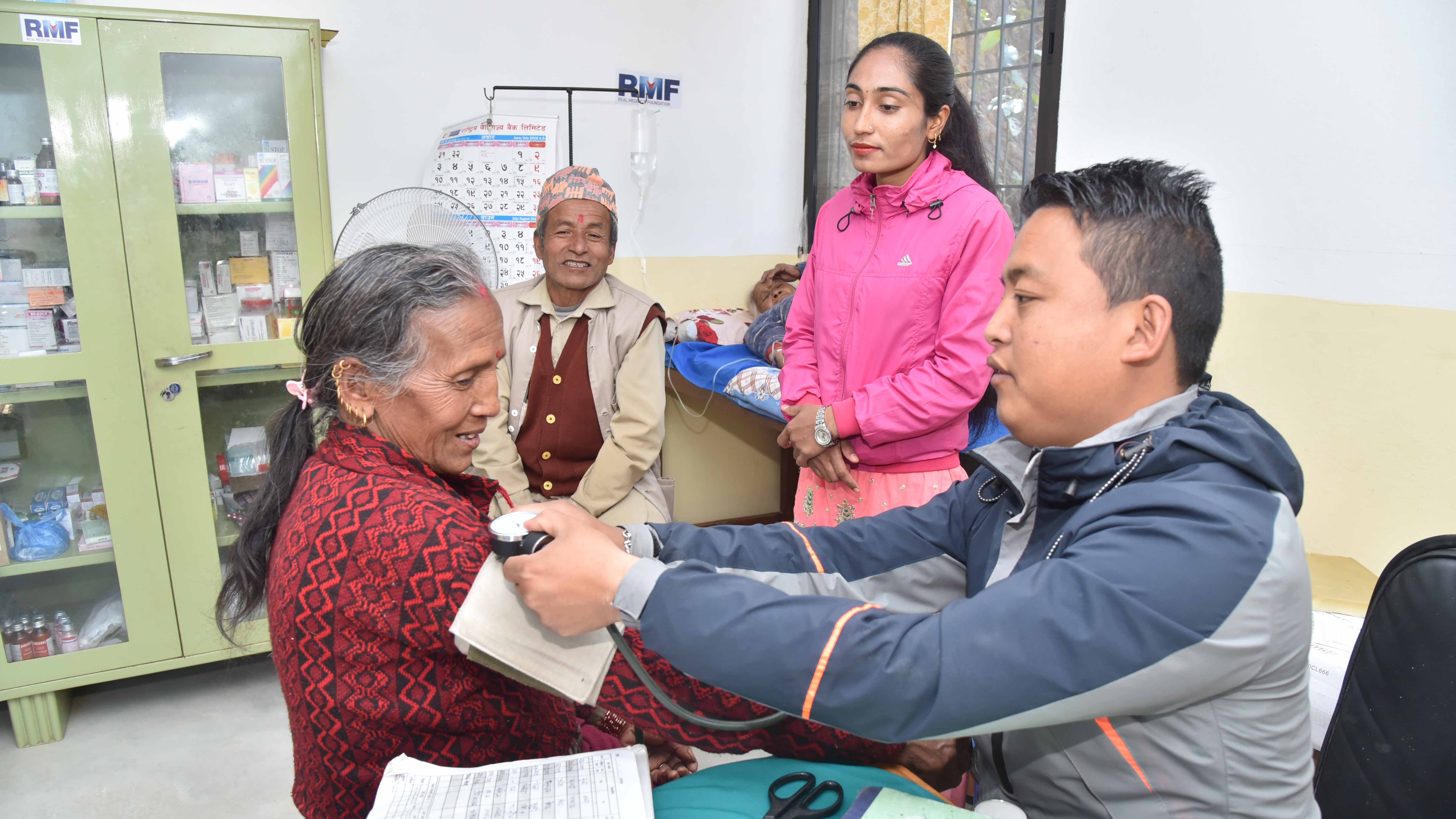 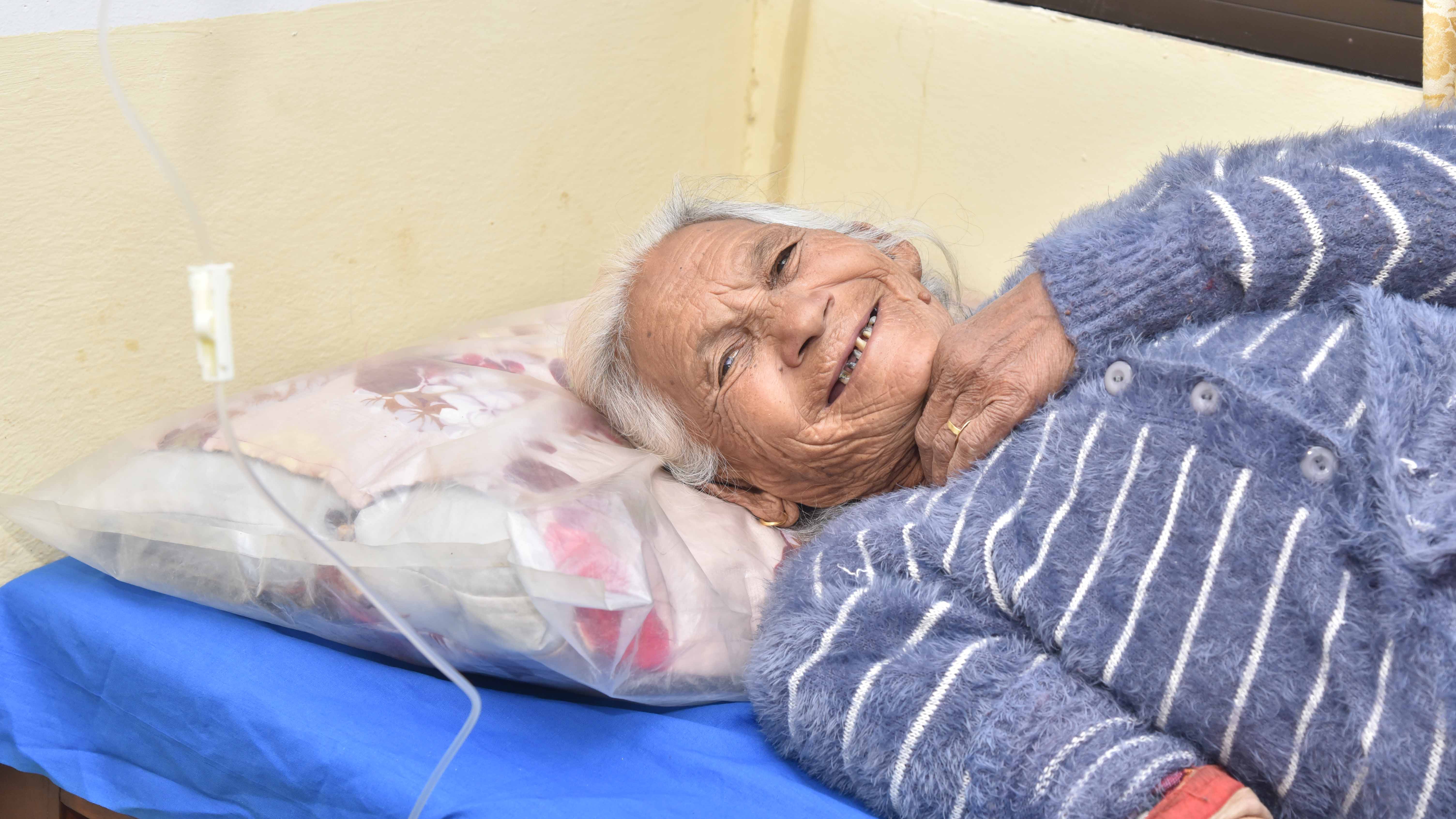 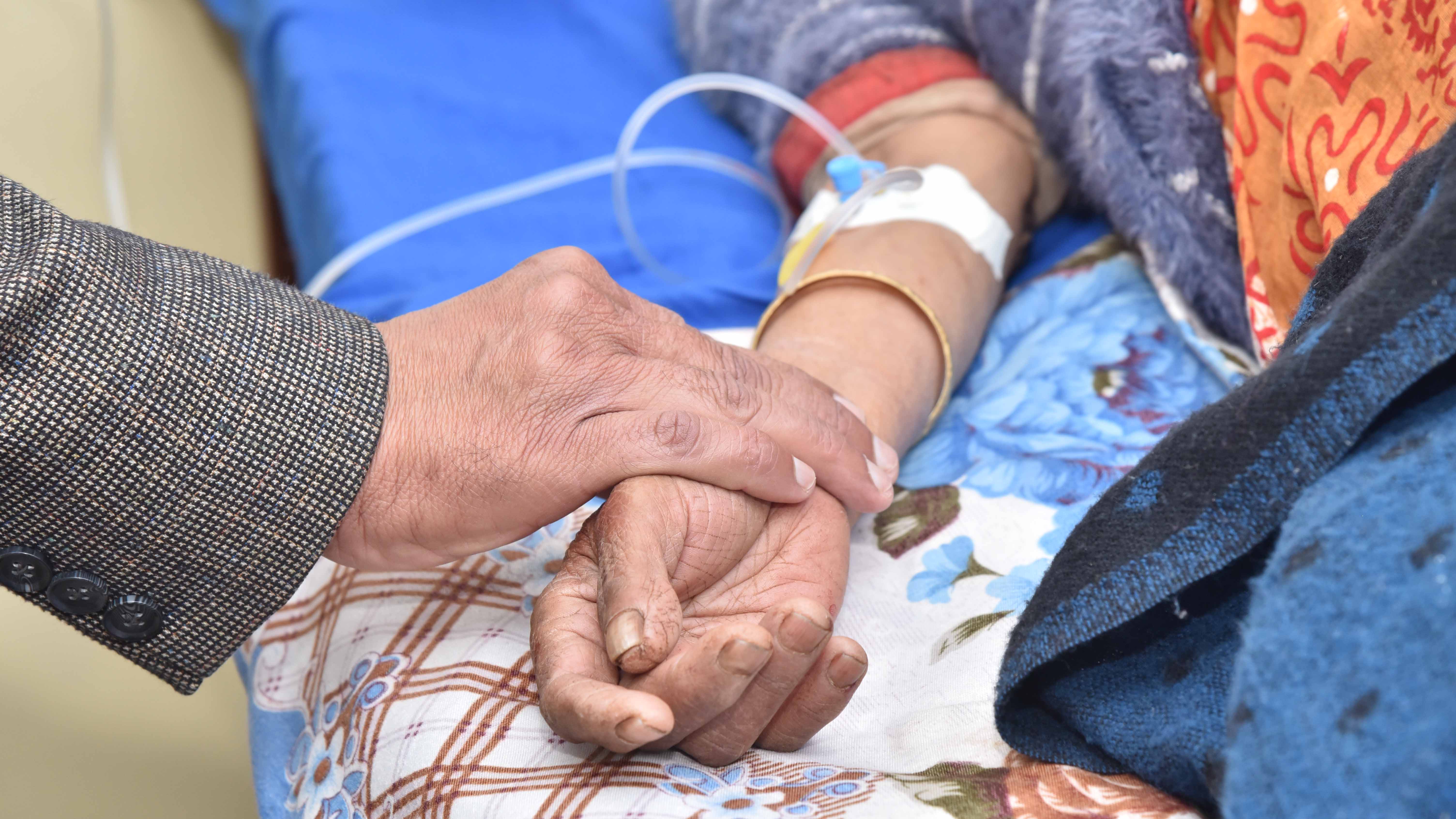 Categories: Nepal or View All
Return to Top