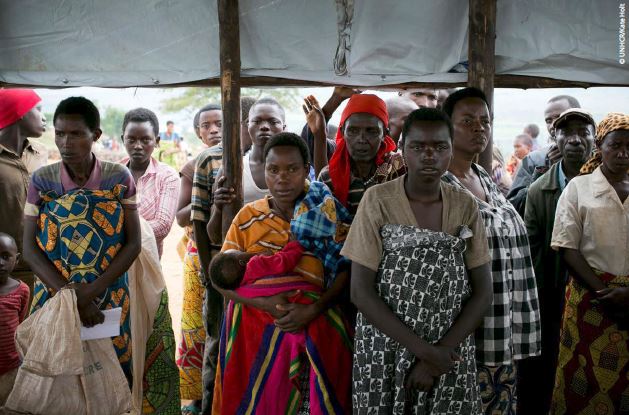 For over a year, South Sudan has been in a constant state of conflict, and thousands of South Sudanese are fleeing the country. This article outlines the factors surrounding such a large population group migrating from one place to another. Below is a small sample of the article. The entire article can be read by clicking on the images below.

"A persistent state of conflict has engulfed South Sudan since July 2016. Civil war has expanded across the country, and significant human rights violations have been perpetrated by all parties involved."

"Widespread reports have detailed killings of civilians; rape and other forms of sexual and gender-based violence (SGBV); enslavement; looting and destruction of civilian assets; attacks on humanitarian facilities and aid workers, and the recruitment and use of children in armed conflict. Tens of thousands of people have been killed. In 2017, South Sudan was ranked as the world’s most fragile state."

*In 2010, Real Medicine Foundation co-founded South Sudan’s first accredited College of Nursing and Midwifery in Juba. Training a new generation of professionals is a critical part of rebuilding a health care infrastructure that had been decimated by more than two decades of civil strife and war. Since then, we created five additional initiatives which consist of malnutrition treatment and prevention services, support for The Juba Teaching Hospital, and a healthcare technology partnership with Health eVillages. In addition to our work in South Sudan, RMF is also the UNHCR Health Implementing Partner in both the Bidibidi and Kiryandongo refugee settlements of Uganda, providing much-needed health services and other support to South Sudanese refugees.