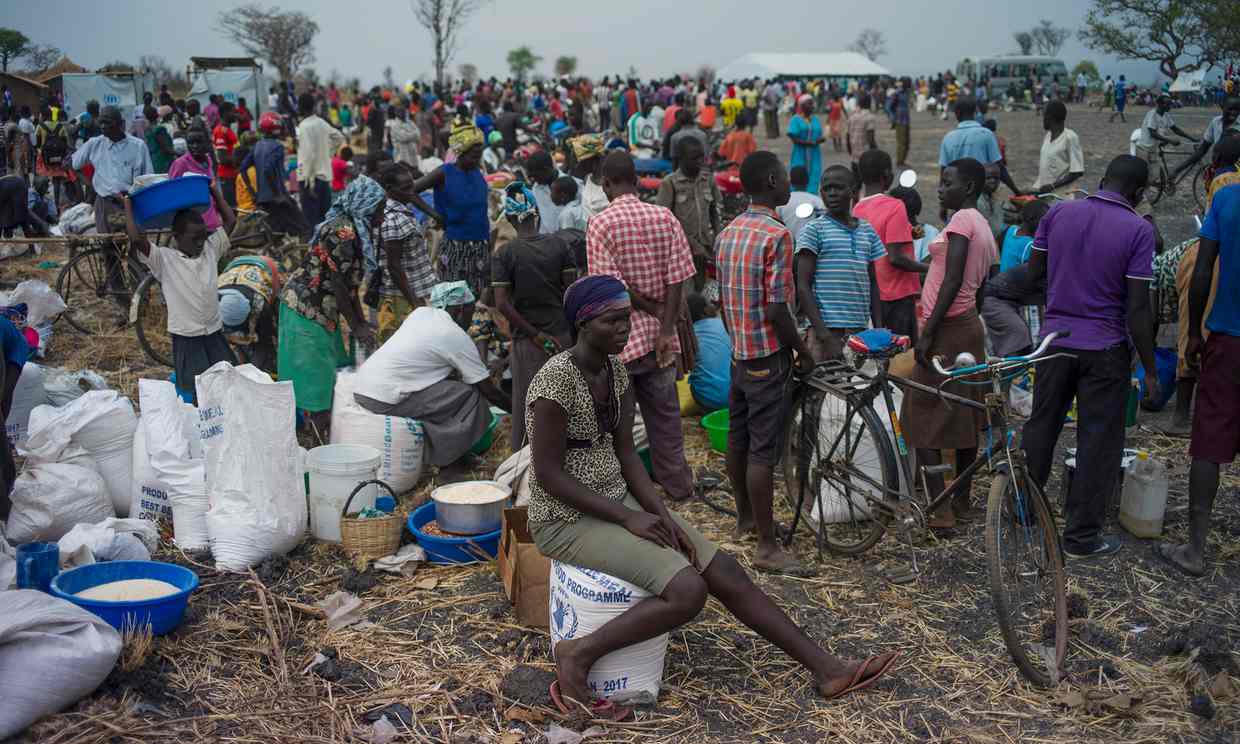 Bidibidi: The Largest Refugee Settlement in the World

In an article on the South Sudanese refugee crisis in Uganda, Uganda at breaking point as Bidi Bidi becomes world’s largest refugee camp, The Guardian notes,

"The stream of arrivals, who averaged 2,800 each day in March, has begun to take a toll on the country’s southern neighbour Uganda, host to roughly half of the 1.6 million people forced to flee their homes.

Uganda is feeling the neglect. The country has one of the world’s most compassionate refugee policies, which grants migrants land to build a home and enjoy rights to travel and work that are practically unheard of elsewhere.

But without relief in sight, the cracks are beginning to show. A single settlement, called Bidi Bidi, hosts at least 270,000 refugees – more than any other place in the world. It was closed to new arrivals in December to prevent overcrowding. Since then, new settlements have opened roughly every two months.

Initially, the UN expected roughly 300,000 South Sudanese refugees to come to Uganda in 2017. Just three months into the year, the estimate has risen to 400,000.

Further, the article notes, "Yet even as the humanitarian crisis grows, the international response remains meagre. The UN has requested $781m (£625m) to care for the 1.6 million people coming out of South Sudan. So far, it has received just 8%."

As official UNHCR Healthcare Implementing Partner in Bidibidi Refugee Settlement, Real Medicine Foundation has been present since the settlement’s opening in early August 2016. Our staff and operations in Uganda have more than doubled since that time, as the influx of South Sudanese refugees brought the population of Bidibidi Refugee Settlement to 272,026 and caused the settlement to be closed to new arrivals in December 2016. The rate of South Sudanese entering Uganda, however, has not slowed, and the need continues to grow.

Categories: South Sudan Uganda or View All
Return to Top