Some refugees in Serbia fear government help would limit freedom 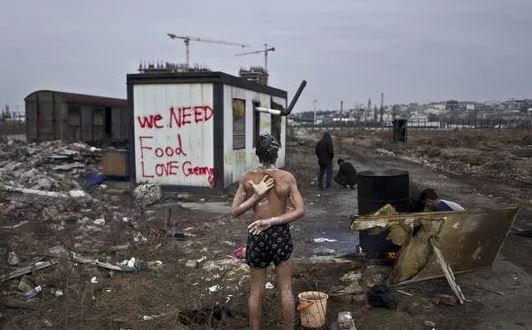 The refugees within Serbia feel that they are running out of options. RMF has been responding to the refugee crisis since January 2016, by providing comprehensive protection and medical services to persons of concern. Our team works in and around the Belgrade city center, providing outreach medical care and referral services for secondary and tertiary care institutions. Read a small excerpt below of an article featured in USA TODAY which contains a statement from a Real Medicine Foundation Serbia country team member.

"In most European countries, refugees usually must stay in the country where they initially arrived. As a result, a common practice since 2015 is for refugees to avoid registering or providing fingerprints so they can reach their desired country in Europe and won’t be ordered to return to the nation where they first arrived.

That puts migrants in a Catch-22, said Kais Ayoubi of the Real Medicine Foundation, a U.S.-based charity that provides health care to refugees in Serbia.

“The situation here is awful,” Ayoubi said. Migrants lack clean running water, toilets or electricity — and they burn garbage and tires to keep warm in the winter, harming their lungs, he said. “These people didn’t want to register with the authorities, therefore they don’t get help from the state."

The political climate doesn’t help. In April, Prime Minister Aleksandar Vucic won the Serbian presidential election with 55% of the vote. He has pledged not to build a wall or close Serbia’s borders, like Hungary, but he also repeatedly vowed not to let the country become a “parking lot for illegal immigrants.” "

Categories: Interviews Serbia or View All
Return to Top