“After six months mentorship by KOMPIP, the endowment has grown to become more than US$55,555. Compared to the first dispersal the fund has increased close to 30%. This project is very promising for livelihood recovery efforts and should be replicated in other areas,” said KOMPIP Executive Director, Akbarudin Arif.

Suharno, the endowment officer for Tirtomarto, says that his neighborhood received a first endowment of US$222. The amount was then lent to survivors for livelihood recovery. “Each US$12 loan is charged at 5% interest under a three month return period. The fund is helpful and so far no borrowers have failed to repay their loans,” says Suharno. 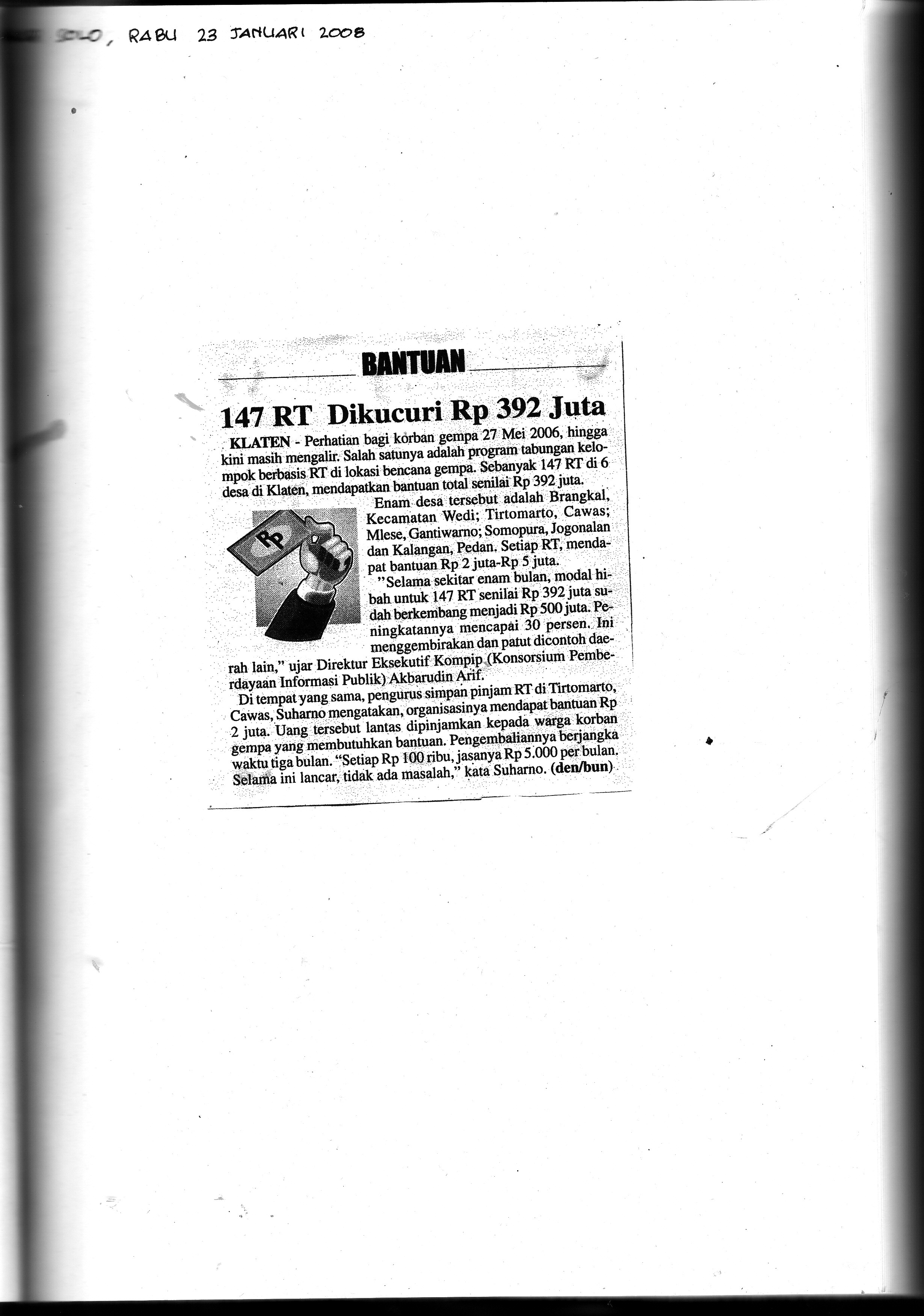 Categories: Funding and Grants Indonesia or View All
Return to Top