RMF has continued to implement our Sports Development Program, which is promoting psychological wellbeing, life skills, and cooperation among the youth. The program has helped diffuse some of the tension existing between different tribes from South Sudan. It has also helped players cope with trauma and other psychological problems through our counseling and dialogue sessions. The project has also improved the lives of the coaches, as many of them have been able to improve their economic situations as a result of the monthly salaries and allowances.

In the fourth quarter of 2018, the Kiryandongo Sports Development Program team was interviewed for and featured in a television program, on the network StarTimes Television, that will be airing across the country. StarTimes is one of the leading supporters of sports and sports talent development in Uganda. This will help bring more publicity to the team, which may attract donations, grants, and other benefits. 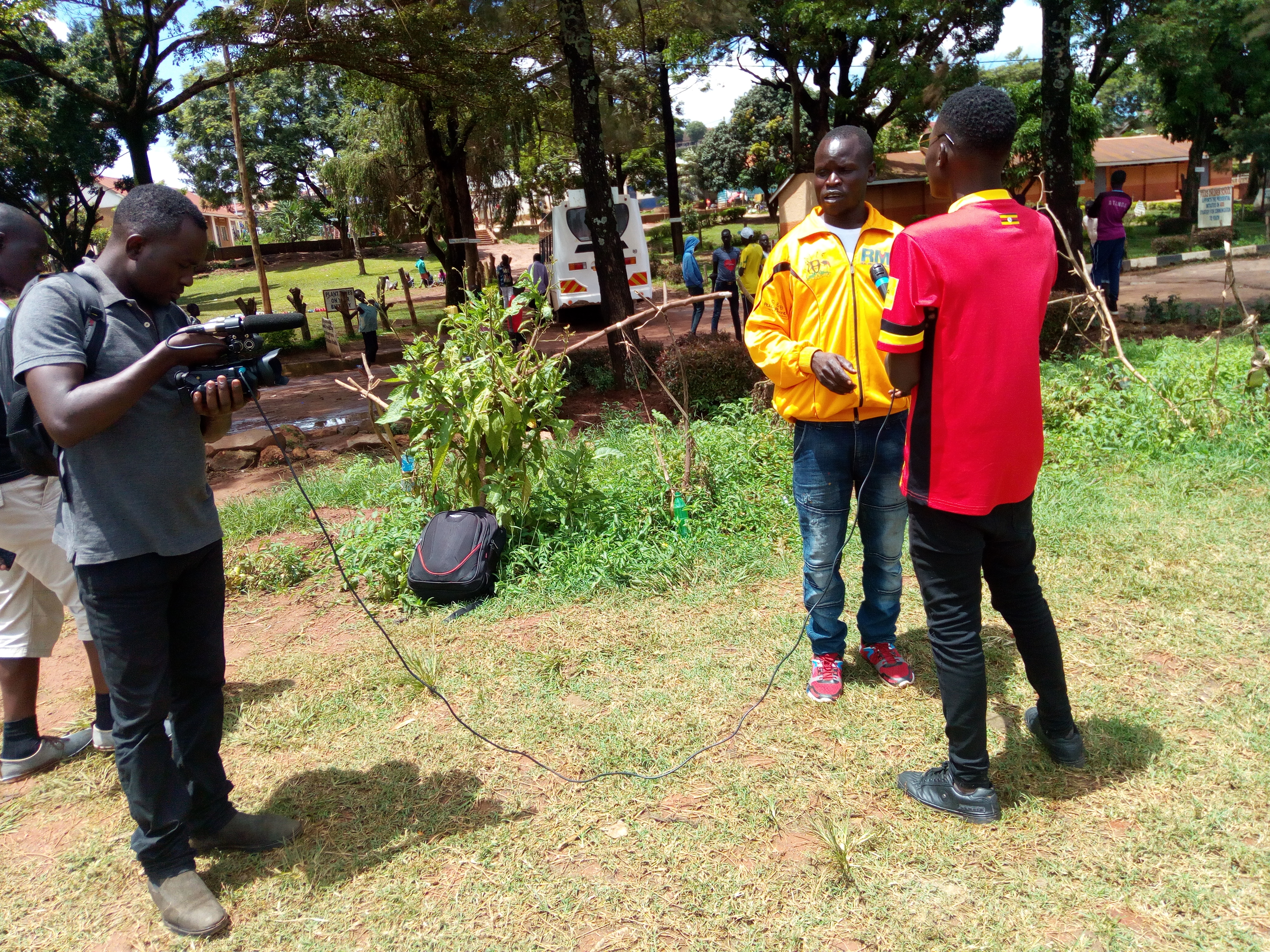 The Sports Development Program welcomes a team from StarTimes Television. In the photo above, a player is being interviewed for an exclusive on StarTimes TV.