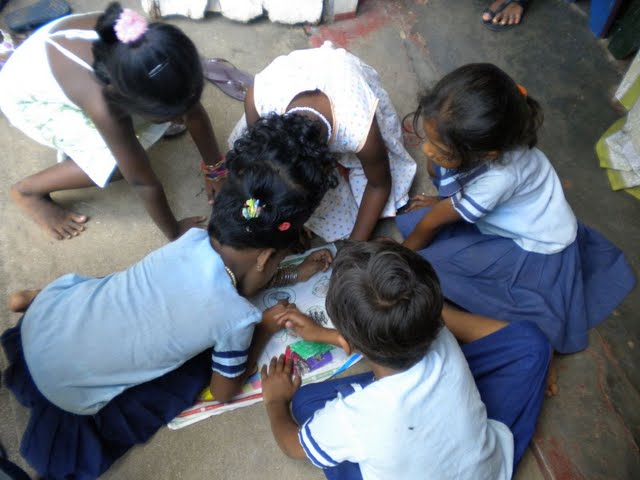 In early 2005, while the world was still in crisis mode after the Boxing Day Tsunami, I attended a lecture by Muhammad Yunus at Georgetown University in Washington, DC. Though star-struck, I managed to ask Professor Yunus a question during the Q&A portion on the lecture:

“Considering the short term nature of so much international aid after a natural disaster, Professor Yunus, what would you recommend that international organizations do to give their aid longevity and to live by the mantra of “build back better.””

Professor Yunus, excited about this question, responded: “Create an international educational trust for all tsunami affected youth, up through higher education, to enable the tsunami generation to not be one just living in the aftermath of a tragedy, but one which will change the future of their region by ensuring that each child in the affected areas is educated and empowered.”

Five years after the tragedy, much has improved in the tsunami affected region, but also much international aid was wasted on projects which fell short of their goals and projects which only lasted the attention span of many aid organizations, that is until the next disaster struck.

This week I visited RMF’s projects in Sri Lanka’s tsunami affected areas and, while small in scale, are huge in impact and do justice to Professor Yunus’ vision.

RMF currently supports two preschools and a health clinic for a fishing village displaced and resettled after the tsunami. The preschools were originally for tsunami affected youth, but are now open to all under-privileged children in the community. Despite the importance that education experts give to preschool for forming the foundations of learning and social interaction, the government of Sri Lanka does not offer any public preschools. To fill this gap all of the cities and towns offer a plethora of expensive private preschools, which rural children from families below the poverty line cannot afford. When children start public school, the rural children who have not attended preschool are already behind and put into separate sections of classes. By offering preschool education to these rural children, we’re giving them the chance to start school on equal footing, even at 6 years old. After preschool, government schools are fairly good up through University.

The first school I visited was the Minath preschool in Dickwella and is the first Tamil medium preschool for children in the area. Well before the tsunami this minority Tamil Muslim community had been calling for their own school, but it took a disaster and the vision of Dr. Martina Fuchs and her team to make this project a reality. 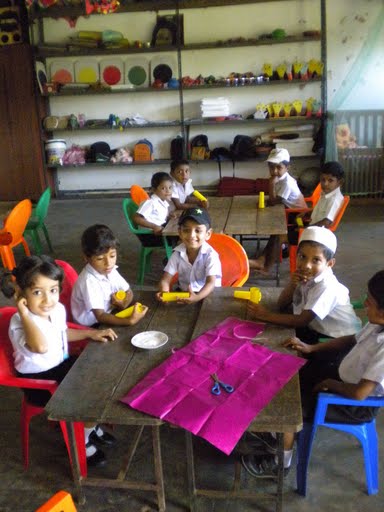 For the children this is a vital place to not only learn their own language, Tamil, but to also learn Sinhalese, the language of the dominant group in the area and the language which all government upper schools are thought in. The staff, Tamil Muslims and Sinhalese Buddhists, are attentive to the children and the community and take care to ensure the children receive a balanced, wholesome education.

The school isn’t just a preschool, but is also a meeting place for the Tamil community in the area. With no other public meeting place, community events and workshops are also held at the building built by RMF after school hours.

The second school supported by RMF in Tangalle is run by the big hearted Mahindra. Even the Sri Lankan villages are part of the larger worldwide trend to turn preschool students into scholars, making them learn to read, write, and speak several languages before the age of five. While our school does teach the alphabet in English and Sinhala, the main focus is to make this a creative, fun environment for the children where they can learn important social skills while playing and interacting with their peers. As the parents came to collect their children at the end of the day, a handful started to cry and refused to leave, not wanting to miss out on the fun they have at school. Mahindra says “Many of these children were affected by the tsunami and have experienced great trauma in their short lives. We want these children to have a childhood, not turn them into machines.” 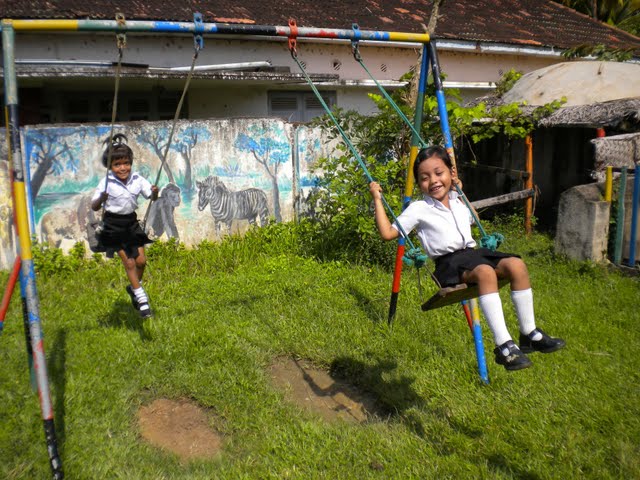 At both schools, the children have a place to learn, grow, and create. Their artwork, using local materials and methods, was beautiful. The children, like any their age, rough-housed, sang, danced, and played together, a luxury for children who come from interior farms, where home life is a working life, even at a young age. RMF is preparing these kids for school and social interaction for years to come. 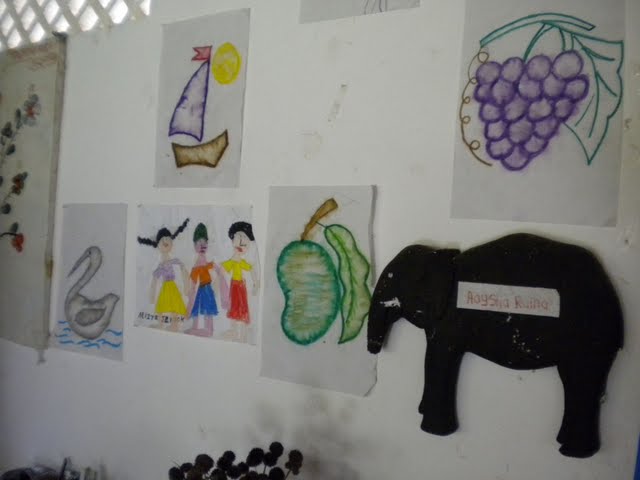 Our efforts in Sri Lanka do not fulfill Yunus’ ambitious call for educational trusts for all tsunami affected children through University, but by focusing on the education gap at an early age, RMF is ensuring that all children in the communities we cover get a fair start in education. We’re supporting the roots of real social and economic transformation. 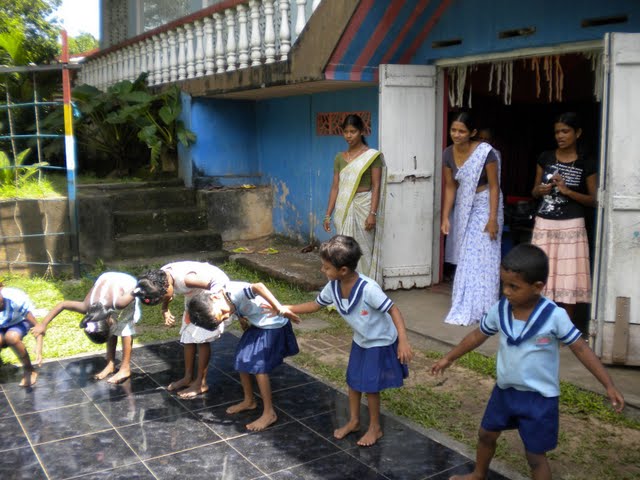 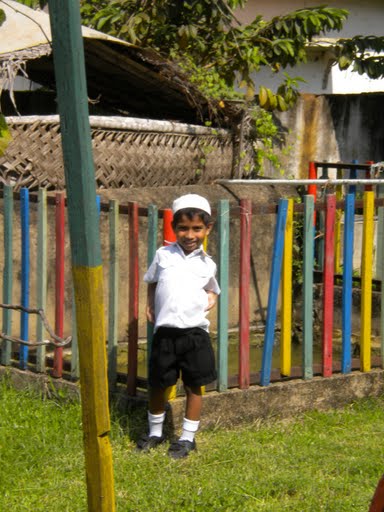