India’s Problem is Malnutrition Not Food Security: Public Health (not Cereals) is the Solution 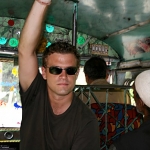 The following blog was written by Dr. Arvind Virmani, an Indian economist, about malnutrition in India. The views expressed in this blog are not necessarily those of RMF, however they address many of the challenges our teams face in fighting malnutrition in Madhya Pradesh. The author can be reached via his website: https://sites.google.com/site/drarvindvirmani/

India’s Problem is Malnutrition Not Food Security: Public Health (not Cereals) is the Solution

Shri Rahul Gandhi has wisely noted that our society pays more attention to high position than to greater knowledge. This has emboldened me to present some analysis that seems to go counter to the results expected by the Congress party at the center and BJP in the States, from their respective food security Acts. In 2004-2005, 2% of households suffered from hunger at some point during the year and about 25% of people were below the poverty line, but as many as 45% of children below the age of 3 (5) years were malnourished.

A simple, non-ideological examination of these facts suggest that,
(a) As hunger affects only 8% of the poor generalized policies and anti-poverty programs are not the best way of reaching the hungry. They have to be identified geographically and individually and reached directly. Once this is done it would not cost much to eliminate this hunger through direct cash or food transfers, depending on whether there are or are not competitive food markets in the area where they live. Thus in remote or hilly areas it is probably necessary to supply food.
(b) Malnutrition is a much bigger problem than poverty and the causes are unlikely to be the same, even though there may be some overlap. Anti-poverty measures/programs are unlikely to solve the malnutrition problem.

Analysis of the state wise 2004-5 NSS and 2005-6 NFHS data led to the conclusion that the most important cause of malnutrition in India was the abysmal state of ‘public health’ in terms of sanitation, pure drinking water and public knowledge about the importance of cleanliness (al la germs in dirty water, dirt and grime) and nutrition (basic food groups etc.). If this appears surprising, think about the simple act of eating and digesting food and absorbing energy and nutrition from it. A child or adult who is sick with diahorea or dysentery can eat as much as (s)he wants but will not be able to absorb it effectively. Recent medical research goes further, to show that even those children who are living in unsanitary conditions, but do not show any symptoms of gastro-intestinal disease, are infected with germs in their intestines that do not allow them to absorb nutrients from the food they eat.

Cross country analysis of malnutrition data confirms the conclusions of the India analysis.[i]The quality of public health, as measured by variables such as access to better sanitation and improved water sources, explains much of the cross-country variations in the prevalence of malnutrition and the high malnutrition in India relative to other countries with similar levels of per capita income and poverty. Improvements in environmental sanitation are the clearest and most effective policy-program tool for the Central government to reduce if not eliminate the excessively high levels of malnutrition in India. The cross country compliments the Indian Inter-state study by showing that female primary education, is an important factor in reducing child malnutrition, by helping spread information and knowledge about personal hygiene, sanitation and nutrition.

The misnamed Global Hunger index(actually an average of calorie availability, poverty rates and child malnutrition) has been a major factor in misleading policy makers and advisers that Indians are hungry and starving and if we can assure them enough calories, the problem will be solved. The World food Program’s single minded focus on cereals availability (and wheat and rice in India), has also contributed by arousing “liberal guilt,” about the declining average calorie intake.

Those of us who have dealt with food issues for the last few decades, have often cautioned that easy availability of subsidized wheat and rice has driven out coarse cereals and other more nutritious local foods (e.g. wild berries, roots) from the diets of the poor and may thus have had a negative impact on nutrition. In some cross state regressions the size of the PDS has an adverse effect on malnutrition, thus showing that the intuition s not completely wrong. As the result is not statistically robust, it suggests that the PDS has had both positive and negative effects and in some cases the first and in others the second dominates.

Here is my forecast: The Food security Act will have little or no effect on malnutrition, poverty and hunger. Hunger can be eliminated if and only if the government and/or NGOs identify the 40 lakh affected households and ensure that cash or food reaches (despite usual problems of leakage-corruption) the principle female (mother) of the household. An, “Elimination of Hunger Act”, with severe penalties for officials in whose area a hungry family is found, could do this at a small fraction of the cost.

Child malnutrition can be dramatically reduced, if not eliminated within a decade, through a massive “public health”campaign: This would insure a modern sewerage and sanitation system in every urban, semi-urban and semi-rural area and pure drinking water, septic tanks and lavatories in rural areas. The issue of Poverty requires a separate note.

A version of the above post-appeared as an op ed article in the Economic Times, of February 4th, 2013, under the title, "Focus on Malnutrition, not Hunger"