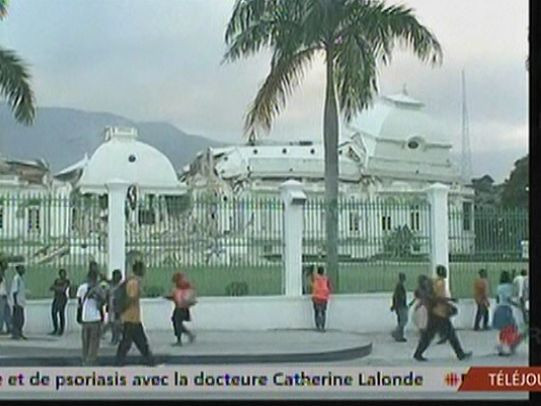 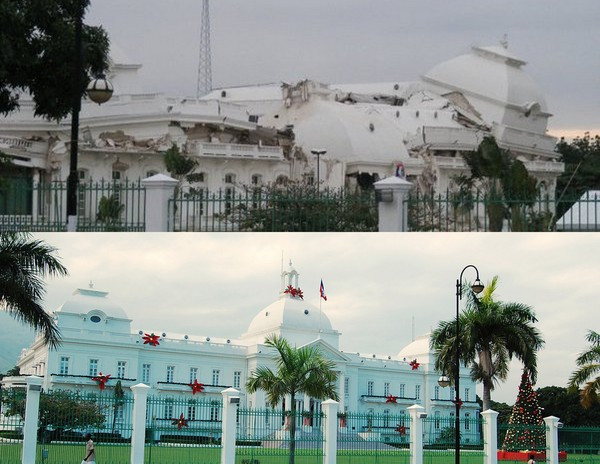 Looks like the Presidential Palace and the UN peacekeeping HQ are among the more prominent buildings lost in today’s quake in Haiti. Obviously the least of the issues.

The U.S. embassy survived. As of now, nearly midnight, I have not heard what the U.S. military is doing. USS Carl Vinson is underway and would be a great choice to send.

It’s night in Port-au-Prince. It will not be a quiet one, with aftershocks continuing. I have to wonder about looting, as well. The UN is there to keep the peace for a reason and this chaos is perfect for the gangs to re-emerge.

The northern parts of the country seem to have suffered much less damage.

Mike Godfrey, an American contractor working for the U.S. Agency for International Development, said “a huge plume of dust and smoke rose up over the city” within minutes of the quake — “a blanket that completely covered the city and obscured it for about 20 minutes.”

Witnesses reported damaged buildings throughout the capital, including the president’s residence and century-old homes nearby, and The Associated Press reported that a hospital collapsed.

Earthquake in Haiti – aftershocks as recorded by the US Geological Survey 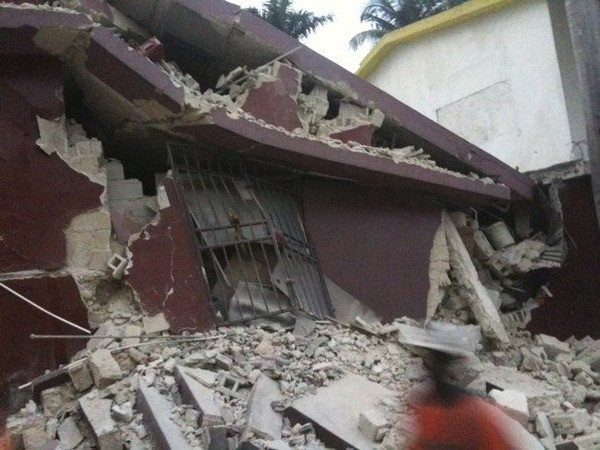 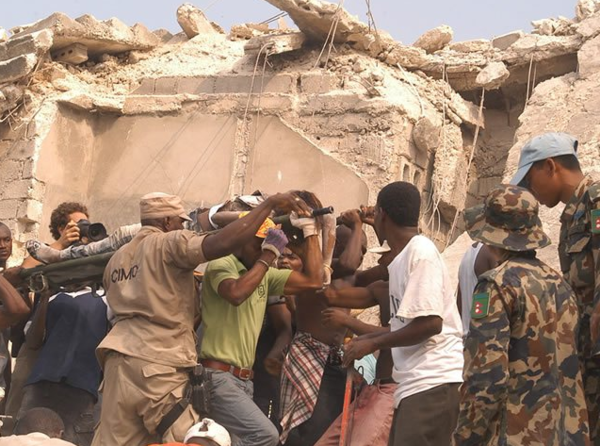 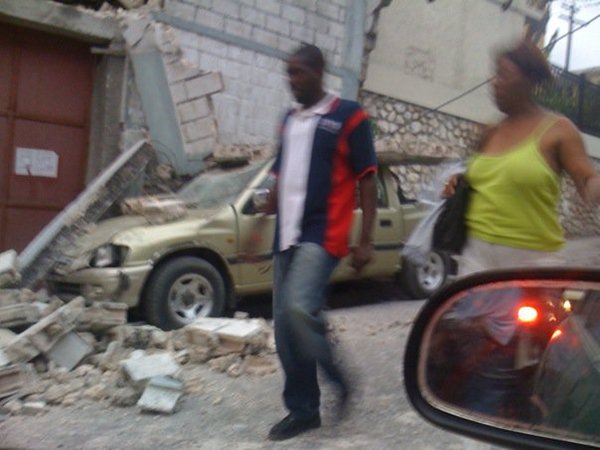