Convincing people to adopt healthier behaviors can be a difficult job. In Southwestern Madhya Pradesh, where RMF’s Community Nutrition Educators (CNEs) work in 600 villages across 5 districts everyday, targeted health education is crucial to combating malnutrition. For four years, each CNE has patiently worked in communities, identifying children and families in need of counseling, referring serious cases to treatment, and building crucial bonds with the community. Since 2010, our program has reached over 400,000 people with targeted health and nutrition messages. 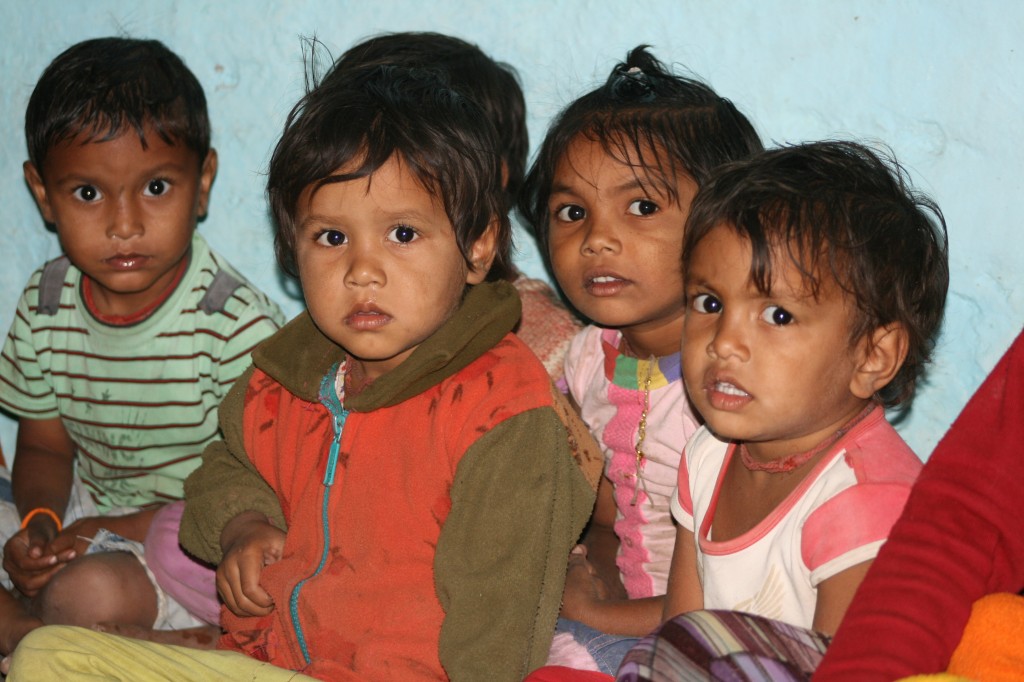 While not flashy or particularly glamorous, RMF’s boots-on-the-ground, or more accurately, chappals-on-the-ground, have been a steady and formidable force fighting malnutrition and increasing ownership of nutrition outcomes in some of the most difficult communities in the world. Each CNE’s relationship with her communities is crucial to improving nutrition and health related knowledge. These relationships are priceless, and earned through tireless efforts over four years of extremely hot summers and monsoon seasons of flooded and washed out roads. (Read about CNE Gendha Didi here).

The CNE’s task is not an easy one. According to the National Institute of Nutrition (NIN) 2011 survey, in Barwani District an estimated 34.8% of children suffer from acute malnutrition[1]. In the same district, there are alarmingly poor indicators of health and sanitation behaviors. Only 13% of mothers reported washing their hands before feeding their child, 53% reported washing their or their child’s hands after defecation, and only 5.8% use sanitary latrines. In addition, at the age of 5 months, only 41.2% of children were exclusively breastfed, and only 68% were breastfed within three hours of birth[2].

Three hours east of Barwani district by road, the situation in Khandwa district is just as dire. Facing rates of 29.8% acute malnutrition[3], only 18.3% of children aged 6 months[4] were exclusively breastfed, only 8.4% of households use a toilet facilities connected to or around their house.[5] To add to the challenge, only 56.5% of rural women in Khandwa are literate.[6]

In addition to the interpersonal communication that is the foundation of our program, RMF has also worked on developing and integrating technology solutions into our program in Madhya Pradesh. The technological solutions act as an extra tool in the CNE’s behavior change toolkit, complimenting their comprehensive understanding of the grassroots realities of each community she works in..

Having already introduced Commcare, a mobile phone based reporting, referral, and counseling tool in 2012 (read more about using technology to combat malnutrition here and here), in 2013 RMF began piloting a program using community based videos on nutrition and health topics with Digital Green. By equipping our CNEs in Khandwa with the tools to tell stories through movies, RMF provides targeted behavior change communication on health, nutrition and hygiene in a place where women have very little access to reliable health information and where only 56.5% of women can read posters, signs or brochures. The appeal of innovative medium and use of local themes draws attention, particularly in the land of Bollywood.

Since October, RMF’s team has produced 15 videos in various dialects on topics including malnutrition and its causes, proper breastfeeding practices, and available government services to combat malnutrition. Armed with small PICO projectors, about the size of an iPhone, CNEs have conducted 1,272 screenings in small targeted groups of six or more women and also in larger community groups, gaining a total attendance of 6,466 households across 90 villages. Screenings are followed by facilitated group discussions, which help clarify the messages viewed in the movies. 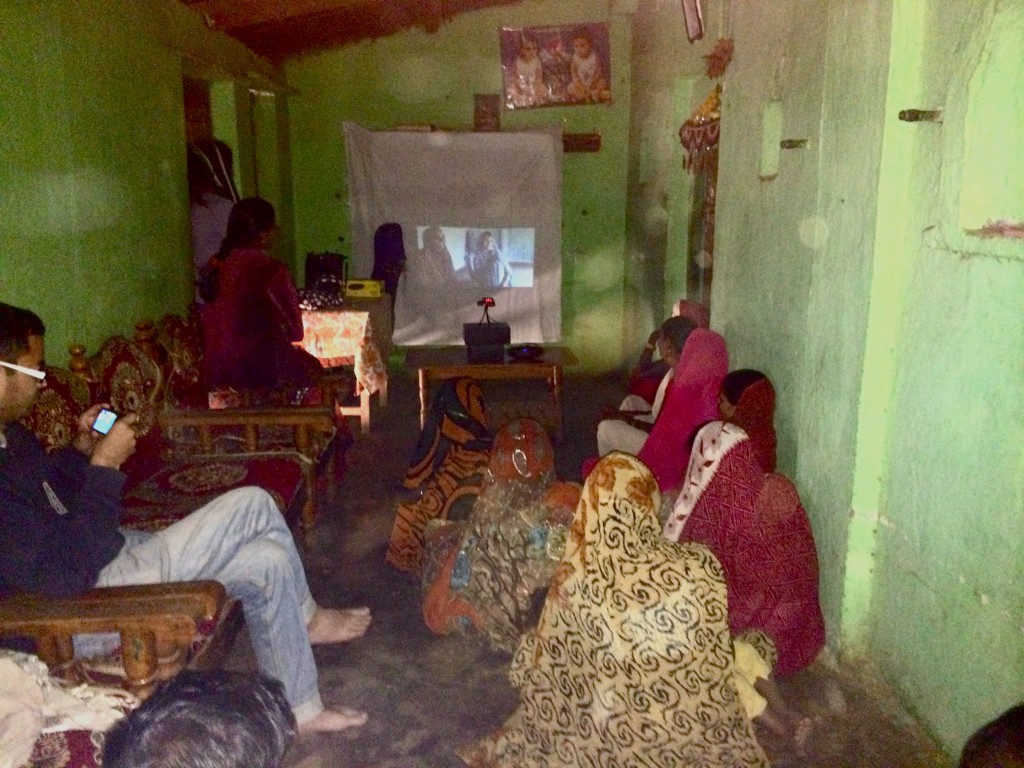 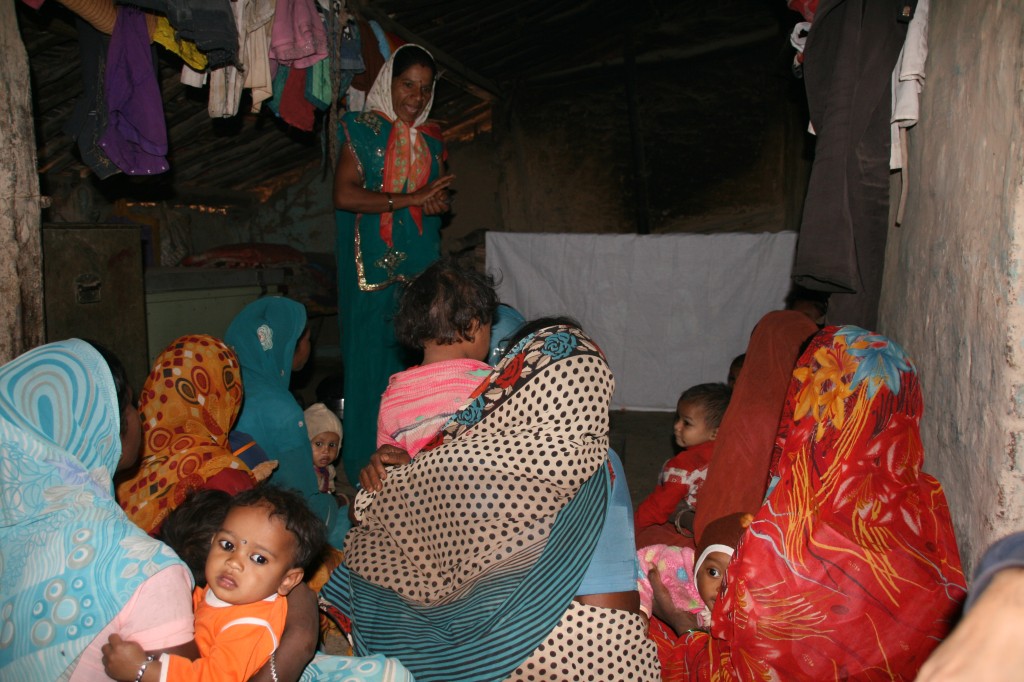 The results have been almost immediately visible.  On a recent visit to Khandwa, I accompanied our team to villages to watch screenings and follow up with households that had previously seen our videos. In addition to the interest they generated, the movies had already proven effective in delivering much-needed messages. One mother, after viewing a film on Moderate Acute Malnutrition (MAM), confessed that prior to viewing RMF’s film, she used rations provided to her child by the Madhya Pradesh government to supplement her entire family’s diet, and now uses those rations only for the recovery of her child. 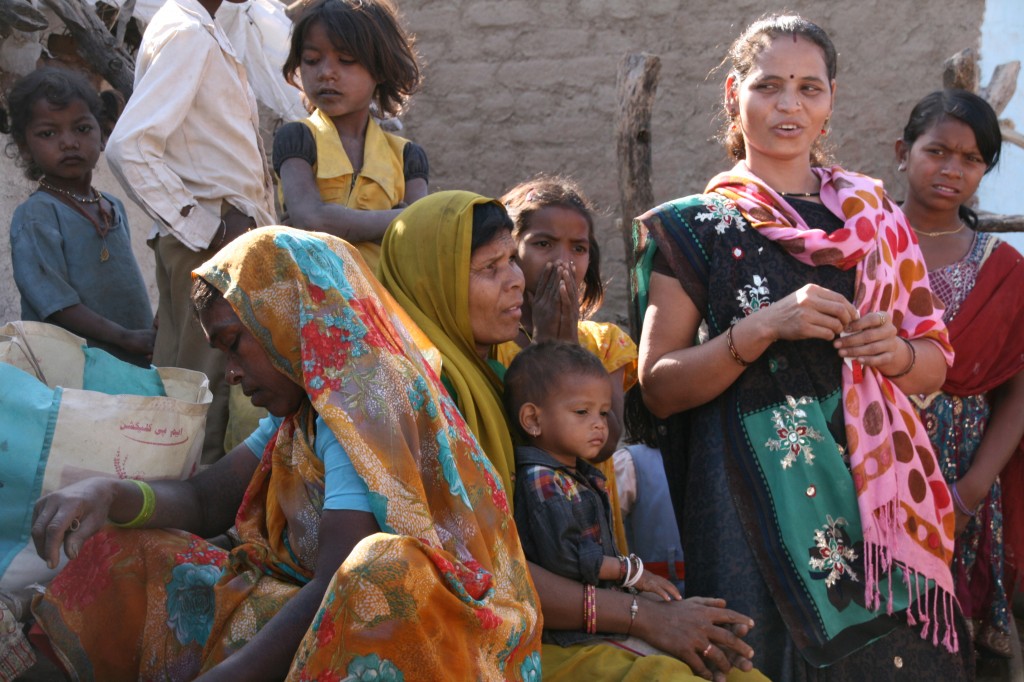 In four months, we have directly observed 179 adoptions of the behaviors recommended in our videos, and are working on verifying the longer term effects of our videos, such as the increase in awareness of practices promoted in the videos. Our goal is to see 6,500 households practicing behaviors outlined in the movies after a year of screenings across the 90 targeted villages in Khandwa.

RMF’s CNEs are now armed with three distinct tools: information, technology, and tenacity. Any one of these is needed in the fight against malnutrition, but when combined they go a long way towards liberating human potential and eradicating malnutrition. 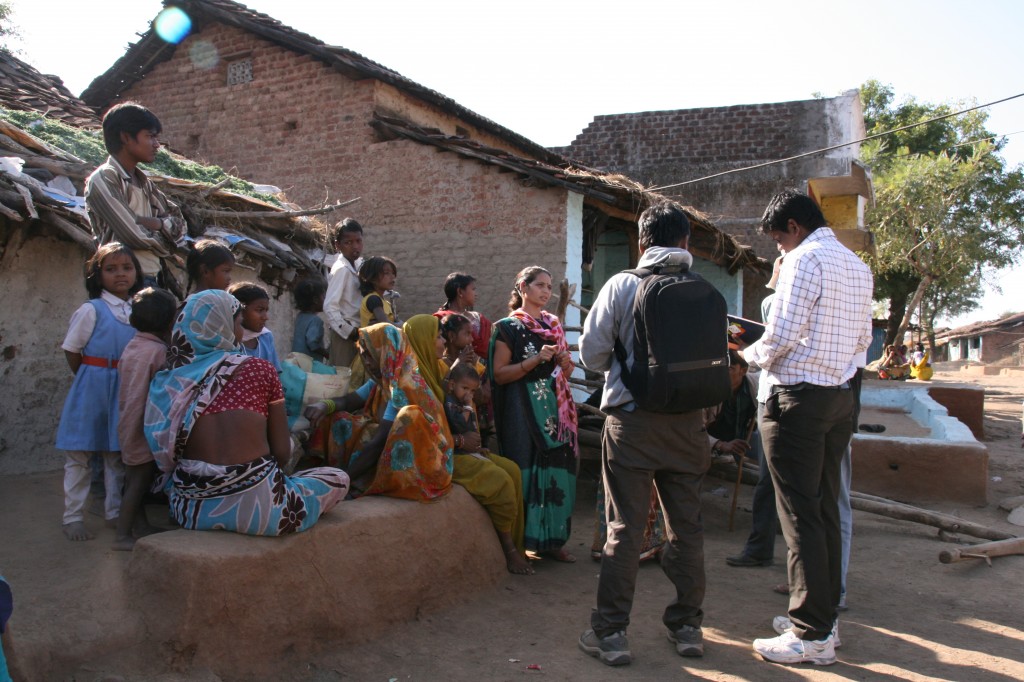 Categories: India Videos Voices from the Field or View All
Return to Top