excerpt from a report by Tita Dumagsa, Tony Dumagsa and Jonathan White

RMF Philippines Project Directors Tony and Tita Dumagsa, Board Member and VP of CITAA, Engr. Charlie Ng, and CITAA Board Member Engr. Marno Arcenas, whose car and services were used to transport the shipment to Bogo, acted as representatives for RMF and IRD.

The large crew of volunteers was able to unload the container in record time — they started at 8:30am and finished by 9:36am!

RMF was able to use the Bogo Sports Complex again as a staging area to hold and divide up medical supplies among the three hospital stakeholders: Cebu Provincial Hospital-Bogo City, Bantayan District Hospital and Daanbantayan District Hospital, all located in the typhoon-affected area of the Visayas. These hospitals have been overwhelmed with a significant increase in patients and dwindling supplies following Typhoon Haiyan/Yolanda.

Tony and Tita Dumagsa and Charlie Ng received many words of thanks and appreciation from the stakeholders, aides and workers for the donation, as well as for the previous shipment of pharmaceuticals from IRD/RMF. Everyone was happy to receive these supplies for their hospitals, patients and communities.

One of the doctors noted that thanks to the shipment of 5 boxes of disposable sheets patients could now stay local for surgery. Typically patients who must undergo surgery try to go to Cebu City, unless it is an emergency, because the local hospitals were not equipped to handle even minor surgeries. The disposable sheets will also be used for bed and examination table covers. 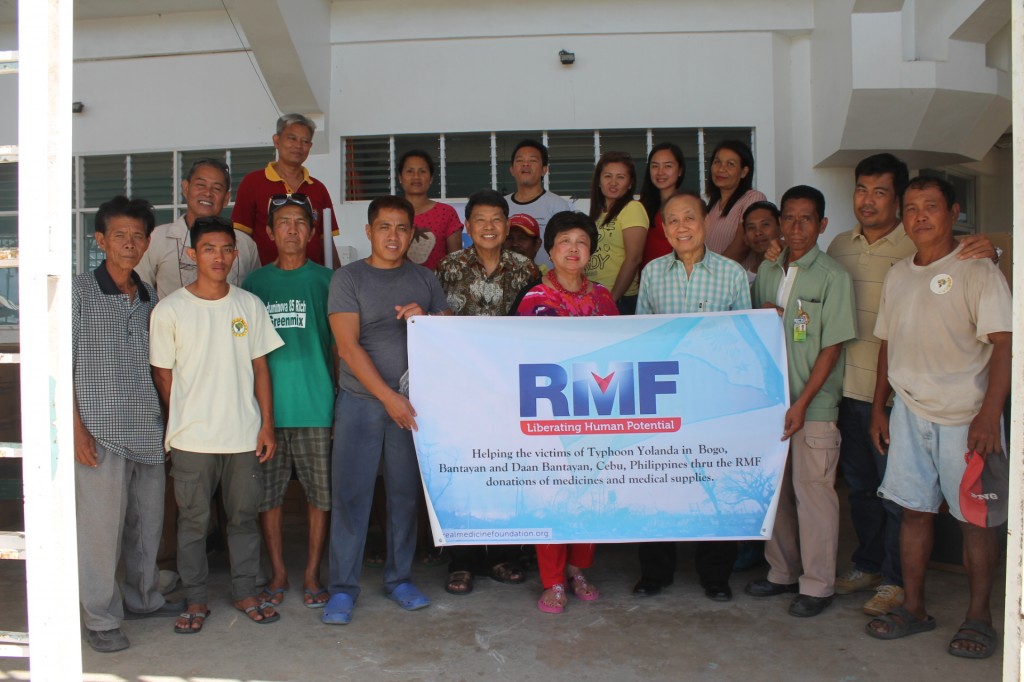 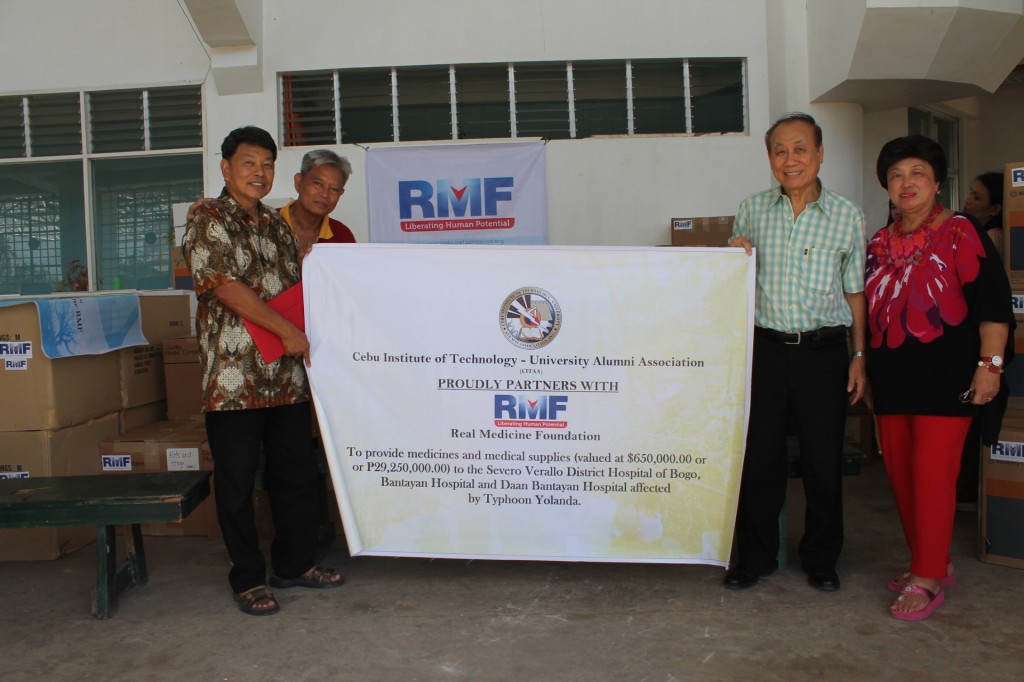 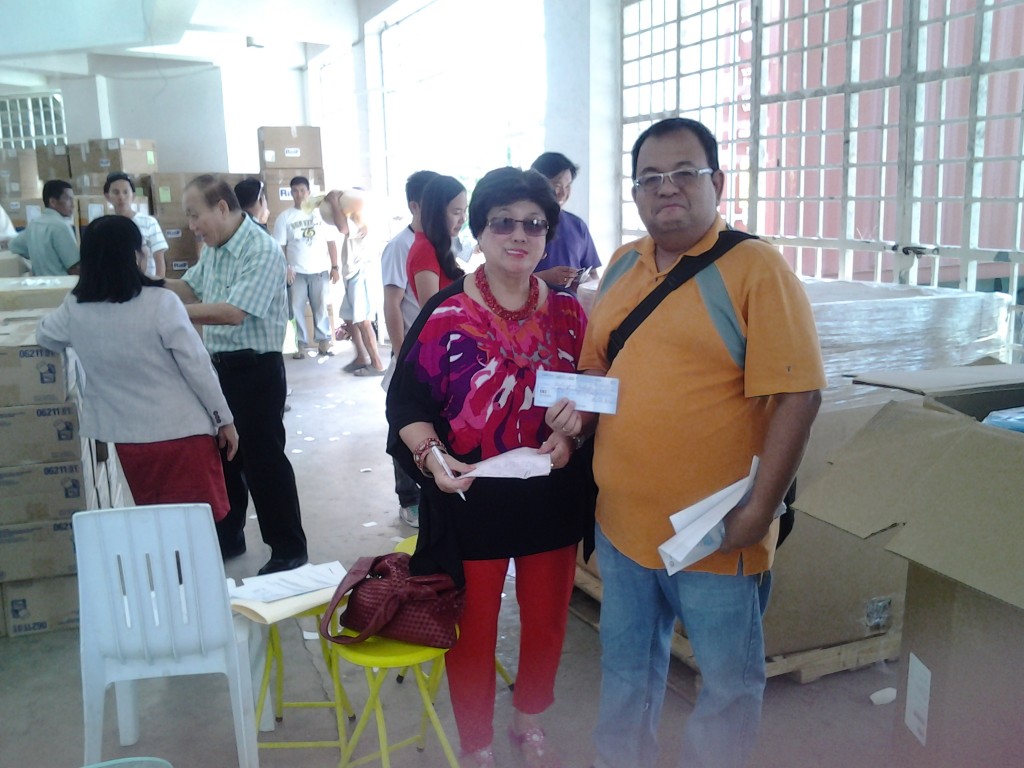 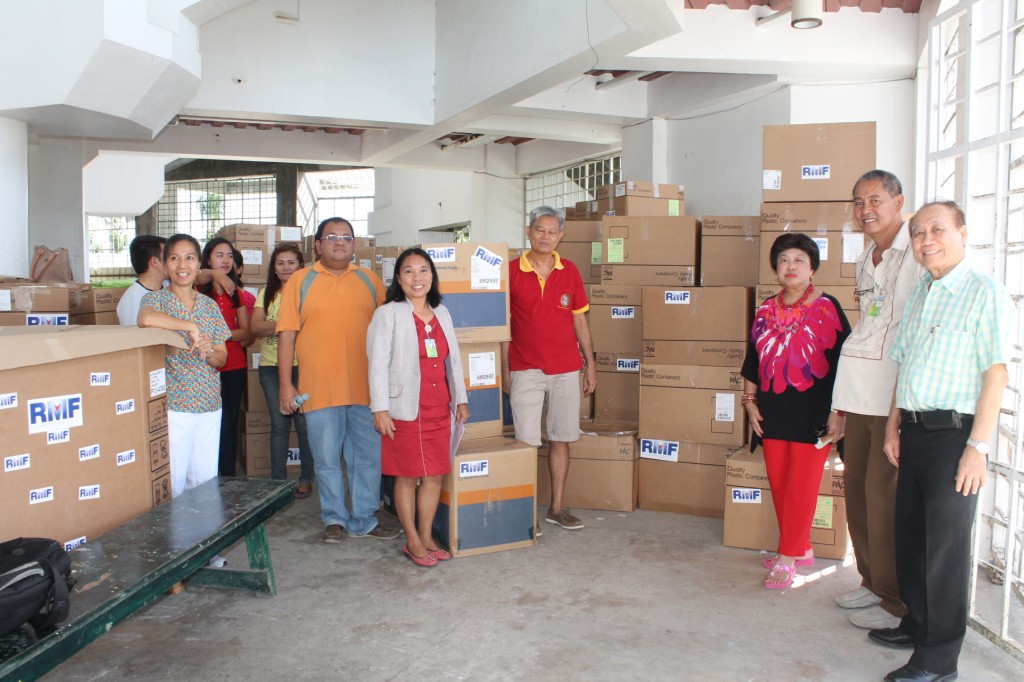 Categories: Disaster Relief In the news Partners Philippines or View All
Return to Top