Nimule Hospital started in the early 1970s as a clinic and was upgraded to a hospital in 1983. Interventions are in 3 main areas: Healthcare, Nutrition and HIV/AIDS. The bed capacity of Nimule Hospital is 174 beds, which is very small considering it serves the entire population of Magwi County (287,000 people), travelers from Uganda, and other neighboring counties in Central Equatoria State, and now in addition the more than 50,000 South Sudanese IDPs relocated to Nimule. Nimule Hospital departments and services include: OPD; MCH, ART, TB, and Sleeping Sickness Programs; OR, Pediatrics, Maternity Department; one ambulance for referral cases.

Since RMF South Sudan was asked to support Nimule Hospital, we met with Medical Director Dr. David Nyuma and his team. 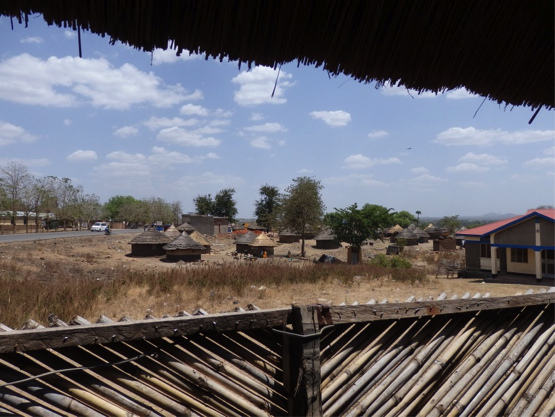 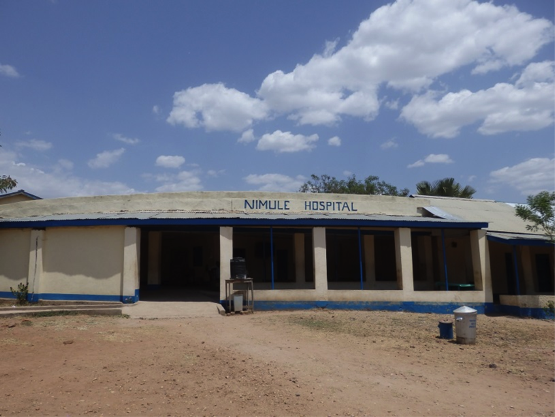 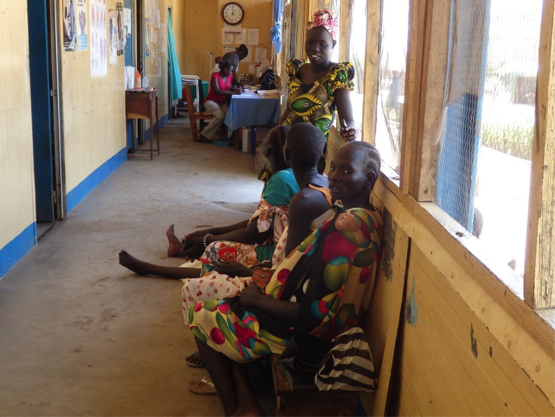 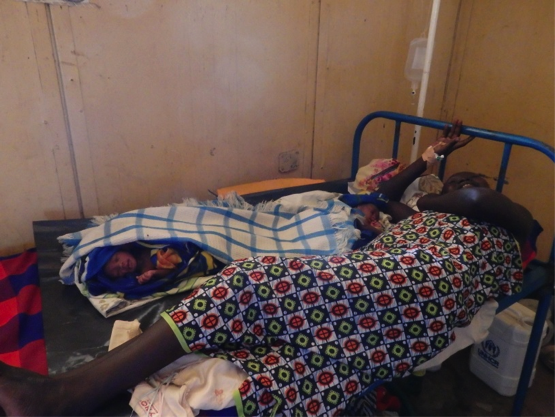 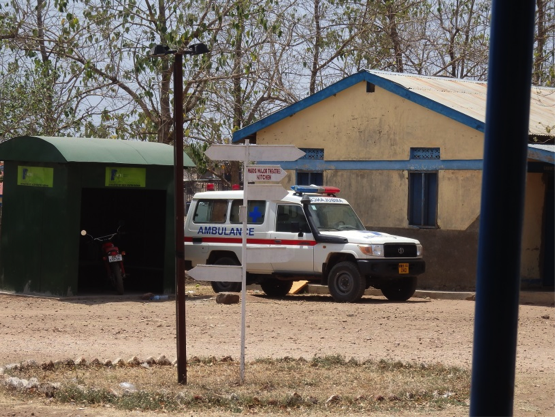 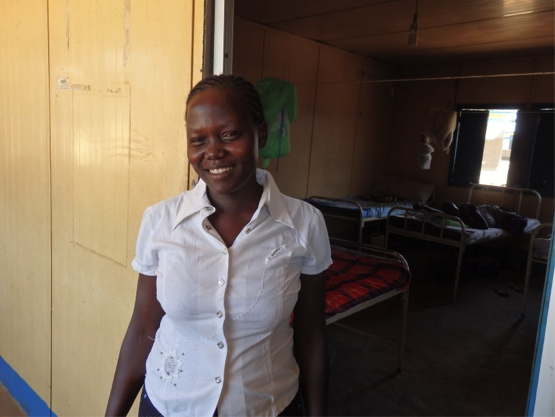 Midwife Agnes, one of JCONAM’s graduates, employed by Nimule Hospital 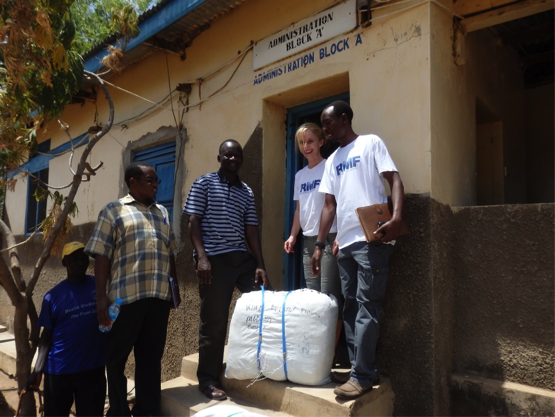 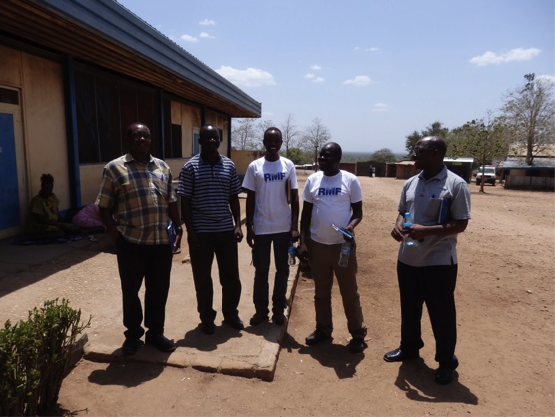 We continued to IDP camps at Hai Kanisa Church, at the South Sudan side of the border, for a rapid assessment of the IDP situation. We were accompanied by 2 friends of RMF’s South Sudan team for translations, Richard Amada and Chol Abraham.

Their stories were desperate and sad. “They came, killed everyone, burnt down houses; they did not spare even my old Mother …. “ One woman speaks as tears roll down her cheek.

We found almost exclusively women and children, in 115 °F, without shelter or shade. They didn’t even have enough mats for all of the children to sleep on. It had started to rain at night, and they tried to squeeze into a nearby container to find shelter. The mothers didn’t have enough food for themselves and their children, and reported that many of the children had been getting sick with diarrhea.

Many visitors had come by and taken photos, but none of them had returned. Many of the women were very angry, understandably. It is always a judgment call to document the situation with photos, since we have witnessed so many times the same stories: Photos are taken; promises are made, but not kept. On the other hand, to document and share the despair and need is almost impossible to do without photos.

We had about $350 in cash and decided that we would try to help with at least something, so they wouldn’t feel so completely abandoned. 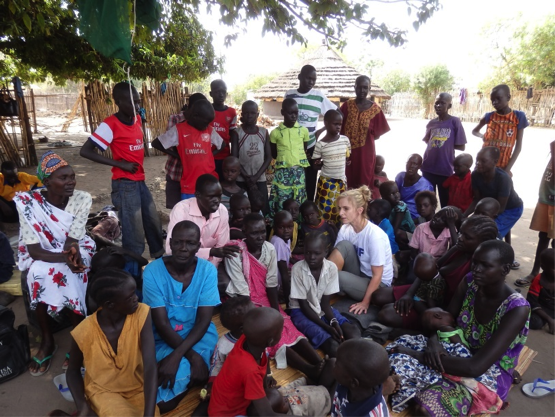 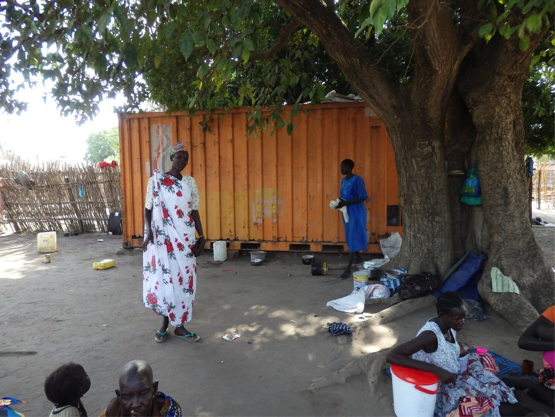 We bought posho, beans, cooking oil and papyrus mats in Nimule, and brought them to the IDPs: 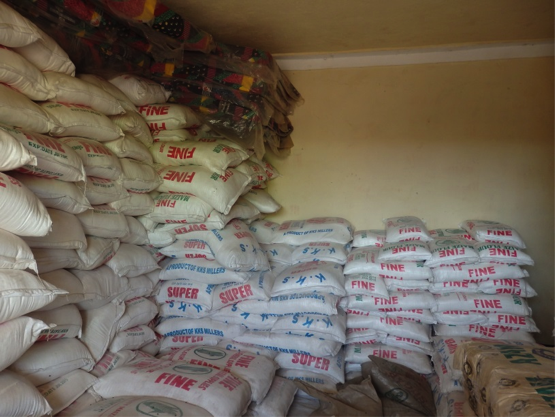 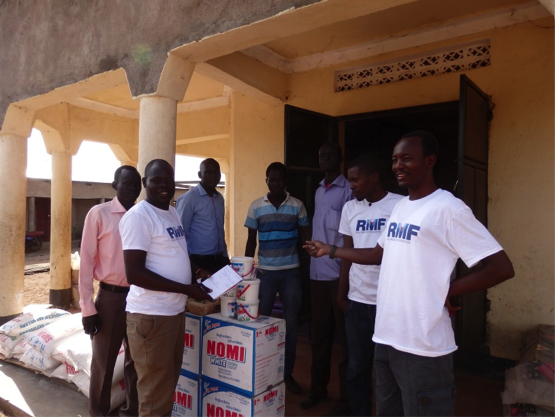 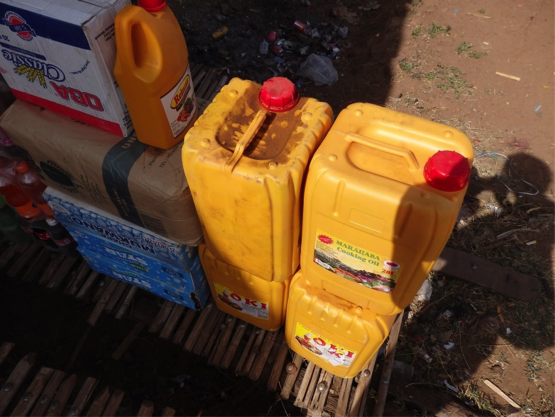 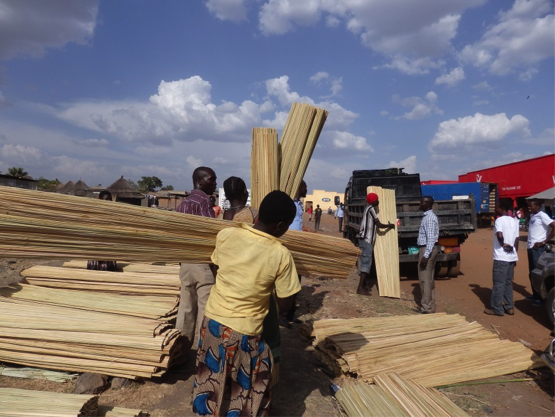 Their joy was incredible and humbling. They started to pray and thank God that he made our gift happen for them. The most touching transformation was that of one very outspoken, angry, older woman. Her smile and gratitude was beyond words. She expressed that our coming back made her believe in God again. 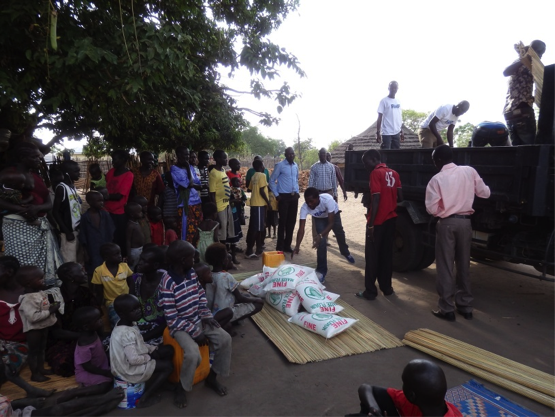 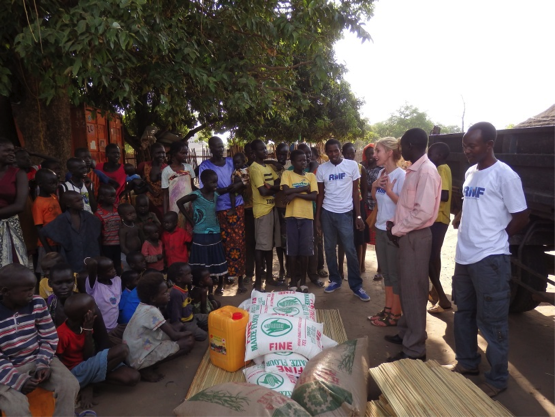 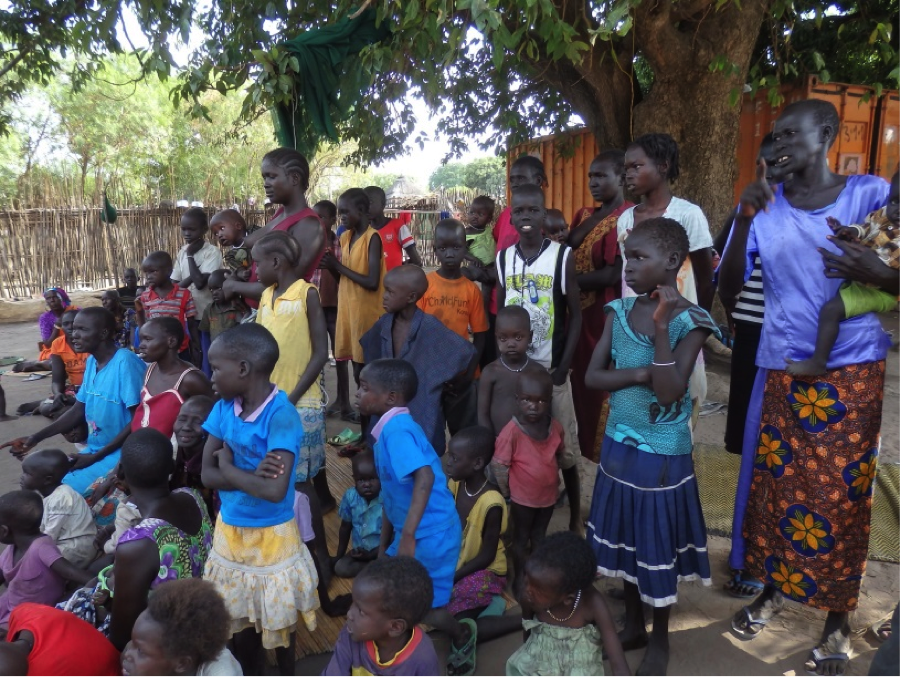 Tomorrow: News from the refugee camps in Uganda.

Categories: Disaster Relief In the news South Sudan Uganda or View All
Return to Top