In the evening on February 23 RMF’s South Sudan and Uganda teams parted ways and Martina and crew drove to the Kiryandongo Refugee/ Resettlement Camp.

RMF has been serving Ugandans, Ugandan IDPs and refugees from other African nations since April 2008, when the RMF team first arrived from the US to the Mulanda Refugee Transit Centre, giving emergency assistance to the large influx of Kenyan Refugees escaping political violence in Kenya.  This emergency help was initially in the form of psychological trauma and social support, school fee subsidies, clothing, care kits and seeds for the refugees to start their own small gardens.  During this initial phase of emergency assistance, help was also provided to the surrounding local Ugandan communities of Tororo through the Mella Health Centre, St. Anthony’s Hospital, the Mama Kevina Comprehensive School, and the youth in the slums surrounding the Mama Kevina School.

When the Kenyan refugees were eventually transferred from the Mulanda Transit Centre to the Kiryandongo Refugee Settlement in mid-2008, the RMF team followed and continued to provide school support, medicines and medical supplies, and other projects as needed.  RMF also continued to maintain its presence in Tororo.

Since those early days, RMF has greatly expanded its support and development initiatives at the Kiryandongo Settlement to both Ugandan IDPs and refugees from numerous other African nations with Vocational Training, Water System Repair and upgrades, School Fee Support, Support of Kiryandongo’s Panyadoli Health Center with continuous medicine and medical supplies as well as personnel support; RMF also continues its support to the Mama Kevina Boarding School and Orphanage, and is now also constructing additional buildings on the school’s campus.

Also in Uganda, RMF runs youth projects in Buwate and has supported refugees from the DRC, and renovated and completely equipped a new hospital in Nakalanda.

The Kiryandongo Refugee Settlement in Bweyale, Uganda, is a UNHCR managed refugee settlement that provides shelter, land and support for more than 25,000, comprised of Ugandan IDPs and refugees from Kenya, Congo, Rwanda, Burundi and (South) Sudan.  RMF has partnered with UNHCR in supporting Kiryandongo and the greater surrounding community of Bweyale (an additional 30,000 residents) with health care, education and vocational training since 2008.  Our vision at Kiryandongo has always been to help the refugee communities get back on their feet through better health, education, and new work skills/vocational training so that they are equipped to leave the Refugee Camps and be able to support themselves.

Since the end of December and as of February 24, 2014, Kiryandongo has received an influx of more than 12,000 refugees from South Sudan, and is expecting as many as 40,000 more.  These new refugees will be in need of health care at the onsite RMF supported 2 health centers, education funding/support for their children at the settlement schools, and other livelihood and water/food/supply support.

There are horrific stories from so many people whose parents, children, loved ones killed in front of their eyes. I was very impressed how the Uganda OPM reinforces (as RMF does) in the camp:

"There are no tribes; there are just people living together now and trying to help each other." 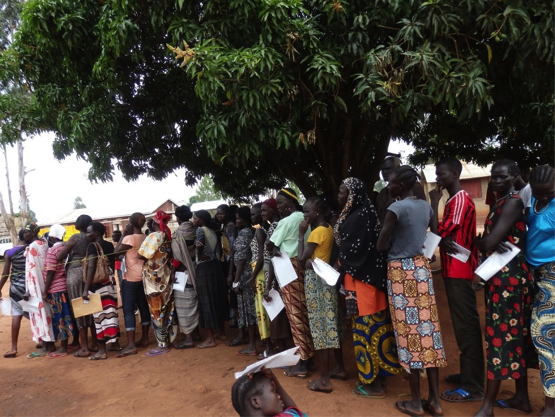 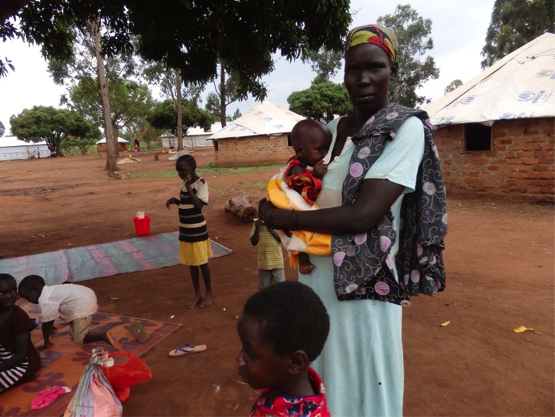 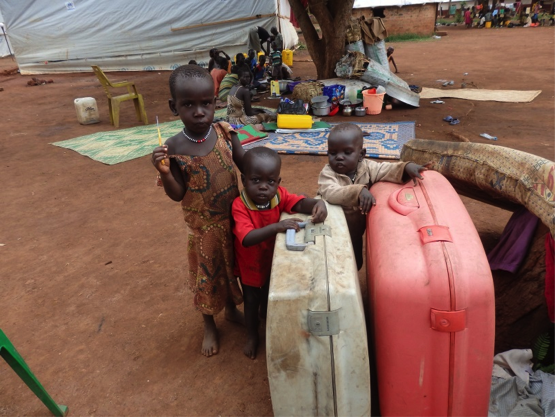 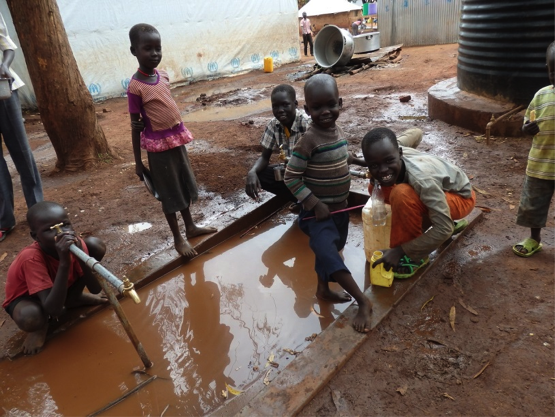 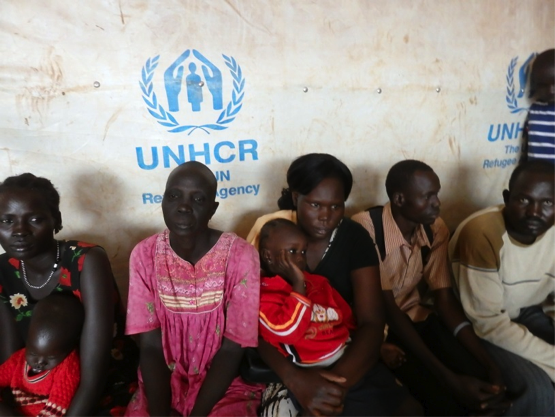 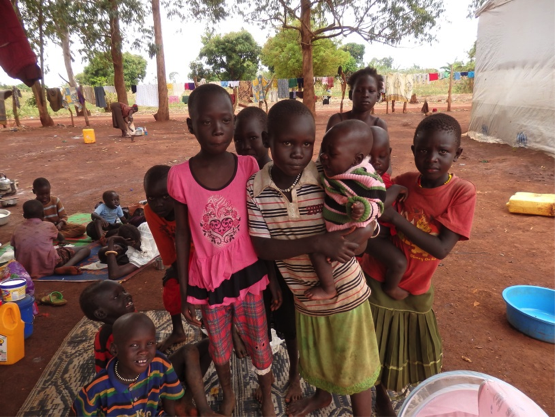 Categories: Disaster Relief In the news Uganda Whole Health or View All
Return to Top