Pablo Ng’asike, a 13-month-old boy from Loareng Village in Turkana County, was admitted to Lodwar District Hospital with Kwashiorkor (a form of malnutrition that occurs when there is not enough protein in the diet), severe anemia, oedema+ (also known as dropsy, is where there is an excessive build-up of fluid in the body’s tissues), dermatitis (inflammation of the skin) and very high fever. Pablo is the 2nd born in a family with six children. The mother and father are alive but very sickly. The mother is a housewife and the father is a herdsman. On admission Pablo had massive swelling of his face, high fever and was gasping in pain. (warning: graphic image below)

All the above medications are purchased and supplied by RMF/MMI. The following day Pablo developed a fever of 39C and was introduced to Ceftriaxone 500mg bd 5/7. On day 12, Pablo’s weight drastically reduced to 7.2kg and the swelling had subsided. Temperature settled to 37.2C. By the 25th day, his general condition had improved immensely, vital signs became normal. He was later reviewed by the doctor and was found to be stable and fit for discharge.

Nutritional Support:
Pablo was given F-75 (therapeutic milk products designed to treat severe malnutrition) for 4 days until his edema subsided. He was then graduated to F-100 for 3 days. On discharge, he was given Ready to Use Therapeutic Food (RUTF) and advised to come back weekly for follow up. 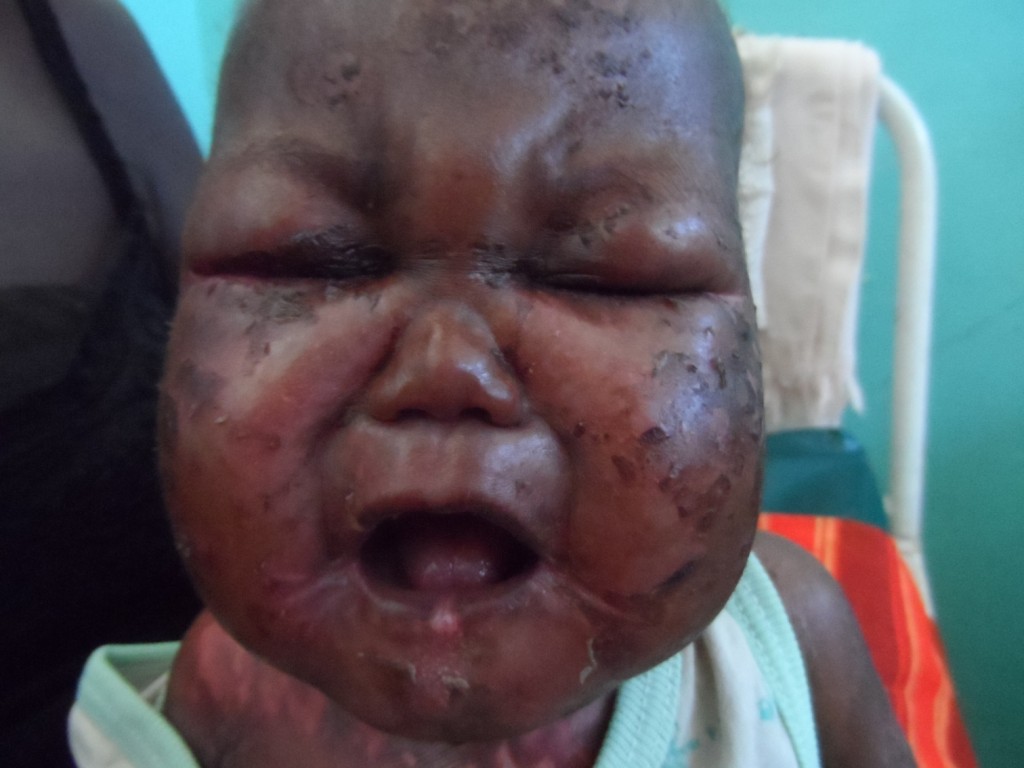 Pablo on the Day of Discharge
He is even able to eat unassisted — a remarkable development considering his condition upon admission.