When the fight broke out in Juba in mid-December 2013, Peter and his family were in his home town Baliet, which was overrun by the opposition forces on January 11th, 2014. As everyone took cover and ran for their safety, Peter was separated from his wife and they were not able to locate each other at that time. Peter ran with the first three children (Abuk, Awol and Monyuat) and his wife ran with the 3-year-old child and the baby. Peter finally made his way to Palogue (Malut County in Upper Nile State), then to Juba on January 19th, 2014 and immediately proceeded to Kakuma refugee camp in Kenya. He left the children there with a relative and returned to Juba to continue with his studies at JCONAM. Fortunately, Peter managed to connect with his wife who took refuge in Renk County (Upper Nile State) and requested she come to Palogue where there is an operational airstrip with regular Dar Petroleum flights. Peter desperately wanted to reunite with his wife and children but was unable to afford to airlift his wife/children from Palogue to Juba and to Kakuma to reunite with the three children.

During this critical moment, RMF stepped in and facilitated the transportation of Peter’s wife and the children from Palogue to Juba by air on March 28th, 2014 and then to Kakuma refugee camp by road on March 30th, 2014. Peter confirmed to RMF the arrival of his wife and children to Kakuma.

March 28th, 2014 was a turning point for Peter: On seeing his wife and children at Juba International Airport, the depressed Peter was full of joy and his wife and 3-year-old girl were equally delighted to see him. RMF staff then drove them to New Site (suburb of Juba) to the house of a friend of Peter’s where they rested before leaving for Kenya.

Peter gathered the family members housing his wife and said:

"God bless RMF for doing all this for his family and I pray that RMF grows bigger and bigger. I now know that we as South Sudanese, we are ONE people; it does not matter where you originate from and one’s ethnicity should not be a factor when delivering services." (He couldn’t believe this, his fellow South Sudanese from different regions and ethnicities coordinated all this and made sure his wife and children made it safely to Juba and are now going to facilitate their travel to Kenya, Kakuma Refugee Camp. He now believes in unity and that every individual is a child of God). “God bless you all, the donors and RMF as a whole. Now, I will concentrate on my studies, and will keep updating you about the condition of my family. Thanks and God bless you.” 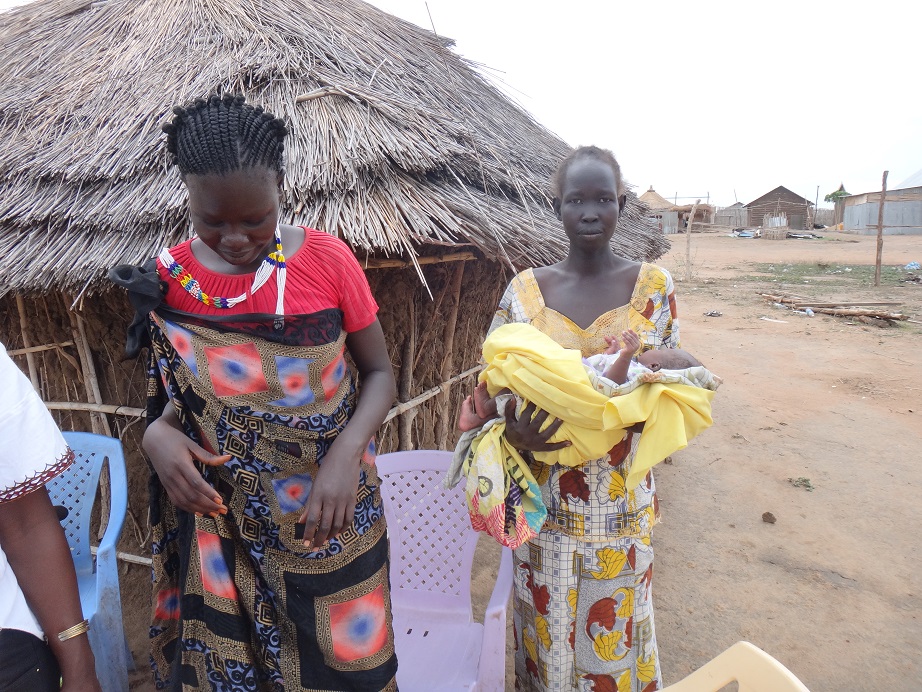 Peter’s wife Ajak Aben Nyak and friend who received them at her home in Juba, carrying the 3-month-old baby 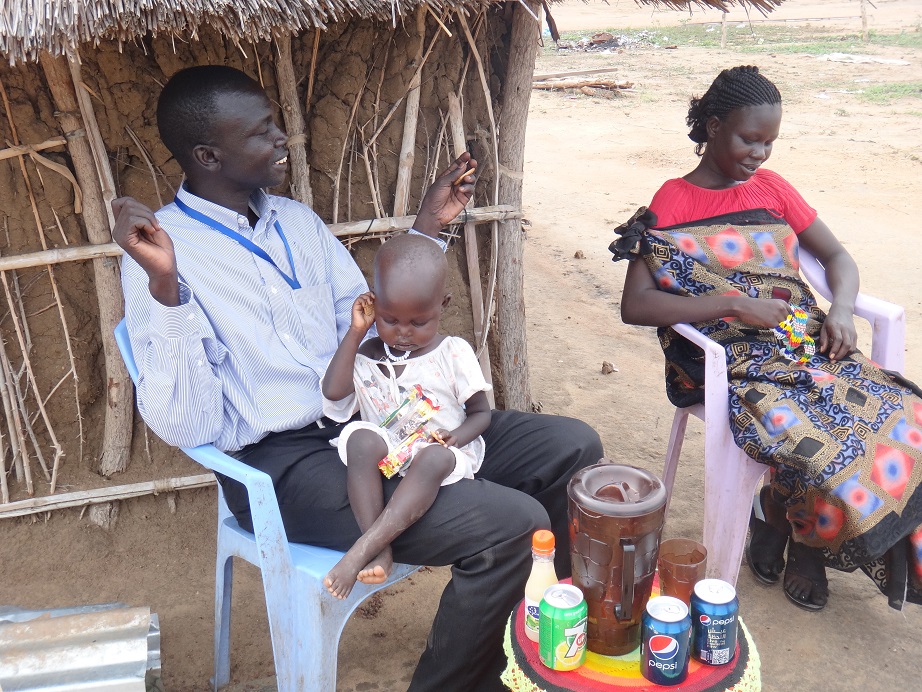 L to R: Peter Atiep holding his child Nyalueth and his wife Ajak Aben Nyok; all are happy about the reunion 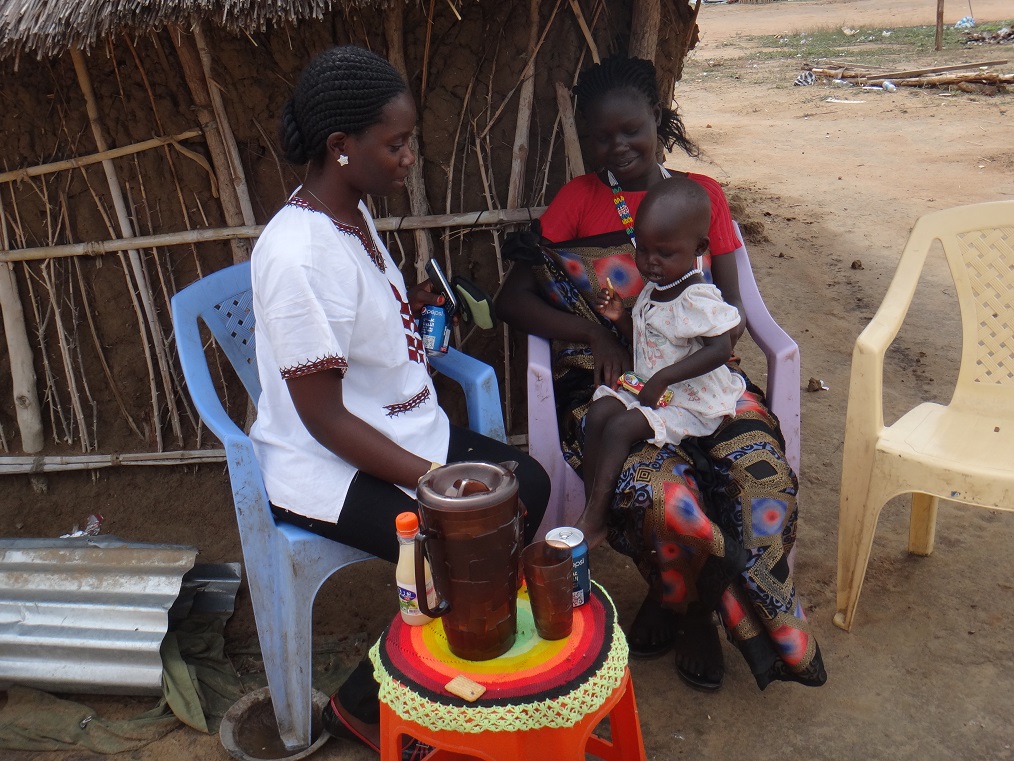 Ajak Aben and Nyalueth visit with Emily, a medical student from Juba University who went to see them 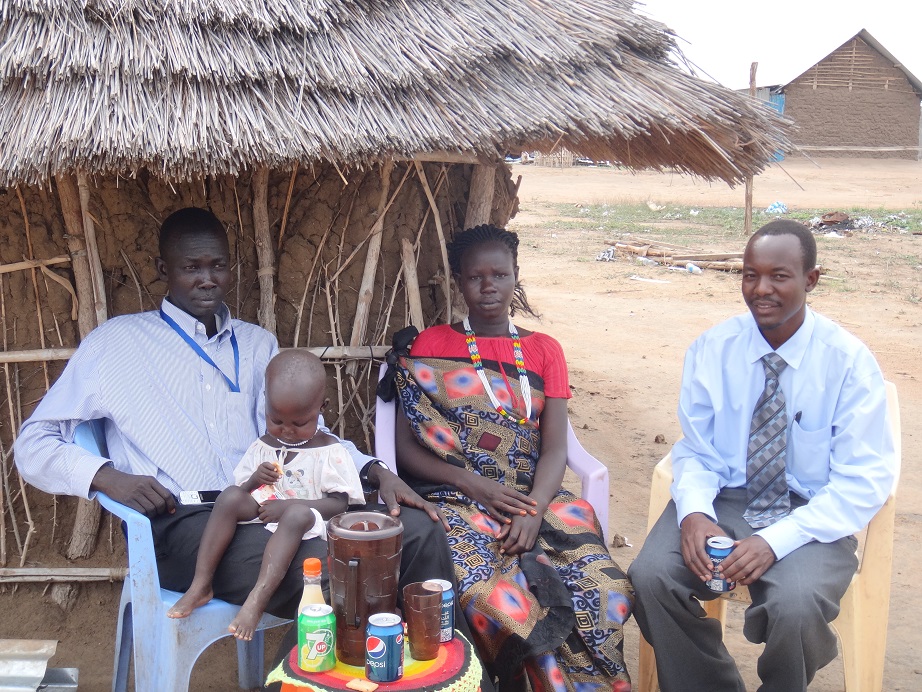 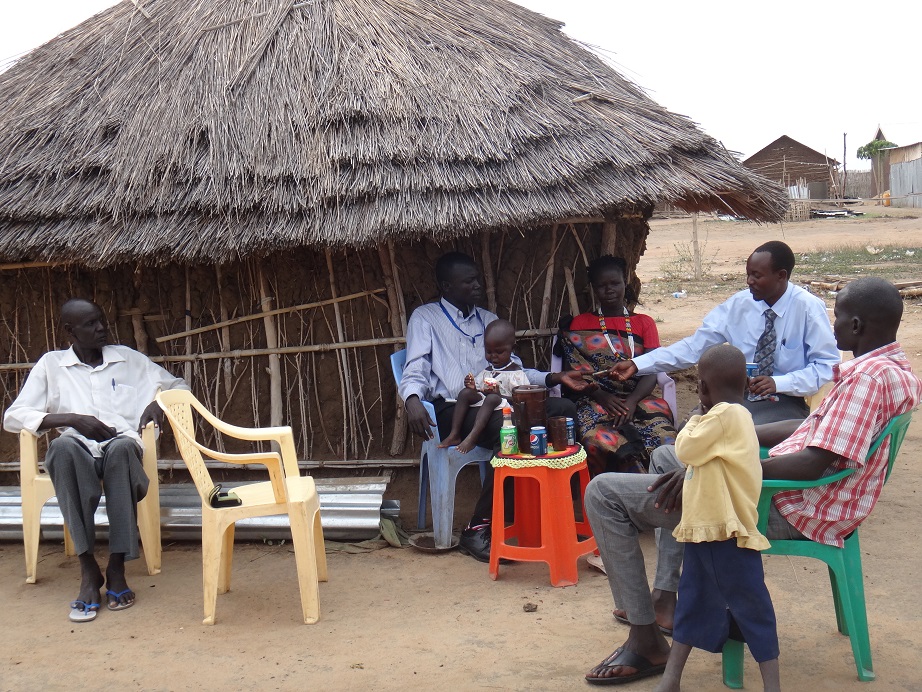 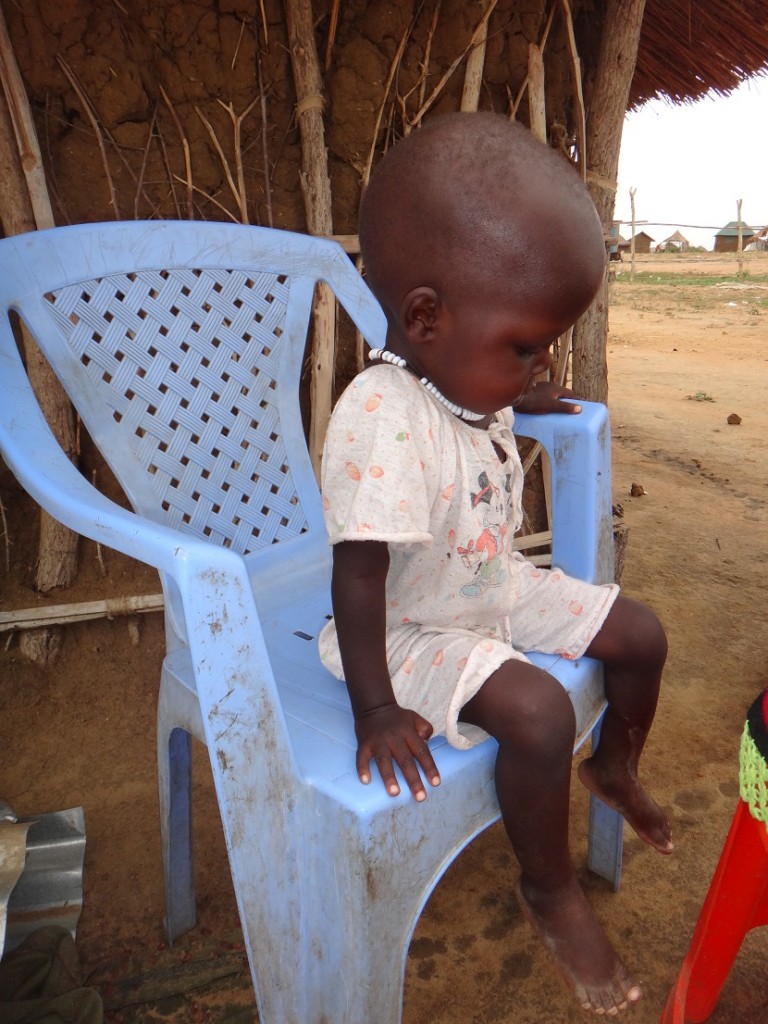