In August 2013, three years after the fateful floods of 2010, District Charsadda was the last to be struck off the list of flood affected areas of KPK and the government announced that the road to recovery was at last present. The Pakistan People’s Health Initiative (PPHI), a semi-government body had signed an MOU with the KPK Health Department to adopt all the BHUs in the main districts of Charsadda, Nowshera and Swabi, effectively revitalizing the BHU in Union Council Agra. Given RMF’s mission to avoid duplicating services, the primary health care services in the Agra Health Project were closed. Read the full report here.

Parvaiz
One of our first patients to frequent our Agra Health Center, fifth born son of his parents, Parvaiz was born severely physically handicapped, affecting his speech and facial expression as well. Unable to communicate, the family always treated Parvaiz as mentally challenged as well and hence he had lived his 7 years socially ignored by his kith and kin except his mother who insisted that he communicated with her with his eyes. Attributing this to maternal instinct, the family cast aside the mother’s insistence that he was not mentally challenged, only physically handicapped.

RMF’s Health Center was the first time the family had a doctor at a walking distance from their poverty stricken makeshift home. Parvaiz was brought to the clinic for his first ever evaluation by a doctor. On examination, RMF’s doctor came to the conclusion that his mother was right all along, Parvaiz was mentally as fit and aware as any other 7-year-old. Lacking the physical capacity of contracting and relaxing his facial and oral muscles, he was unable to speak or change his expression but could understand all that was happening around him. The expression of delight on his mother’s face was priceless; the family was instructed to keep Parvaiz fully involved in the family and all should talk to him as a normal person and given time and perhaps proper therapy, he might eventually grow to live a semi-normal life. A private citizen from Peshawar had donated the wheelchair, depicted below, to the family. 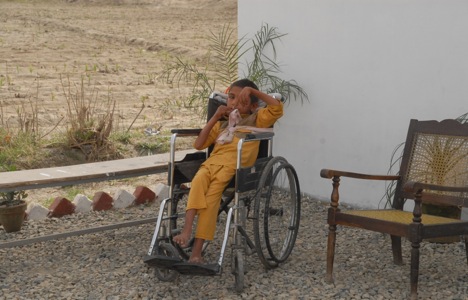 Spogmai
Spogmai, which means “Moon” was 20 months old when she came to our clinic with a presentation of a severe chest infection that, according to her mother, had plagued her on and off at varying intensities since her birth. The mother never understood that Spogmai was an asthmatic child and would turn to traditional healers for her repeated episodes of breathlessness and frequent chest infections. With RMF’s Health Center a 5-minute walk from the family’s house, Spogmai received a simple antibiotic course for her chest infection, diagnosed as pneumonia and recovered completely. The family was educated about asthma and instructed on how to prevent and/or deal with mild asthmatic attacks at home.

Mashal
Mashal (which means “Light"), a 12-month-old girl, was brought to our clinic in UC Agra, Charsadda by her panic-stricken parents.  She presented with respiratory distress, extremely high fever and a full body rash.

Mashal was born premature and her weakened state was exaggerated by the fact that she was not breastfed by her mother who had been misled into believing that bottled milk was a better option. A weak baby, at nearly a year of age, she looked 6-7 months old and could not sit unsupported. Mashal had contracted measles from her older siblings and cousins living in the extended family set-up and within a few days of spots erupting over her body, she rapidly slipped into respiratory complications and pneumonia.

Mashal came to us with very high fever, her breathing was rapid and shallow, and her skin color had a bluish pallor. The child immediately received urgent medical care and within a few days was on the road to recovery. Even in previously healthy children, measles can be a serious illness and as many as 1 out of 20 children under five with measles develop pneumonia. In developing countries where malnutrition and Vitamin A deficiency are common, measles can kill 1 out of 5 children. Mashal with her weak nutritional status, stood a reduced chance of recovery but it is because of our clinic that she was lucky to have survived this episode.

Mashal is the youngest of 6 children born to Sakeena and Amjad whose only source of income comes from Amjad’s daily laborer wages and, according to her mother, had not had any vaccinations since her birth (Sakeena delivered all her children at home at the hands of traditional birth attendants called ‘dais’).  Mashal was registered with our EPI team and we ensured that her vaccinations are up-to-date as her mother was educated on the importance of this aspect of all her children’s health. 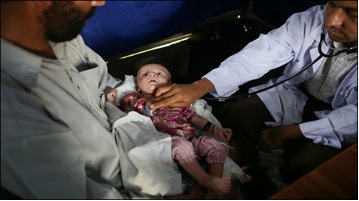 Razia
Razia Bibi, a 70-year-old widow living alone while her two sons work in Karachi, 3,000 miles away, was plagued with several medical issues attributed to her advanced age. She stated:

“I am sick and can’t go to the hospital in Peshawar because I am alone and can’t afford the transportation.  This hospital and your medicines gave me hope for life. Now I am not dependent on my children to come home on holidays and take me to the doctor.” 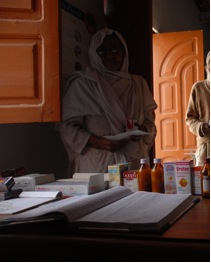 The Children of Agra
Private philanthropists from the UK donated a boxful of Teddy Bears to PHF who had them shipped to the Agra Health Center. About 25 Teddy Bears were distributed to children visiting the hospital and other children who poured in once the word was out that little furry toys were being given to each child, for no reason other than being a child, with the only return being asked was the pleasure of their delighted smiles. A light happy day where we hope the new furry friends provided comfort and smiles to the girls and boys, lessening some of the post-tragedy psychological trauma caused by the floods. 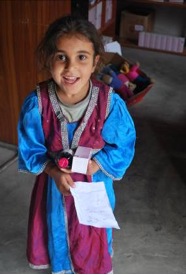 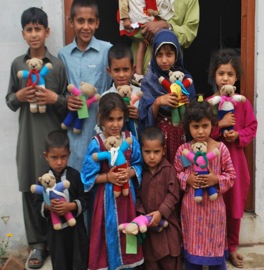 Categories: Disaster Relief Pakistan Voices from the Field or View All
Return to Top