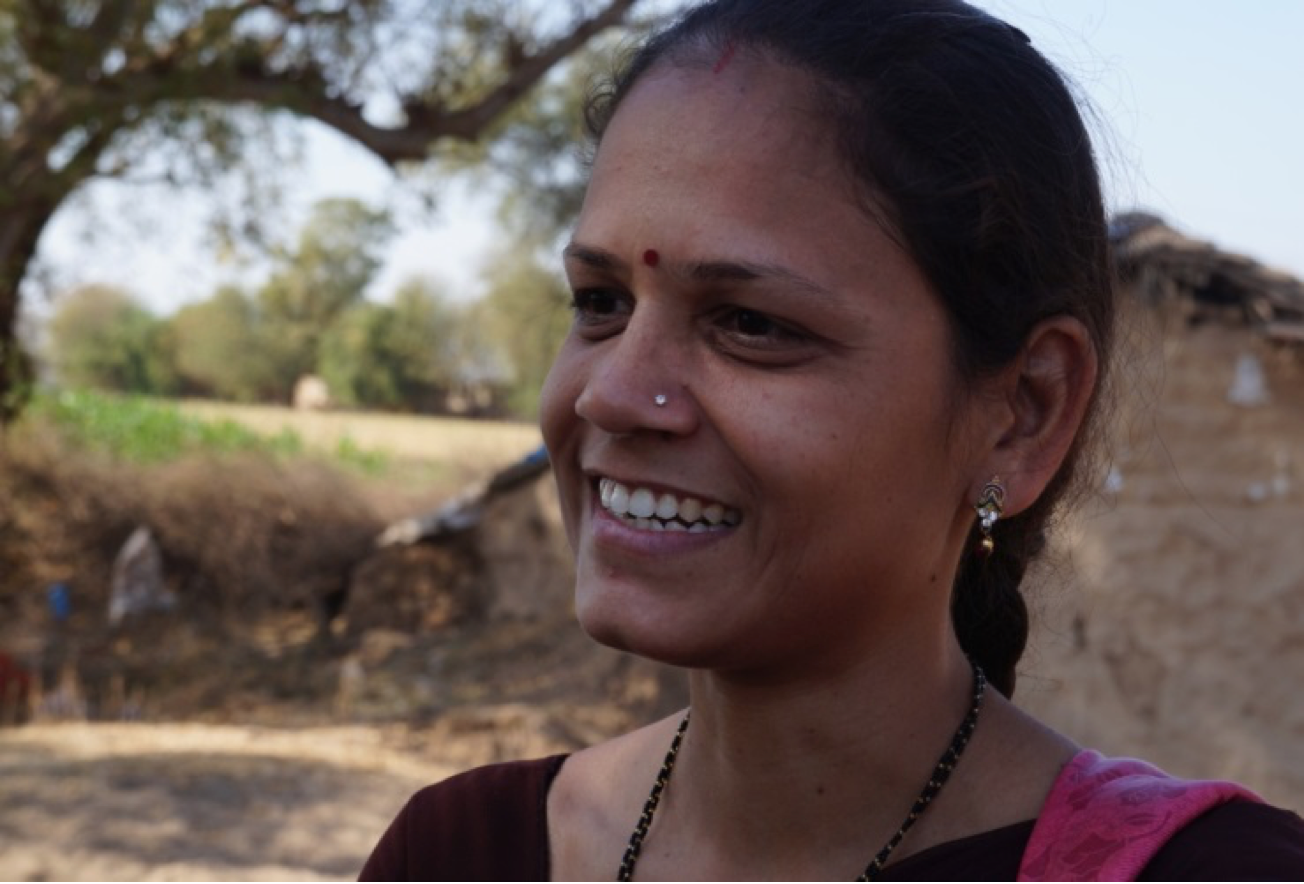 Rekah Mawi is a resident of the Barwani Tribal district of Madhya Pradesh, India. At an early age, she married a daily wage earner named Anil. Rekha soon realized that her husband was an alcoholic, and his meager daily income coupled with his frequent, compulsive spending on alcohol was not enough to support the family. Rekha was specially concerned for the welfare of their two children. On April 1, 2010, Rekha met with Radha Chouhan, the District Coordinator of RMF India’s Barwani office. Rekha shared her plight with Radha, who recommended her case to RMF’s district management team. With management’s approval, Rekha was hired as a cook for RMF’s Barwani office. During her days as a cook, RMF project management learned that Rekha had studied up to the 12th standard, and noticed that she possessed strong interpersonal and communication skills. With these qualifications, Rekha was capable of serving as a Community Nutrition Educator (CNE). Subsequently, Rekha was given the new role of CNE, to promote health and nutrition in 10 villages in the district of Barwani. She received the required counselling training from RMF, and started conducting home visits to screen children for malnutrition status and connecting households with service provision centers such as Anganwadi centers and/or Nutrition Rehabilitation Centers. Rekha soon started to recognize her own abilities, and so did RMF’s district team management. In addition to individual and community counseling, Rekha also referred several children to seek lifesaving treatment at NRCs.

The local community, including government workers on the frontline, also began to recognize Rekha’s contributions in fostering behavior change and improving the health of mothers and children. By that time, Rekha had become more confident in her abilities, and was very competent in community-centered communication and helping local people value and access available government services. In Feburary 2013, local government appointed Rekha to serve as an ASHA (Auxiliary Social Health Activist) in Rajghat (one of the villages where she worked as an RMF CNE). She showed great commitment and passion in her new role. As they say, fortune follows those who chase their dreams. In May 2015, based on her progressively more remarkable performance, the Department of Health promoted Rekha as an ASHA supervisor in the same catchment where she served as an ASHA worker. Today Rekha stands as a courageous, committed ASHA supervisor helping women and children live healthy lives. For the year 2015-2016, the state government of Madhya Pradesh awarded Rekha the “Best Cadre Award” for exemplary performance. 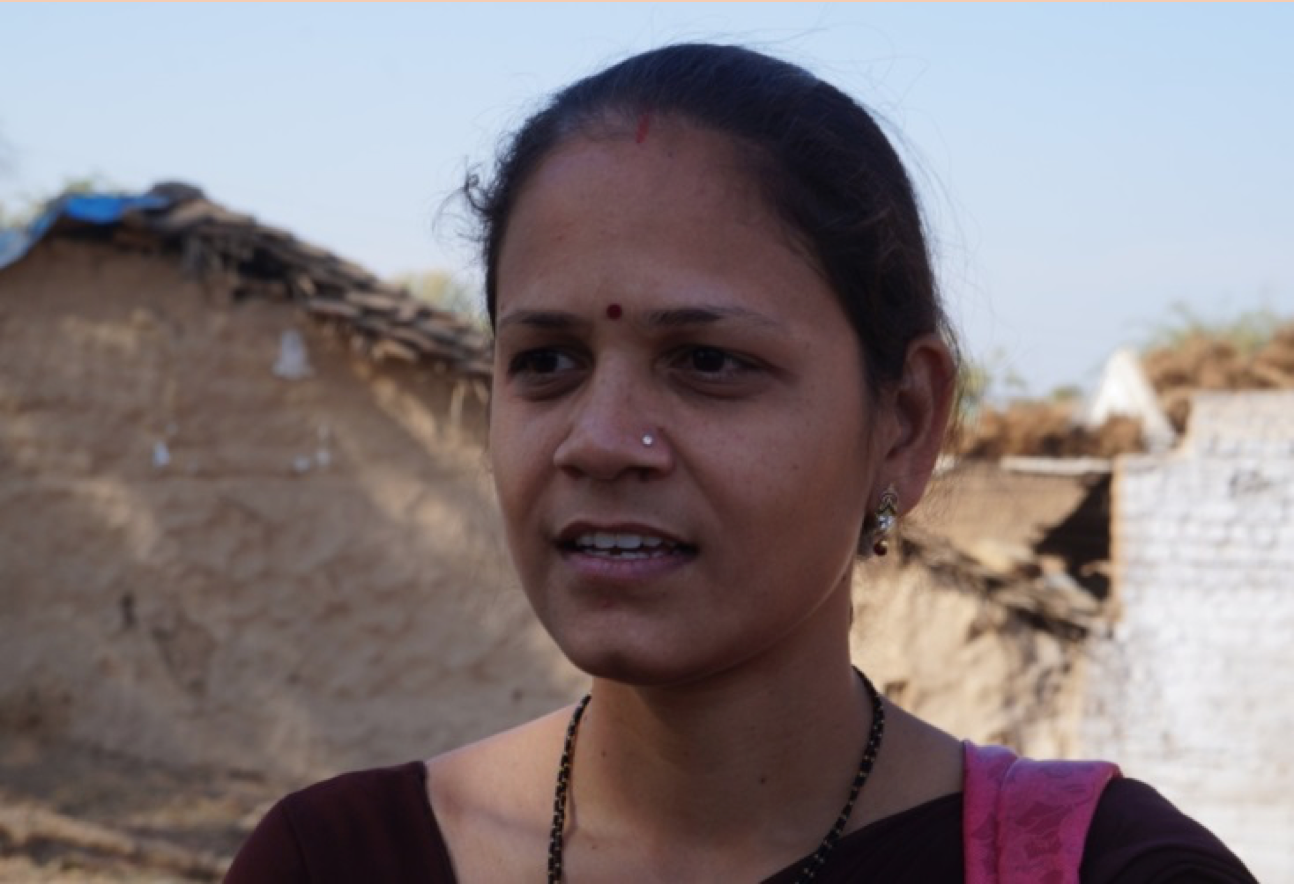 Today, Rekha acknowledges the difference RMF India made in her life by helping empower her to accomplish her dreams. Rekha states candidly and confidently, “RMF has helped change my life for a better.” RMF India takes this opportunity to wish her the very best for all her future endeavors.

View this story and original report 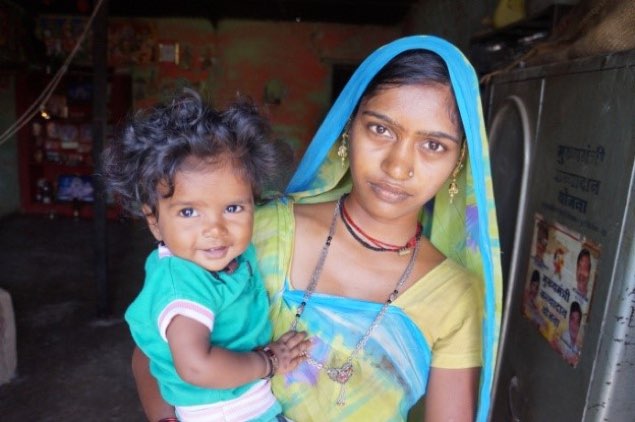 Bajjta is a small, tribal area with a population of 1,535, situated in the Barwani district of Madhya Pradesh. Locals participate in agriculture or daily labor to earn their livelihood. Some residents also travel from their village in search of employment and return home after an interval of three to six months.

This story is from Bhilat Baidi, a hamlet in the village of Bajjta Khurd. This is where an 8-month-old baby girl named Anmol lives with her family, including her grandfather, grandmother, mother (23-year-old Sulochna), and her father (25-year-old Mukesh). Anmol’s father works in agriculture, overseeing his agricultural produce.

On April 15, 2016, an RMF Community Nutrition Educator (CNE) visited the village hamlet of Bhilat Baidi. Our CNE stopped at Anmol’s house and found her to be extremely weak. She took the child’s MUAC measurement and found it to be at 11.7 cm. This indicated that Anmol needed to be treated for Moderate Acute Malnutrition (MAM). Therefore, the CNE started inquiring about the child’s history. 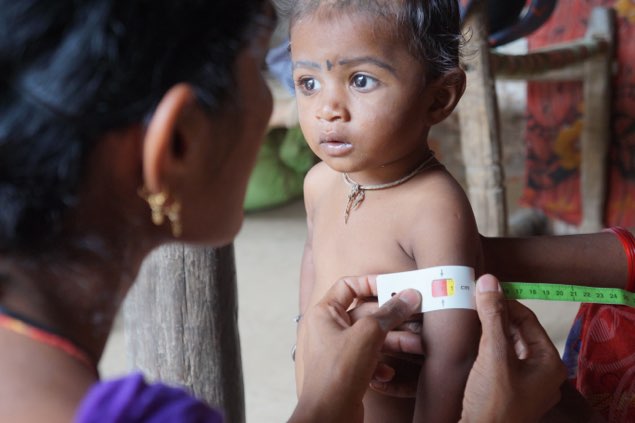 Anmol’s parents informed the CNE that the child was delivered at home. After her birth, Anmol was neither breastfed on time, nor given regular and appropriate breastfeeding. This was because the elders of Anmol’s family believed that the initial milk of her mother was not good for her and breastfeeding should be started a day after the birth and supplemented with cow’s milk and other food that could be provided. As far as routine immunization was concerned, Anmol received a BCG vaccination, but because she cried for the whole day, her parents did not pursue further vaccinations.

There were several other traditional myths and misconceptions that the family believed, which had made the small child suffer. Lack of proper education and awareness in the family had caused the baby’s Moderate Acute Malnutrition. Our CNE began her counseling session with Anmol’s parents, which included:

Our CNE’s counseling changed how the family conducted itself with respect to the child. This change was able to eliminate crucial problems of malnutrition that Anmol was suffering from.

On May 12, 2016, when our CNE again approached the Anmol’s parents and measured the young girl’s arm with the MUAC tape, she found an improved MUAC measurement: 12.9 cm, as compared to the previous measurement of 11.7 cm. Anmol’s parents and the entire family thanked our CNE for her commendable contribution towards educating and counseling them and improving the nutritional health of the baby. Anmol’s mother was of the opinion that if she had received such knowledge and education before and on time, her child would never have had to face such a painful trail. She further promised, with great determination, that she will convey this message to every woman in her village and try to make them understand this knowledge and help the community become healthy. 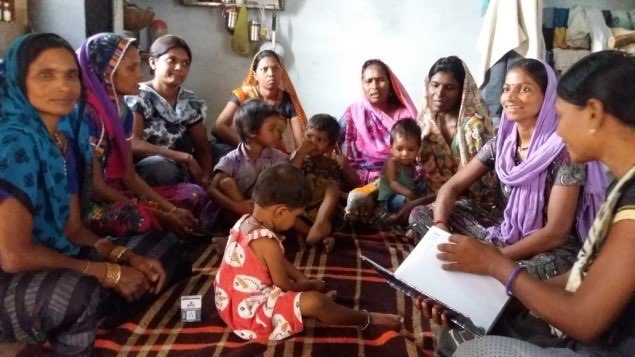 The story is from a village called Badgaon, which is situated in the Barwani district of Madhya Pradesh. It is a highly tribal village with a population of 4,114 inhabitants. The literacy rate is minimal, and residents’ livelihoods solely depend on agricultural work, which is seasonal.

In Badgaon, our local Community Nutrition Educator (CNE), Salita Dawar, works with great enthusiasm under the banner of Real Medicine and Nutrition Trust (RMNT) to find and treat malnourished children under 5 years of age. She screens children for malnutrition by measuring their Mid-Upper Arm Circumference (MUAC). Our bright and determined CNE also educates lactating mothers and pregnant women about nutritional requirements during pregnancy and breastfeeding, works with Anganwadi workers and ANM, and participates in all types of community meetings to raise health awareness.

During a routine survey in Badgaon, CNE Salita found several female residents discussing something among themselves: They were highly ashamed that they didn’t have a facility for safe or potable drinking water in their village. They had to walk up to 2 or 3 kilometers to fetch water. Our CNE encouraged the women to be confident, and added that they would have to take initiative and move forward to fix this problem. 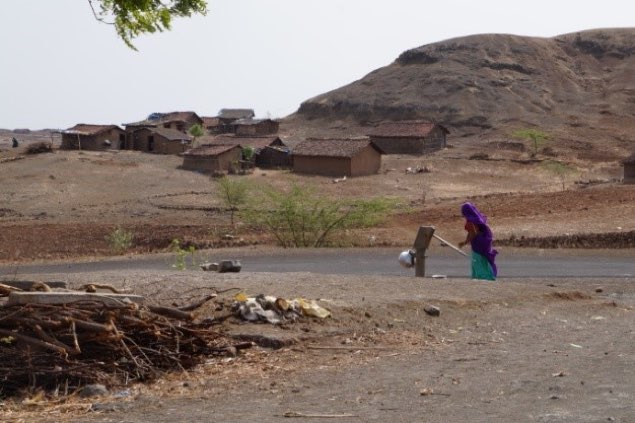 The local women formed their own team and approached the head of the village Panchayat, but he did not pay any attention to their problem. After several days, a program called “Gram diwas se Bharat diwas” was launched by the government, where citizens could present their social problems to officials. But unfortunately, the secretary of the Gram Panchayat would not allow the women to approach senior officials.

Once again, our CNE Salita Dawar stepped in and discussed the matter with the women. She found that they were disappointed, but had not lost hope. The women asked CNE Salita for advice, and she provided guidance by saying that they should draft a letter and present it to the grievance cell of the district.

They shared their problem with the District Collector, who issued an order to make a water supply connection in Badgaon. Our CNE Salita Dawar motivated the team of village women, and with perseverance, they were able to resolve their problem. The whole village is thankful for the role that CNE Salita Dawar played in the process.