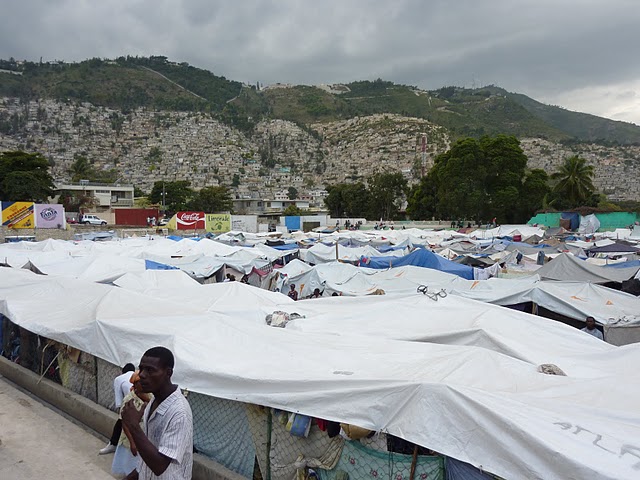 The latest OCHA situation report from the UN reports that while the immediate emergency needs (food, water, health care) in Port-au-Prince are being covered, organizations continue to deal with many requests from outlying areas.

While the Port-au-Prince and directly surrounding area suffered the highest levels of destruction, the other provinces of Haiti have seen an inflow of over 400,000 people from the capital.  This has put a tremendous strain on already struggling communities and the humanitarian assistance provided must be balanced between these two areas.   Updated figures in this report include the latest estimate that 222,517 died and over 1.2 million are in need of shelter.

The World Food Program reports that they have thus far been able to reach over 4,000,000 with food assistance as of the end of February.  They are now entering a second surge phase of their response and are planning on distributing “full food baskets” of commodities (corn-soy blend, beans, rice, oil, and salt) to 300,000 families.

Approximately 86,000 Haitian workers are involved in cash-for-work activities focused on rubble/debris removal, drainage of canals and the management of solid waste.  The task of rubble removal is an enormous one that will take many months as it is estimated that 285,000 houses were damaged or destroyed by the earthquake, leaving over a million without adequate shelter.

Thus far over 130,000 plastic tarps and 23,000 family tents have been distributed and an additional 230,000 tarps and 17,000 tents in the pipeline.  While this is estimated to provide temporary shelter for close to 100% of the displaced people it is not an adequate solution for the rainy season or the longer term.

Construction of temporary “transitional” shelters are the next phase of tackling the shelter issue, but they are being complicated by not only the rubble removal but also the need to have land officially allocated by the government for this purpose.

Heavy rains and flooding, arriving earlier than usual last week, have killed at least eight people, illustrating the dangers ahead when the rainy season begins in true in several weeks time.

The public and private hospitals are slowly starting to offer some services on a regular schedule with regular health care staff progressively returning back to work.  International Volunteers and NGO’s are leading the provision of specialized services through both existing institutions and through clinics/hospitals set up in the wake of the earthquake.

According to the OHCA report there appears to be a lack of sufficient basic reproductive health care available in the Leogane region in either mobile or stationary clinics, such as basic care for pregnant women and newborns.

According to the Ministry of Education in Haiti, some 4,000 students and 500 teachers were killed in the earthquake and 80 percent of the schools were either partially damaged or destroyed.  There are currently some 2.5 million children with no access to a school as a result of the earthquake damage.   Authorities are aiming to have the majority of children in schools by the end of March.

Schools that are stable and have adequate infrastructure are also being to start a school meals program that will provide children with alternating cooked meals for the upcoming months.  Also of concern is the fact that a large proportion of the displaced person sites are reporting the presence of unaccompanied children.