Sudan: Bashir’s Visit, My Flat Tire and an Ambulatory Rescue 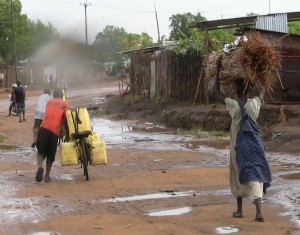 ….Still looking for the words to describe the transition into Juba Southern Sudan from Bweyale, Uganda. At first all I could muster was a perplexed and dumb look and then after a day or two a moment of clarity struck me….”All Rides Are Open…” in this place.

I’m sure much has been said of the “Juba” experience and my musings will likely be redundant to some, if not most who have had one: especially those that have reported that it is hot, dusty, complex, chaotic, tiring, maddening at times and emotionally draining. Oh, and more expensive than Tokyo.

Clearly there is tremendous need for help in all sectors – making it hard to know whether what you are doing is providing any relief at all. Thankfully Real Medicine has found perhaps the highest leverage investment in the primary health care sector we could make – supporting the Juba Teaching Hospital’s Nursing and Midwifery Program. With only 5 RN’s and 2 certified midwives for 1.1 million people, one might say they are a bit understaffed. We’ll soon post the particulars of this program the main site. In the interim I wanted to extend my gratitude to all of those who facilitated my trip and who work so tirelessly to serve their country. I thought it might also be fun to share a story that reflects the universe’s sense of humor and the reality in the field at times. 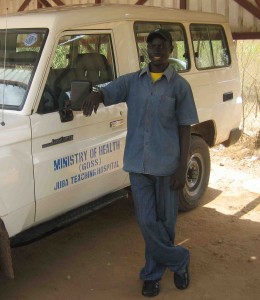 Just two days before departing for Mozambique, and just when I thought I had seen everything – Sudan delivered another blow that would tear rather than steam open my envelope of tolerance, and remove my remaining sanity. Had it not been for my the equipoise of my driver Taban from Juba Teaching Hospital, whose face I often scanned closely for signs of concern, I likely would’ve screamed false advertising and asked for a refund on my entry fee to Juba. I was not having fun.

As usual Taban, my driver, came to pick me up from my stylish digs on Monday morning to take me to the Ministry of Health for a meeting I had schedule the previous week. I expected the standard fare for a day in Juba, long hot bumpy and dusty rides to meetings, a sketchy dip into the center market for some fruit and a night of reporting.

To our surprise however they day would have a different slant. When we got back out to the main roads, the streets were lined with machine gun toting military – everywhere – not just one or two but truckloads in some areas. After a gulp and a quick but silent “what the — is this?, I asked Taban, who did not seem phased, what he thought. “What kind of a world does one live where this would not throw up a red flag?” I thought silently to myself.

We cautiously drove up to a soldier to make an inquiry. In a very tense exchange – Taban extracted an answer from him – Northern Sudan President Bashir has made a surprise visit and that no one was allowed anywhere within the city. Transit was possible only through winding village roads. “Possible” is used here loosely as the entire traffic load for the city was negotiating these “walking paths.”

By 9:30am the score was Juba 1, Michael and Taban 0. Juba, for a seventh day in a row, was winning – sweeping the series actually. Perhaps because it had the home field advantage. While I had the gumption to get to my meeting, a crisp white shirt and a great excuse for being late, I would learn a bit later that I needed backup. One meeting down and it was off to another, then to a Primary Health Care Clinic to do an assessment – pretty normal agenda all things considered. On our way home for lunch, Taban and I made our way through the mud hut villages and their winding roads, which looked more like winding river beds. To our surprise, one of them graciously afforded us a large rusty nail that led quickly to a flat tire. We managed to park in a clearing just passed the last village……. in the middle of nowhere. I was reaching for pixie dust at this juncture. 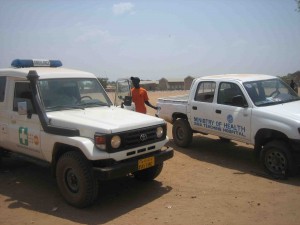 After exhausting our options in our immediate surroundings, I asked Taban…"What’s the plan? Taban remembered that a driver from the hospital had called in sick because of malaria. He lived in the village we had just passed. A fifteen minute hike later we were wandering through the mud huts of his friends village. Naked children ran about playing and there were some elders enjoying the shade of the large trees among the homes. We sat in the shade near them and soon after his friend emerged from his hut visibly very ill and carrying his cell phone with the number of the other hospital driver we so desperately needed. For the first time in an hour I felt a shift in our favor. Grace then spoke even louder. Within moments a child ran up to us and handed Taban and I each a cold bottle of water. Gratitude moistened my eyes. I smiled.

By the time I pulled back from my emotions, Taban was on the phone and made contact with the hospital. He informed them of our situation. The only problem was that all the roads were blocked. What to do? How were we to get a tire iron on a day like today? Taban’s eye widened as he smiled and told his friend to bring the ambulance and put the flashing lights on to get through the blockades. His colleague said he would give it a try but made no guarantees. At this juncture we had nothing to lose.

To our chagrin it was two hours later that he returned, but he did return, (very cool) with a plump fresh inner tube and interestingly with the nail still in the tire. 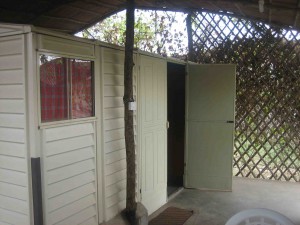 It was now 4pm and the score was – Juba 2, Michael and Taban 1. At least we were on the board. As a side note, about mid way through the afternoon I abandoned any hope that I would have the meetings that I scheduled or get anything else done. Complete surrender was the asking price for a way out to the situation and thankfully Taban and I welcomed any and all possibilities for a resolution. We were back on the road and grateful.

Within minutes we made it to the main road to the hospital and once again were confronted by a military blockade. Taban tried to leverage that we were with the ambulance ahead of us but they would not let us follow it back to the hospital via the main roads. Stumped once again, but still quite happy that we were no longer melting in a field, we navigated side roads and made it to within 100 feet of the hospital entrance….and we were stopped again! This time however, we could explain to them that we belonged at the hospital. It helped that the truck we were driving read Government of Southern Sudan (GoSS) Ministry of Health Juba Teaching Hospital, a perfect match of the sign on the building across from us. This time smiles were exchanged and we were granted permission to enter. It helped that it was close to 5pm, quitting time. 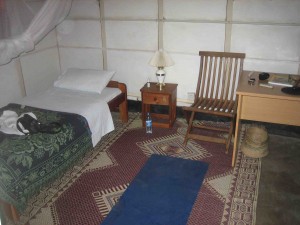 I like to think that we scored a point for maintaining our sense of humor during all of this and that at the end of the day the score was even at 2 – 2. Often on these trips our focus can be so intense, and there is much work to be done in a short period of time. Seriousness can easily override the mission and eclipse the lighter side of life that plays itself out from time to time in even the most bizarre places. Fortunately for us, on this afternoon of grace, we were not exempt from the lighter side of life. The silliness factor that had center stage and Taban and I were it’s captive audience. We had no choice but to sit back, enjoy our front row seats, and laugh about the events of the day.

When I arrived back at my hotel, The Bedouin, I rolled out my yoga mat and flowed into my ashtanga practice – grateful once again.

Please visit our website next week for more details on the Juba Teaching Hospital Nursing and Midwifery program. It truly is an amazing opportunity to serve the community and empower women of Southern Sudan to address the issues of infant and maternal mortality.