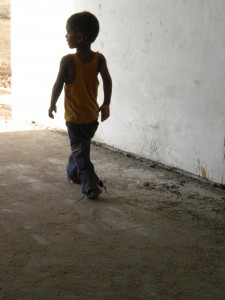 By focusing on one child at a time, our Malnutrition Eradication team in Madhya Pradesh India, has been able to move forward in spite of the staggering figures stacked against them–100% malnutrition rates and 1.2 million children at risk–and has grown from 200 patients to 100o’s to become the largest active field presence in the country in only 9 months, reaching 500 villages and 100,000 families.

When Shukla announced her own dream to teach children from the slums of Bangalore India she was hit with a huge resistance from those around her–how was she, one woman, going to make a dent?

As if taken directly from Real Medicine’s core principles, Shukla takes the RMF approach of One Child at a Time and it is in this way that she was able to not move forward undaunted in spite of the scale against her.

She believes, like we do, that if you can focus on one child and take them all the way from start to finish, in Shukla’s case, taking children from their first day of school to the last day of high school or even college, then suddenly the numbers will begin to grow and replication will come on it’s own: Shukla has now opened 6 schools in areas throughout Bangalore and has even opened after school classes for parents. 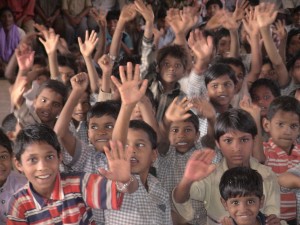 Listen to the full Ted Talk here: Shukla Bose’s "Teaching one Child at a Time"