Reaching the Next Generation of Mothers: RMF India Takes its Message to Adolescent Girls

Talking about periods of the human life span, what period do you think is the most difficult? Childhood? ‘Old Age’? Every period of human development comes with its own unique set of challenges and it is very difficult to classify which is the most challenging, but for our work in India, in the last month we decided to focus on adolescence, particularly in girls from our communities, because of the relationship between the challenges faced early in life compounding those faced later.

Not clear? Let me explain it to you. Adolescence is often termed as a period of ‘storm and stress’ and it really is.  With physical, hormonal, and mental changes, adolescence starts from puberty and concludes in maturity. On average, this can start anywhere from age 11 to age 19 years. Our focus recently has been with adolescent girls.

India has the largest population of adolescents in the world[1]. Indian adolescents, especially girls in rural areas, face unique situations that set them apart from their counterparts in other countries. In the Indian rural context, we can see there is a resistance to the concept of ‘adolescence’ in the sense that, in other systems adolescence can be seen as an extended period of education and training for adult roles, and a period of transition from childhood to adulthood.  The experience of such a phase is limited in the Indian context.  For this, there are a multitude of responsible factors. 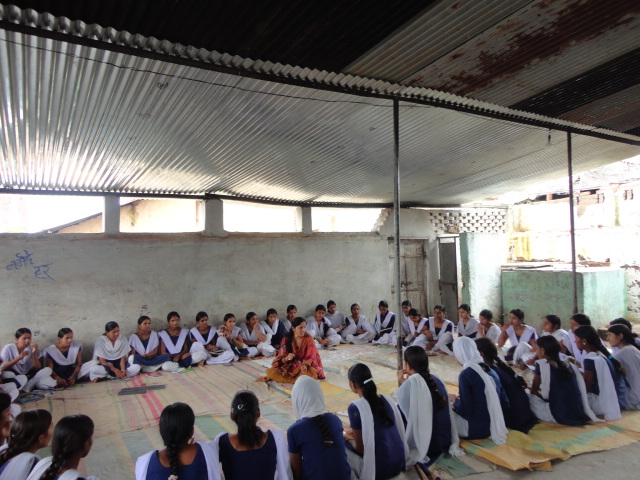 Patriarchy is still one of the prominent characteristics of rural Indian society where there is preference for boys and girls are still given secondary treatment. Generally, girls and all female members in the family eat after serving the male members of the family and eat whatever has remained when all other members finish their meal. Girls are not served adequate, nutritious food in comparison to male members and siblings in the family.  Therefore nutritional intake among adolescent girls is still a matter of concern. Lack of health literacy prevents many families from recognizing the unique food intake needs of a girl. More than 70 percent girls in the age group of 10-19 years suffer from severe or moderate anemia.[2]

Another important issue that the adolescent girls face is menstruation. In rural areas, menstruation is looked as something that is not nice and nobody talks about it. Talking about it is looked as a taboo. For adolescent girls, in rural areas there is nobody from whom to seek support and guidance when they reach puberty. As a result, just as with malnutrition in our target communities, there are numbers of misconceptions around this issue leading to a negative feeling about menstruation.

Girls are denied the opportunity for quality education. Mostly parents stop schooling of their daughters when they reach puberty. Often, girls are forced into early marriage and they have very little say in selecting their marriage partners. Early marriage has serious consequences in terms of their reproductive health as well as the outcome of the pregnancies. The adolescents in rural areas have little access to contraceptive services is little awareness in families, which encourages early child bearing, posing risks to both infants and mother. These young mothers often lack the experience, skills and resources needed to raise the children. This continues the cycles of poverty, malnutrition, and large families that plaques many of the communities in rural India. 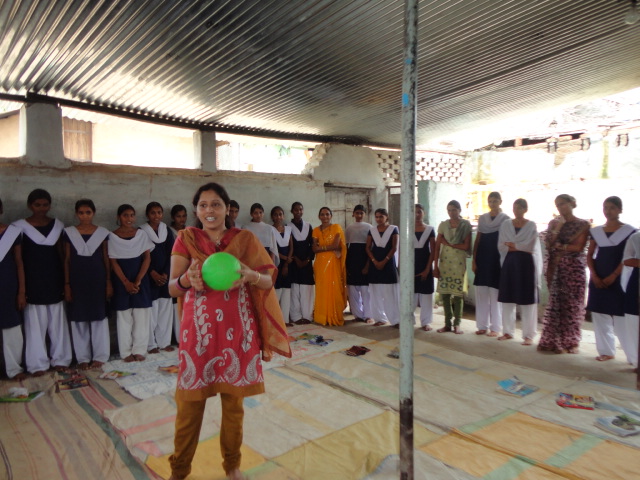 The relationship between child malnutrition and the status of adolescents in the area where our program works is indirect, but many of the compounding factors that contribute to childhood malnutrition.  For many, the beginning point of anemia and under nutrition in woman is during adolescence. The early marriages at the age of 16 – 18 further exacerbate the situation. The need for extra nutrition and care remains unfulfilled during the adolescence and can manifests itself in very severe form for girls during motherhood.

However, counseling of adolescent girls remains a critical gap in the community, both in general reproductive health as well as nutrition. Since malnutrition in Madhya Pradesh does not exist in a vacuum, we started thinking ways to reach these girls. After discussion with the UNICEF District Coordinator in Khargone, RMF planned a way to expand our intervention.

We decided to design a workshop for adolescent girls. In India, as mentioned earlier, “adolescence” is not a homogenous category – as there are school going adolescent girls as well as those who have dropped out to work at home or in the community. In our first attempt we decided to work with the girls in the middle school and high school in the villages. 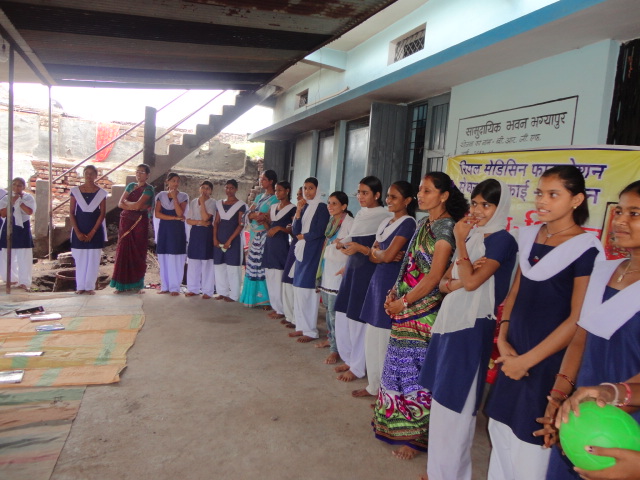 First, we decided to collect information about the middle and high schools in the project villages. In conjunction with officials from the district administration, RMF CNEs collected general information about all the schools, including the number of girls enrolled. RMF’s District Coordinator in Khargone, Auntim Gupta, went to some of the villages to see the schools and finally decided to run our first program in Bhagyapur High School, Block Bhagwanpura to conduct the workshop. She acquired necessary permission from the Head Master of the School, and, as RMF works very closely with officials at all levels, coordinated the activities with him every step of the way.

With the help of two books and curriculum[3], published by the National Level Government Organization for the purpose of adolescent education, she prepared content of the workshop. The content of the workshop was shared with the Director-Programs RMF Mr. Michael Matheke Fischer and after discussion it was finalized.

What is Adolescence? What is Age Group?

The Changes in the Adolescence – Physical, Emotional, Psychological and Social

Diet in Adolescence – Importance of Diet

The highlight of the workshop was a play enacted by the CNEs Khargone under the guidance of Ms. Gupta. The play centered on a village girl who has attained puberty and has stress and confusion about this sudden change in her body. She approaches the Auxiliary Nurse Midwife (village nurse) and the ANM clarifies her doubts, answers her questions, and ensures her that there is nothing abnormal in these changes. The girls could relate themselves to the character of the girl in the role-play and responded very well to the example.

At the end, there was a discussion with all of the students and from the class teacher. The feedback was positive. The class teacher confessed that she has been teaching in that school for 17 years and she has seen girls coming to her with questions and doubts in their mind and girls dropping out of school for these reasons. She also confessed that she never attended such program where they talked about these issues openly and handled it with such sensitivity. She also recommended that this workshop should be conducted more as there is need of it, especially in the rural areas.

Just as with our communities, RMF thrives on positive feedback from these stakeholders. Though this preliminary activity focused on the girls, there is also a need for such activities to be conducted with the boys, so that they become aware about their role.

Right now, we look forward to continue this activity in some more schools in other project villages – so that we can create such a environment for healthy ‘to be mothers’ so that they can be healthy and also give birth to healthy babies. More importantly, by creating discussion around these topics, RMF is bringing new knowledge and curiosity to individuals who need it most, using knowledge as an effective tool for the prevention of malnutrition.

[1] Children in an Urban World: The State of the World’s Children 2012 Table 11:Adolescents