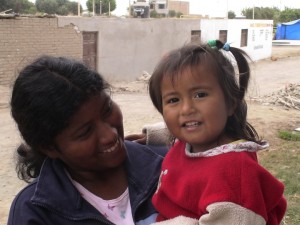 Last week, in an update called “Friends Helping Friends" in San Clemente/Pisco Peru," Steve Henrichon, RMF Director, Peru, touched on an aspect of community that is at the core of Real Medicine—the idea that community is created by working together, friends helping friends. Celebrating recent collaborations benefiting the Policlínico Peruano Americano, his article gives thanks to the partners who sustain us now while providing some perspective as to how far we have come since those first days in Peru back in 2007. 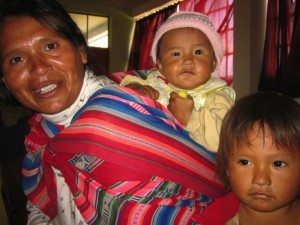 When Steve Henrichon first landed in Pisco with Rene Castillo, he had a long list of needs and a shorter list of names. Even so, thanks to his efforts in gathering support for the cause, in three short years his growing team has mobilized one of our most comprehensive health programs in the world.

Looking back at the early days to what we have now, the transformation is simply inspiring and a true testament to how Real Medicine starts with basic care and grows from there, adding additional programs based on financial ability and community need. In one post titled "Peru–1st week in Peru," Steve voices the thoughtful concerns of someone at the beginning of a great and daunting journey:

I was a bit anxious before leaving for Peru because I didn’t really know what to encounter.  We had a plan but there are several things that need to fall into place.  I had several questions floating in my head before the trip.  How safe will it be?  How responsive will people be to our efforts?  What obstacles will we be dealing with?  All are valid concerns, but after one short week, things are already beginning to ¨fall into place¨  and my confidence has been reassured.

Later, in this same entry, Steve sets the scene of life is beginning to emerge from the rubble, where thousands of people sell goods in the streets while living in tents; where hospitals that have survived are overwhelmed and working out of temporary shelters, without needed medications and equipment. He describes maternity wards treating patients without the guidance of ultrasound and where once successful doctors are out of work at a time when all skilled hands are in need. 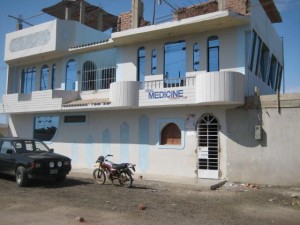 It is in these early entries Steve almost forms a check list, a road map of the clinics growth. Since that day, many of the issues facing health care workers have changed with the work of RMF and our supporting partners: the temporary tent wards have been exchanged for a stable, permanent health care center, we have a maternity ward equip with an ultrasound machine, and we have hired once unemployed staff who have now become like family to the 70 patients who visit the clinic a day. 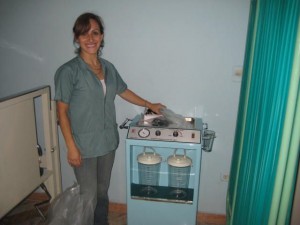 What is perhaps more incredible though is that, in the small span of time from the clinics opening, these initial needs have not only been met but well surpassed. For example, not only do we have an ultrasound machine but, due to our affordable costs, we have become a referral site for it’s use, with other doctors sendingmothers who might not otherwise be able to afford the test. More so, not only have we hired local staff but Dr. David, an our of work doctor introduced in the first accounts as a hopeful partner, has since not only joined the team but has become our head doctor, the bed rock of our health operations. 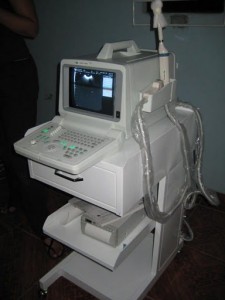 “When we hired Dr. David he didn’t have a job and was living in a tent city with his wife, who was pregnant at the time,” says Steve in a recent interview, “he delivered his first child himself in their small backpacking tent–that was all he and his wife had.” Since joining our team at the clinic, Dr. David has been able to save up and buy himself a house in a pretty nice part of town. He has had a few more children since he has started working at the clinic too. “It is really nice to be able to see his family grow and to be able to support his family,” says Steve, “we provided work, he worked hard, and life went from there.”

Since 2007 the clinic has become not only a source of stability and growth for the community, but now, in 2010 we are beginning to see both patients and staff become empowered enough to look beyond themselves to help still larger communities.

One nurse, Leila A.C. Gutiérrez Luna, who has been working at the clinic since its opening is now is also using the stability of the clinic as a platform for something bigger. Feeling that it is safe to dream big she has proposed a plan to begin fighting child malnutrition in the surrounding community and has taken it upon herself to draw up the plans. Her willingness to aim for higher goals for the clinic is proof that consistent support has allowed her to dream bigger than she might have before. 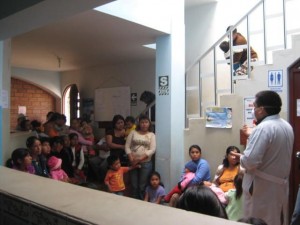 “We try to share the clinic with the community as much as possible in the sense that we want the people to be proud of the clinic that they have in their community,” says Steve, “we want them to be able to take ownership and responsibility, to make it their own.”

Beyond even this larger focus, the stability created through continual donations has even allowed people in the community the security to look outside themselves on a global scale. When Haiti struck the clinic staff took the initiative to hold a fundraiser to benefit the victims of the earthquake, charging entrance fees that raised $300 US dollars. "After suffering through an 8.0 earthquake in 2007, the people from Pisco are all too familiar with the horror and despair that comes in the wake of such a disaster," says Steve of that event, "They didn’t hesitate when an opportunity arose to open their wallets to help the Haitians." Stable enough in their own place, the community around the clinic was willing to give what little they have in the hope that others might be able to receive the same care that they have seen since the quake. 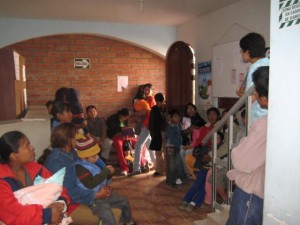 “Ultimately, the clinic has provided constancy to the community,” says Steve, “And that can do a lot to give people hope for the future. When they see that we are still here, years later, they begin to feel like they have somewhere to start from–and from there anything is possible."

Categories: Peru or View All
Return to Top