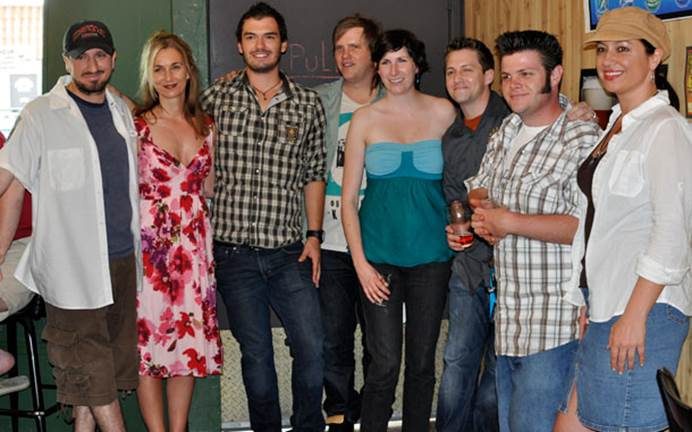 Much to the delight of big hearted beer geeks across Los Angeles, June 27th was Dionicess VI. A generous pairing event featuring beers from the Firestone Brewing Company and sausages and fries from Tony’s Darts Away, with all proceeds supporting the Real Medicine Foundation in Armenia.

Thanks to donated food from Tony’s Darts Away, 7 donated beers from Firestone Walker (including Parabola and Unfiltered 100% Barrel Aged, Double Barrel Ale on cask), a sold out event, and ongoing donations both at the event and after (Firestone beer was served until closing for continual donations), the event topped the charts raising close to $1600 for Real Medicine Foundation’s healthcare program in Shinuhayr. 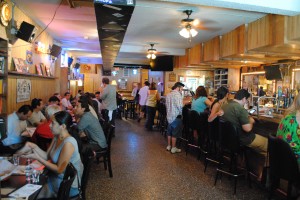 Opening with homemade ‘chili-limon’ seasoned potato chips, the event was off with a spark followed by six paired courses. 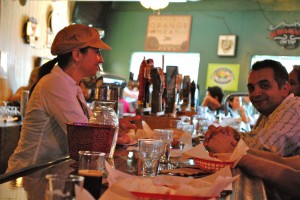 6) The final pairing was a rare treat, Firestone Walker Parabola served with Randy Clemens’ own "beeramisu," a tiramisu blend of espresso and beer.

By far, this event set a new standard for Dionicess to come, but it would not have been possible without the help of everyone who came together to make it happen. Thank you to everyone who attended the event and to those of you who also added to the donation pitcher in the back.

Thank you to Tony of Tony’s Darts Away for donating food and covering staff cost and to Paige Reilly, dedicated General Manager, who worked the event for free. Thank to to the wonderful and hard working kitchen staff, Shawn, Liz, and head chef Pyntch who prepared each course at lightning speed to make sure that all six courses reached everyone on time.

Thank you to the helping hands of Dave Watrous, Matt Olesh, and Sarah Kissell who helped make sure that everyone was comfortable and taken care of.

Thank you to Dr. Martina Fuchs and Nairy Ghazourian for speaking on behalf of Real Medicine and representing the cause.

And of course, another thank you to  Jace Milstead, Randy Clemens, and the unstoppable Gev Kazanchyan for all the hard work putting everything together. 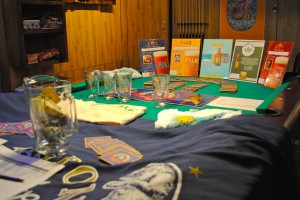 Read more about the event: