In Fields and Thickets

Bidibidi Refugee Settlement: Built from the Ground Up 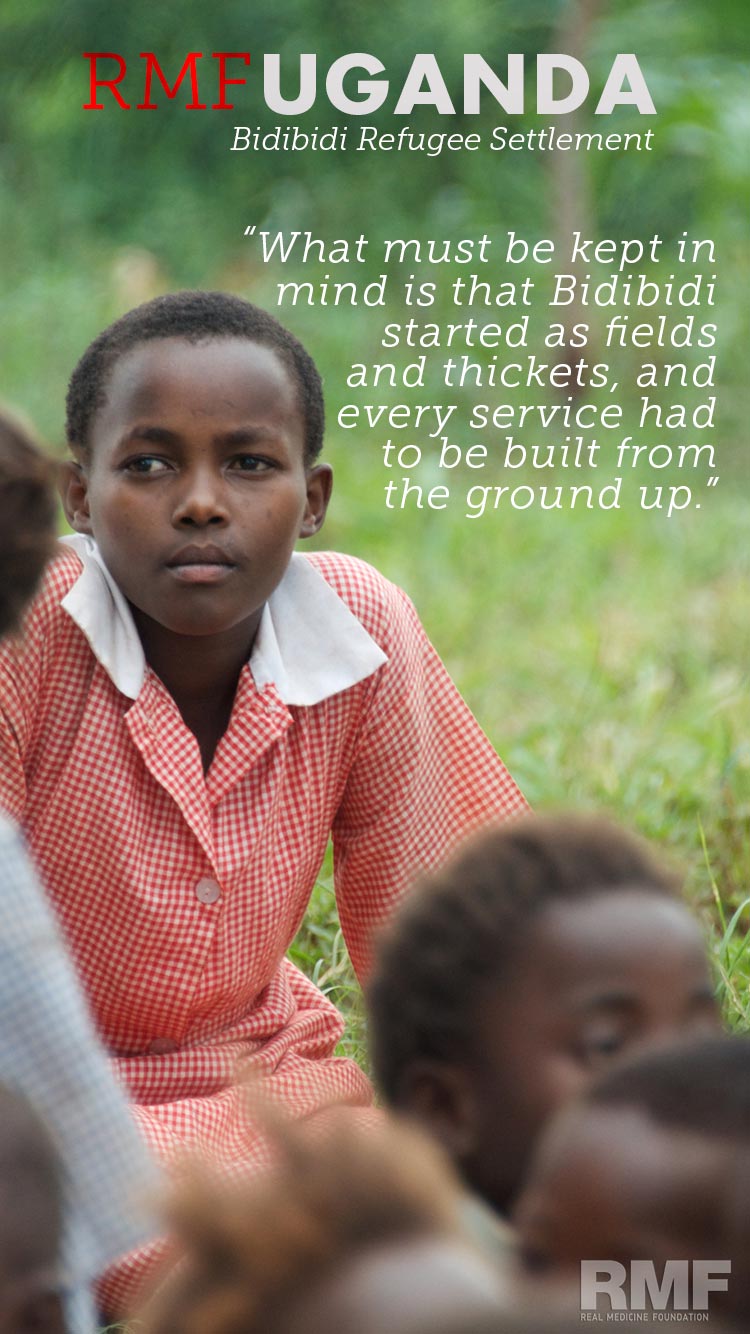 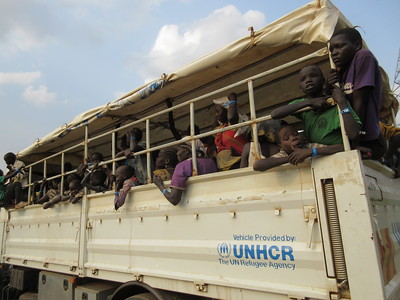 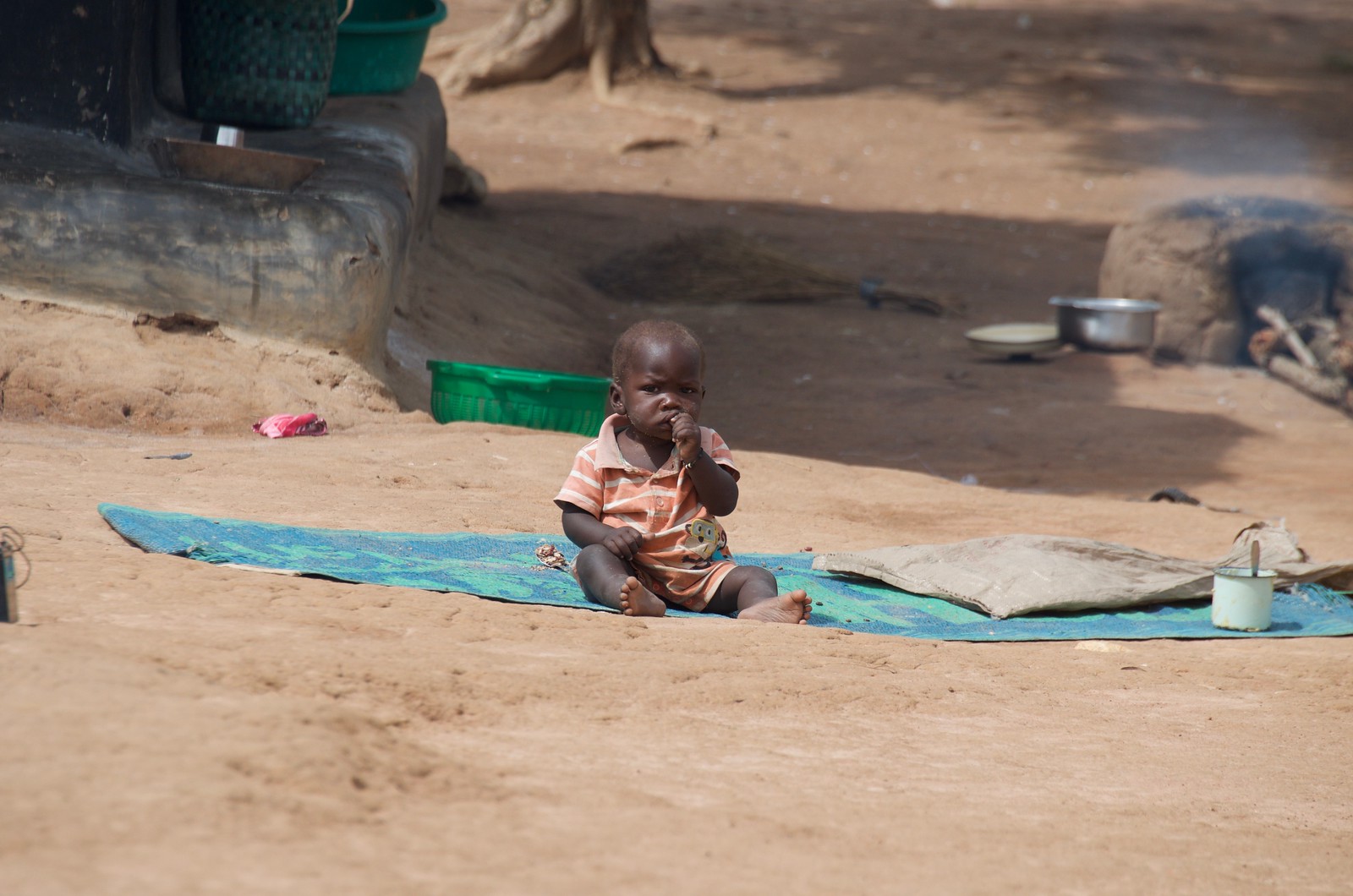 A child sits at home after having breakfast (Bidibidi Refugee Settlement, Zone 1).

Refugees are given plastic sheeting, which they use to construct shelters where they can reside with their families. 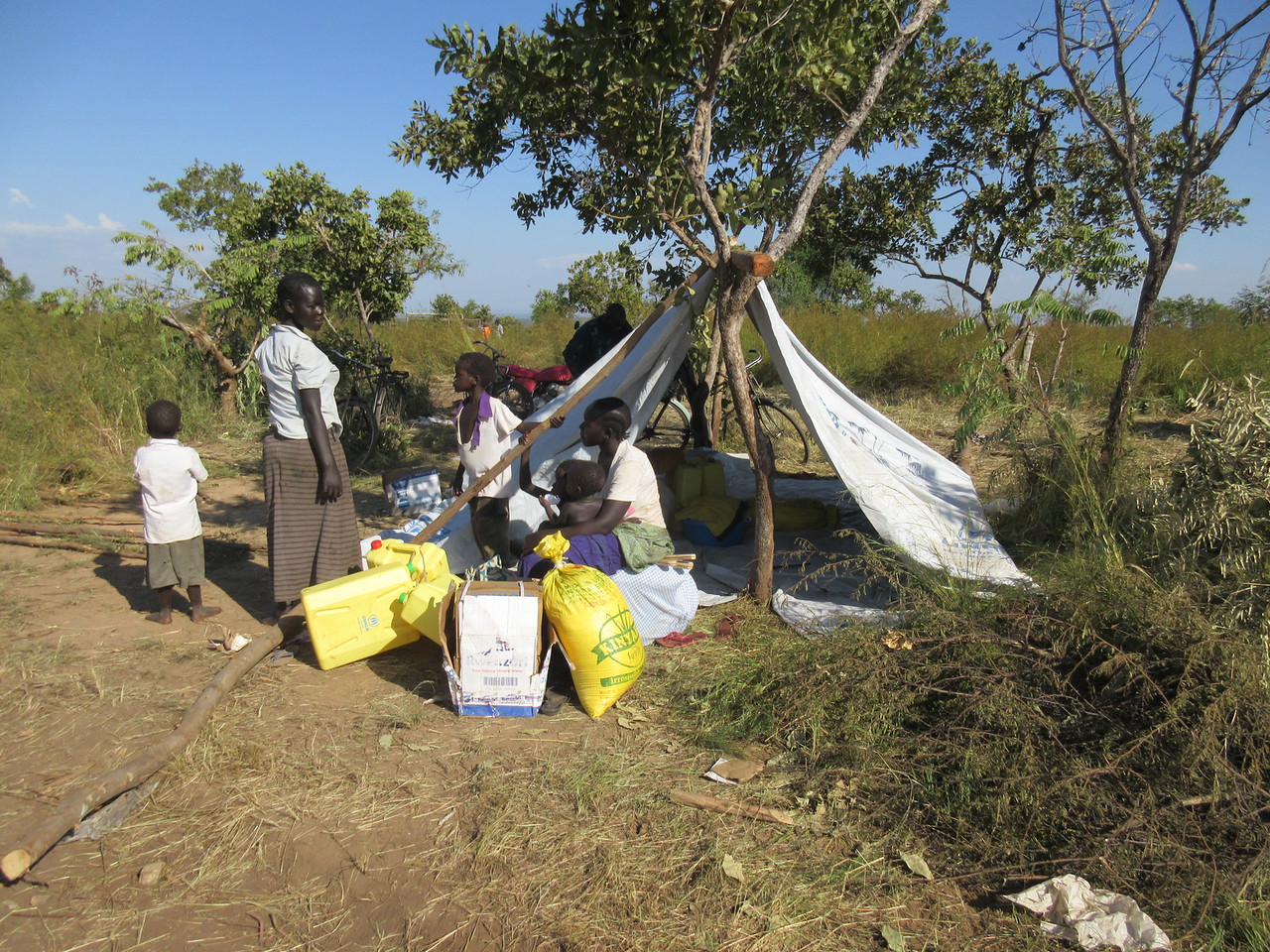 A woman and her children sit amidst the plot of land given to them to start a life. The plastic sheeting elevated across the trees is the house in which they are expected to shelter until they get enough materials to set up something stronger. 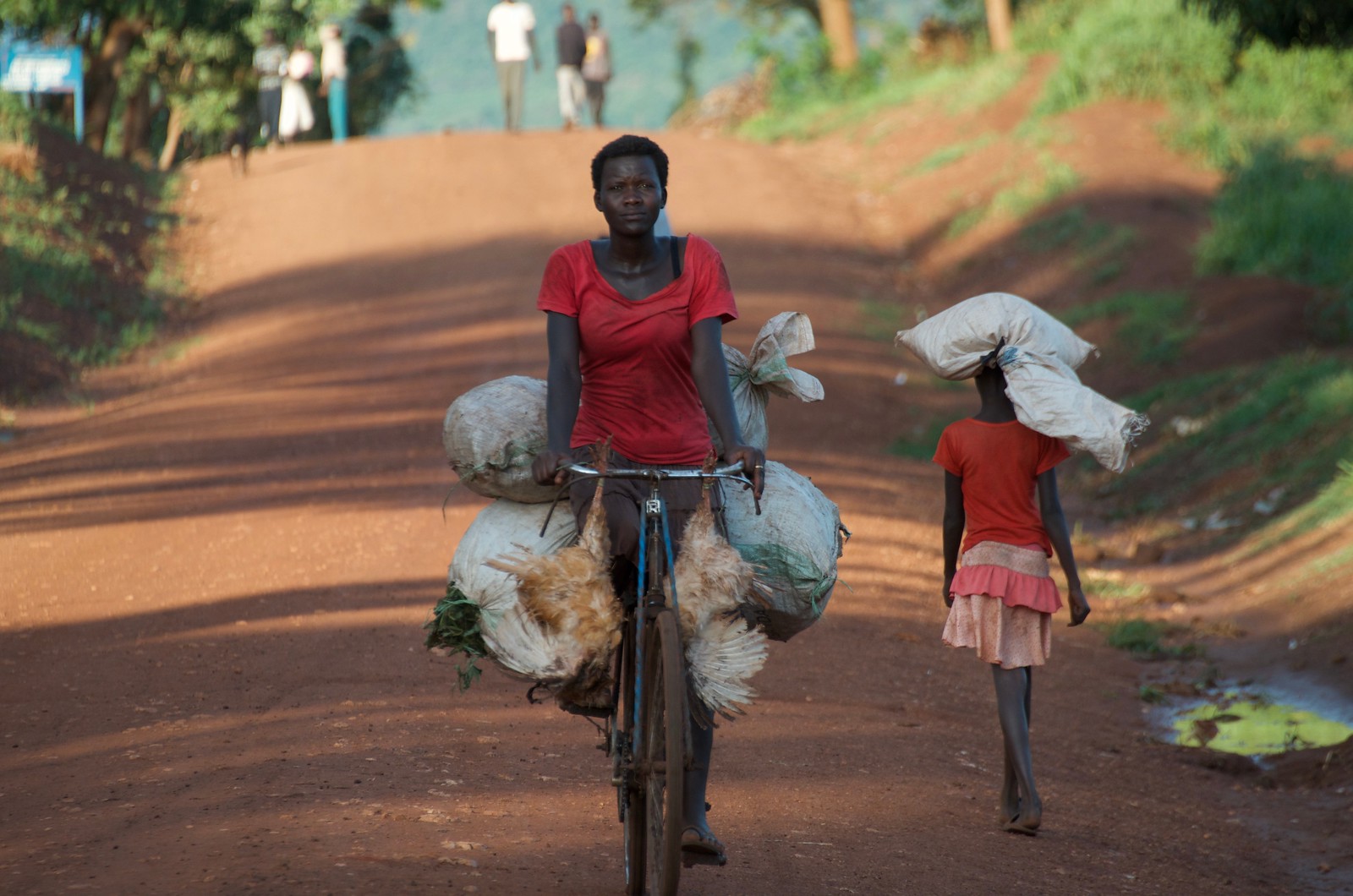 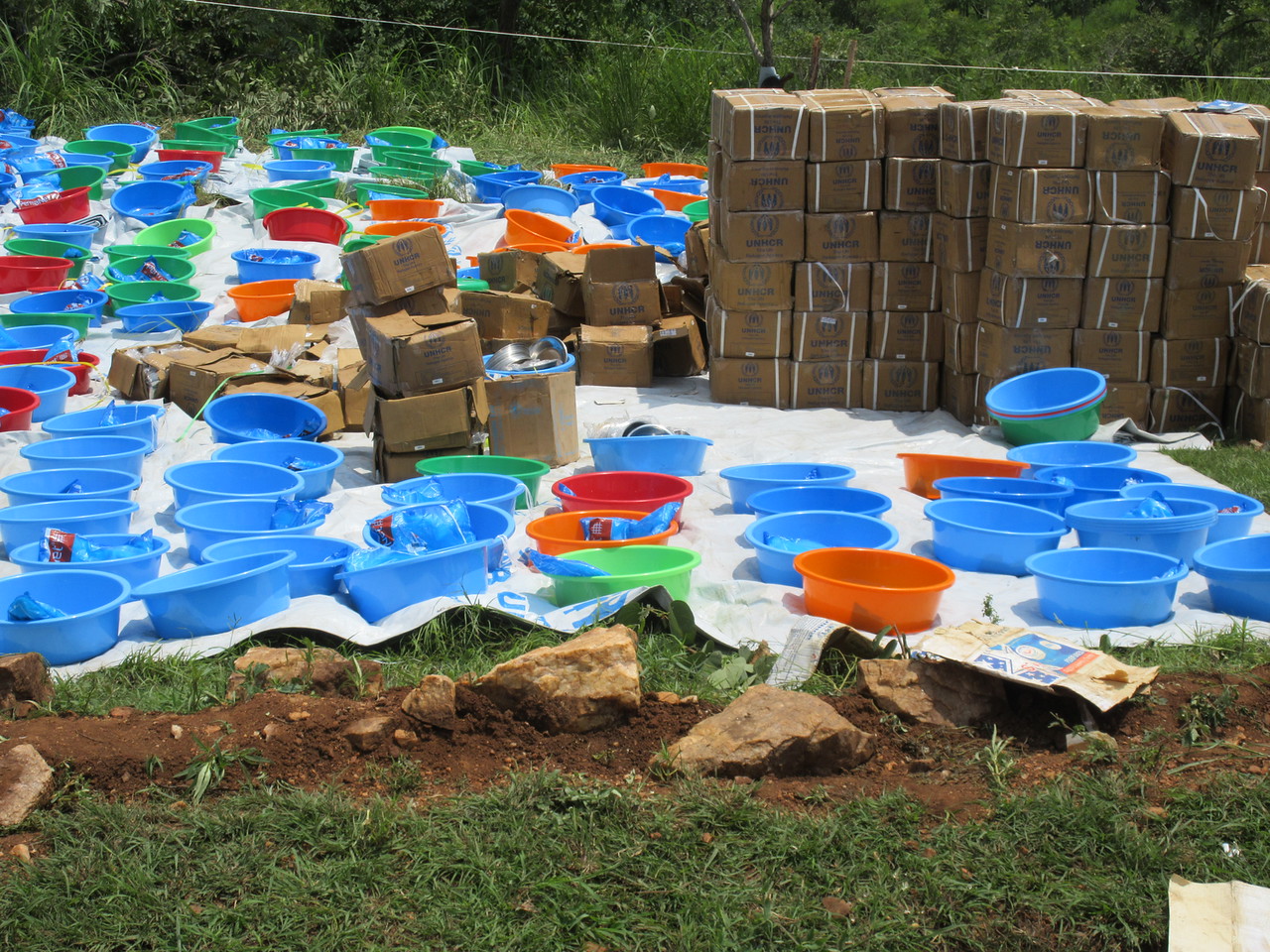 These are non-food items (NFIs) that are given to refugees at the distribution point before they are settled, at their plots provided by OPM. NFIs include a mat, basin, jerrycan, panga, cups, and plates, which are considered essential for each family. 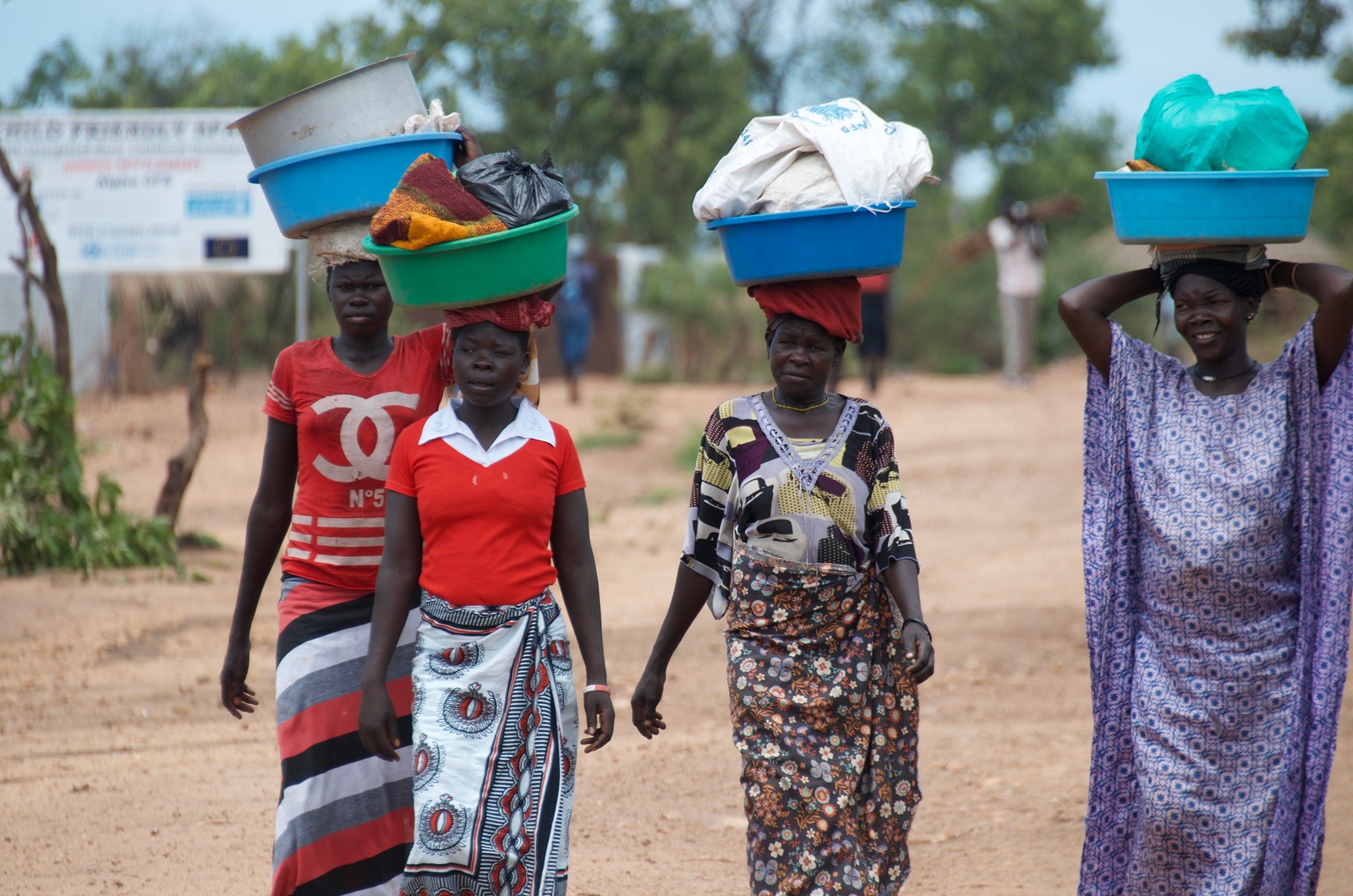 Women coming from the market after selling goods such as sweet bananas, chapatti, and other merchandise to generate income, for their households. 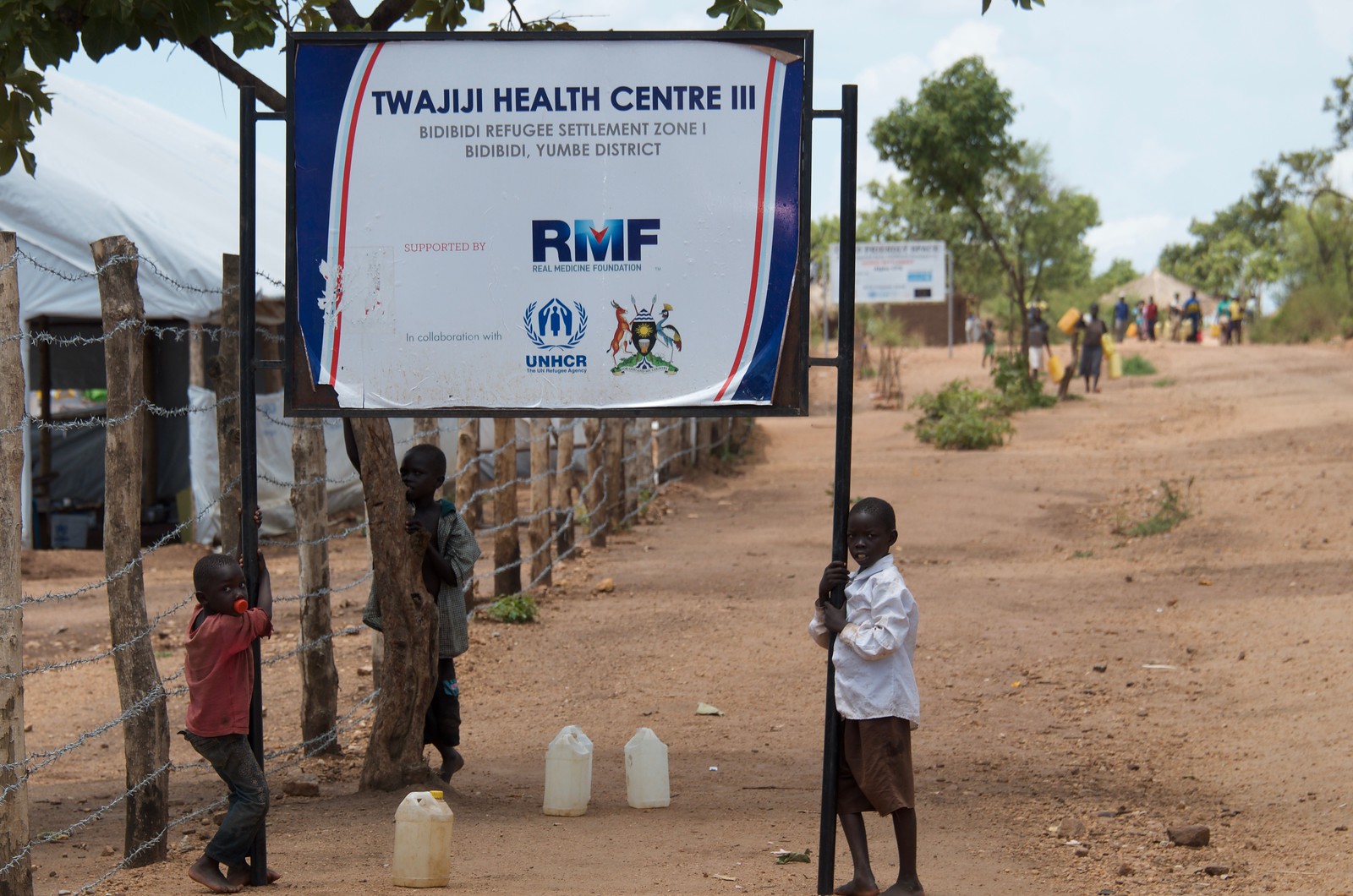 Children leaning on a signpost for Twajiji Health Centre III after fetching water from a nearby water point. 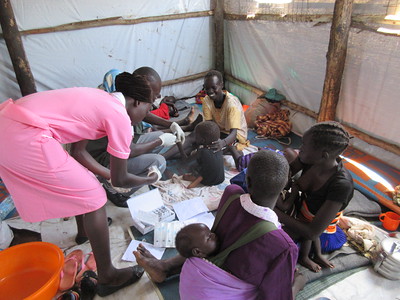 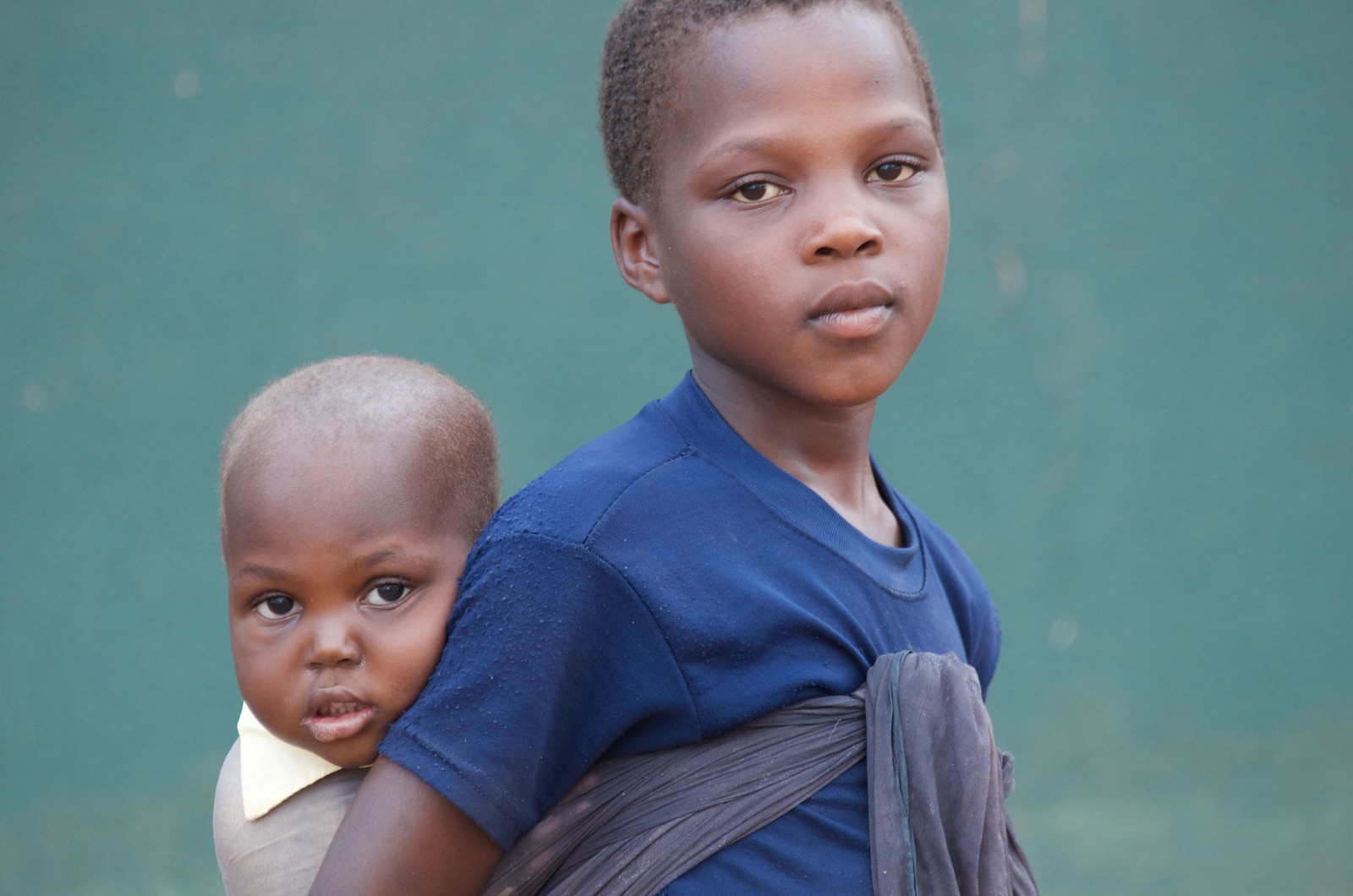 A girl cares for her baby brother by carrying him on her back. The siblings live with foster parents in a community of around 200 children who have lost both of their parents. 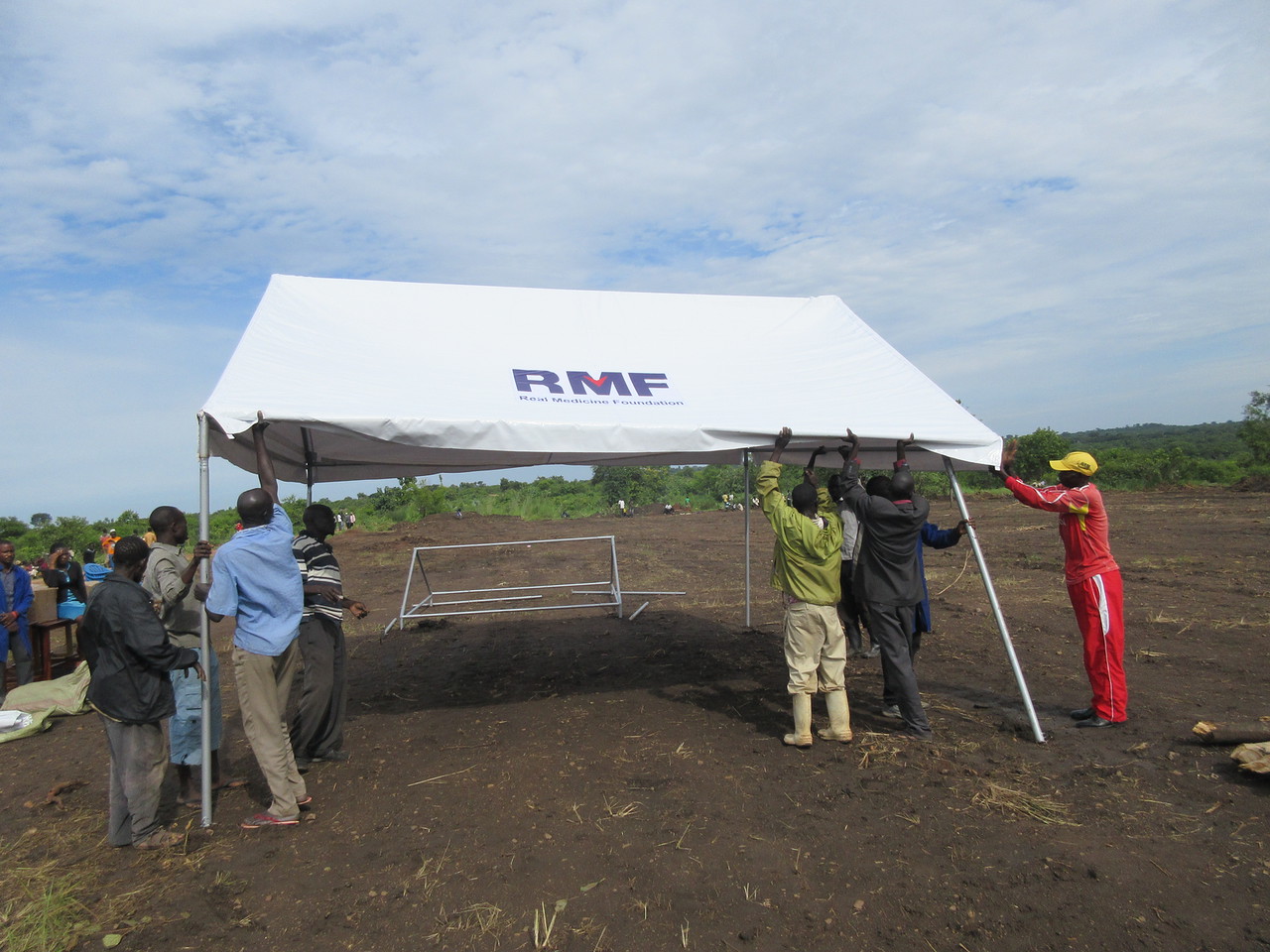 RMF staff and refugee community members work together to put up an RMF tent. This tent acts as an outreach point for refugees to access medical services (Bidibidi Refugee Settlement, Zone 4). 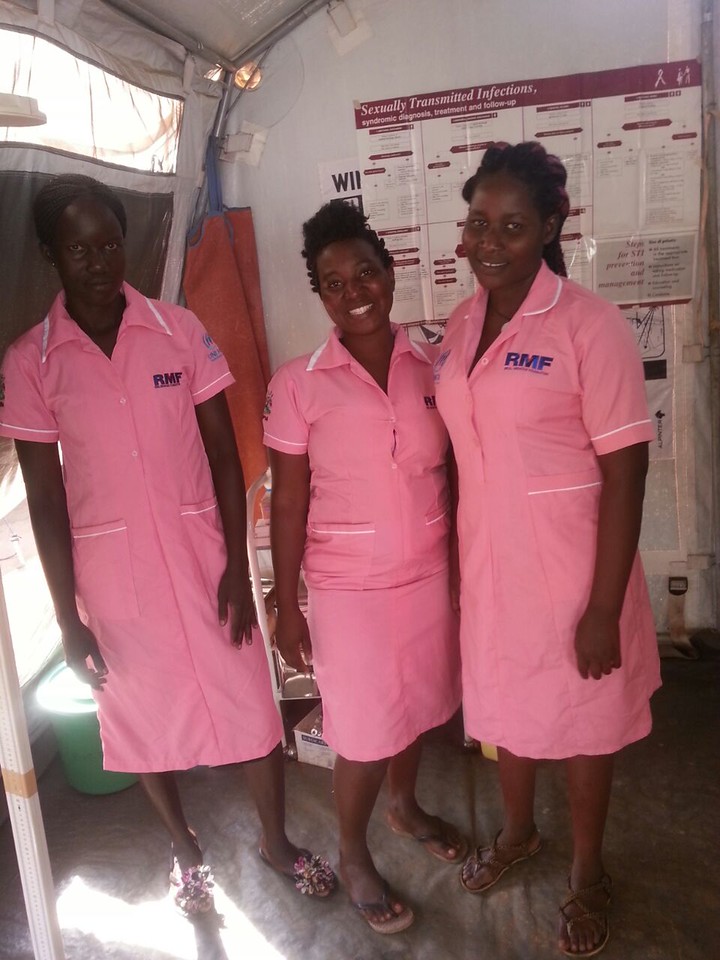 Mothers sit on beds in the Bidibidi Reception Health Centre III maternity ward. After giving birth without complications, mothers are admitted for 24 hours to monitor their health and the health of their children. 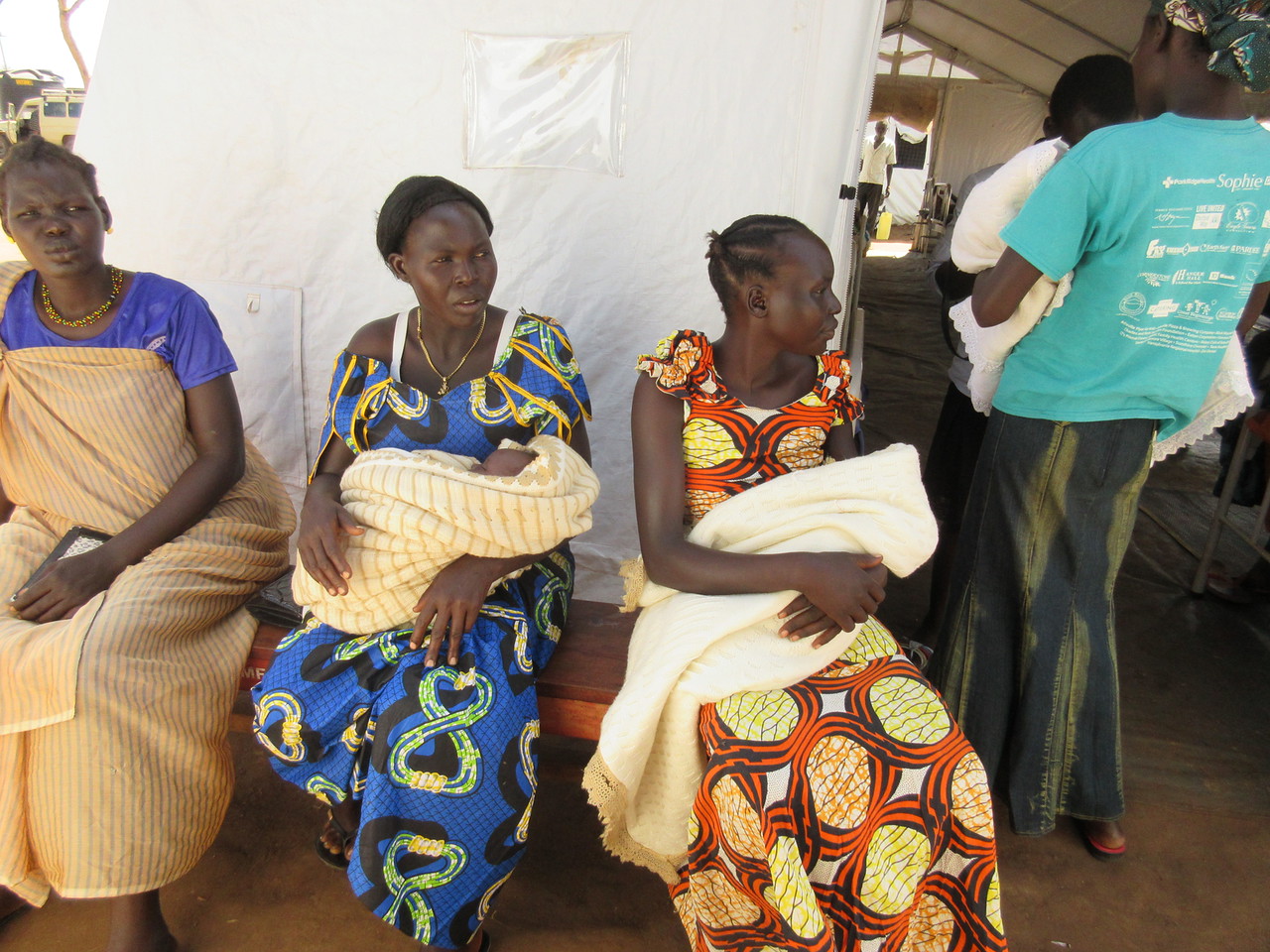 Mothers sit in a line as they wait for their children to be immunized (Iyete Health Centre III, Zone 1). 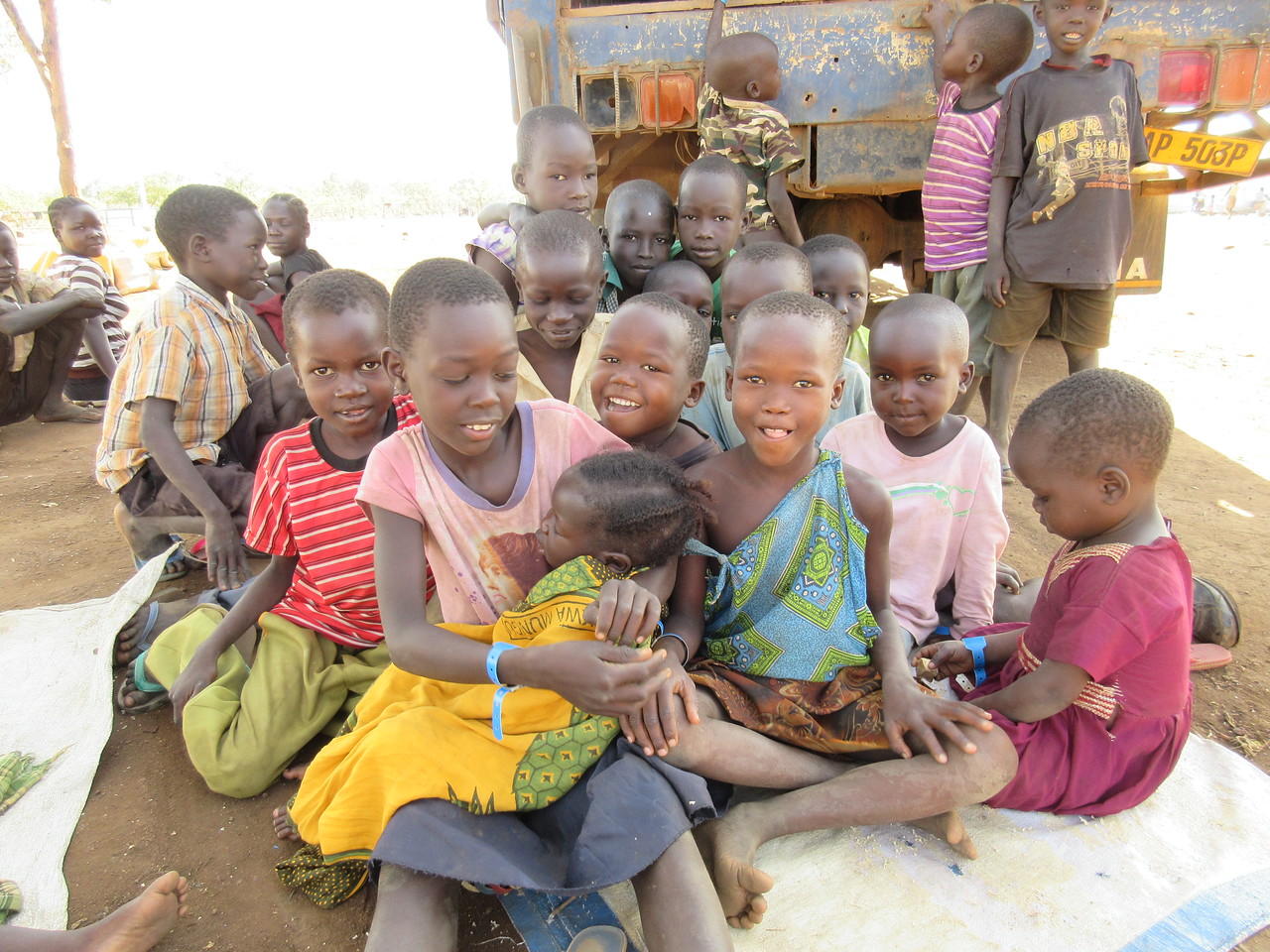 Some of the many children who have lost both of their parents. These unaccompanied minors are waiting for transportation to Palorinya Refugee Settlement.