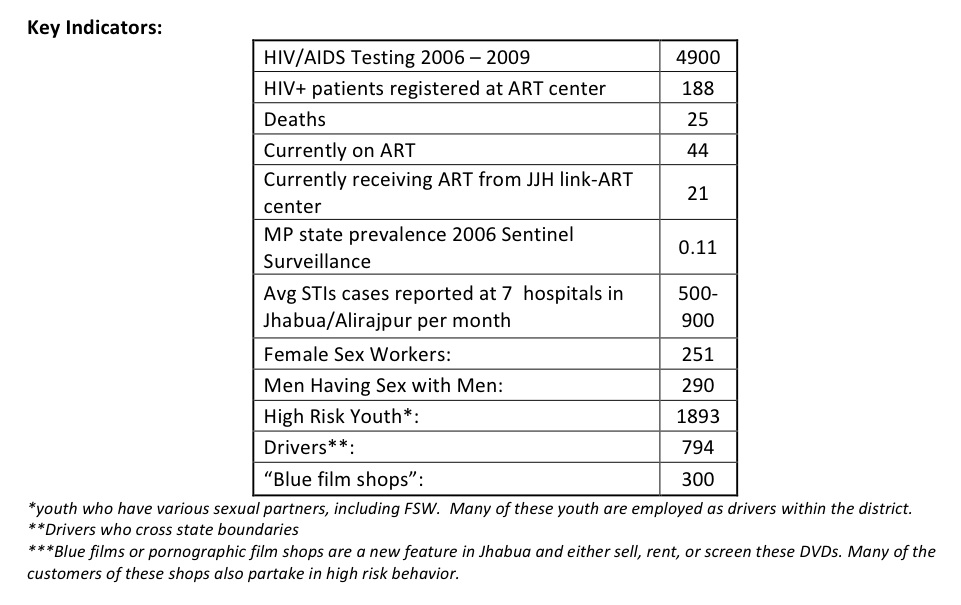 The 2006 HIV Sentinel Surveillance data shows that the prevalence of HIV in Madhya Pradesh has remained relatively stable (0.17 in 2002 to 0.11 in 2006).   Though state-wide data suggest stability in HIV prevalence, cases of HIV in the Jhabua area seem to be on the rise.  At the project’s inception approximately two year ago, Jeevan Jyoti Health Services Society was facilitating care for 54 patients infected with HIV.  This number continues to rise, with an average of 6 to 7 new cases being identified each month (Figure 1).  A total of 175 patients have been registered as HIV positive in Jhabua and Alirajpur.  This increase in HIV cases highlights the critical need for appropriate HIV/AIDS-related programs in Jhabua and Alirajpur. 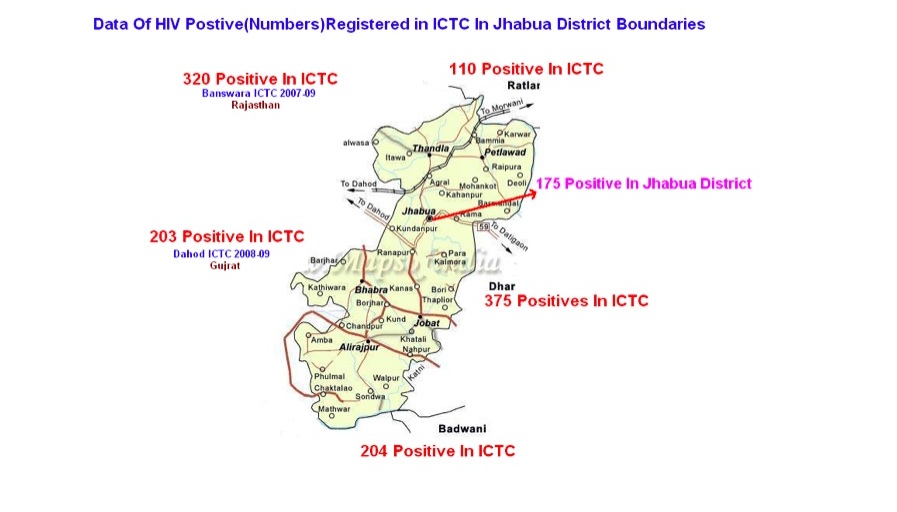 An average of 64% of Jhabua and Alirajpur’s population migrates seasonally to neighboring states Gujarat, Maharashtra, or Rajasthan or to Indore.  In the 175 HIV positive cases we’ve identified so far, 40% have migrated for work.  The figure below demonstrates the high amount of HIV cases in the districts surrounding Jhabua and Alirajpur.  Damod, Gujarat where most migrants travel is a category A district according to recent surveillance.  Below Alirajpur, Nandurbar, Maharashtra is a Category A district as well.  Neighboring Banswara district is only a category B district according to 2006 data, but there are currently 302 HIV+ people registered in this center.  Migrants for Jhabua and Alirapur frequently travel to high prevalence districts where they partake in high risk behaviors.

The figure on the next page demonstrates there is a high correlation between blocks with high migration rates and high numbers of PLHA.  Yet, the maps also demonstrate that some districts that have high rates of migration also have low rates of PLHA.  This does not mean that there is actually a low prevalence of HIV, but that we have not been able to penetrate these areas yet because of staffing limitation. 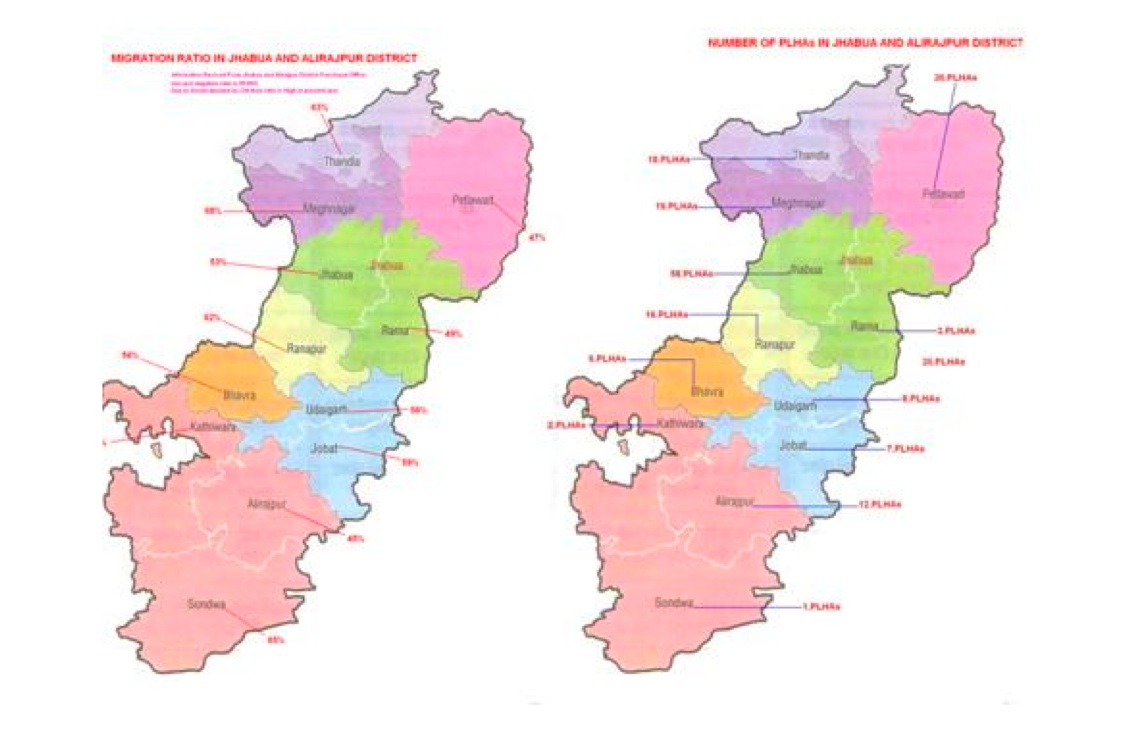 Jhabua and Alirajpur also have high numbers of high risk populations such as female sex workers, MSM, truckers, and youth who report visiting FSW and having multiple sexual relations.

In addition to knowing that many people in Jhabua and Alirajpur participate in high risk behavior, we also know that there are many reported cases each month for STIs at the 7 major hospitals in Jhabua.  The table below lists the estimates of the number of STI cases seen per month by the doctors at the 7 hospitals.

Low level of knowledge about HIV and STI prevention

All of these risk factors are compounded by the low level of awareness about HIV in the districts.  Only 35 percent of women and 59 percent of men in rural Madhya Pradesh have ever heard of AIDS.  Furthermore, in rural areas, far less is known about the protective benefits of condom use.  Fewer than half as many women in rural areas versus urban areas (26 percent versus 63 percent) understand that consistent condom use can reduce HIV transmission.  The statistics for men show slightly better, though still inadequate, rates of understanding regarding HIV transmission, thus emphasizing the vulnerability of this population to HIV (Figure 1).