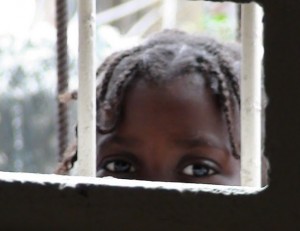 Haiti’s misery after last month’s earthquake will be compounded by a food catastrophe if the international community continues to ignore the country’s agricultural needs, the United Nations has warned.

Despite pledges covering over 95 percent of the 575-million-dollar target set for the U.N.’s Flash Appeal to rebuild Haiti, where food insecurity was a massive problem even before the earthquake that killed over 200,000 people, there is a big shortfall in the campaign’s agriculture component.

Indeed, only eight percent of the 23 million dollars required for the sector’s immediate needs have been raised, the U.N. Food and Agriculture Organization (FAO) has said.

The money is needed to provide Haitian farmers with the resources they lack for next month’s start of the spring planting season, which accounts for over 60 percent of the country’s food production.

"Everybody needs to understand the need to act right now, otherwise the planting season will be lost," Geri Benoit, Haiti’s ambassador to Italy and the Rome-based UN food agencies, told IPS.

"We in Haiti plan around the rainy season. If it rains and you are not ready, your soil is not ready and your seeds and fertilizers are not ready, you miss the planting season and for us this means you lose 60 percent of food production."

The United States and Brazil have promised to send batches of seeds and fertilizers next week, Benoit said at the 2010 Governing Council of the International Fund for Agricultural Development (IFAD), another U.N. food agency.

The FAO and IFAD have already started distributing seeds, fertilizers and tools but more is needed, so the appeal shortfall must be made up quickly.

"At a time when Haiti is facing a major food crisis we are alarmed at the lack of support for the agricultural component of the Flash Appeal," said FAO Director-General Jacques Diouf. "The economic and social reconstruction of Haiti requires a revival of food production and massive investment in rural areas."

Diouf said that the produce of seeds planted in March will be ready for harvest in just three months, giving the farmers and their community’s nutritious food for many months after.

Over 5.3 million people (58 percent of the population) were undernourished in Haiti even before the Jan. 12 earthquake because of extreme poverty and long-term underinvestment in agriculture.

Prices for some foods have risen sharply in the western hemisphere’s poorest country since the disaster, which left over two million people needing aid, including one million homeless.

This is because of the destruction of agricultural assets, fuel and food shortages, and disruption to market channels caused by damage to ports, roads, warehouses and means of transport.

Non-government organizations are also worried about the neglect of agriculture. "Food could become the next catastrophe," says anti-poverty NGO ActionAid. "People affected by the earthquake leaving urban areas, a forthcoming food price hike and a long-term underinvestment in rural areas and agriculture could all spell disaster again.

"Agriculture is Haiti’s most important sector – more than 70 percent of the people live off the land. Urgent investment in smallholder farming is needed to tackle hunger."

Diouf stressed that donors will also need to show endurance because Haitian agriculture requires "massive sustained international assistance for a long period," and he is calling on them to support a 700-million-euro government investment plan.

FAO is also sending a multidisciplinary team of top experts to Haiti to help the Agriculture Ministry plan its medium and long-term agricultural recovery programs, and make the country more self-sufficient for food.

Currently around 60 percent of the food eaten in Haiti is imported, making it highly vulnerable to external price shocks.

The rewards of these investments are potentially enormous. One dollar invested in agriculture will produce 40 to 60 dollars worth of food in Haiti, FAO estimates.

As well as tools, fertilizers, quality seeds and livestock feed, resources are needed for the rehabilitation of small-scale agricultural infrastructure destroyed by the earthquake, such as irrigation canals and food storage and processing facilities. It is especially important this happens, given that other sectors of the Haitian economy are on their knees.

"Agriculture alone represents 27 percent of Haiti’s GDP. Port-au-Prince, the capital city where business was done, has collapsed. So the other way for the country to rebuild quickly is to revamp agriculture."

FAO, IFAD and the World Food Program said last week that they have set up a ‘Tripartite Task-Force’ to better coordinate their efforts in Haiti.

The immediate post-disaster crisis is still not fully under control. Aid and services are not reaching a significant portion of quake victims, and many people are still lacking basic amenities such as shelter, food, water and medical assistance, the U.N. and NGOs on the ground say

"I have just arrived back from DA7, a rural area, the Grande-Anse department in Haiti’s southwest," Jean Claude Fignole, ActionAid’s Haiti Country Director, told IPS via email. "Over 120,000 migrants have arrived in the area, and the implications are potentially catastrophic.

"Homes that used to accommodate four or five people are now accommodating over 30. Insecurity is on the rise with several cases of home burglaries being reported.

"Food stocks are being depleted. Public rural markets used to stay open for eight hours and are now only open for two hours due to lack of food.

"Food prices are on the rise. A lot of four yams used to cost 64 Gourdes (1.6 dollars) in the rural market and now costs 500 Gourdes (12.50 dollars)… unlike in the past; we can see the real catastrophe is on its way."

Learn more about RMF in Haiti