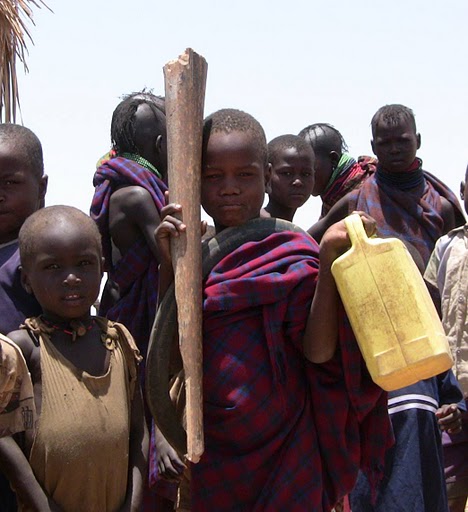 Aid agency Oxfam warns that a failure of rains across swathes of East Africa is putting millions of lives at risk.

This is the sixth successive season of failed rains in an area already hit by its worst drought in 20 years.

Some 20 million people face starvation in vast areas of Kenya, Somalia and Ethiopia, the UN has already warned.

Oxfam says November rainfall was less than 5% of normal in much of Turkana in northern Kenya, all of Somaliland and Ethiopia’s Central Highlands.

In Turkana, one of the worst affected areas, nearly one person in three is malnourished.

The crisis is most severe in parts of Somalia, where worsening conflict and the drought have left 3.6 million people – a third of the country’s population – in need of aid.

“The rains were many people’s last hope, but they have failed again, said Oxfam’s deputy humanitarian director Jeremy Loveless, who just visited Somaliland.

He said more must be done to help communities cope with the dry years through long-term rural development and investing in national agriculture.

“But in the short-term lives are at stake and emergency aid is needed now,” Mr Loveless said.

The aid group said 1.5 million cattle, goats and sheep – on which many rely – have already died.

The cattle that survive are being sold off at rock bottom prices.

To make matters worse, farmers are leaving the land to search for a living in cities already suffering from high unemployment.

Real Medicine is working in Turkana. Find out more