…but long-term care isn’t even on the horizon. –Associated Press 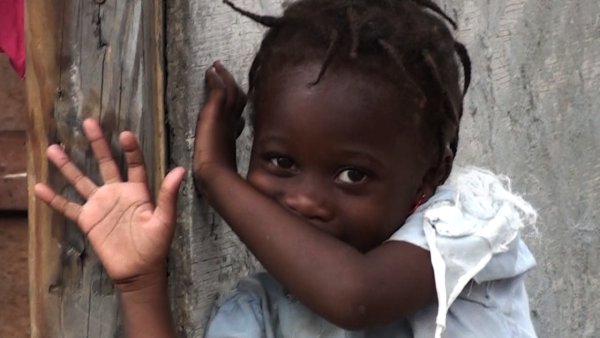 “…but long-term care isn’t even on the horizon.” –Associated Press

Maybe, but we just signed on to pay long-term, living wages for local medical staff in Port-au-Prince. There is still a lot to do–people are sleeping under sheets in the rain, there is still no food or clean water–but there are still groups trying …to help Haiti get back home again. Find out more.

Billions for Haiti, a criticism for every dollar (AP)

PORT-AU-PRINCE, Haiti — The world’s bill for the Haitian earthquake is large and growing — now $2.2 billion — and so is the criticism about how the money is being spent.

A half-million homeless received tarps and tents; far more are still waiting under soggy bed sheets in camps that reek of human waste. More than 4.3 million people got emergency food rations; few will be able to feed themselves anytime soon. Medical aid went to thousands, but long-term care isn’t even on the horizon.

International aid groups and officials readily acknowledge they are overwhelmed by the scale of the disaster. Haitian leaders — frustrated that billions are bypassing them in favor of U.N. agencies and American and other non-governmental organizations — are whipping up sentiment against foreign aid groups they say have gone out of control.

In the past few days, someone scrawled graffiti declaring “Down with NGO thieves” along the cracked walls that line the road between Port-au-Prince’s international airport, the temporary government headquarters, and a U.N. base.

Ahead of a crucial March 31 post-quake donors conference in New York, many are taking a hard look at the money that’s flowed in so far.

First the good news: Assistance has indeed been pouring into Haiti, sometimes from unexpected places.

An analysis of U.N. data shows that private donations make up the bulk of the total, accounting for more than $980 million of what has already been delivered or that donors have promised.

The United States leads all countries with its commitments of $713 million — with Canada, France, Spain, the United Kingdom, Japan and the European Union among other top donors. Saudi Arabia poured $50 million of its oil wealth into the U.N. Emergency Response Relief Fund. Even countries with their own troubles rushed to Haiti’s aid: Afghanistan provided $200,000.

But leaders including Prime Minister Jean-Max Bellerive are not happy with the way the aid money is being delivered.

“The NGOs don’t tell us … where the money’s coming from or how they’re spending it,” he told The Associated Press. “Too many people are raising money without any controls, and don’t explain what they’re doing with it.”

Haiti wanted aid organizations to register with the government long before the quake, a goal identified as a priority by former U.S. President Bill Clinton when he was named U.N. special envoy in 2009. But it was never completed.

U.N. and U.S. officials said there is close monitoring of NGOs who receive funds. The U.S. Agency for International Development requires recipient groups to file reports every two weeks on how their activities are lining up with their planned programs, said Julie Leonard, leader of the agency’s Disaster Assistance Response Team.

Governments tend to give funds to agencies from their own countries.

USAID paid at least $160 million of its total Haiti-related expenditures to the Defense Department, the Federal Emergency Management Agency, two local U.S. search and rescue teams and, in at least two instances, itself.

Tens of millions more went to U.S.-based aid groups. While much of that bought food and other necessities for Haitians, it often did so from U.S. companies — including highly subsidized rice growers whose products are undercutting local producers, driving them out of business.

One cent of every dollar has gone to the Haitian government.

Saudi Arabia’s donation is essentially a blank check for the U.N. fund to spend on Haiti relief as it sees fit. So is Afghanistan’s. DiCaprio’s million is going through the Clinton Bush Haiti Fund, while Coca-Cola and Dollar General’s donations are headed for the American Red Cross. The underwear is going through the Atlanta, Georgia-based aid group CARE.

The circus tents are for the Haitian government.

In the days immediately after the quake, this is exactly what many Haitians said they wanted. Distrustful of leaders they said were corrupt, some went so far as to say they hoped the U.S. would annex the country.

But the top U.N. official in Haiti said the country’s leaders are right: For half a century, the international community has kept Haiti’s government weak and unable to deal with disaster by ignoring officials and working with outside organizations.

“We complain because the government is not able to (lead), but we are partly responsible for that,” said U.N. Assistant Secretary-General of Peacekeeping Operations Edmond Mulet.

Worse, the patchwork of roughly 900 foreign and thousands more Haiti-based NGOs do not coordinate, take on too many roles and swarm well-known neighborhoods while leaving others untouched — doing what Mulet called “little things with little impact.”

He said the individual organizations should identify specific roles, such as road construction, and stick to them to make it easier for the Haitian government to coordinate the overall response.

A French Foreign Ministry official said the solution is to take the Haitian government seriously.

Clinton has put out two statements in the past week noting that much has been left undone in the massive international relief effort. Refugees International published a report saying the “the humanitarian response has fallen short of meeting the Haitian people’s immediate needs.”

“The Haiti situation, as has been said many, many times since the first day, is the most complex humanitarian response we’ve ever had to deal with,” she said.

The government estimates the quake killed 230,000 people — though without a civil registry or accurate means of counting, nobody really knows how many died. More than 1.2 million lost their homes, about half of those fleeing the capital to the even harder-to-track-and-reach countryside.

The Haitian government has gone through three prime ministers in two years, had a president overthrown in 2004 and was already helpless to rebuild from hurricanes and riots in 2008. It lost nearly all its major buildings and much of its staff in the quake.

Mulet said a strong plan at the New York donors’ conference could help organize the response, strengthen the government and provide help for the Haitian people. But doing so will mean changing the way things have been done in Haiti for decades.

“If this shake-up was not enough to really change us nor them, then I don’t know what will,” he said.

Associated Press Writers Michelle Faul in Port-au-Prince, Edie Lederer at the United Nations in New York and Angela Charlton in Paris contributed to this report.