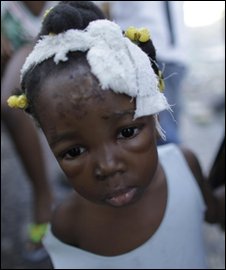 View BBC Video--Survivors dig with their bare hands, looking for food and drink

Up to 10,000 US troops will be on the ground or off the coast of Haiti by Monday to help deal with the earthquake aid effort, US defence officials say.

The UN has launched a flash appeal for $562m (£346m), saying three million people would need help for six months.

Humanitarian chief John Holmes said a massive effort was being mounted and officials were "straining every nerve" to help.

US President Barack Obama described the scale of the devastation as extraordinary and the losses suffered as "heartbreaking".

In a statement at the White House, he said the US would "do what it takes to save lives and help people get back on their feet".

Many are spending another day without food and shelter in the ruined capital.

Mr Holmes earlier told reporters that 30% of buildings throughout Port-au-Prince had been damaged, with the figure at 50% in some areas.

The Pan American Health Organization has estimated that the death toll could be as high as 100,000.

The US has already sent an aircraft carrier, the USS Carl Vinson, to Haiti and the USS Bataan, carrying a marine expeditionary unit, is on its way.

The chairman of the US Joint Chiefs of Staff, Adm Mike Mullen, said a hospital ship and more helicopters would be sent in the coming days, carrying more troops and marines.

"Right now, I mean, literally as we speak, the Vinson (aircraft carrier) and the company from the 82nd Airborne who got there last night are focusing on delivering water from the helicopters offshore to the people of Haiti." 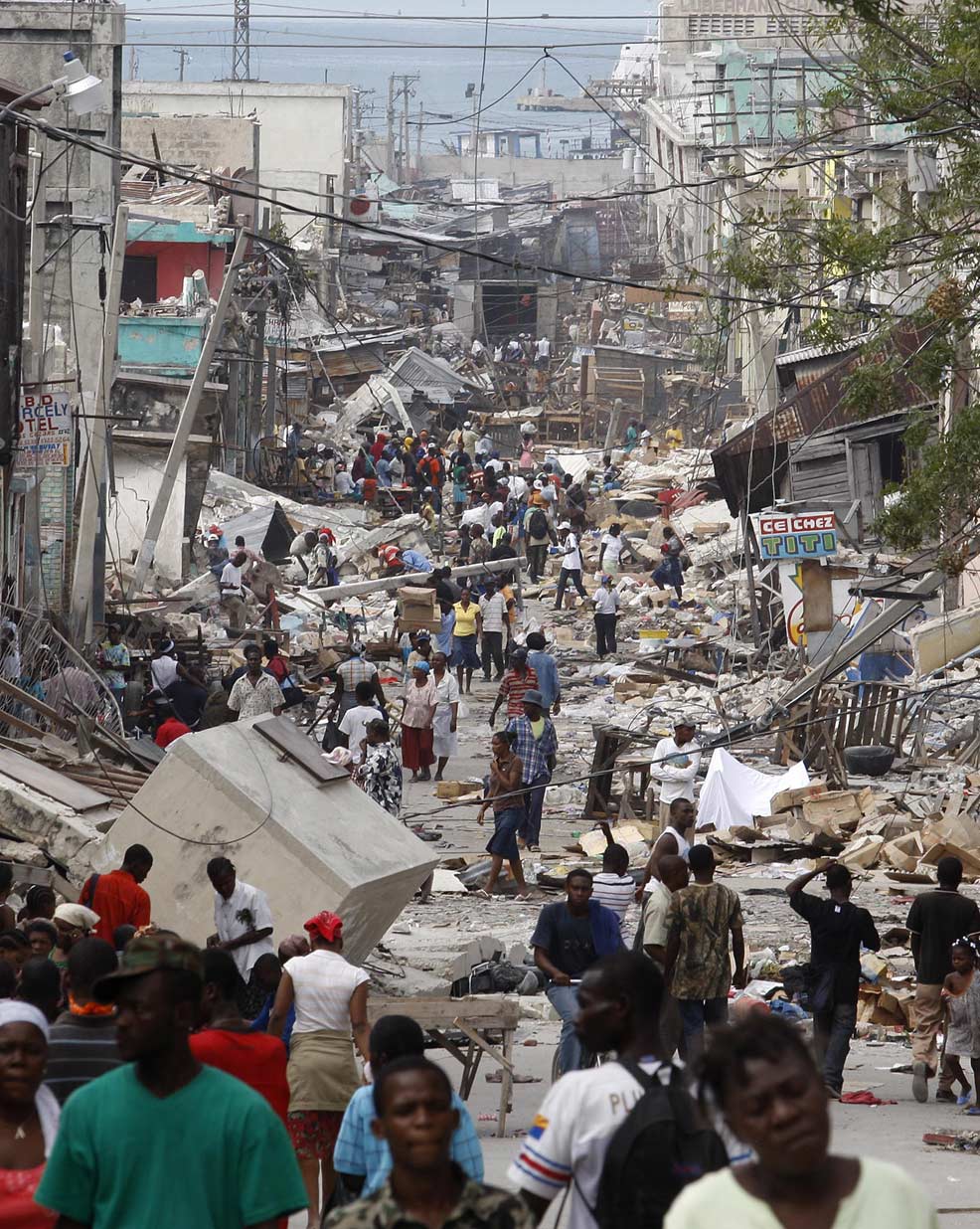 US defence secretary Robert Gates said the relief effort was the "highest priority for US military assets in this hemisphere", and all necessary resources would be made available.

He described infrastructure problems which have led to delays in aid distribution as "facts of life".

"I don’t know how … [the US] government could have responded faster or more comprehensively than it has," he said.

The announcements came after Mr Obama pledged full American support in a phone call to his Haitian counterpart Rene Preval.

The US president also said he would meet former Presidents George W Bush and Bill Clinton on Saturday to discuss Haiti.

US Secretary of State Hillary Clinton will meanwhile travel to Haiti to see for herself the scale of the damage.

The UN said a total of about $310m (£190m) in international aid had been pledged so far for the relief effort.

UN Secretary General Ban Ki-moon said that distribution of food and medicine was under way, but correspondents say there is little immediate sign of a co-ordinated relief effort on the ground.

The UN’s World Food Programme says two million people will need food aid, but it has so far managed to feed just a few thousand.

Port-au-Prince’s small airport is filled to capacity and US air traffic controllers have taken charge to help manage the influx of planes.

Mr Holmes said everyone was "working desperately" to resolve the problems and the capacity to deal with flights was rising.

The port is too damaged to use and roads are blocked by debris, although the main route from the Dominican Republic is now clear.

The BBC’s Nick Davis in Port-au-Prince says the only convoys he has seen are people leaving the city, in search of food, water and medicine.

"We hear on the radio that rescue teams are coming from the outside, but nothing is coming," said one man, Jean-Baptiste Lafontin Wilfried.

The UN headquarters has collapsed and correspondents say there is little official presence in Port-au-Prince despite incidents of looting.

Aid groups say it is a race against time to find trapped survivors.

Plane-loads of rescuers and relief supplies are arriving from the UK, China, the EU, Canada, Russia and Latin American nations.

Gen Douglas Fraser, the commander of US Southcom, says around 90 aid flights a day are landing.

Find out more about RMF in Haiti