Voices From The Field: 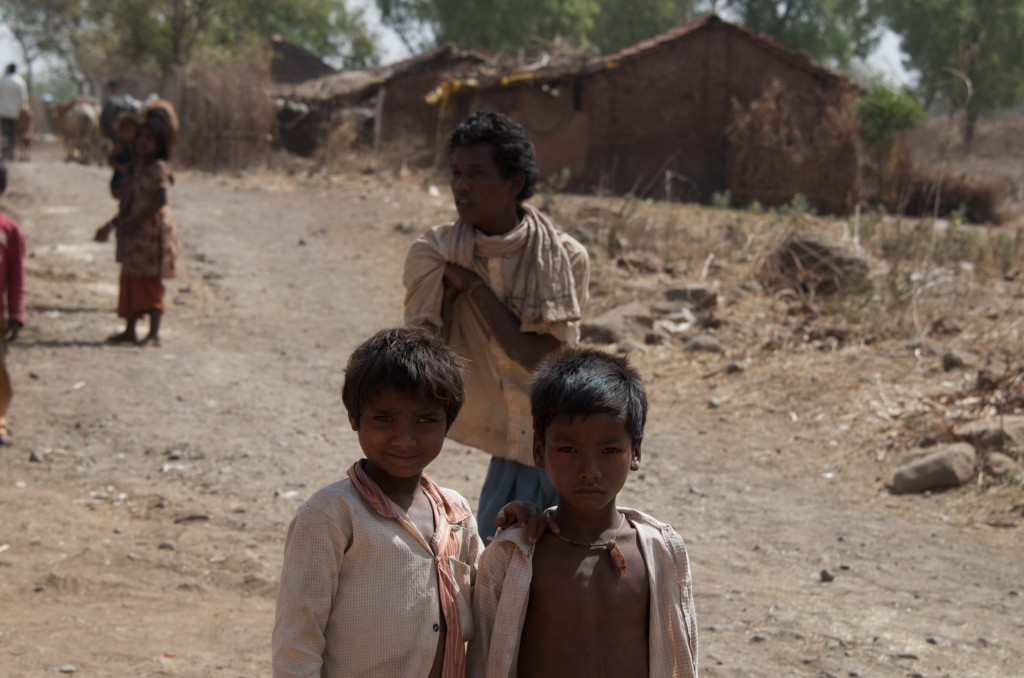 Virgil wrote that fortune favors the bold, but I’m pretty sure this isn’t what he had in mind.

I’ve been in India for a grand total of 36 hours, most of it in transit, and it’s this last leg that is the most terrifying. Flashes of colour and sound as we hurdle down a road with what might generously be called lane markers, drivers in opposite directions flashing their headlights and honking frantically.  There are seat belts in the car, but somewhat incongruously, the ones that actually have clips don’t seem to have anything in to which they buckle. Our driver (who, appropriately enough, has been dubbed ‘Michael Schumakr’ by the local staff) seems to revel in swerving away from oncoming trucks at the last possible second, dancing to and fro between lanes like a hippopotamus on roller skates, its sheer bulk and momentum defying the manoevres it seems to barely pull off.

My companion turns to face me, and grins. “Welcome to India.”

It’s not until we park and move into the RMF house in Jhabua that I pause to contemplate everything I’ve seen so far. Images and soundscapes paint themselves over the canvas of my recollections over the past few days. The gloriously chaotic mess of stores, streets, stalls, banners and people that is Mumbai. The verdant green countryside outside the bustling, churning sprawl of the city, nourished by the monsoon rains, that seems to stretch on and on, ending somewhere beyond the horizon. The somewhat dusty rural charms of Jhabua, tin roofs and half finished houses nestling between green leaves and cows hanging out in the middle of the road, ruminating placidly in the face of people, cars, and more cows.

It is in Jhabua that I find myself resting my head after traveling halfway around the world, mind racing and reeling from the new surroundings. America may be a melting pot, but India is a stew: simmering with heat, varied in texture and flavour, with alternately sweet and spicy components floating and churning in the mix.

Time to start digging in.

As the days go on, I begin taking in the various aspects of the more rural areas where RMF is active. In Bhopal, we meet in the sterile, air conditioned office of a highly placed Indian official who will be supporting us in the district wide mission planning that will be rolled out soon. The day after, in a somewhat stuffy wood paneled boardroom (replete with microphones at each seat), we sit and listen to the machinations and turf squabbles of various governmental departments and NGOs (who will go unnamed here, for reasons that I hope are obvious) over the particulars of how this new district planning process will work, and what exactly it will cover.

When the protocols and procedures of administration and planning are done with (for now), we make our way through the various districts to Barwani, where I encounter the local women who have been employed to work as community nutrition educators (CNEs), with regard to proper diet and malnutrition information. They’re a well versed, capable bunch, who don’t look like they’ll put up with much tomfoolery from anyone, and with one glance around the room, it seems that I’m the newbie – and there’s not much disagreement here.

After becoming inordinately excited on hearing the words ‘party block’ (and having subsequent images of a neighbourhood wide festival of some sort, perhaps of a religious nature, coinciding with one of the many, many faith-oriented holidays that happen here), I look around and see rolling, verdant green hills surrounding houses made from tree branches, mud and tin roofs. This is ‘Pati Block’ (pronounced, as I discovered, in a somewhat misleading way), a historically underserved region, and we are making a field visit.

There are no favors or silly hats here – we’re visiting the rural home of a family with a child who was born with a congenital malformation requiring surgery. We trek out half a mile into the fields, through mud and the pouring rain, taking shelter in the family’s humble dirt floored house. Later, we make arrangements to bring her to Indore, a nearby district, for further examination and surgery.

It’s been such a short span of time since I landed at Mumbai, and the scope of the work that RMF does is starting to take shape before me. There’s still a lot to see and take in, from the coordination with governmental forces and application of resources in various directions, to the monitoring and field work that needs to happen on the ground. I’ve still so much to learn.