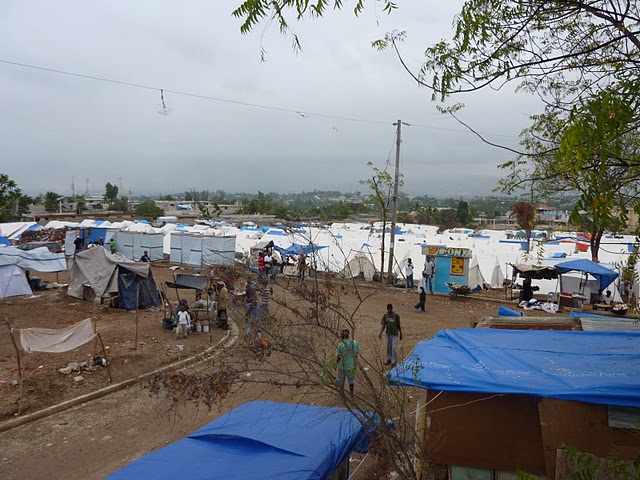 – Large parts of population leaving Port-au-Prince and putting a huge strain on underequipped communities in both outlying and border areas.

– Shelter and sanitation remains as top issue in all locations. So far emergency shelters have been distributed to 50% of those in need.

– Reported cases of malaria rising steadily in line with season/conditions in the temporary camps.
– Contingency planning committee under the UN for upcoming rainy season began this week.

President Obama, commenting on the precarious situation in Haiti after his meeting with Haitian President Rene Preval said: "The challenge now is to prevent a second disaster, and that is why at this very moment, thousands of Americans, both civilian and military, remain on the scene at the invitation of the Haitian government,"

The latest OCHA situation report from the UN reports that contingency planning has begun for the onset of rainy season and the challenges confronting Haiti going forward.  The early onset of rainy season last week has clearly shown the dangers ahead of large displacement camps, particularly for those located in flood and landslide prone areas. The report states that approximately 160,000 people have relocated to the Artibonite area and are overwhelming an already challenged community with basic services strained and reportedly leading to an increase in prices.  Additionally another 160,000 people have relocated to the border region of Dominican Republic and are in need of services/shelter.

At the same time preliminary UN surveys are also indicating that the existing sites population has actually increased by 10%.  The accuracy and reasons for this are being further studied and evaluated for the next report.

High risk settlements for flooding/landslides have also been identified and prioritized for the evacuation of up to 200,000 people.  In order to decongest some of the existing sites the government has identified the need for 600 acres of land, with 5 sites totaling 220 acres so far identified.

The government is also looking at bringing education to the children in camps or other sites instead of schools as the April 1st date set for continuing of education is unlikely to find enough stable school structures to serve this need.  In addition to school supplies, recreational materials/toys and psychosocial services are needed.  The second wave of food distribution has begun with the goal of one month rations being distributed to 300,000 families.  Maintaining the security of people in displacement camps, especially women and children has also been identified as a primary concern for the UN Security force contingent.

Further need for injury rehabilitation centers, hospital beds, orthopedic care, and increased coverage for Mobile Clinics have all been identified by the UN.  Currently only 160 of the estimated 600 sites with more than 5,000 people are being serviced by mobile clinics. Hospitals performing non-emergency procedures are also still lacking.