RMF Pakistan: We Will Eradicate Polio, even in the face of violence 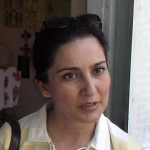 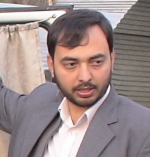 Pakistan is one of three countries in the world where polio has yet to be eradicated. Polio, a highly infectious viral disease that can cause permanent paralysis in a matter of hours, has been eradicated around the world except for Nigeria, Afghanistan and Pakistan where it is still endemic. According to the Global Polio Eradication Initiative, Pakistan stepped up its eradication efforts and numbers fell from 173 cases in 2011 to 58 in 2012.  Real Medicine’s approach has been to combine vaccination with education, to empower locals to assist in the complete eradication of the disease in their community. 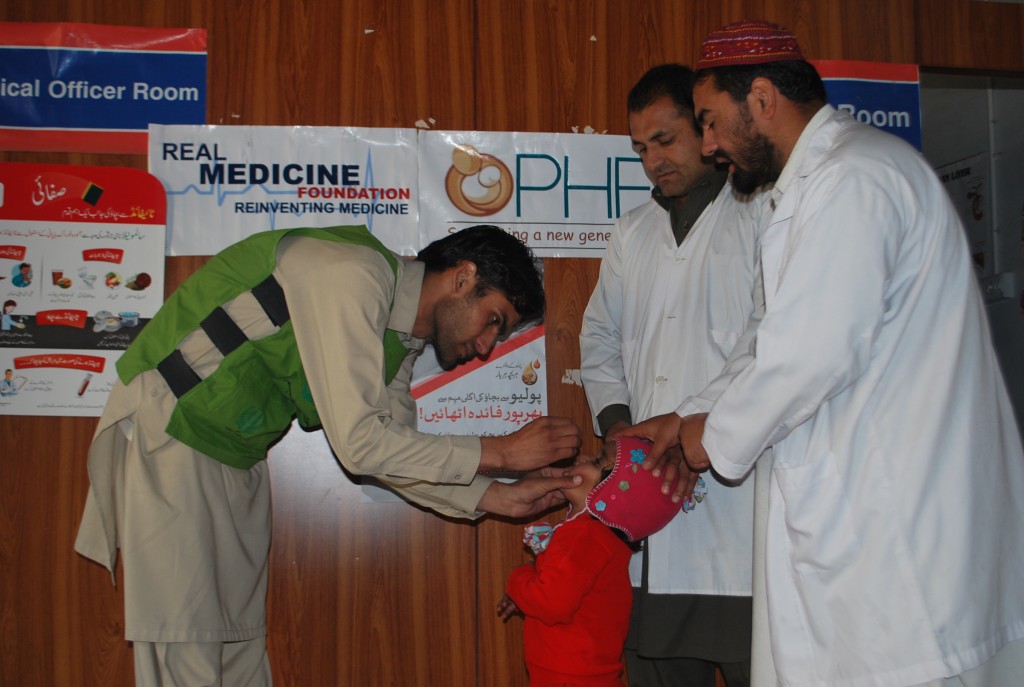 The RMF-PHF Hospital anti-polio drive in January and February administered anti-polio drops to 389 children under the age of five years during the six day polio eradication campaign. The children wetreated attended the drive from various Union Councils of District Charsadda. As usual, the hospital provided space and access to children for the Government/Rotary polio teams.  We have also started taking steps of involving the general public in our polio awareness and eradication campaigns. A Polio Awareness session was also held before the start of the vaccination with the parents of the children. The attendants and participants were mostly women, men and children, who were informed about the importance of polio eradication. It was also stressed that all children less than five years of age should be administered polio drops at RMF-PHF Agra Hospital. 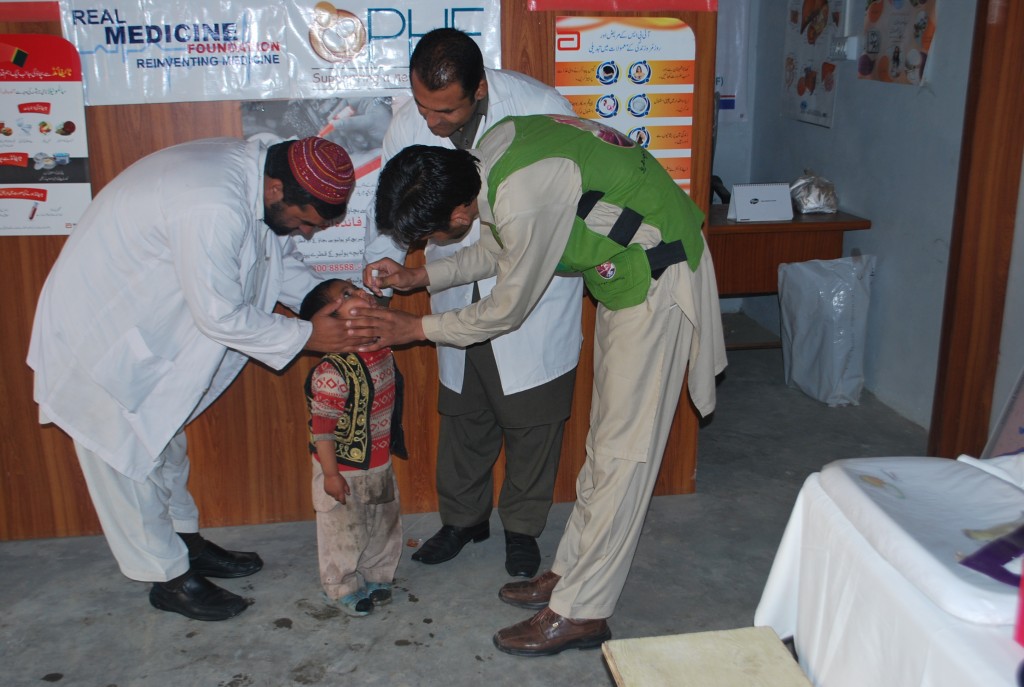 Unfortunately with the advent of 2013, Pakistan has become the most hazardous country in the world in terms of polio virus. Those offering polio vaccines are now targets for incredible violence: in December 2012, eight health workers assisting in polio vaccination were slain near Karachi, and on New Year’s Day seven charity workers providing immunizations, including six women, were slain in Charsadda. In the wake of these shootings, officials temporarily suspended the polio immunization program until police could be brought in to protect the doctors and nurses. Once vaccinations resumed, extremists have now turned their weapons on the guards. On Feb. 26, gunmen in Pakistan’s Waziristan tribal region shot dead a police officer protecting a medical team administering polio vaccine to children; a similar attack killed a policeman in January in Swabi. All for the “sin” of providing protection to Muslim children from polio.

[The killings are believed to have been the work of radical, extremists Islamic groups who call vaccination programs a Western conspiracy. They cite the U.S. operation that led to the 2011 killing of Osama bin Laden in Pakistan as the foundation of their suspicion. It was a Pakistani doctor conducting a fake vaccination program in 2011 to collect DNA samples from residents of Osama bin Laden’s compound to verify the al Qaeda leader’s presence there. As a consequence, the seeds of distrust of health campaigns with foreign links germinated.] 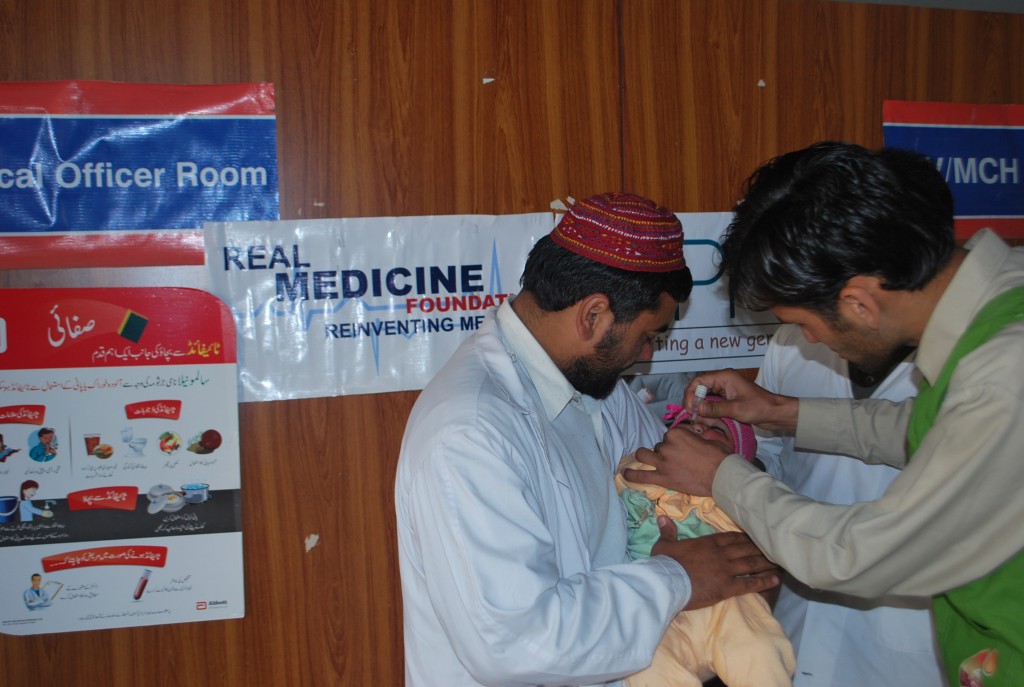 These attacks have not waned with the latest: a bomb blast at a polio center in Jamrud Hospital on March 3rd forcing workers to boycott an anti-polio drive in Landikotal. Our RMF-PHF Hospital is based bang in the center of this storm, 20 km away from the organization whose aid workers were killed on New Year’s Day has continued operations unabated. Minor security measures have been implanted where staff’s daily timings are regularly changed to mask their identities as they can blend in with patients frequenting the hospital; further augmented where they have stopped wearing white coats identifying them as hospital staff. A security check has been introduced at the entrance asking every person to submit their national ID cards at the gate to be collected on the way out. Naturally checks for arms or other weapons are also carried out. The stress and depression in response to these unspeakable acts against humanity is palpable at every turn.

The silver lining is the pleasure of seeing the brave commitment of our staff to continue their lives refusing to bow down to extremists’ demands. Based on their [our staff] Islamic beliefs, they argue that the time of birth and death is determined by Allah, hence no mortal can change that; if their death is meant to take place in the hands of a terrorist attack, they say, so be it. Meanwhile they are not going to allow a handful of twisted men change the way they live the life meant in their ‘kismet’ roughly translated as fate. This fatalistic view to life is the strongest weapon against the terror that is the aim of extremist militants. It can easily be said that this view characterizes the resilience of the Pakistani people, a fact that has undermined all the efforts of the Taliban.

It gives us great pleasure to say that our hospital is at the forefront of Pakistan’s drive to become polio free. Working together, we are one step closer to a polio-free Pakistan, and a polio-free world.

This work is ongoing. To contribute to our efforts to support Polio eradication in Pakistan, please visit the Real Medicine donation page here: www.realmedicinefoundation.org/donate