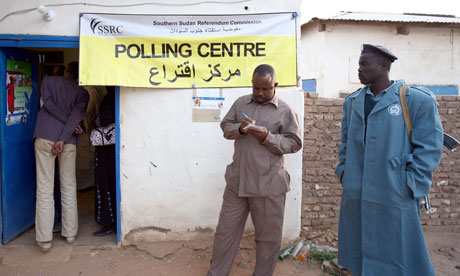 A polling station during the South Sudan self-determination referendum. Philip Dhil/EPA
Guardian Article about the referendum

Below are the collection of headline we receive from our UN contacts on the ground in Juba, Sudan that show the preliminary results and reactions to the referendum held all last week.

Real Medicine Foundation, in collaboration with the Government of South Sudan, the UNFPA, the WHO, St. Mary’s Hospital, Isle of Wight, and the Japanese International Cooperation Agency (JICA), and in partnership with and with financial support from World Children’s Fund, is establishing the first College of Nursing and Midwifery. The consortium aims to provide a scalable working model for this college that will offer a 3 year diploma for Registered Nursing and Midwifery and may be extended to other strategic locations within the country.