New Initiative: Increasing Access to HIV/AIDS, STI, and Women’s Health Services for some of India’s Most Vulnerable Women 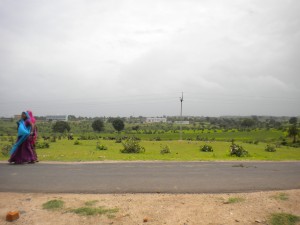 It has recently been estimated that there are approximately 2.8 million female sex workers in India, an estimated 36% of whom are under the age of 18. These women are some of the most vulnerable in India to HIV/AIDS and STIs and some of the most underserved, especially in rural areas where their networks are more difficult to target and their access to health services most limited.

Real Medicine Foundation is proud to announce that we’ve tied up with UNFPA and our local partner Jeevan Jyoti Health Service Society to provide access to HIV/AIDS, STI, and basic women’s health services for some of the most vulnerable female sex workers in the country. Our goal is to provide these women with the knowledge and tools to prevent HIV/AIDS and STIs and also to provide and facilitate access to counseling, testing and treatment when required.

We will be working in two districts, Jhabua and Nimach in Western Madhya Pradesh where we are targeting two very different communities, the Banchhara tribal community in Nimach where sex work has been an accepted community tradition for generations, and the tribal communities in Jhabua, where female sex workers have mobile networks of regular clients. While both communities are located in "low prevalence" areas, they are extremely vulnerable to HIV, the Banchhara because of their location on one of the most congested trucking routes in the country, the Bhils because of high levels of migration in their area, and both because of their low literacy rates and scarcity of health services. 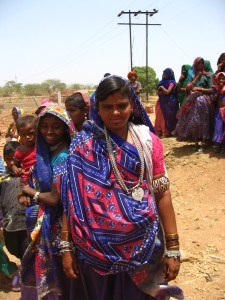 In addition to counseling and directing services towards the female sex workers themselves, we will also engage with the communities where these women work to make sure there is an enabling environment for them to seek services and that key community members such as pimps, clients, and owners of establishments that these women frequent are informed about HIV/AIDS and STIs and that they also have access to free counseling, testing, and treatment. We will provide training on HIV/AIDS and STIs to doctors who are the preferred care providers for female sex workers and will be offering them incentives to hold weekly health camps and screenings to benefit all women in areas where female sex workers live and work.

The RMF Team is humbled but enthusiastic to be taking on this difficult initiative. While there will be many challenges working in this sometimes controversial area with such sensitive populations, we also see the overwhelming need to serve these women who have suffered unimaginable burdens. During our staff interviews, project site locations, and focus group discussions over the past few months, we’ve met with many current and former female sex workers. As these women open up and begin to trust you, their amazing spirits come out while telling of their hardships and experiences. What is even more heartbreaking than seeing these beautiful young girls involved in this business, is to see these beautiful young girls exposed to such risks. Most of the women we met had some idea about the danger of HIV and STIs, but there are still many misconceptions and gaps in knowledge. They have almost zero access to health services in their areas and often face discrimination from government hospitals. 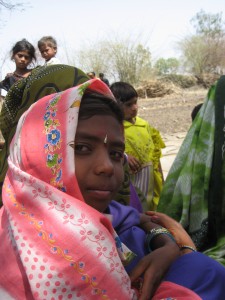 With the help of the local community, including current and former female sex workers, we hope to close this gap and to empower these women with the knowledge, tools, and facilities they need to prevent the spread of HIV/AIDS and STIs and to focus on long-term women’s health for the whole community. We begin this program knowing that we will have to rely on local communities to help us understand the nuances and complexities of healthcare provision in these areas and will tailor all of our efforts as best as we can to the needs of Jhabua’s and Nimach’s vulnerable populations.

For those of you who want to read more about the risk of HIV/AIDS for Female Sex Workers in rural India, I’ve included a background below.

In 2006, it was estimated that between 2 million and 3.1 million people were living with HIV in India. Once localized predominantly to the cities, evidence suggests that HIV/AIDS is now spreading to rural communities. Madhya Pradesh, traditionally considered a low prevalent state, has seen HIV spreading at alarming rates throughout rural areas that are rife with risk factors – low literacy, lack of knowledge about general health issues, especially HIV, high migration rates to nearby high prevalence areas, frequent interaction with female sex-workers, a high number of adolescents, and proximity of major trucking routes. HIV/AIDS in Madhya Pradesh is spread to rural communities through bridge populations and groups partaking in high risk behavior. Especially in Western Madhya Pradesh, which sits upon a major trucking route and is close enough for regular migration to Ahmedabad and Indore, HIV is spread by bridge populations – migrants and truckers – visiting Female Sex Workers (FSWs) and bringing HIV back home to their families in rural areas.

FSWs in Western Madhya Pradesh are non-brothel based, often working in small shacks close to trucking routes and in locations known to the general communities. A factor of great concern is that HIV is being spread amongst communities virtually unaware of HIV by bridge populations and high risk groups with a similar lack of knowledge about HIV and STIs.

HIV-related knowledge is a critical component of prevention, but statistics from the 2005-2006 National Family Health Survey-3 (NFHS-3) show that while about 74 percent of women and 95 percent of men in urban areas have heard of AIDS, those living in rural communities are far less educated about the disease. Only 35 percent of women and 59 percent of men in rural Madhya Pradesh have ever heard of AIDS. Furthermore, in rural areas, far less is known about the protective benefits of condom use. Fewer than half as many women in rural areas versus urban areas (26 percent versus 63 percent) understand that consistent condom use can reduce HIV transmission. The statistics for men show slightly better, though still inadequate, rates of understanding regarding HIV transmission, thus emphasizing the vulnerability of this population to HIV (Figure 1).2 The Behavioural Surveillance 2006 reports that only 50% of the sex workers are aware of STIs and fewer get treated for STIs (31%) in the government hospitals or clinics.

Given the spread of HIV from urban to rural areas combined with the lack of knowledge about HIV, STIs, and condom usage, there is urgent need to focus a targeted intervention on at-risk groups in Western Madhya Pradesh. Focusing on FSWs and their communities can help halt the spread of HIV amongst bridge populations.

JJHSS proposes targeted interventions in two districts of Madhya Pradesh, Jhabua because of its alarming rate of HIV growth combined with FSW spread throughout the district and Nimach because of the large FSW population concentrated along Nimach’s trucking route. Both communities have large FSW populations that are highly integrated into parts of the community – whether in terms of their client network in Jhabua or their community of FSW such as in Nimach.

Jhabua district in the Western-most part of Madhya Pradesh is 91 percent rural, 85 percent tribal, and has among the lowest literacy rates of the country.3,4 More than half of its 1.2 million tribal inhabitants live as marginal farmers below the poverty line and periodically migrate to the adjacent states of Gujarat and Maharashtra.5 In 2002, the HIV prevalence among high-risk groups in Gujarat was more than five percent. In the same year, Maharashtra was identified as a high-prevalence state, with more than one percent of pregnant women infected with HIV.6 Many tribal inhabitants from Jhabua work as migrant laborers in these urban areas where they are exposed to a number to risk-factors for HIV, including sexual exploitation and contact with commercial sex workers.

Due in large part to the HIV prevention efforts of organizations throughout the state, the 2006 HIV Sentinel Surveillance data shows that the prevalence of HIV in Madhya Pradesh has remained relatively stable (0.17 in 2002 to 0.11 in 2006).7 Though state-wide data suggest stability in HIV prevalence, cases of HIV in the Jhabua area seem to be on the rise. At the project’s inception approximately two years ago, Jeevan Jyoti Health Services Society was facilitating care for 54 patients infected with HIV. This number continues to rise, with an average of six to seven new cases being identified each month (Figure 2).

The alarming rate of new HIV case detection, combined with the presence of FSW in each village of the district, signals the necessity for a community based intervention to promote awareness on safe sex and to increase the coverage of HIV/STI testing and treatment, especially amongst FSW populations.

FSWs in Jhabua are non brothel based and are spread out throughout the district in almost every other village. They don’t advertise on the streets, but get their business through contacts and a network of clients. They typically have 15-20 clients at a time whom they call and arrange business with. These FSWs live at home with their families and often rent rooms to conduct business or work with local wine shops.

HIV in Nimach – a community

While in Jhabua sex workers operate through informal networks of clients, in Nimach, sex work is tied to a centuries old community practice and is deeply rooted in the tradition and economy of the Banchhara tribal community of the area. According to a report prepared by the Madhya Pradesh State Human Rights Commission, the Banchhara community which practices caste-based prostitution mainly exists in the Ratlam, Neemuch and Mandsaur districts of Madhya Pradesh, bordering Madhya Pradesh from where they are believed to have migrated some 500 years ago.

According to the report their total population is 5,775, including 3,113 females. There are 1,212 unmarried girls in the community of whom 45 percent are engaged in prostitution. The Banchhara females are divided into two groups. Those who marry are known as Bhattawadi and those reserved for prostitution are called Khelawadi. A Bhattawadi cannot engage in prostitution and a Khelawadi cannot marry. The mother has the right to decide which of her daughters will marry and which will become a sex worker. It is obligatory for the mother to dedicate at least one of her daughters to the flesh trade. She has to make the choice in the girl’s early childhood and declare it before the community’s deity, Nari Mata.

The Khelawadis conduct their business in small huts situated near highways as most of the customers are truckers. The fathers and brothers act as pimps. Banchhara women abandon prostitution after the age of 35, when they are considered old and do not get customers. By then many contract sexually transmitted diseases.

A recent health check conducted amongst Banchhara sex workers in Mandsaur and Nimach districts of the state showed that 50 percent of them were HIV positive. The report of the MPHRC on both the communities says that Banchharas could be considered affluent. "It is therefore possible to infer that prostitution amongst Banchharas is not an economic necessity. It is more a social custom or convention," it says. Earlier all the girls were debarred from marriage and it was obligatory for them to support their families through prostitution. But that is not the case any longer.

In 2006 JJHHS in partnership with the District Collector of Ratlam assisted in an FSW survey along the 110 km that connect Ratlam and Nimach, passing through Mandsaur. This survey identified 1,434 FSW hailing from 768 Banchhara families. We estimate that there are between 600-700 FSW currently in Nimach, but would need to conduct another survey to confirm this.

While government schemes are in place to assist these FSW, there is still much to be done to address HIV in this vulnerable population. There are currently only 3 ICTC centers for counseling and testing available for these women (one each in Ratlam, Madsaur and Nimach) and only one ART center for treatment.