And Why We Need To Act Now 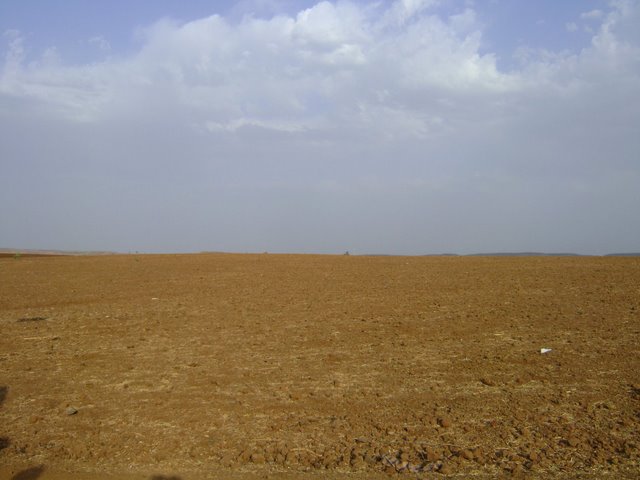 Last week I blogged about our program launch. We realize that it is unusual in the NGO world for an organization to launch such an ambitious initiative in such a short period of time. While in the ideal world we could have spent many more months planning, doing baselines assessments, and fundraising, we know that we need to act as soon as possible with the resources we have because if we wait too long human lives are our opportunity costs.

The situation has been bad in Madhya Pradesh for years. Since the hundreds of deaths from malnutrition last year, not much has changed on the ground except that the situation has gotten worse.

Over the next few months, we are facing the perfect storm for malnutrition in southern Madhya Pradesh: a situation that has already been dire for years will become even worse because of drought, a poor harvest that still forced mothers to be away from their children for long stretches of time, inaction during elections, seasonal migration and the coming monsoon which will bring its yearly bout of disease. This is an emergency.

The harvest in MP lasted from March-April. During the harvest Nutrition Rehabilitation Centers (NRCs) were virtually empty (of the 10+ I visited in April, I only saw 0-3 patients, maximum, in 20 bed facilities). Families often migrate and women need to work in the fields, regardless of the age of their children, to sustain their families. During this time children are left home alone, usually with insufficient food and babies are not breastfed. At the end of the harvest each year, according to every local health care worker we spoke to, the case load of malnutrition spikes, overflowing NRCs because

This year the situation is even more worrying because of elections and the Election Moral Code of Conduct, health care has virtually come to a halt at the field level. Health workers have been called on election duty; others have used the elections as an excuse to not come to work. New health care workers, even at the lowest levels, cannot be hired and ineffectual ones cannot be fired. Basic medications are expected to run out across the state because the new state drug procurement system has not yet been enacted because of elections and no drugs were ordered for this quarter.

Now that work can go on again from the government side and the NGO side, it may soon be too late. Monsoons will hit, which will make many tribal villages inaccessible for months. With the monsoons every year come a surge in diarrhea cases, which speed malnutrition, and other sicknesses such as malaria and dengue which often have higher mortality rates for children who are already malnourished and have weak immune systems.

Those children we don’t miss because of the monsoons we may miss because of migration. During the months from May-August as high as 50% of the population in southern MP may migrate to neighboring districts or states in search of work. Once these communities have migrated, they are lost within the system, since they are hard to find, let alone convince them to bring their children to hospitals in areas even more foreign for them than the district hospital in their home district. With no systems as yet to track migrants, it’s extremely difficult to offer them health services along their migration routes.

On and off draughts for over two decades have fueled poverty and migration in Southern MP, affecting millions of people. The draught first last season, and now this season which brought low crop yields is only exacerbating the poverty which causes malnutrition. I spoke off the record to a high level official in a government bureau who monitors drought and harvest. He told me that there was a severe drought affecting southern MP and that the harvests were much lower this season than last. This information is unlikely to come officially however, because speaking about drought and then the required relief is often extremely politically sensitive.

All the villagers we’ve spoke to in Jhabua and Dhar complain of a low crop yield this season, forcing farmers who didn’t make enough money to make tough choices on what to feed their families.

Most farmers are forced to borrow money to feed their families and get them through the next season. With village money lenders charging them a minimum of 10% interest per month, many of these farmers never recover from drought and debt and are forced to sell their land, turning them into indentured laborers to pay back their debt. 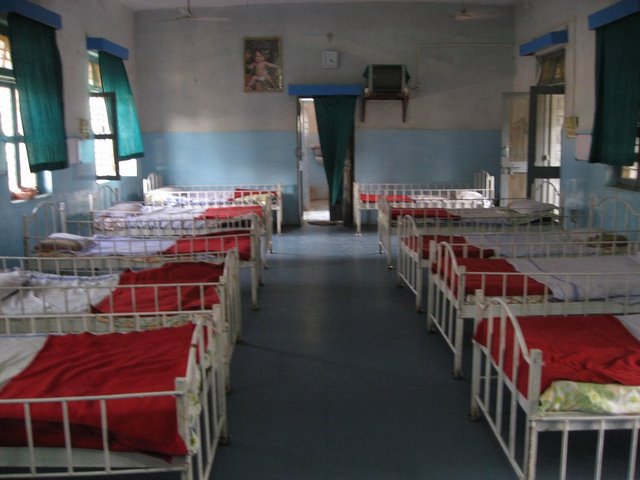 On paper, the government’s structures and schemes to alleviate malnutrition are perfect and if rolled out even halfway will bring enormous benefits to the people of India. Indeed, a large part in the battle against malnutrition has been won – government policies align for the most part with best practices and are forward thinking. On the ground however, these policies have not translated into actual services for the people. The slow nature of the bureaucratically swollen system, rampant corruption, and lack of oversight systems have prevented changes and services from being brought to the rural poor who need them the most.

Slow ramp up of the Integrated Child Development Scheme

ICDS and the supplementary feeding at anganwadi centers under that scheme currently covers just 35% of MP’s population (7th Report of the Commissioners of the Supreme Court). If the number is this low on paper, in practice it is even lower.

When I have found anganwadi centers in southern MP, they often do not have scales, charts, and basic medications.

NRCs are good facilities overall, especially for children with complicated malnutrition, but their capacity is insufficient (even if we could get patients to fill them) to meet the demand across the country. There are currently only an approximate 2000 beds at 135 centers across MP to serve 1.3 million patients. These are only located at district centers or larger towns throughout the districts and often prove difficult to access for tribal communities. Many tribal people are also not willing to spend 14 days at an NRC, regardless of the wage compensation given at the centers

This is why RMF is acting now and coming in strong. We’re joining some great partners who are already working in the field on malnutrition. We’re confident that other NGOs will follow us shortly and will be good allies in this battle against malnutrition and time. The government system will catch up as well. It has to. The scale of all health and social problems in India are so large that no one body can do anything without the government, its reach and resources. As we act to fill gaps in the system, RMF and our NGO partners will continue to strengthen and reinforce the government system’s capacity to address malnutrition.