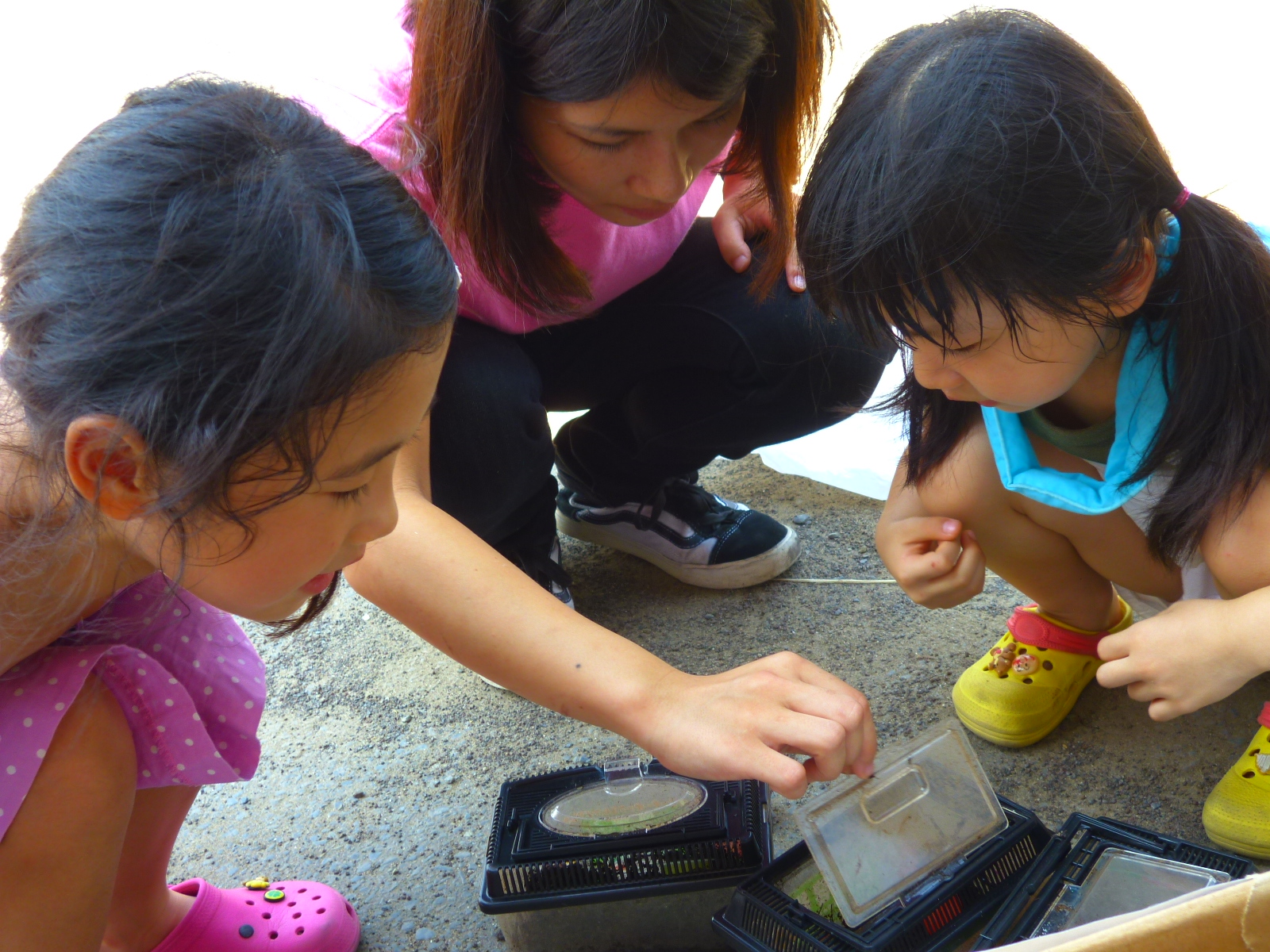 Approximately 1,690 individuals, employees of 7 local companies, 11 households and the residents of 11 communities of Ishinomaki were reached by JEN’s activities during this period.

JEN has been providing community spaces where evacuees can gather for activities and share their experiences as psycho-social care. There are currently 3 places where activities have begun as pilot projects in the existing communities, and 8 at transitional shelter compounds. 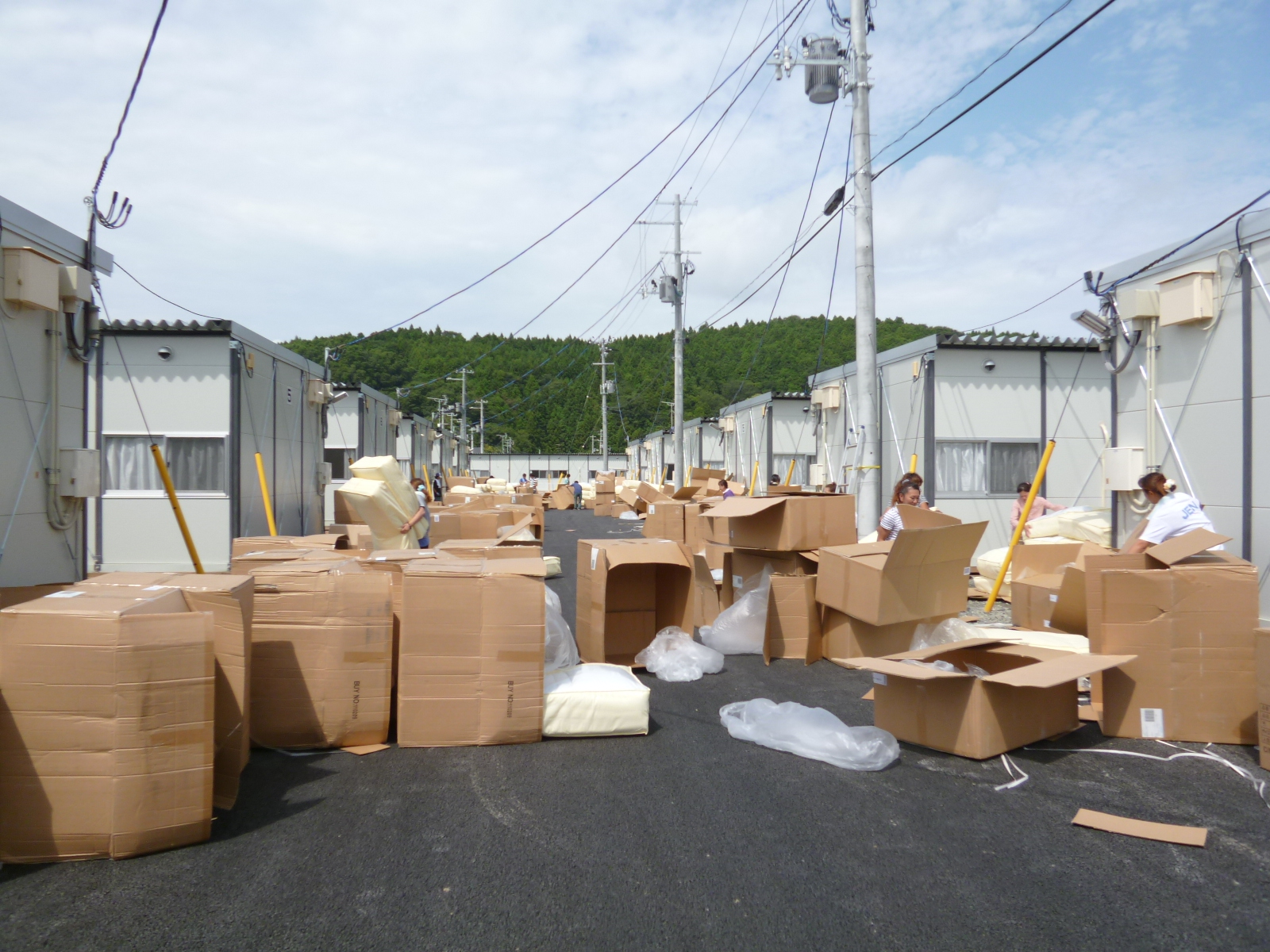 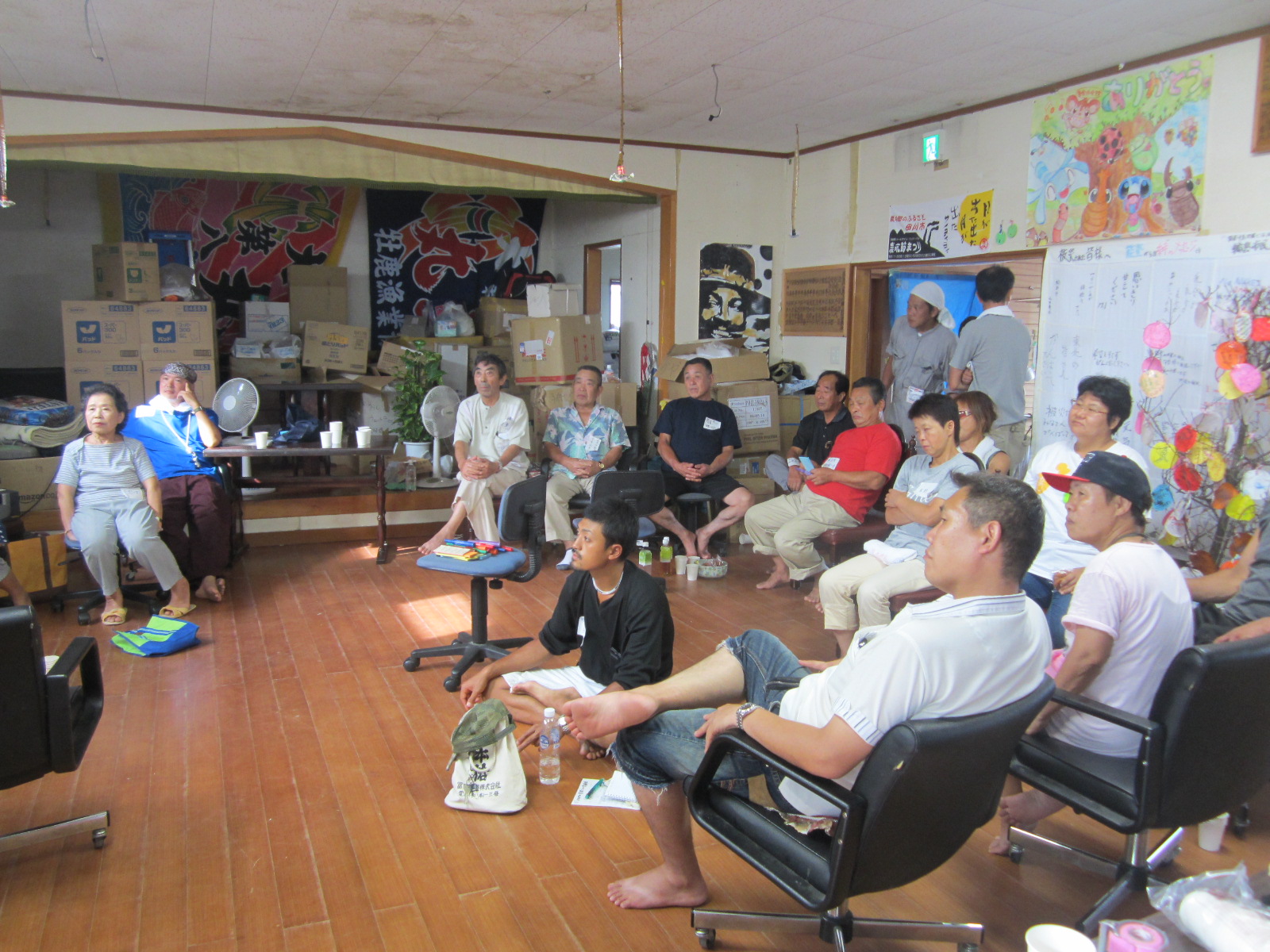 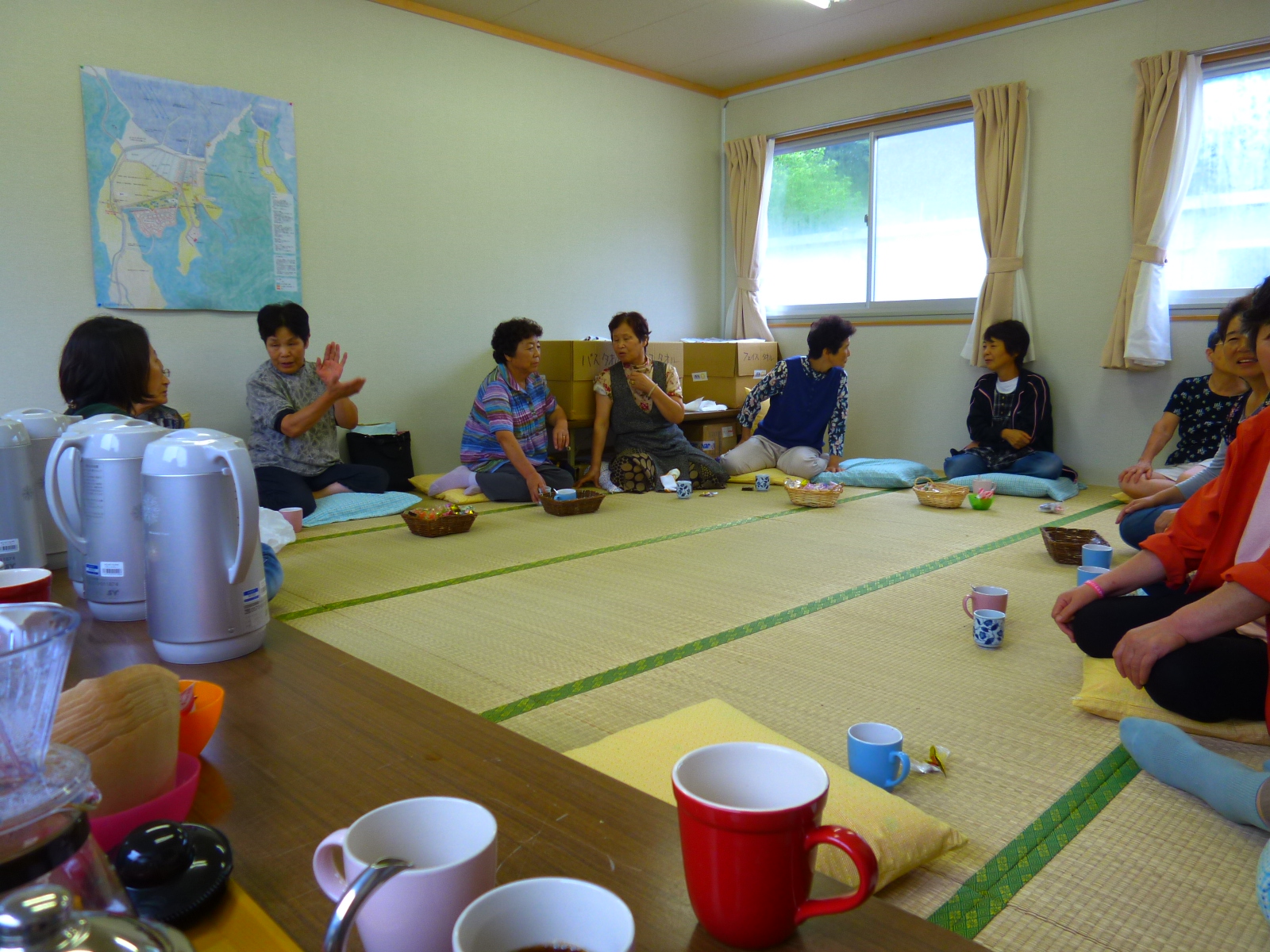 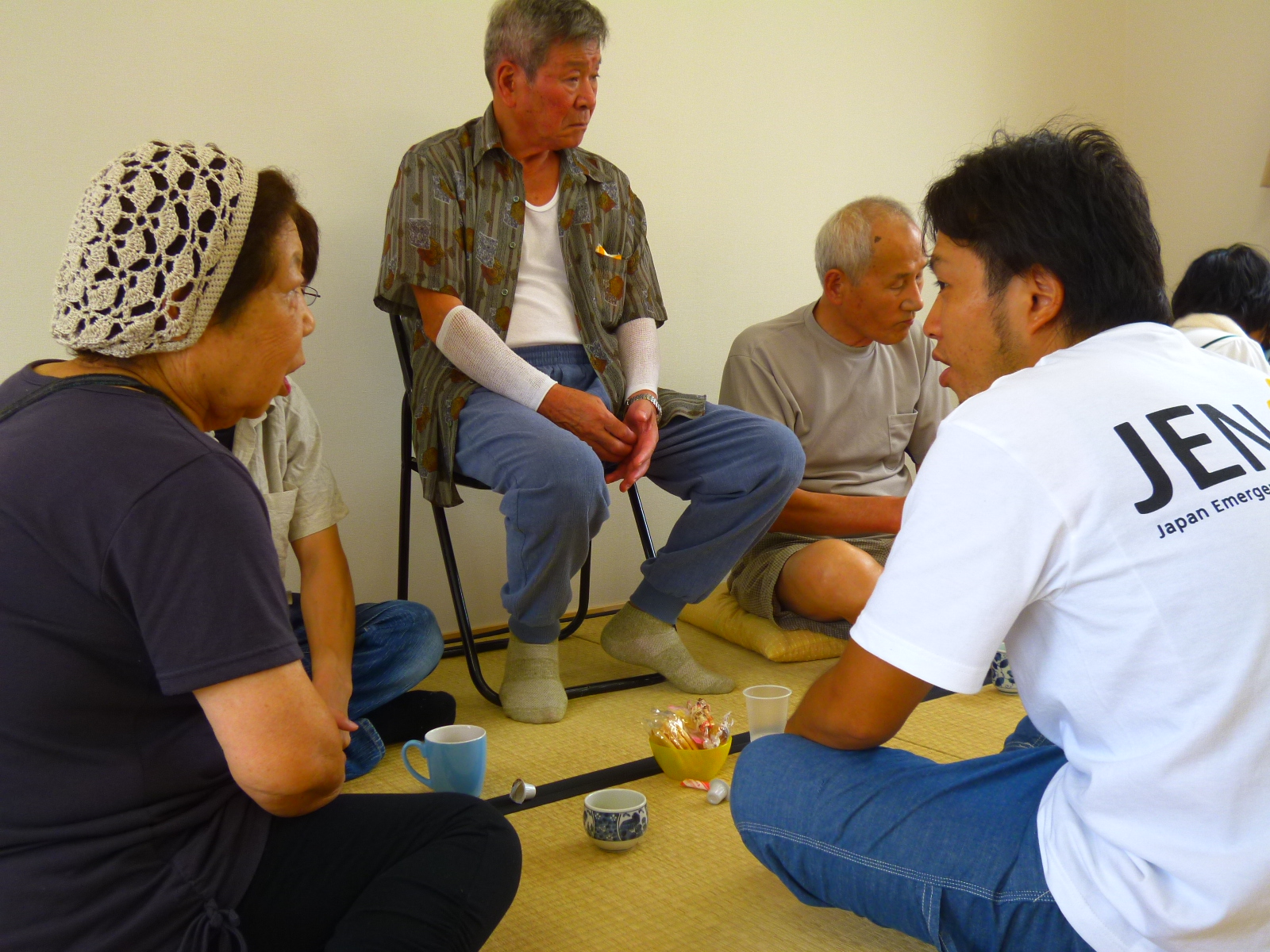 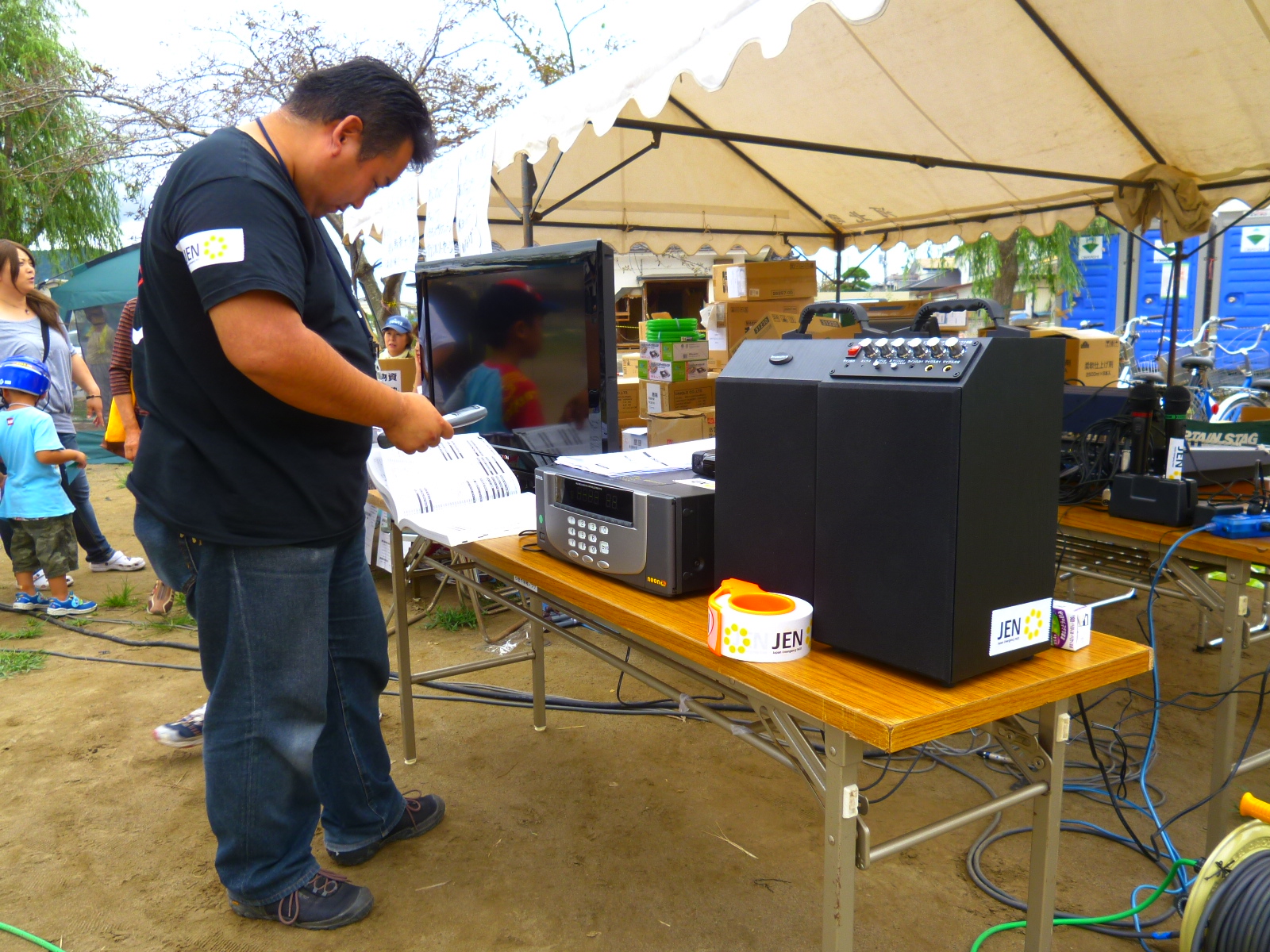 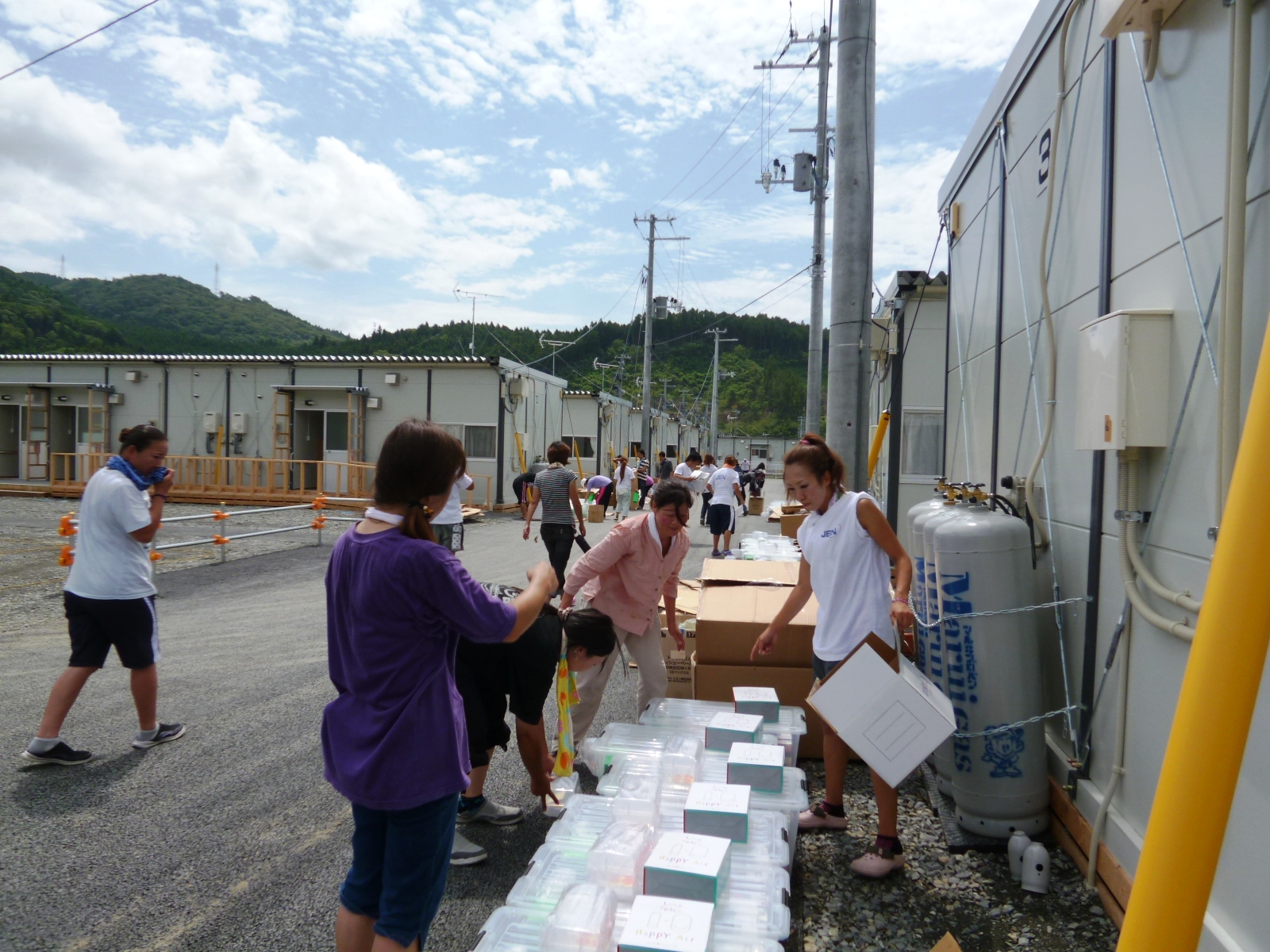 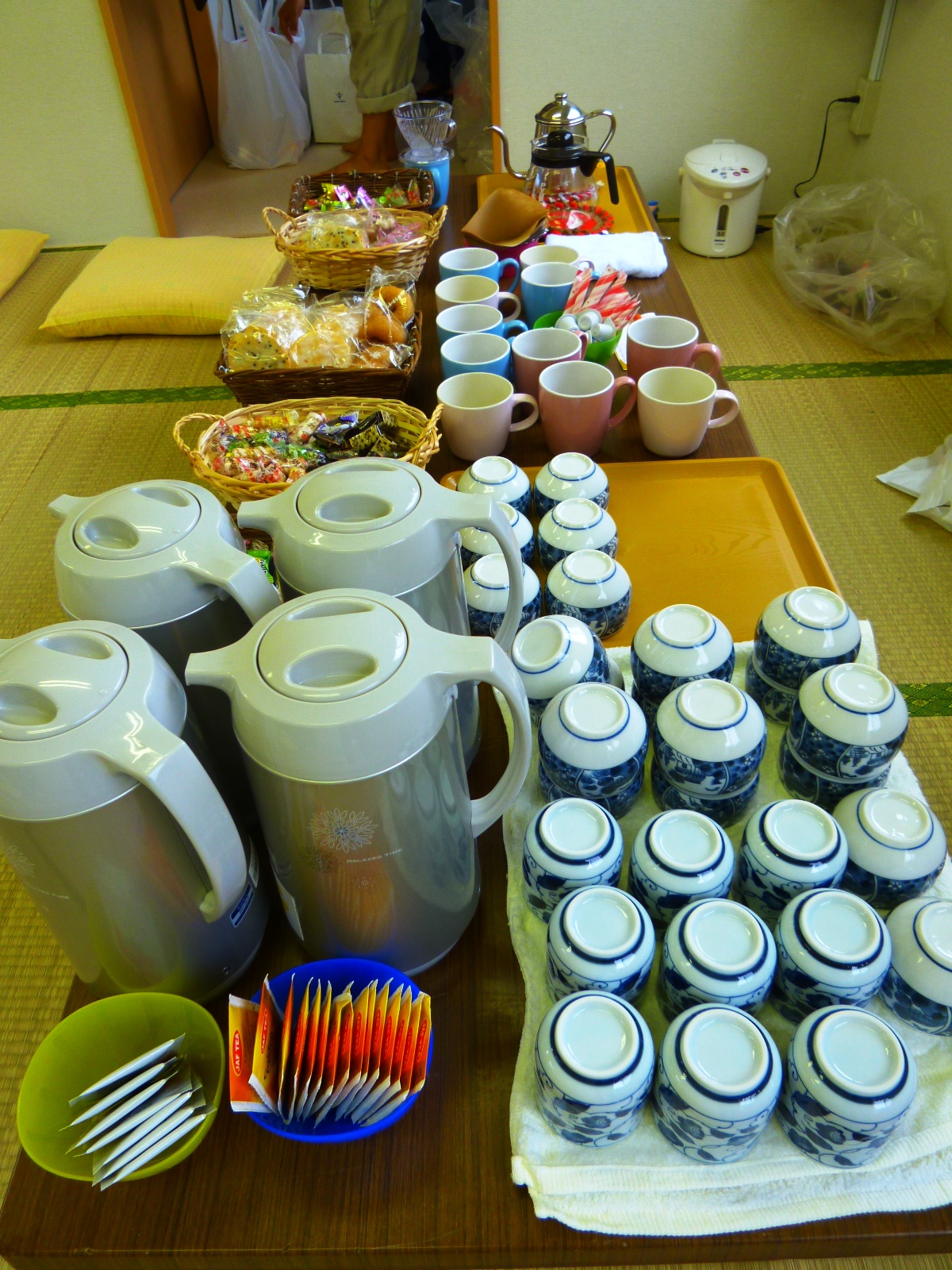 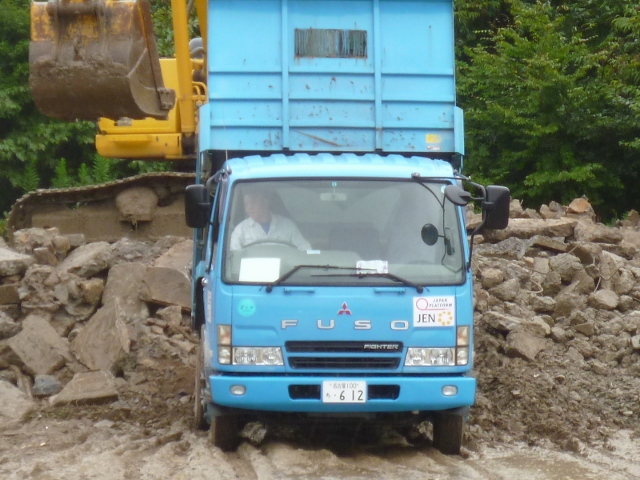 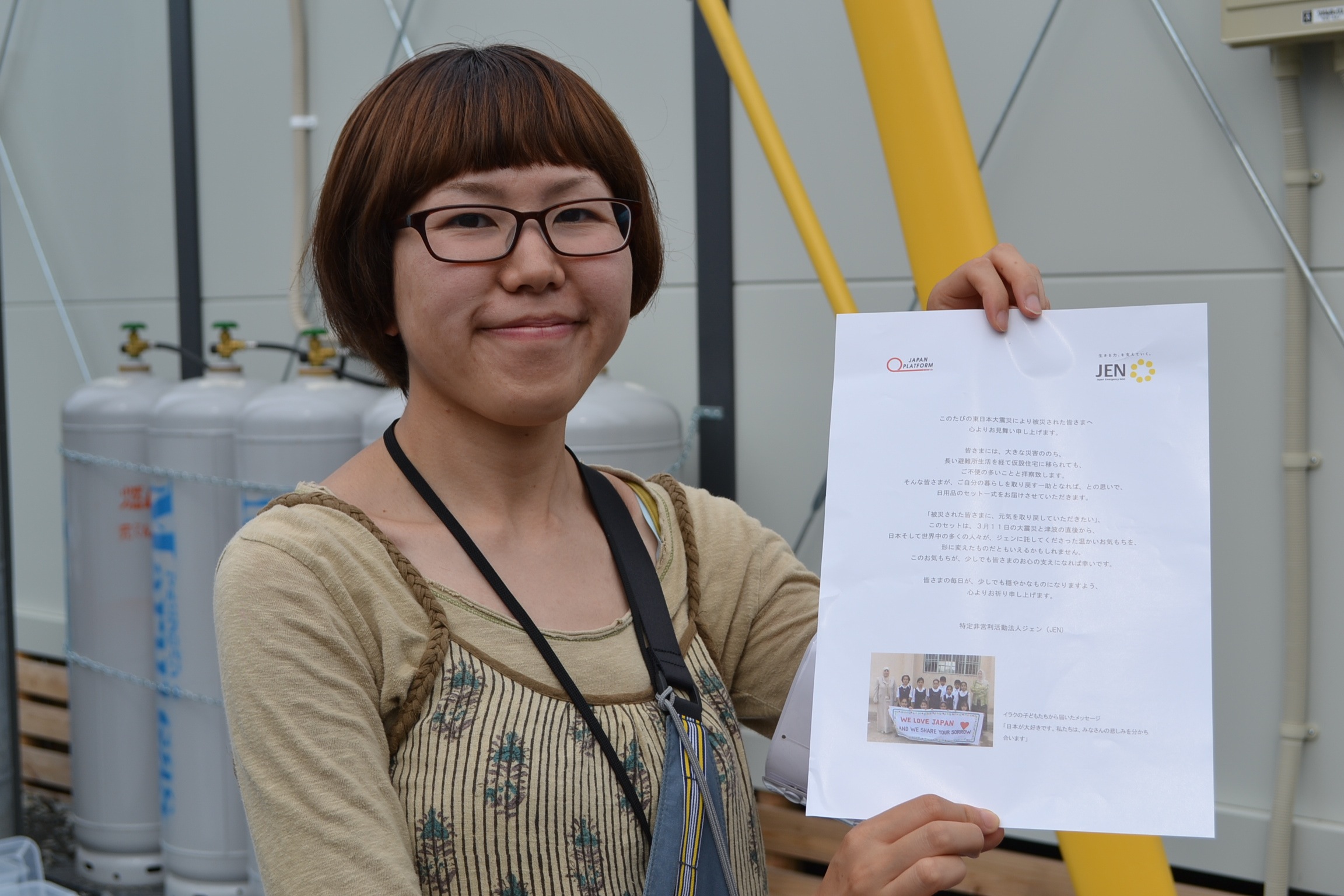 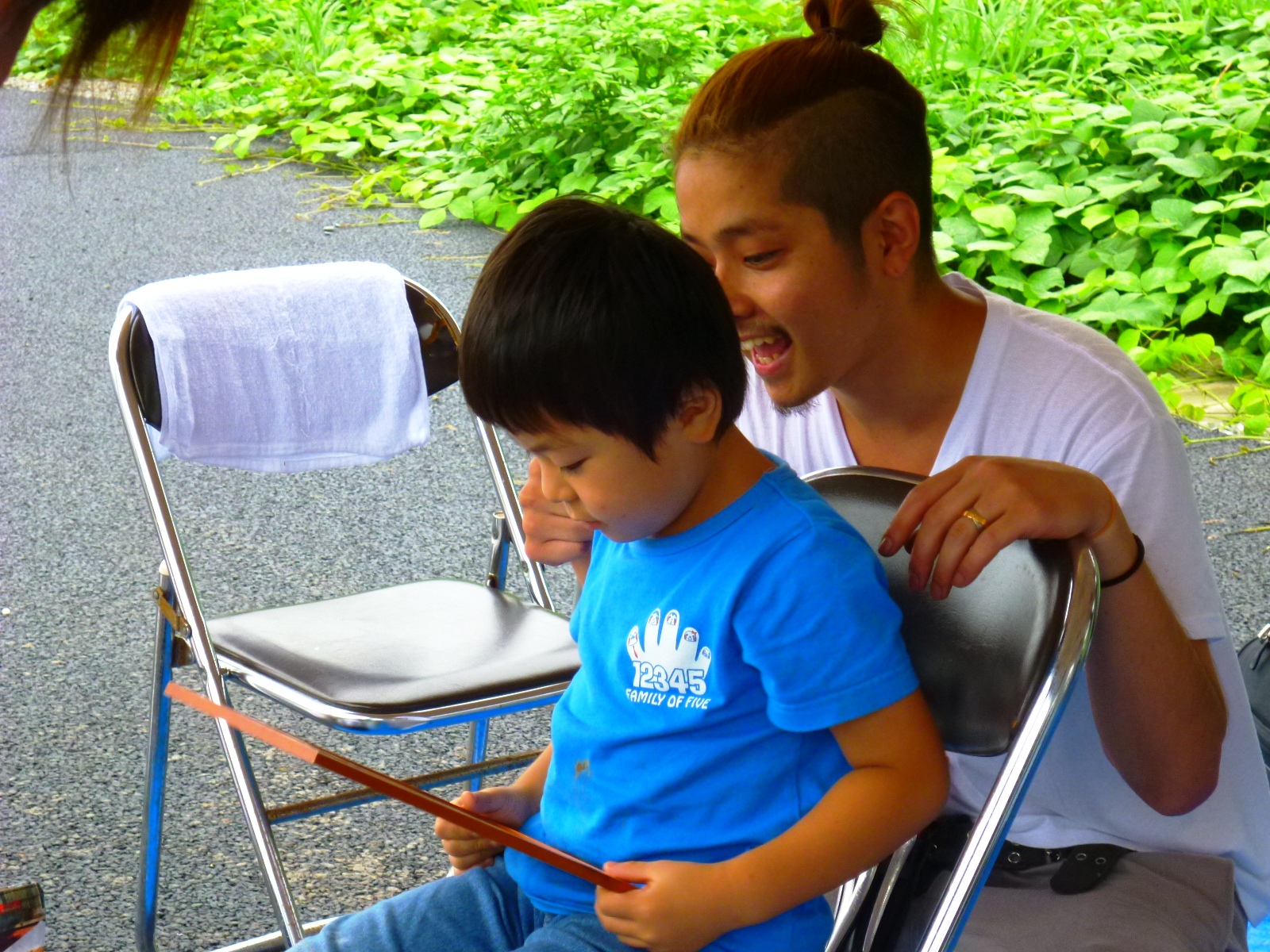 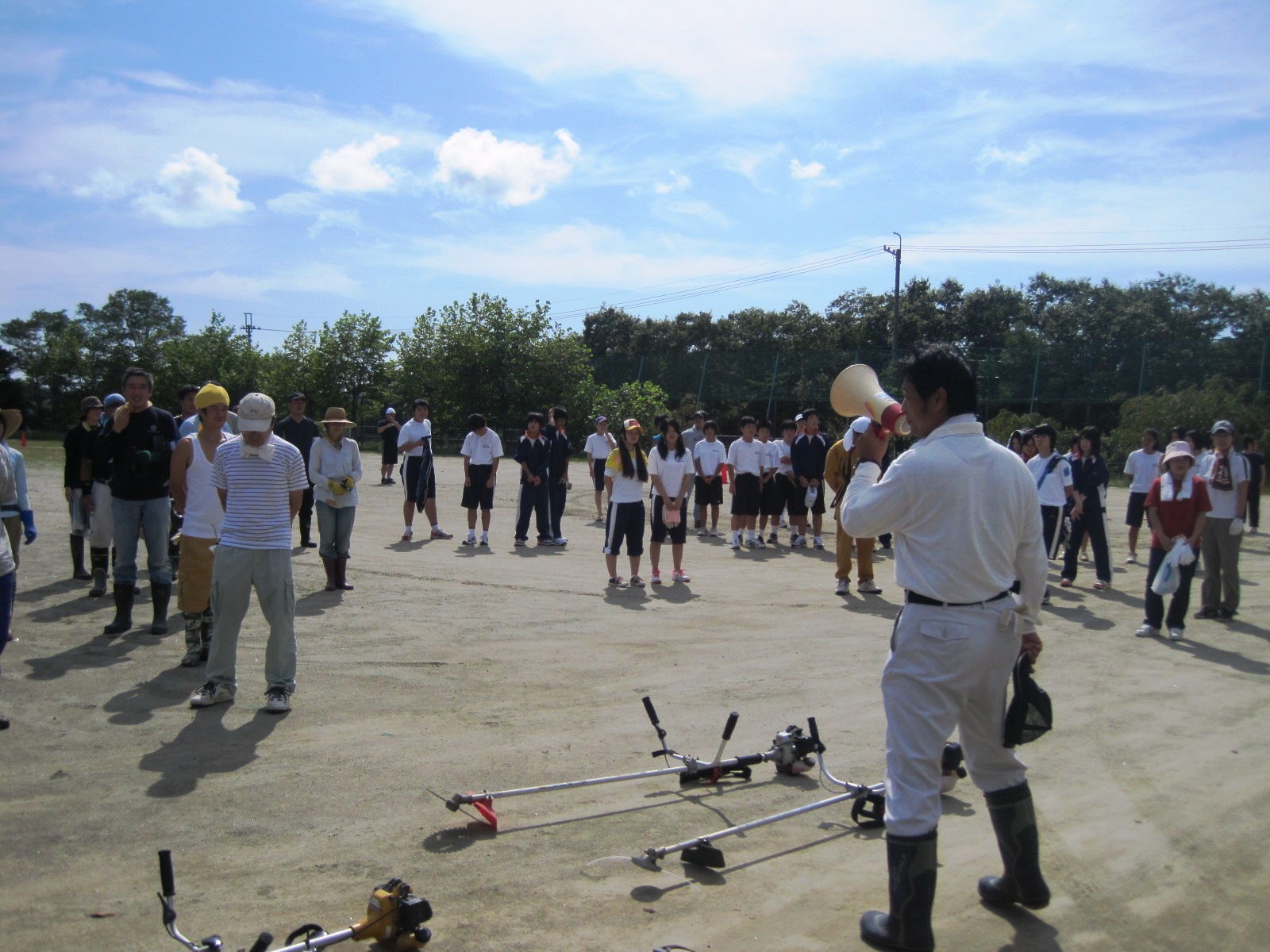 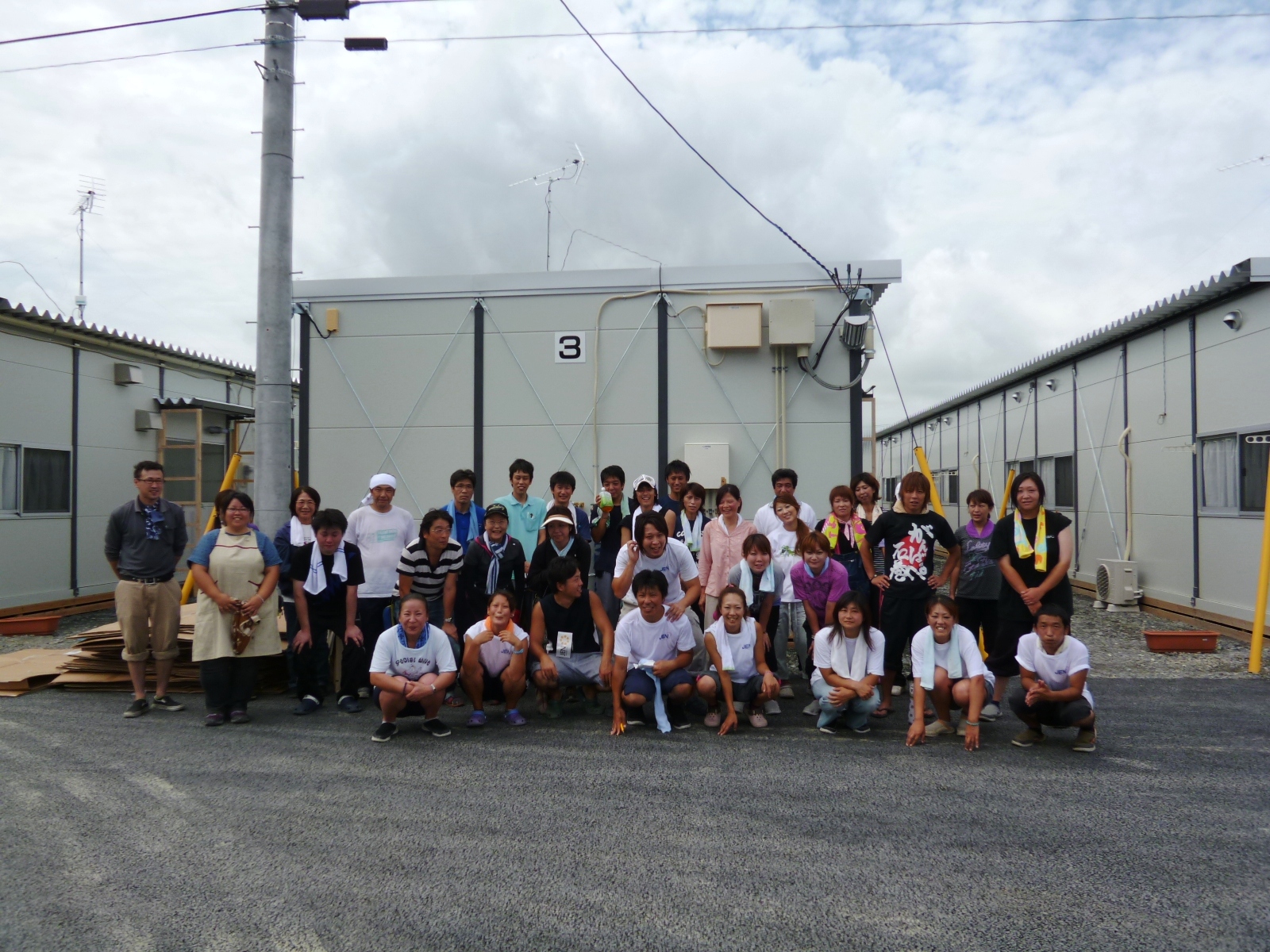 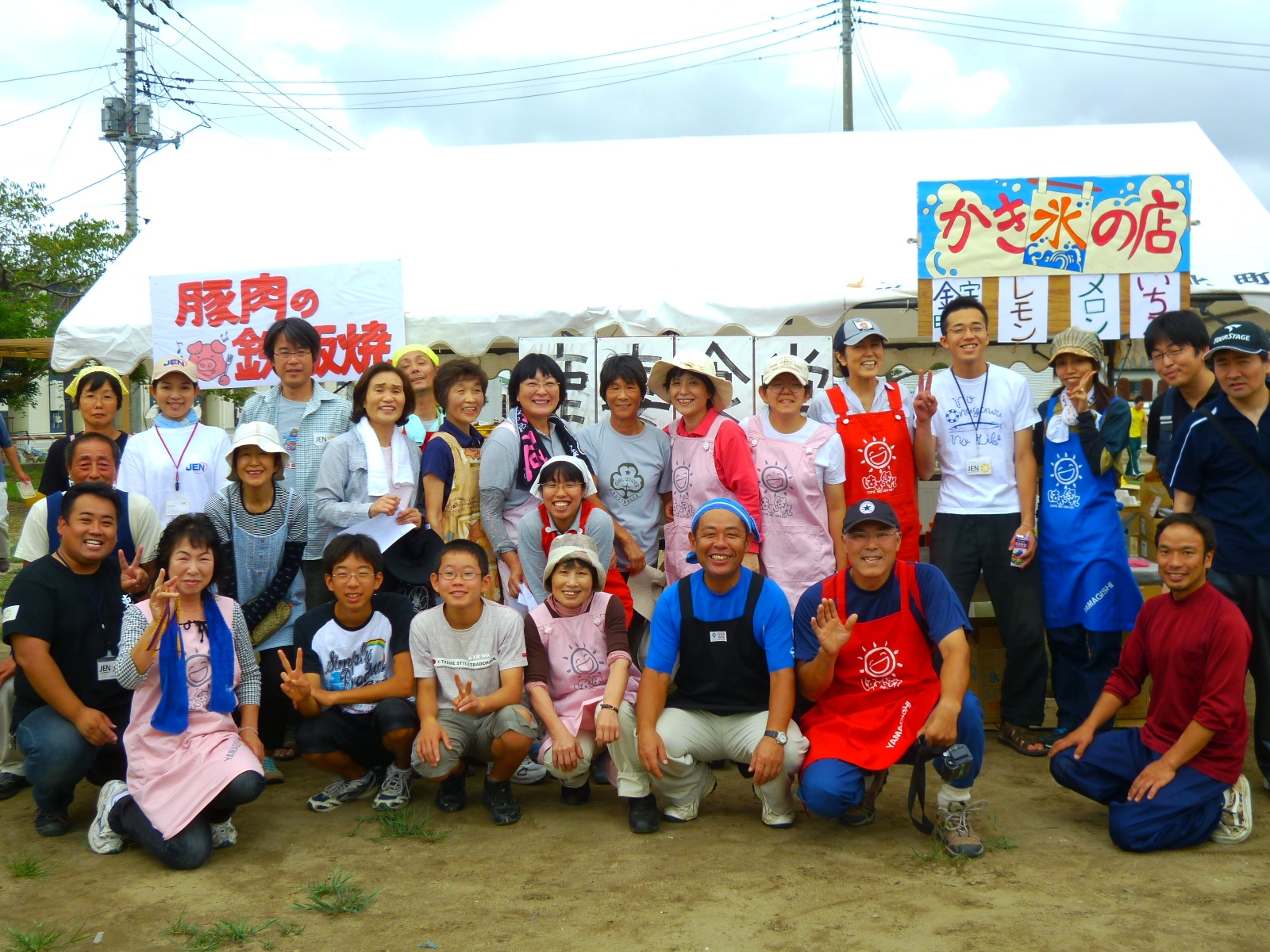 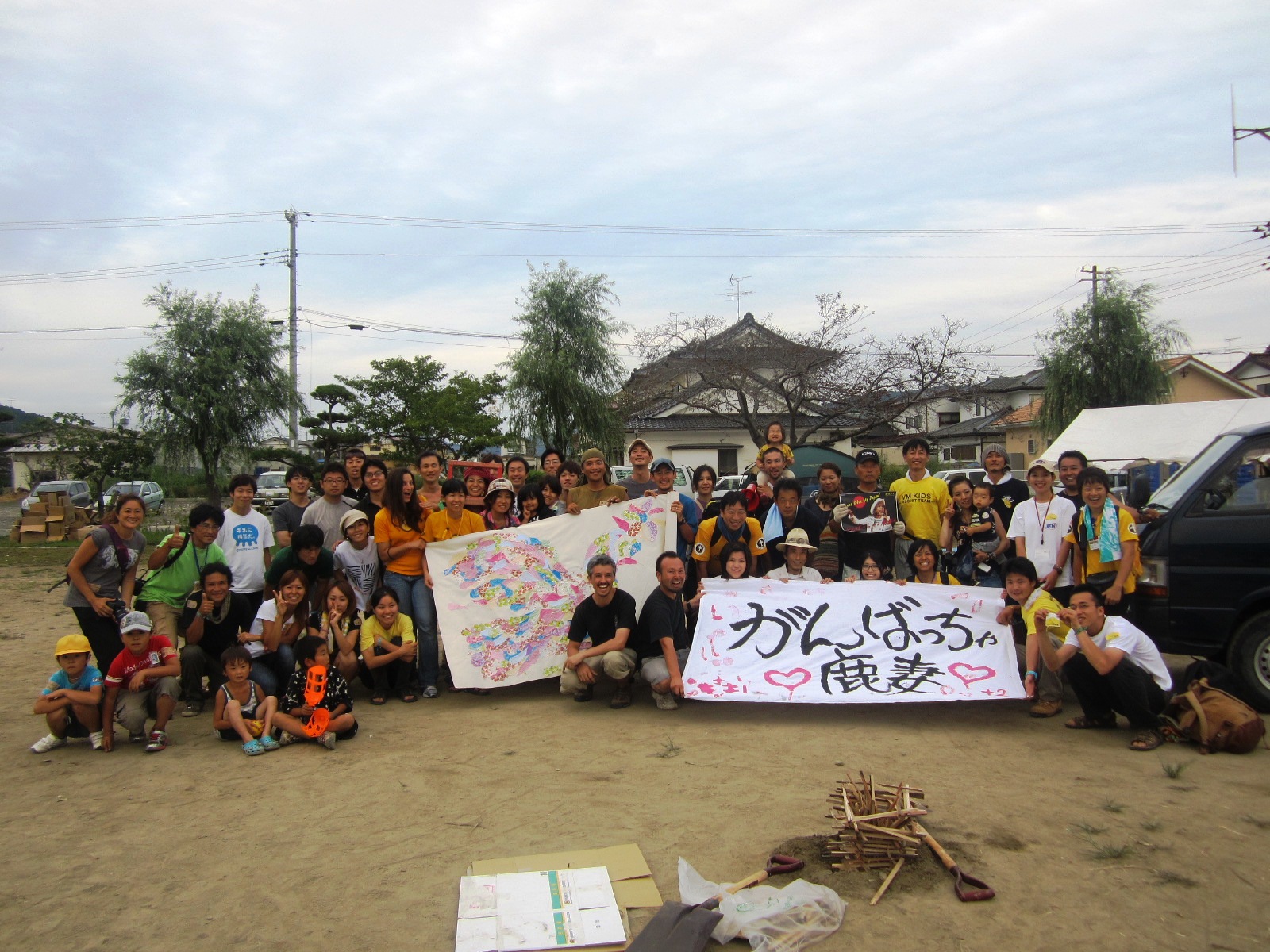 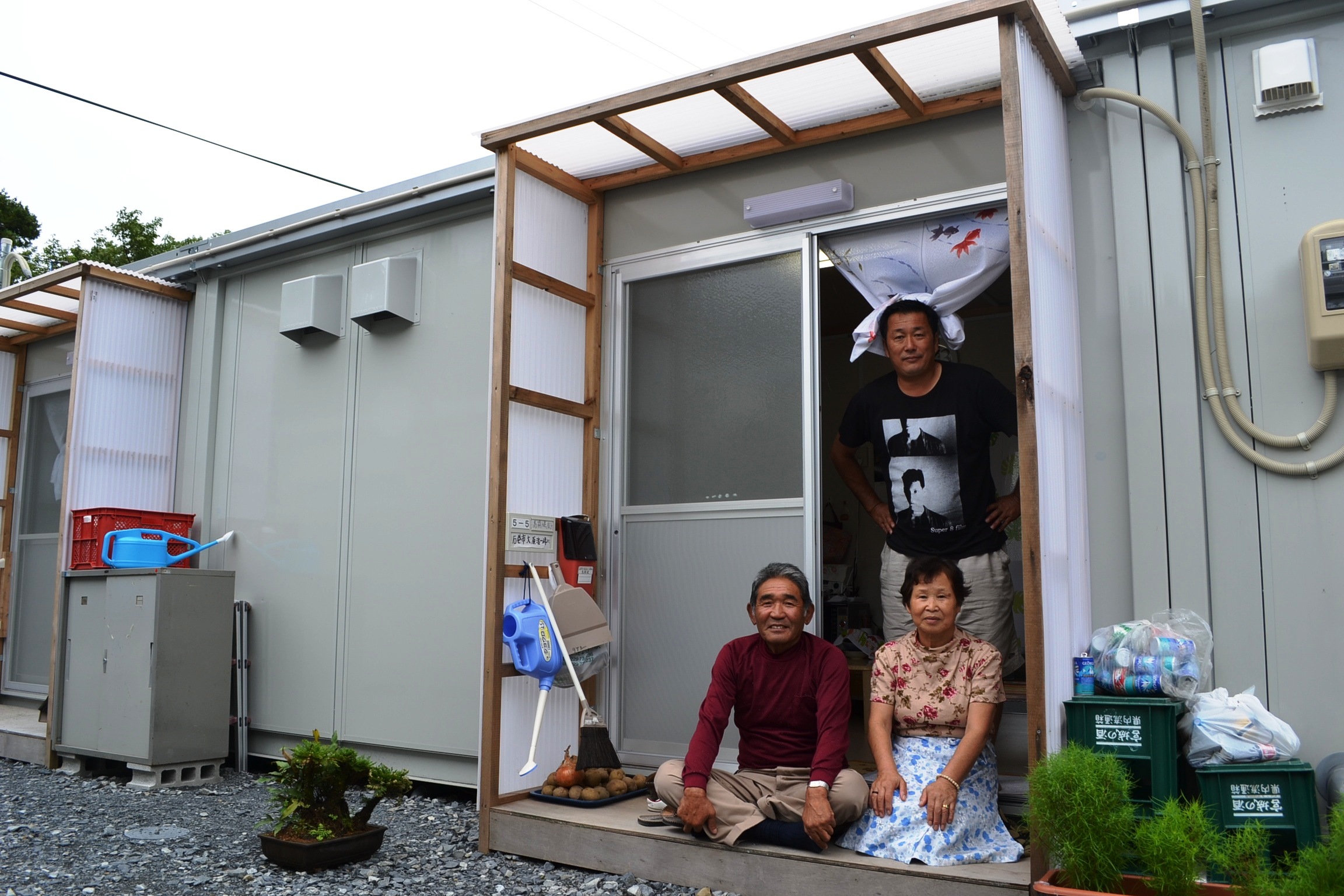 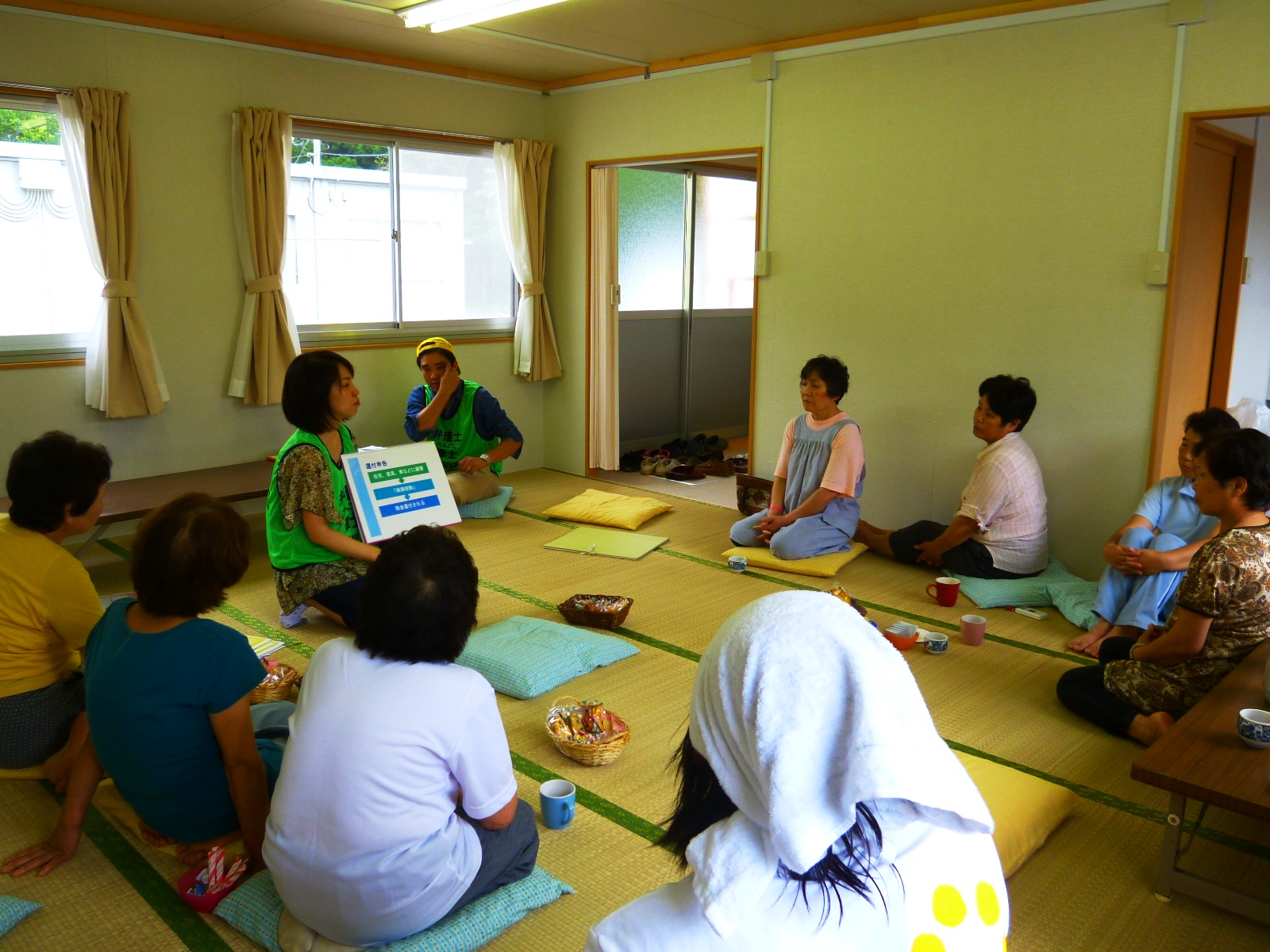 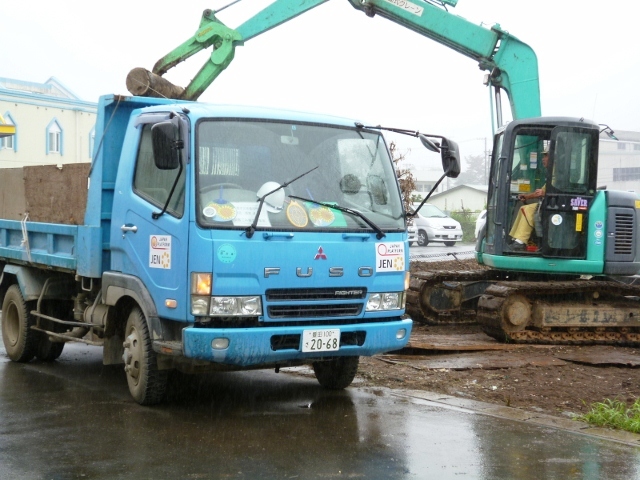 As part of the community space projects, the following events were held in the temporary housing areas: tea party, massage service and legal counseling. Some tea parties called ‘Ochakkonomi’ in local dialect were held inviting local elderly mothers to chat over the tea for socializing purposes.

JEN lent 4-ton garbage cars to Katsumata Transport, the Watanabe Cleaning Service Company and the Suzukyu Recycle Shop. A 4-ton damp car will be handed over to the Ishinomaki Waste Disposal Center.

JEN has decided to conduct assistance for building temporary shopping streets in Ayukawahama. The meeting on the contents of the project and how the project will develop in the future was held between JEN and the commerce and industry association in the area on August 23rd. To acquire cooperation from the public administration, the meeting with Mr. Okada, a head of the Oshika Branch of the Ishinomaki City Council, was also arranged. JEN confirmed the project site and gained the agreement on the implementation of the project from Mr. Okada. The next steps for the project will be: acquirement of permission in writing on the use of the town-owned land, selection of contractors, cost estimates on prefabricated houses, order for construction work and arrangement of contract documents and minutes.

JEN distributed vegetables to 80 households (260 people) in the Higashihama area of Oshika Peninsula. 280 loaves of bread were also distributed to the area from a bread factory in Ayukawahama.

For more information about our Japan Relief Efforts click here

If you are interesting in donating to the earthquake/tsunami relief efforts with our partner JEN in Japan, click here

Categories: Partners or View All
Return to Top