India: The Importance of a Whole Health Approach 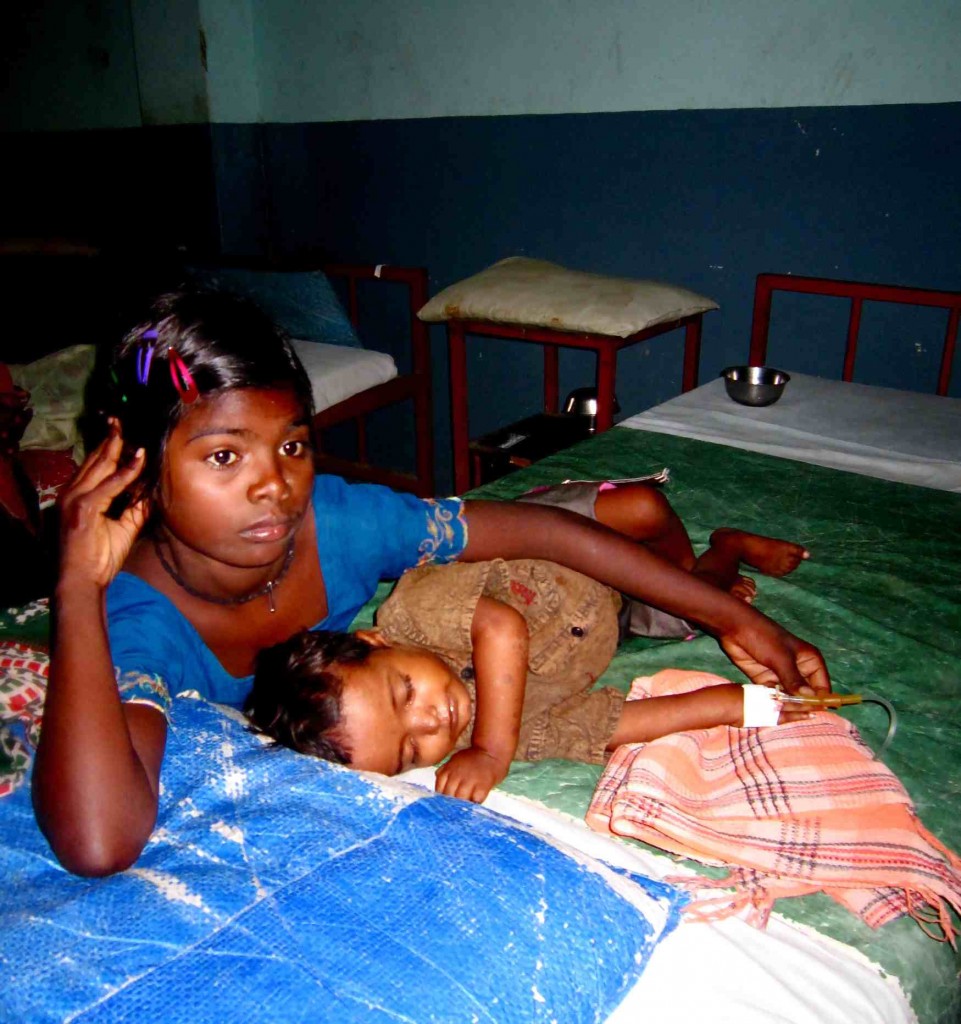 With malaria season at its peak and migrant families returning home, complicated cases of severe acute malnutrition (SAM) are presenting themselves at the NRC daily. In my short time here, I have seen a steady caseload of children presenting signs of tuberculosis, worms, malaria, diarrhea, and vomiting. For every child that comes into our NRC, we attempt to provide the best possible treatment, addressing underlying health conditions and symptomatic responses. Most complicated cases will flourish with antibiotics, de-worming tablets, and nutritional support while more serious cases might require a blood transfusion and vigilant monitoring.  Fortunately, medication and care is enough for most children.  Their ailments will be properly treated, their bodies will receive much needed nutritional support, and their caretakers will leave with new knowledge for malnutrition prevention.

However, there is another side to malnutrition in Madhya Pradesh that can’t be treated with pills or an IV—psychosocial neglect. In MP, there are many factors that lead to a decline in focus on the emotional development of children, such as parental employment, migration, and death. While the resiliency of children is naturally high, the ability to cope largely depends on temperament of the child and dynamics of the neglect.

Last week, a seven-year old girl, Maria, came to the NRC with a 3-year-old boy, Pankaj. Pankaj was found to be suffering from SAM complicated with a respiratory infection. Once he was admitted, it was noticed that he wasn’t interested in eating, was unresponsive to sensory stimulation, and appeared listless and sad. After some discussions with Maria and some other caretakers at the NRC, we figured out that Pankaj’s mother had passed away and his father migrated for work. Maria was Pankaj’s aunt and caretaker. Imagine being seven years old and handed a very sick three-year-old boy to care for.  Despite her age, Maria looked after Pankaj to the best of her ability, taking her motherly role in earnest. 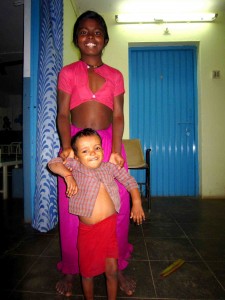 Every time I went to the NRC, I worried about Pankaj. I had never seen a child in such a depressed state. Even Urmila, our 9-month-old suffering from malaria-induced anemia, was responsive to stimulation.  Pankaj would not play, walk, talk, or crawl. He ate with a cloak of reluctance and, when left alone, would suddenly start screaming until Maria returned. When I caught the rare glance from Pankaj, I found myself overwhelmed with sadness. His eyes told the story his voice could not.

One day, Pankaj was sitting on the floor by himself with a pile of rocks, barely moving.  I had noticed that Pankaj had a slightly enlarged head and appeared to only use one side of his body in his rare attempts to scoot across the floor. I sat down to play with him, and felt incredibly accomplished when I finally got a smile and a laugh. I watched as he demonstrated equal muscular strength, reflexes, and spatial understanding. He even surprised me with his ability to process thought when it came to counting, adding, and removing objects from his visual field. For all intensive purposes, Pankaj was significantly less developmentally challenged than we had thought. Maria returned and tried to get him to walk again. Typically, Pankaj would scream and go limp in his legs. This time he walked!

The next day I walked into the NRC and Pankaj smiled with recognition. He then grabbed my hand and began to walk. You cannot imagine the emotions that flooded into my being as I saw the effect a small amount of inter-personal play can have. With just a half-hour of attention the previous day, Pankaj began to smile, interact, and react with myself and others. Pankaj was not just starved for nutrients—he was starved for attention.

When Fabian, our Country Director came down to check on patients, he noticed Pankaj’s stature—the enlarged head, downward glance, etc. The initial diagnosis is that Pankaj suffers from hydrocephalus, a disorder that causes cerebrospinal fluid to build up in the brain. This ailment typically requires a shunt to be placed to drain the fluid from the brain. Unfortunately, these procedures are rare in the developing world as they are costly and riddled with complications. Children who receive the procedure require rigorous monitoring, as the shunt can shift, become infected, or be rejected by the body.  For a child of 3-years old whose caretaker is a 7-year old girl, the operation is not an easy option.

Emotional support is essential to the betterment of a human life. Treating the medical issues without addressing the whole-developmental being is not enough. I am proud that RMF works to empower its staff to address the social and emotional needs of its patients.  With this step, we are working to improve every aspect of a person’s health to provide the best possible course of treatment. We may not be able to fix his hydrocephalus, but we can take a step to improve his quality of life right now, medically and mentally.

To contribute to our Malnutrition Initiative in India, please visit our website at realmedicinefoundation.org.

Categories: India Voices from the Field Whole Health or View All
Return to Top