Real Medicine’s projects are in the isolated and barren district of Jhabua in Madhya Pradesh, India. Jhabua district has the highest percentage of tribal population in central India and is one of the country’s poorest regions. It is largely unknown that India, a vast country of a billion plus, has its own “native” or tribal communities which have inhabited the subcontinent for tens of thousands of years. One of these communities is called “Bhils” and lives in Jhabua. The Bhil tribe is a proud and ancient ethnic group inhabiting the western part of central India. The Bhils face the challenge of living in abject poverty in a hostile environment ravaged by draught and disease outbreaks, soil erosion and overpopulation resulting in the need for continuous migration. Poor infrastructure, illiteracy, and lack of academic institutions further worsen their situation. Jhabua has been ranked consistently as having the lowest literacy rate of India’s over 600 districts.

Real Medicine Foundation, under the guidance of Dr. Fabian Toegel, honorary Country Director for India, initiated our program to increase capacity of the Government’s voluntary confidential HIV counseling and testing center (VCCTC) in the district headquarter in Jhabua. Dr. Toegel recruited the former Government HIV officer, Dr. Rathore, as program director and employed the Government’s HIV counselor, Shashank Nagar, to work part-time for the project. In addition, he recruited two male counselors with Master of Social Work degrees, to work at three strategically located Government clinics in the district while a female counselor would perform counseling of female patients and pregnant women at the district hospital. While full confidentiality will be maintained and guaranteed, the Madhya Pradesh AIDS Control Society’s (MPSACS) District Nodal Officer in Jhabua will be overlooking the activities and document and report the cases according to rules and regulations of the Government of India and the National AIDS Control Organization. 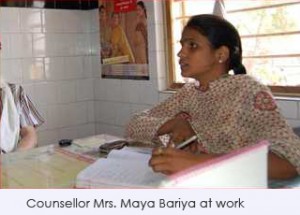 The local implementing agency is Jeevan Jyoti Health Service Society which runs a 100-bed mission hospital in the Northern part of the district and which handles all financial transactions. Individuals who will be found to be HIV positive will receive full care and treatment at Jeevan Jyoti Hospital under the guidance of Dr. Rathore. Treatment options are currently negotiated with the Government, Non-Governmental Organizations and pharmaceutical companies. The program aims to gain an understanding of the magnitude of the epidemic in Jhabua by testing patients and pregnant women visiting the clinics while providing care and treatment at Jeevan Jyoti Hospital for the persons living with HIV/AIDS.

Given the high vulnerability of the tribal population due to poverty, illiteracy, tribal customs and migration to high prevalence states, the prevalence in Jhabua may very well be higher than the Government alleges for the rest of the state. While the Government in the form of the Madhya Pradesh AIDS Control Society (MPSACS) provides the legal frame in which this program operates, the Real Medicine Foundation’s initiative provides consistent supply of funds, permanent monitoring from the donor’s side, and continuous training of counselors.

Other places in India have fully implemented HIV prevention, care and treatment programs run by the Government such as Calicut Medical College which Dr. Toegel had recently visited during a field trip to Kerala. These are well-coordinated programs which rely on the collaboration between the State AIDS Control Society, different hospital departments and NGOs. Given their mission, NACO and MPSACS are expected to upscale their commitment to the fight HIV/AIDS in Jhabua and support this public-private partnership with human and financial resources. For rural areas, this public-private partnership is a pilot project which has the potential to be a model for fighting HIV/AIDS in underdeveloped regions. 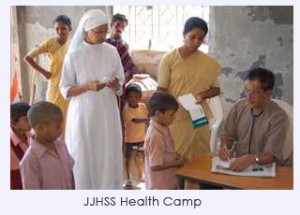 Categories: India Videos or View All
Return to Top