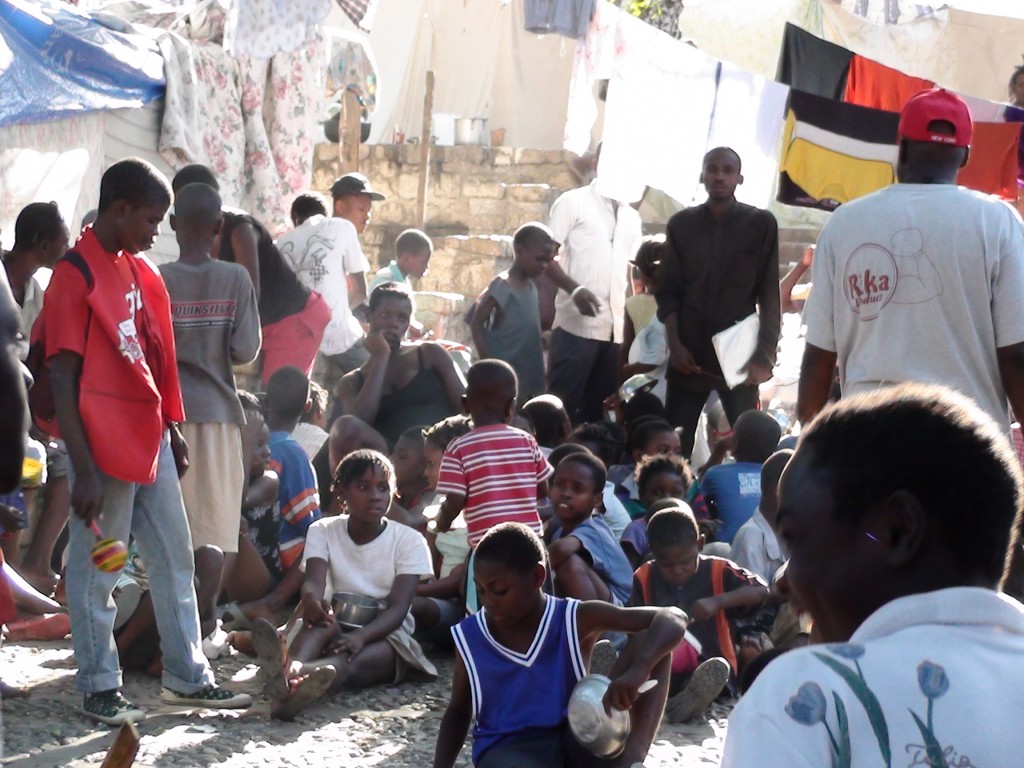 Now, more than 11 months after the catastrophic events of January 12 and the devastating blows to its already impoverished socio-economic state and structures, Haiti’s population is facing many other day-to-day hardships and obstacles, and two new foes:

1. An unprecedented cholera outbreak, which started in October and has already claimed more than 2,000 lives and touched roughly 92,000 Haitians while hospitalizing more than 42,000 of them [PAHO EOC situation report # 16, December 6, 2010].

The Ministry of Health, enrolling many partners amongst the already widely established primary care NGOs has responded promptly to contain and address this epidemic, implementing numerous UTCs (Units for Cholera Treatment) and CTCs (Centers for Cholera Treatment), offering almost 6,000 beds for ambulatory and hospitalization beds distributed throughout the country.

2. Ill prepared and received electoral preparations and an election process that culminated on November 28th in a public denunciation and call for annulment by twelve of the eighteen running presidential candidates, followed by a large protest march, waning only late in the evening.

While reports have varied in content and degree, it has been been commonly accepted that these presidential and legislative elections have been considerably tainted by irregularities, ranging from inability to vote due to poor organization, coercion and intimidation to electoral box stuffing. The days following these much decried elections have been marked by island wide protests, which fortunately did not affect the cholera containment and treatment efforts, and is generating a rising and potential risk for a widespread political crisis as the promised date of release of preliminary results is approaching.

Struggling to recover and re-establish some form of normalcy, the Haitian population is now faced with a raging epidemic and a boiling political situation which could significantly set back all efforts engaged and promised to the reconstruction of this Caribbean island, as most of its more gravely stricken habitants are still residing in tent cities scattered in areas touched by the earthquake, in conditions of sanitation very conducive to the propagation of more such a rampant and lethal outbreaks.

So almost at the one year anniversary of that seismic event which shook to its core the already fragile foundations of this country’s structures and institutions, the situation remains dire and uncertain as the cholera, despite best efforts is predicted to claim more lives, and overall healthcare remains minimal at best. Although massive amount of funds have been pledged and released from around the world to benefit reconstruction of health, economic and social systems, nowhere enough has been achieved.

Real Medicine Foundation, in spite of this situation, is working hard to change this outcome with two major programs: a free clinic funding, providing both primary and secondary care since June 2010 and a much larger project, targeting sustainable accessibility to quality healthcare.

Although treating more current medical and surgical conditions and less earthquake related injuries and complications, the free clinic at Lambert Santé Surgical facilities has continued to provide health coverage to the population of Pétion-Ville and the surrounding suburbs.

Kept open, partly through funding from Real Medicine Foundation’s partnership with this small surgical clinic, this exclusive private facility prior to the January earthquake has also relied on other organisations recent and past, to continue what the Clinic/Hospital’s owner, Dr. Margaret Degand still considers a patriotic duty. Amongst these NGOs, are found more prominently the ALIMA/Chaîne de l’Espoir foundation joint venture, AOPS/OMS and Nos Petits Frères et Soeurs.

The set up of Lambert Santé make it a more ambulatory healthcare facility, with 4 private rooms and 5 post-op beds, which have since the earthquake been converted into a public unit, providing hospital and surgical care to the patients seen through the agreements with the aforementioned organizations. Imaging space has been reconvened into a free clinic, opened to public patients day and night.

The RMF partnership with Lambert Santé is with ALIMA the only organization with human resources employment and to a greater extent than the later, continuing to insure a staff of three Nurses and three Medical Residents to assist and serve patients needs in emergency, hospitalization and postoperative care, falling mostly under the Clinic’s core competencies: Orthopaedic and reconstructive surgery.

Though not yet developed as envisioned by both parties, this partnership is striving to promote and deliver quality healthcare to the Haitian population in dire need for such basic need. During the past two months of October and November, the free clinic has been taking regular care of more than 60 patients for initial and follow-up care, resulting in more than 200 visits through RMF funding alone, with an average of 3.5 patients a day. Most of the treatments offered consisted of outpatient (82.8) and minor surgery ambulatory (17.19) care.

The Public/Private Hospital Consortium project is truly the most ambitious project in RMF’s post earthquake relief effort in Haïti, this innovative concept is helping to redefine the public/private partnership in this country, envisioning a more accessible venue to quality healthcare in locally owned and operated healthcare facilities.

This project of private hospital networking is initially comprising three of the most prominent and modern institutions in Haiti: Canapé-Vert, Community and Lambert Santé hospitals, which will offer a vast array of care and services spanning from internal medicine, urology, obstetrics and gynaecology, paediatrics, endoscopy, conventional and laparoscopic surgery, orthopaedic and reconstructive surgery among their numerous competencies.

Through employed professionals in a vast array of medical and paramedical personnel and subsidized patient care, the Consortium goals will address some of Haiti’s healthcare system’s most crucial problems: Accessibility and sustainability while promoting and establishing accountability and scalability.

In its final phase of preliminary preparations, this project is currently pulling together all resources and partnerships to implement a launching in the first trimester of 2011. Already registered with Haiti’s Ministry of Health and endorsed by the Interim Haitian Reconstruction Committee, the Consortium project will soon materialize a new, more participative and efficient public partnership model in Haiti’s newly redefined healthcare panorama.

For more information about our Haiti Earthquake Relief Efforts,

Categories: Disaster Relief Haiti In the news Whole Health or View All
Return to Top