In Indonesia, a 7.6 magnitude earthquake hit early this morning near the city of Padang, on the island of Sumatra. At least 75 people are dead and officials say that number is expected to rise with thousands trapped under the rubble of collapsed buildings, including at least two hospitals.

This follows another earthquake with an 8.0 magnitude that struck near the South Pacific island nations of Samoa and Tonga and the US territory of American Samoa.  The quake triggered a massive tsunami that killed an estimated 100 people, including more than 30 people in American Samoa. 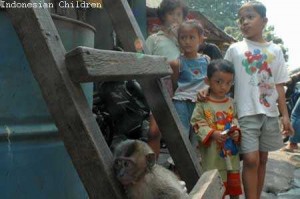 The Guardian: Desperate hunt for the living as Sumatra quake toll mounts

Find out about Real Medicine Programs in Indonesia