America’s commitment to Haiti’s recovery and reconstruction must endure and will endure–Pres. Obama (BBC News) 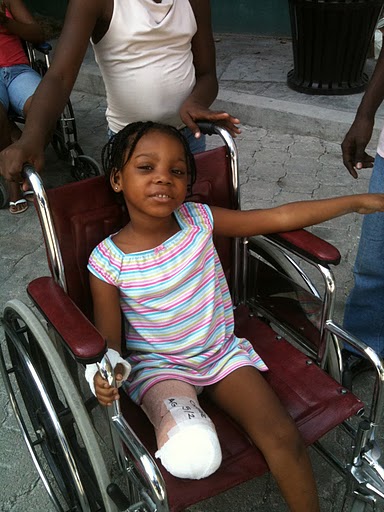 US President Barack Obama has warned of a second disaster in Haiti, saying people should be under no illusion that the crisis there is over.

He was speaking after talks with Haitian President Rene Preval in Washington.

Mr Obama told Mr Preval that the US would continue to help Haiti in its recovery and reconstruction efforts.

He praised Mr Preval for being a "profile in courage" in the aftermath of the 7.0-magnitude quake.

Mr Obama said there remained a desperate need for humanitarian help, especially as seasonal rains could threaten the more than a million Haitians left homeless by the quake on 12 January.

"The challenge now is to prevent a second disaster, and that is why at this very moment, thousands of Americans, both civilian and military, remain on the scene at the invitation of the Haitian government," Mr Obama said.

The US president also pledged to continue to help Haiti in the long term.

"Even as the US military responsibly hands off relief functions to our Haitian and international partners, America’s commitment to Haiti’s recovery and reconstruction must endure and will endure," he said.

Mr Preval thanked the US for the material and moral support it had provided.

More than 20,000 US civilian and military personnel have taken part in the relief efforts, according to figures released by the White House.

Mr Preval said that while the response to the disaster had been massive and generous, it could have been more effective.

He also called for the creation of a United Nations rapid response team to provide humanitarian help when natural disasters struck.

"I support the idea of the creation of so-called ‘red helmets’ within the United Nations and these would be an observatory, a warning provisional system for natural disasters and a humanitarian force which will be the equivalent of the ‘blue helmets’," Mr Preval said.