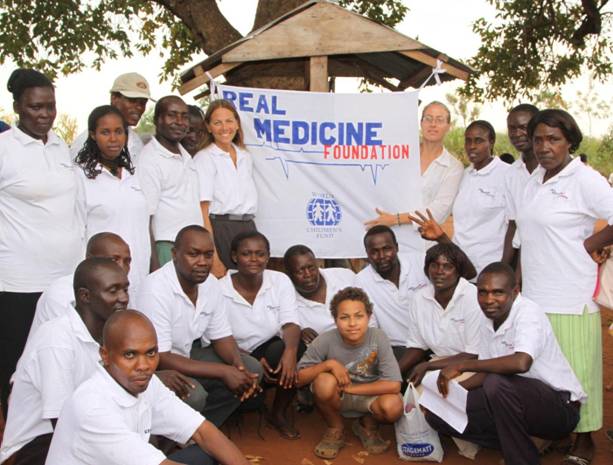 In December, 2008, RMF conducted a site visit to Kiryandongo Refugee Settlement to assess the acupuncture and other programs, and to train a select group in basic acupuncture protocols for conditions prevalent at the camp. The community welcomed us with songs, poems, and dramas, many of these about the effect of acupuncture in the community. The common thread was that community issues such as domestic abuse, stress, and alcoholism were all ameliorated with acupuncture treatments. It was a bit surreal to watch these dramas unfold on the red dust of Africa, under a mango tree, surrounded by a community that had been through such hardship as these people. Our own trainees-cum-acupuncturists put on one of these dramas, including a NADA clinic using real needles & actual treatments. They impressed us with the assiduousness of their clean needle technique & other safety precautions. 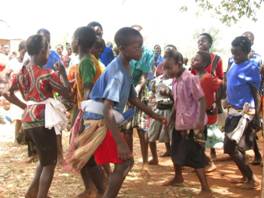 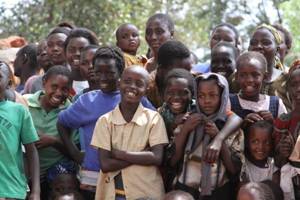 When asked whether the dramas were accurate about acupuncture being of such relief to the community around such issues as domestic abuse, they said "Yes, this was one of the common feedbacks from families". One trainee said his first experience of this was his own. After the violence in Kenya, he was really angry, and would pick fights with his wife, and be rough on his kids' often retreating to a bar for solace. After May's training (during which he began receiving regular acupuncture), his alcohol cravings decreased, his sleep improved dramatically, and his entire family was appreciative of the changes in him. It's notable that those providing acupuncture at the camp continue to come for NADA treatments during their "off" times. 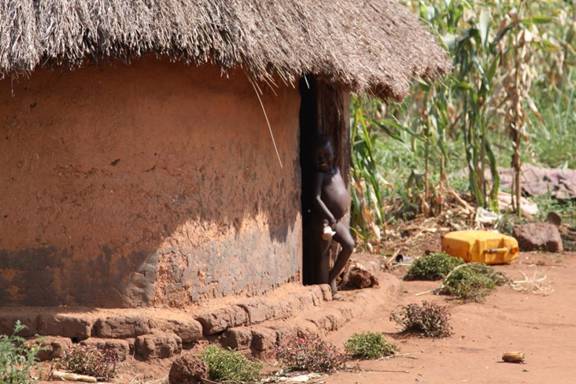 The team currently provides treatment at 2 sites, 3times per week at each site. They now rotate so that 3 acupuncturists provide 50-60 treatments per 3 hour treatment shift. To date, the RMF trained NADA specialists have provided over 18,000 treatments. During a visit to the camp the Ugandan Minister of Relief and Disaster Preparedness, whose offices oversee Refugee settlements in Uganda, was reportedly very impressed with his treatment. 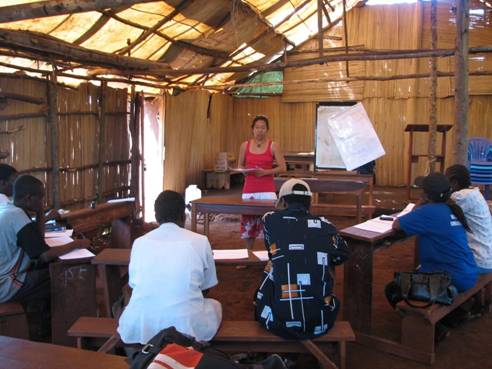 Five Kenyan refugees and Faith Karakacha, a nurse midwife trained in May and working at Mella Health Clinic near Tororo, participated in December's body point acupuncture training. Faith was chosen for the training because she has made phenomenal use of the skills she received and has had remarkable results. A few weeks after the May training, there was a land dispute between two rival clans in her area. One clan attacked the other, burning crops, buildings and livestock. Because of continued conflict and loss of land, victims were moved to an Internally Displaced People (IDP) Camp guarded by Ugandan soldiers. Faith delivered NADA treatments at this site, and reports that many patients who were hopeless and despondent after the conflict, found a renewed sense of hope and purpose with the treatments. One woman at the IDP camp lost her child in the conflict when her hut was burned down. Afterwards the mother wanted to hang herself. She attributes her ability to cope with this loss to acupuncture. Soldiers guarding the camp also received treatment, and continue to request treatment for stress and substance abuse.

Faith, being a nurse-midwife, also sees many Obstetric/Gynecological cases at the rural health clinic where she works. Numerous individuals deal with unwanted pregnancies, HIV+ results, the desperation that arises from poverty, and other challenges. These patients found relief and a sense of equilibrium through the acupuncture treatments, which helped them better negotiate their lives with a sense of hope rather than despair. This all reinforces how dramatically something as simple and cost-effective as NADA can strengthen a community. 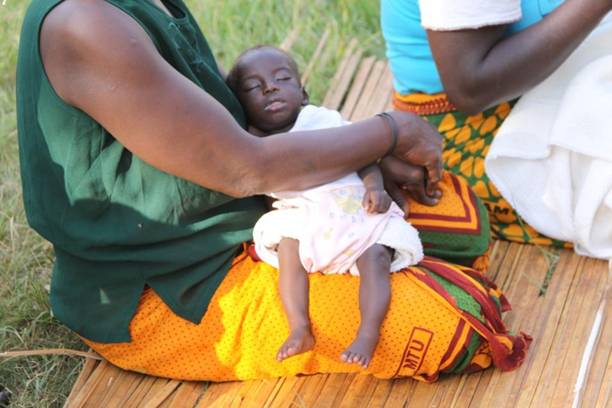 An assessment of the malnourishment program and health clinic was initiated. Ismail Aseni was enrolled in the malnourishment program. He is a malnourished boy whose mother died of AIDS 9 days prior to RMF's arrival. His father also died of AIDS and currently his paternal grandmother is caring for Ismail. Although 5 months old, he weighed only 3.9 kg. Lillian, the head of the malnourishment program, informed us that formula was needed for this severe case. RMF endured an arduous 7 hour round trip ride along a washboard, dusty road to secure nutrition for this starved child. Two days later Lillian reported Ismail was eating well, had gained .1 kg and his oral thrush was improving. A week later Ismail had gained ten percent of his body weight and weighed 4.3 kg. Ismail was admitted on Dec. 5. and discharged on Dec. 22 weighing in at 4.6kg. He is taken back to the health clinic weekly for review.

Supplemental malaria medication, malnutrition products, suture kits, vitamins and other supplies were provided to the health clinic. The refugee community also benefited from the distribution of toothbrushes, clothing, toys and arts and crafts. Over 100,000 acupuncture needles and ear beads were replenished ensuring the continuation of the NADA and body point acupuncture programs. 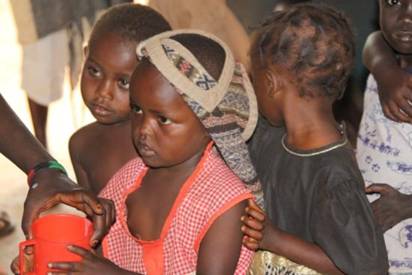