Real Medicine Foundation is coordinating its response following the magnitude 7.9 earthquake that struck central Nepal between Kathmandu and the city of Pokhara early on Saturday morning, April 25. This is the worst earthquake to hit Nepal for more than 80 years.

As of today, April 26, the earthquake is reported to have killed more than 2,500 people with many thousands injured. The tremor also unleashed avalanches on Mount Everest, which killed at least 17 people and injured 61 others. Efforts to dig victims out from under the rubble of collapsed buildings in Kathmandu continue. The situation is still unclear in remote areas which remain cut off or are hard to access. A powerful aftershock was felt on Sunday in Nepal, India and Bangladesh, and more avalanches were reported near Everest. It is estimated that hundreds of thousands of people in central Nepal are spending a second night outdoors.

We are especially worried about the fate of villages near the epicenter of the quake, some 80km (50 miles) from Kathmandu. The problems have been compounded by erratic internet and mobile phone communications.

Both private and government hospitals, rattled by the aftershocks, have run out of space and are treating sick and injured patients outside, in the open.

RMF has connected with our networks in Nepal, India, Bhutan and Pakistan and with Kathmandu’s hospitals which are struggling to cope with the overwhelming amount of patients.

We will send a first team to Kathmandu this week and will keep you closely updated on our efforts in the hours and days to come.

Your support now will help us to save lives. 100% of all contributions designated for Nepal will be used exclusively for our earthquake relief efforts. 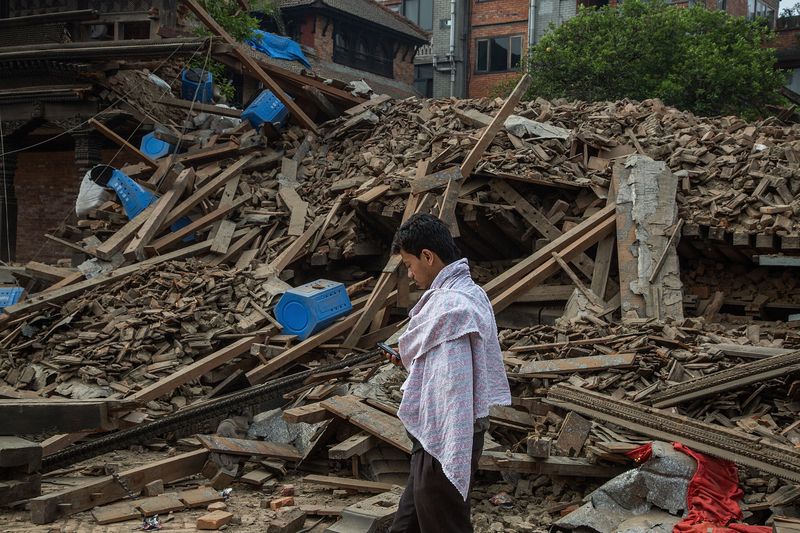 photo: A man stands in front of a building demolished by the earthquake in Nepal. (Omar Havana/Getty Images)