Having arrived in Nepal on May 20th, I keep being impressed by the commitment and the attitude of the Nepalese people, especially the younger generations, to ‘build back better’ and to use the recent devastating earthquakes as a chance to move the development of their country forward faster and to make things happen now that the country has urgently needed for a long time. Here is part of a concept note that was given to us, the vision for a Model Village:

“Eastern thought acknowledges the existence of various powerful forces at work in the universe. For every force, there is an equally powerful counterforce, and this push and pull, rise and fall, loss and gain at play in the world is what brings balance to life.

Destruction is one such force. In the West, destruction is perceived exclusively negatively. It brings pain and suffering, and it is difficult to see beyond the experience of loss. But in the East, Destruction is not a lonely hunter. She also brings with her the counter force of Creation. With death comes rebirth, and with loss comes opportunity.

If you visit Nepal today, you will see Destruction’s wrath. One can imagine her two hands of fury shaking the earth, ripping the mountain sides, and shattering bone and stone. But on the path she paves also travels her companion, a force of creativity, renewal, and rebuilding. Why not harvest this energy?

In a few months, the world community will have forgotten the devastation of Nepal. However, while we still have the world’s attention – while the international community, organizations, individuals, and Nepalese people still have a willingness in their hearts to do something for Nepal, to help in some way – we are developing an innovative concept. We want to channel this energy quickly, to guide these hopes, these resources, this spirit, into something as groundbreaking as the earthquake itself. 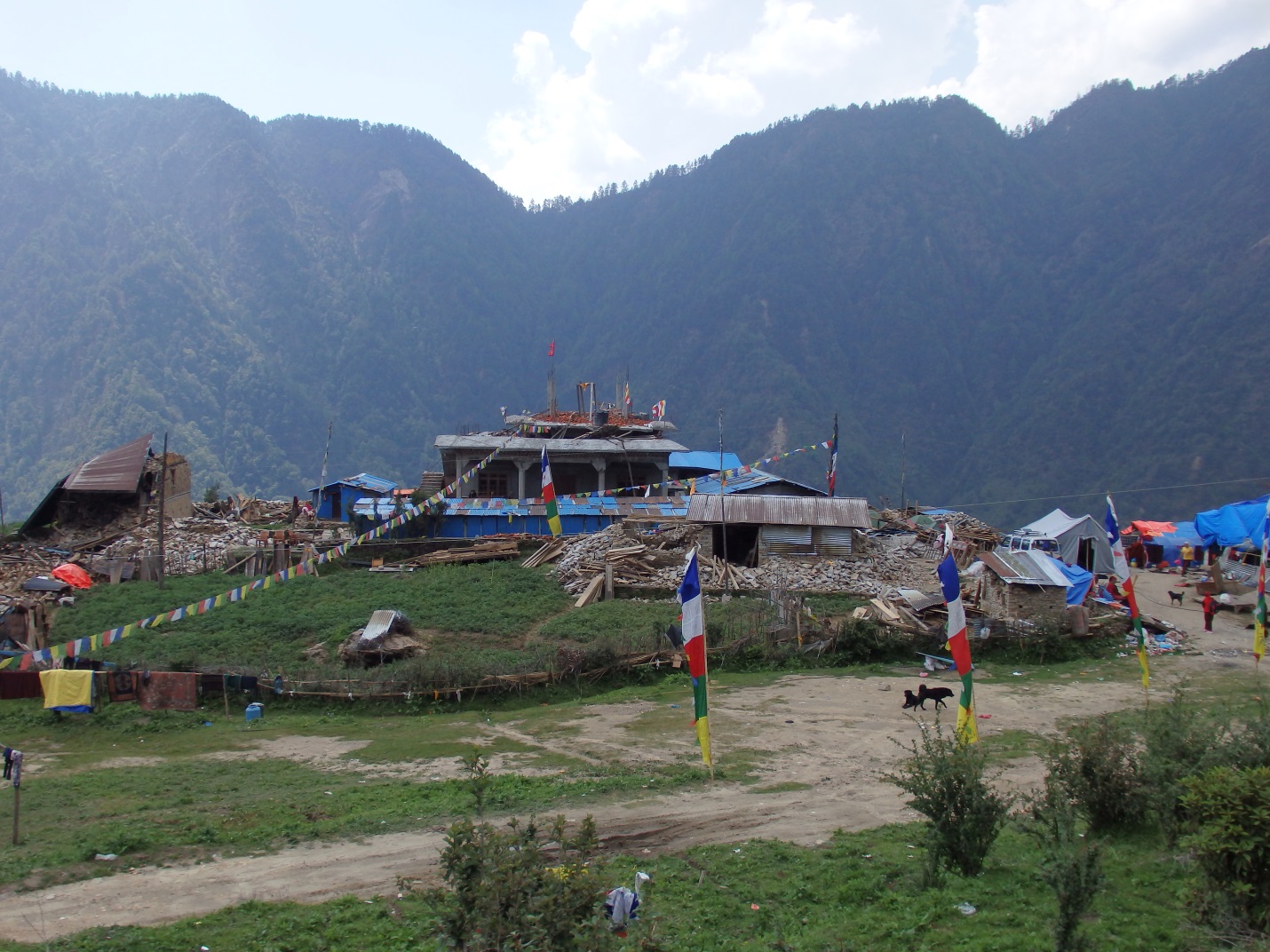 Destruction in Chagam Village, Sindhupalchowk, one of Nepal’s most earthquake-devastated areas

RMF is preparing to take on several long-term projects in Nepal to help rebuild, evaluated by their potential to have far reaching as well as deep impact and by their alignment with the vision of the Nepali people for their country.

The main concern at this point in time is to prepare as much as possible and as quickly as possible and under significant time pressure for the upcoming monsoon season which is expected in 2-3 weeks. Monsoon will create a public health issue for so many who lost their homes in the earthquakes and are living in tents and under tarps. It will add and exacerbate diseases related to flooding, water- and food-borne such as cholera, typhoid, diarrhea, dysentery; vector-borne such as malaria and dengue fever, and diseases due to direct contact with contaminated water such as dermatitis, conjunctivitis, ear, nose and throat infections, wound infections, leptospirosis, and also diseases due to exposure to water/rain such as hypothermia and respiratory tract infections. 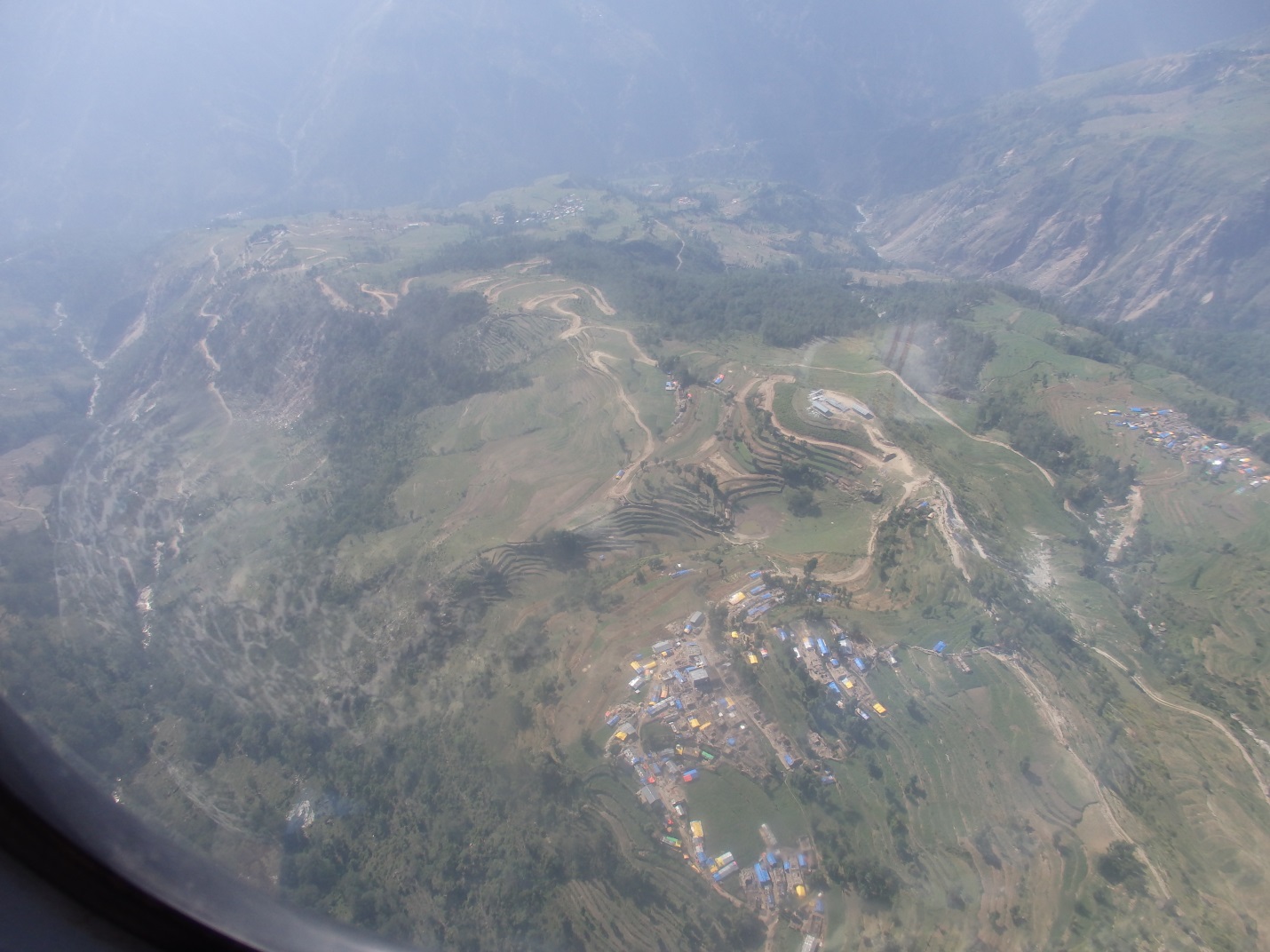 View from helicopter: most villagers in Sindhupalchowk live in tents and under tarps

In addition, there were countless landslides during and following the earthquakes; and the danger of more landslides is omnipresent. This will also be worsened by the coming monsoon, and prevents the government and the communities to rebuild in many of the villages that have been destroyed since the structural safety has yet to be established. For many villages, it is not yet clear if their people will have to be evacuated and resettled. Also, many of the villages will be completely cut off from receiving any supplies during monsoon season. 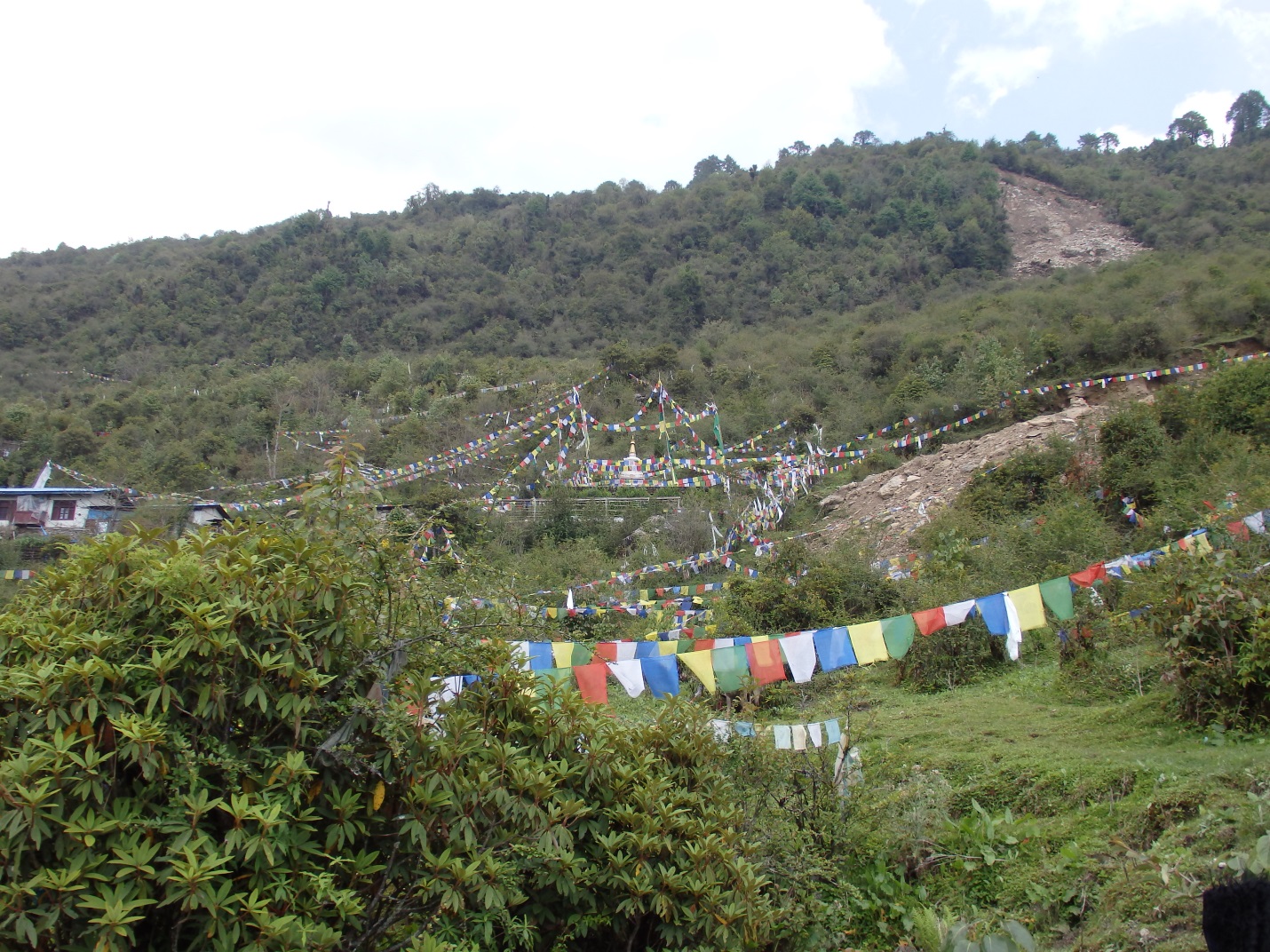 RMF is currently preparing to support health posts throughout earthquake affected districts; many of these had been sincerely underserved, even before the earthquake. We are also looking into the support of helping to establish temporary schools. Many hundreds of schools have been destroyed in the earthquake. The government is hesitant to rebuild permanent schools because of the fears of landscape instability, i.e. landslides, but temporary schools will be needed, otherwise thousands of school children will be out of school for a long time to come. The concept is to add components that in many areas weren’t available previously, i.e. toilets for girls. The non-availability of restrooms for girls kept many girls out of school. Afternoon meals are also discussed, and integrated messages and support to help prevent trafficking which is rampant in some of the areas affected by the earthquake such as Sindhupalchowk. This fact is connected to missing education for girls and especially the taboo of sexual education.

The vision for comprehensive and eventually self-sustainable Model Villages is very much in alignment with RMF’s concepts and also with the government’s vision for Nepal; and we have connected with several groups who are preparing to establish these models, which will include earthquake-safe structures designed by architects and engineers, utilizing local natural and human resources to rebuild sustainably, healthcare access, education and livelihood programs, and much more, based on the needs of the communities and with the leadership of the Nepalese people. 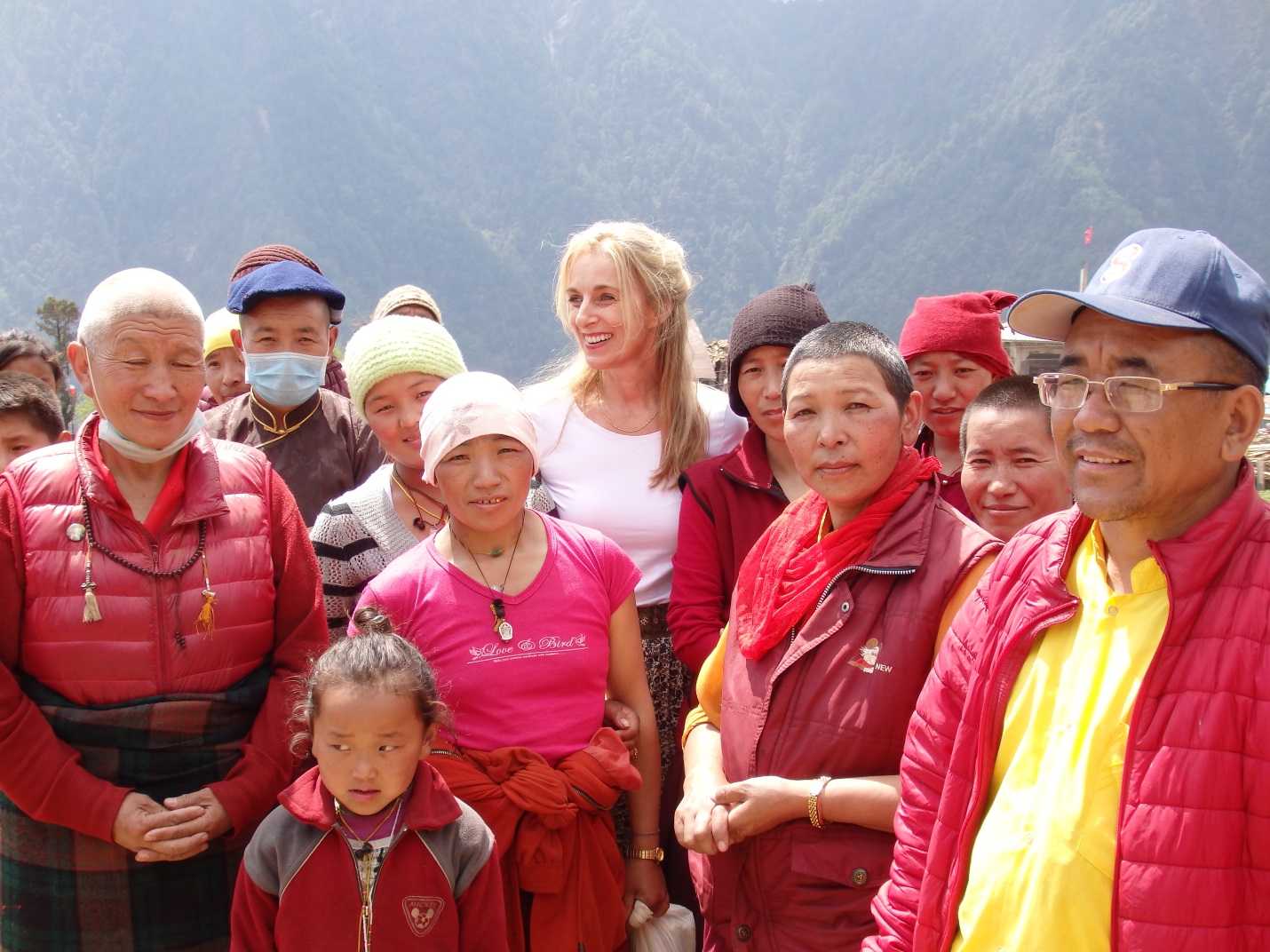 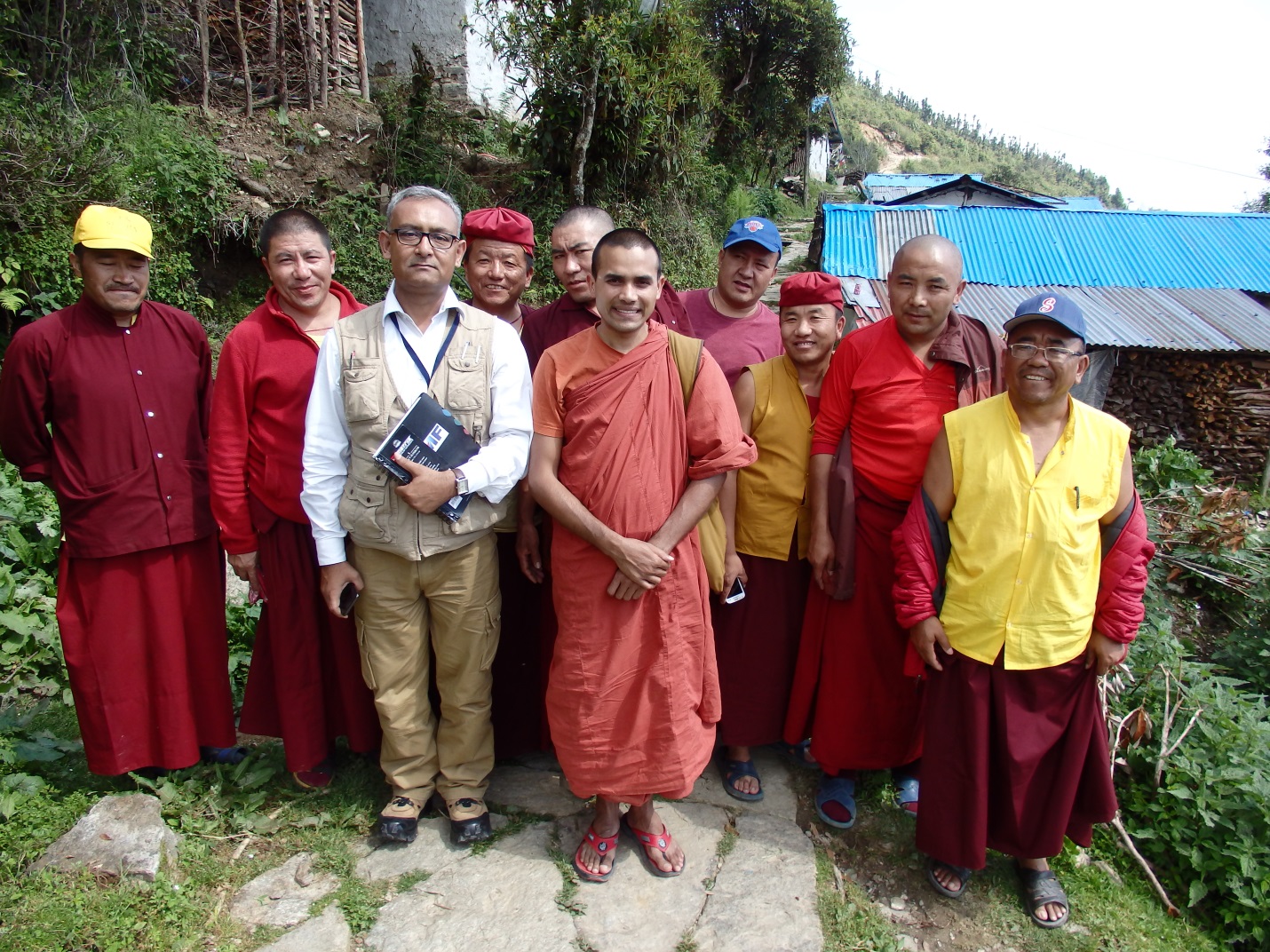