A.P. Rohana is now 26 years old. He lives in Wadigala, Ranna, near Tangalle, Sri Lanka, with his mother and younger brother. With the carpentry tools he had received through the generous donation of Miller, Kaplan, Arase & Co., LLP in Los Angeles, he was able to re-start his career as a full-time carpenter. He considers this as a major turning point in his life, since he had lost his house, most of his belongings and his carpentry equipment in the tsunami of December 2004. In addition, he suffers from a hearing and speech disability.

With the income through his work, he is able to support his mother, Mrs. Mapi Nona, and his younger brother A.P. Amith Rangana, as well. His father had died when he was very young.

He built a workshop in front of his house and also takes his tools and machinery to private homes and to businesses to work there. When I visited him, he was at Hathagala near Hambantota.

Using the income generated with the help of his new equipment, he has already expanded his business and bought several electrical tools as well. The doors and windows of his house, shown on the photos, were made by him. They look very professional and beautiful. 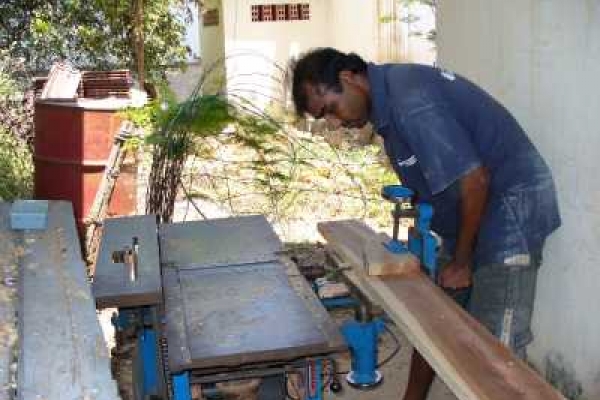 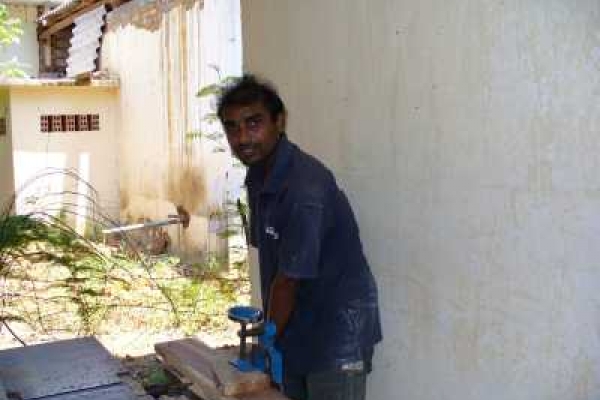 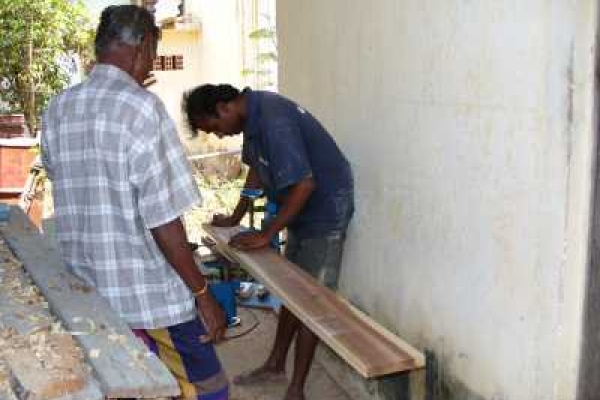 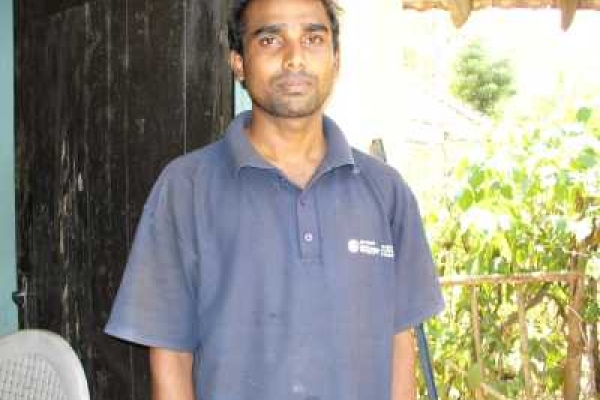 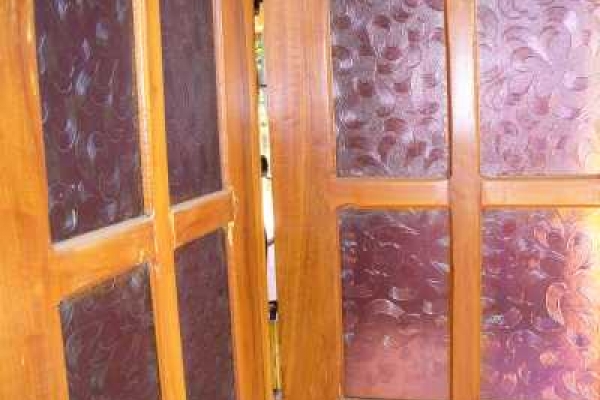 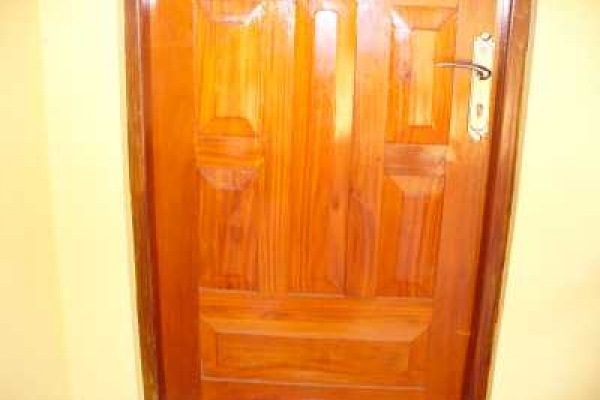 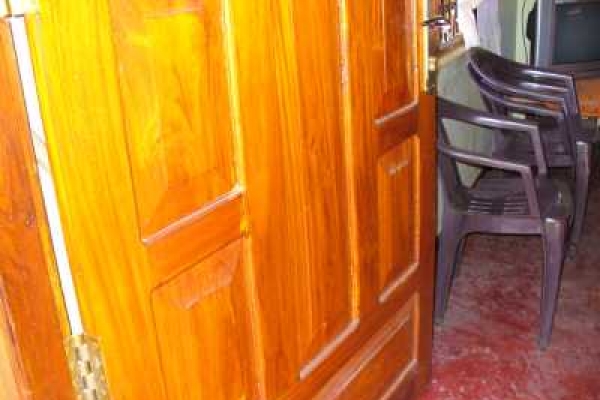 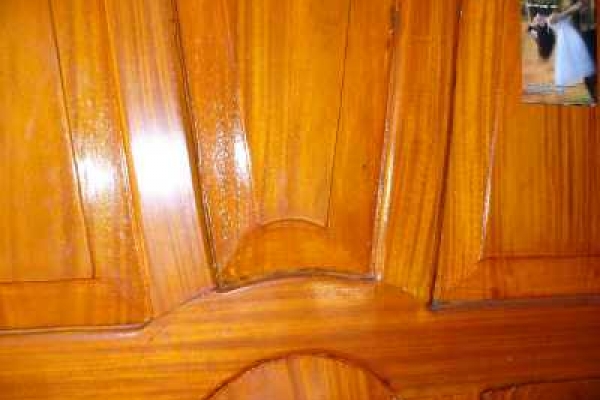 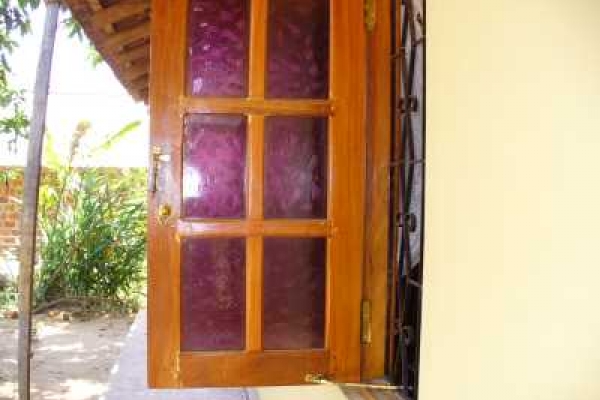 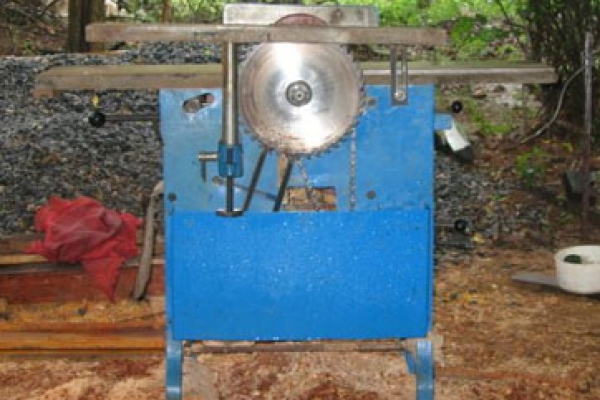 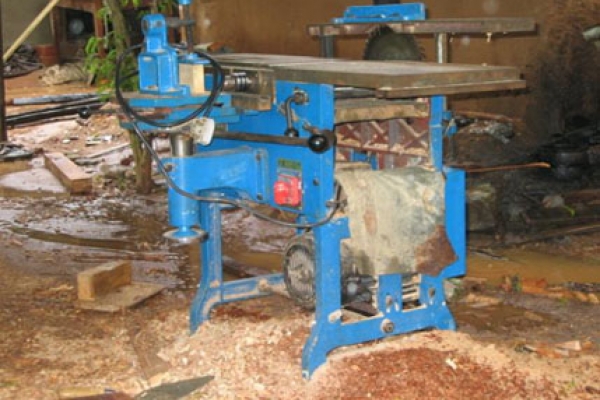 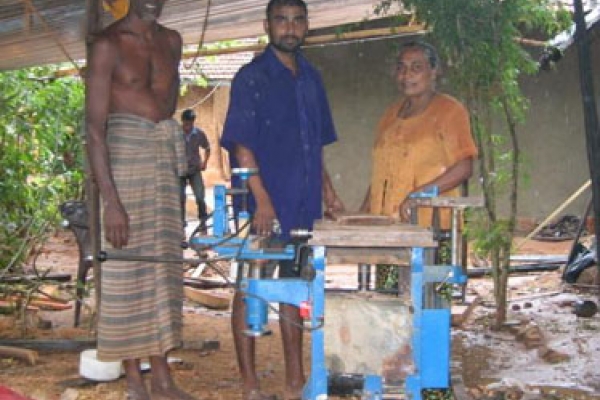 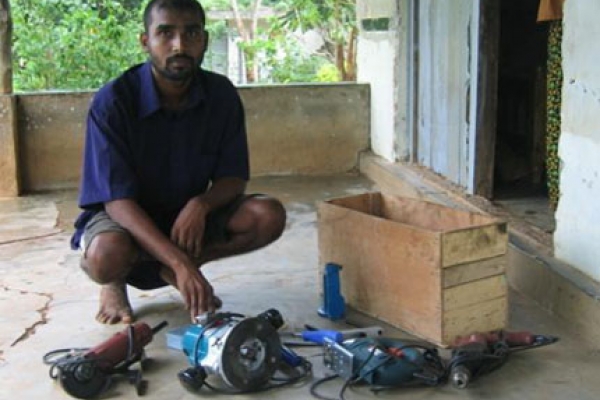 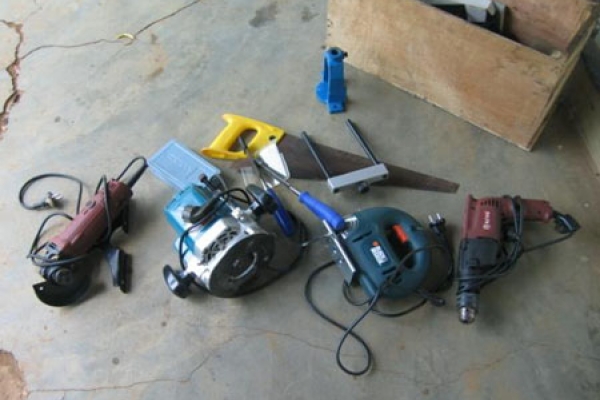