The Minhath Montessori Pre-school, located in Dickwella is the only Tamil/Muslim school of its kind in the Tangallle Region where pre-school children can study in their native language and receive instruction in Arabic so they can read the Koran. Recently the Tangalle Muslim School was closed and children in this community now have nowhere to study in their native language and must attend the public Singhalese schools. 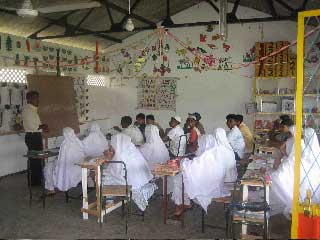 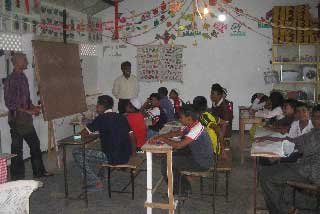 In light of this, perhaps the most important aspect of this school is that it goes beyond a mere offering of education by providing a venue for the Tamil Community to keep its culture in tact. This is no small contribution to this community that oftentimes is affected by the stigma of the conflict in Northern and Eastern of Sri Lanka.

Keeping with his original vision, Mr. Imthiyas is on his way to having a model Montessori school for others in the area to follow. He's re-doing the playgrounds, continues to enhance the curriculum per the Montessori guidelines and has hopes to start a garden for the children to learn about growing food. But Mr. Imthiyas, not unlike Mr. Mahendra, has expanded on his original vision for the Minhath Montessori School. He recognized that he needed to make better use of the facility in which the pre-school was located after the pre-school children had gone home. 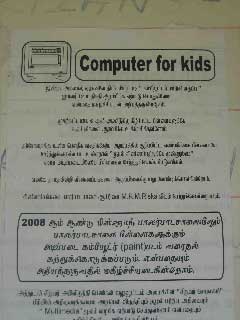 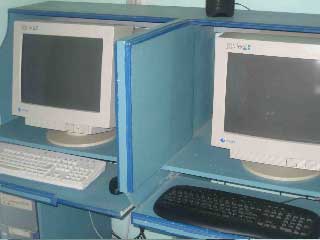 Since my last visit in 2007, he has set up a computer lab with two PC's, and now runs weekly study classes in Language, Science and Health in the afternoons for children ages 9-13, 13-14, 14-16. With a teacher from neighboring town Weligama, paid for out of his own pocket, he's created some of the most heavily attended after school classes by teens in this area wishing to perform well on their government exams. 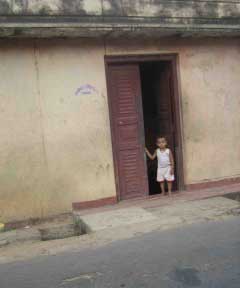 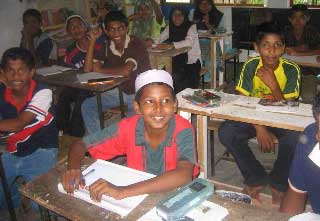 His vision however, hasn't stopped there. While he recognizes the importance of having an exclusively Muslim/Tamil school for the community, he ventured further to establish the only Sinhalese/Tamil Montessori School in the district and of the 64 Montessori schools in the area, it is at the top of the list for performance and academia. Led by both Sinhalese and Tamil teachers, two of each he shows how it is possible to honor and respect the two cultures under one roof, not to mention create a superior learning environment in the process.

Unfortunately, the building in which the school is operated is in poor shape and overrun by monkeys in the evening when the school is not active. He is prospecting for financial support to rebuild this structure and improve the grounds that surround it. 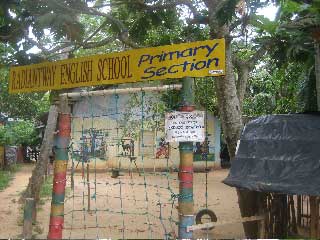 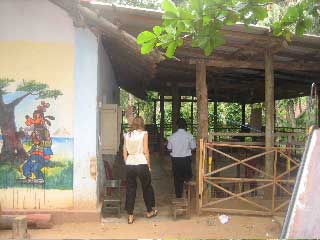 Mr. Imthiyas, like Mr. Mahendra, with the support of Real Medicine, has become a strong community leader who actualizes every opportunity available to him to serve his community. Productive partnerships such as these have come to characterize Real Medicine's participation in Sri Lanka and we look forward to supporting these and forging others to further our vision in Sri Lanka.