Driving this past week from Cebu City to the regions in the north of Cebu Island devastated by Typhoon Haiyan/Yolanda and visiting: Bogo City, several barangays outside of Bogo City, such as Don Pedro Barangay and Nailon Barangay, then San Remigio, Medellin, crossing over to Bantayan: going to Bantayan and Santa Fe, and then crossing back over to Cebu Island, going to Daanbantayan – what struck me most was the horrific devastation, and the incredible friendliness and warmth of every single Filipino I met. 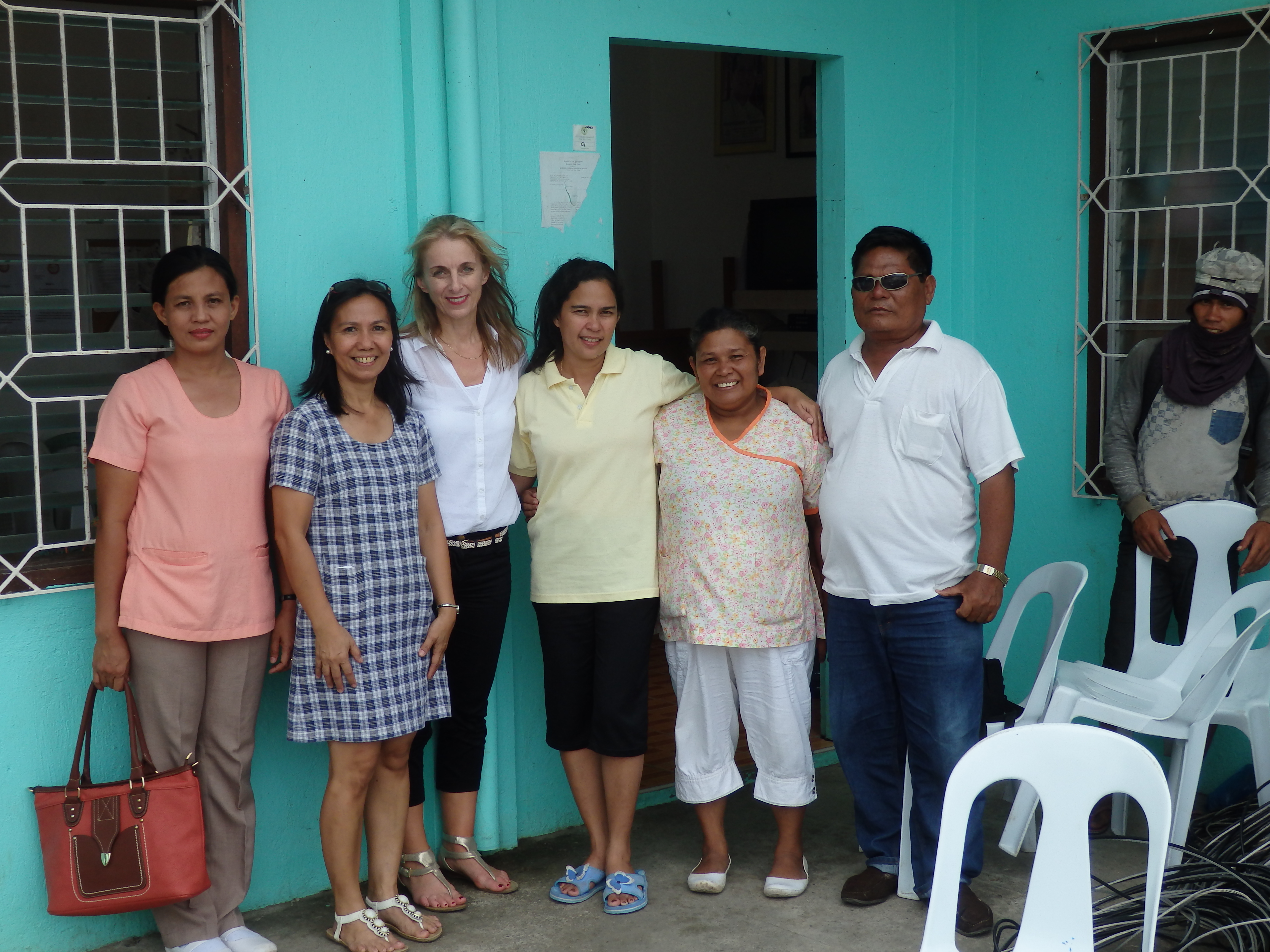 Having just gone through this catastrophic typhoon, their spirits were remarkable and positively humbling. Everyone was greeting me and smiling, and the ones I talked to just simply refused to give up hope. I wanted to visit as many health facilities as possible, and along the way learned what would be needed to get this region of the Philippines back on their feet. So, this following report will come in several parts. It will depend on the funding and resources we here at RMF will be able to access and receive; we are committed, as always, to supporting the whole person in their communities for the longer term – until they are strong and self-sufficient again. 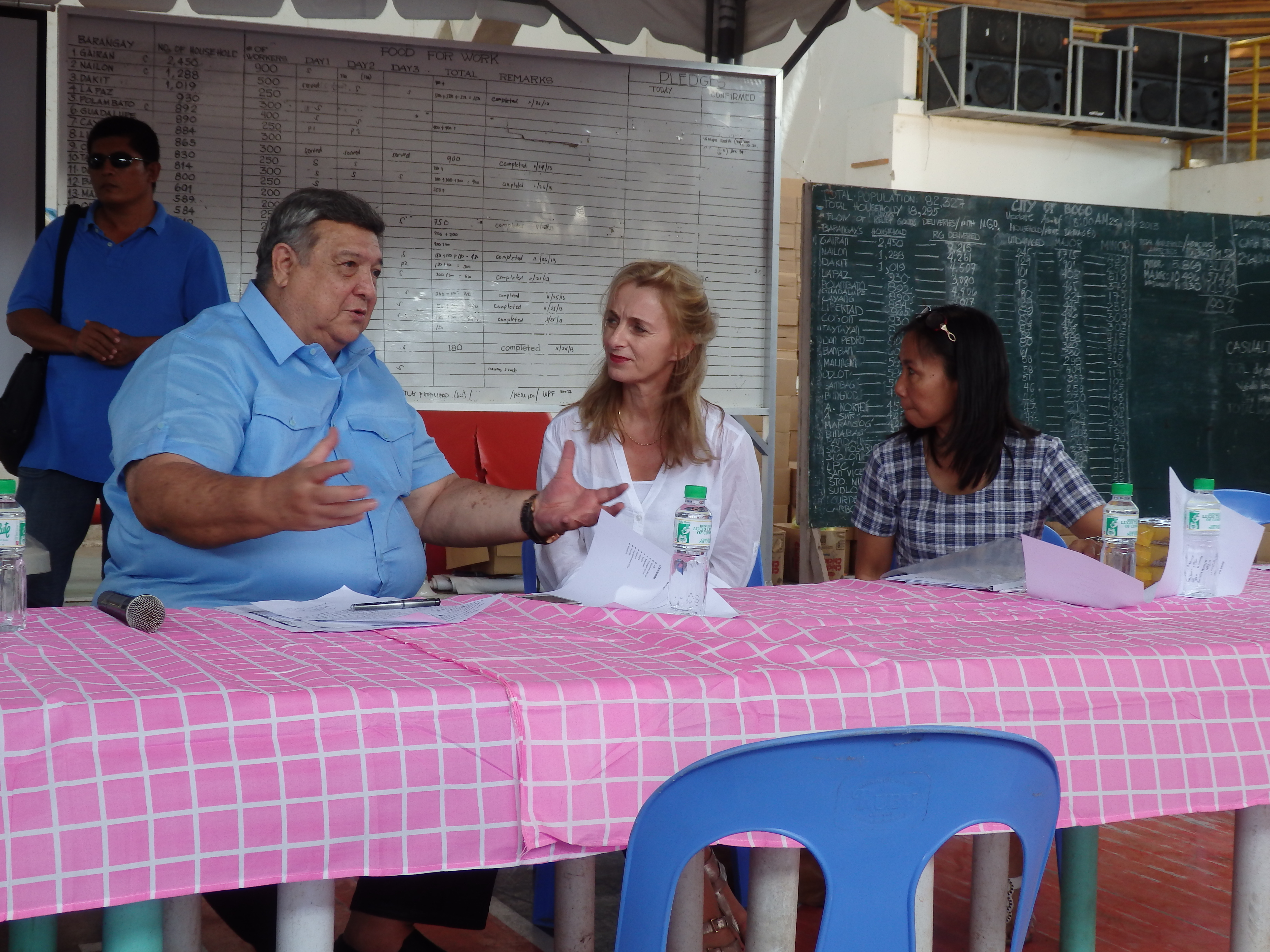 This district hospital is a 50-bed hospital, serving Bogo City which has a population of 70,000 people, as well as the municipalities of Daanbantayan, Bantayan, Medellin, San Remegio, and Tabogon. It is the only referral hospital for the whole area, with services including obstetrics/gynecology, pediatrics, general medicine, radiology. The occupancy of the hospital, before Typhoon Haiyan/Yolanda, was regularly 130-180%, with many patient beds on the hospital floors. Following the typhoon, occupancy rates are over 200%. 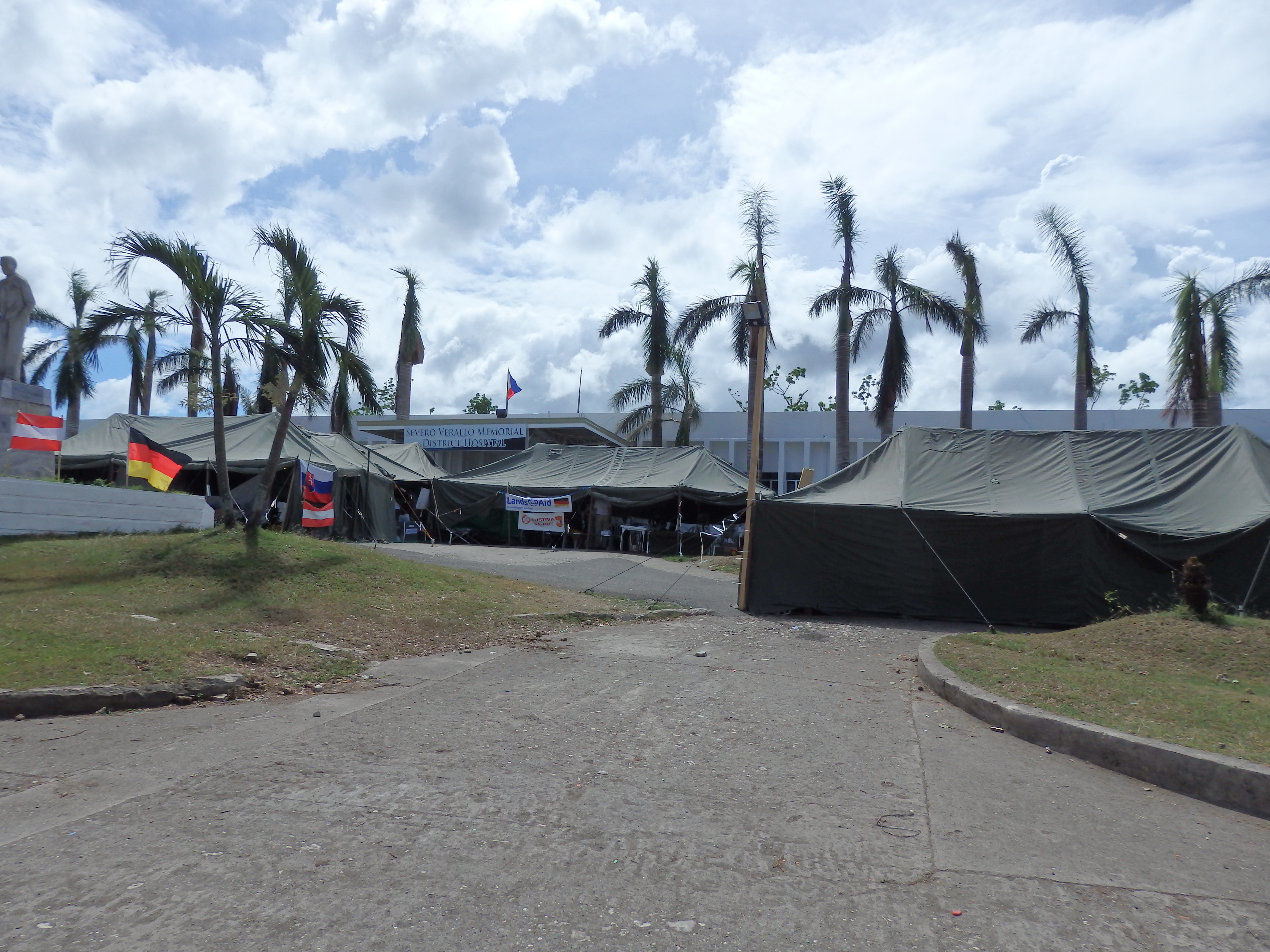 As we visited on November 28, the immediate acute post-typhoon injuries had been taken care of, the hospital was overwhelmed at this point by patients with chronic illnesses and conditions existing pre-typhoon, people not having had access to treatment or couldn’t afford treatment for, i.e. various forms of malignant growth, cysts, skin diseases, arthritis and myalgia. 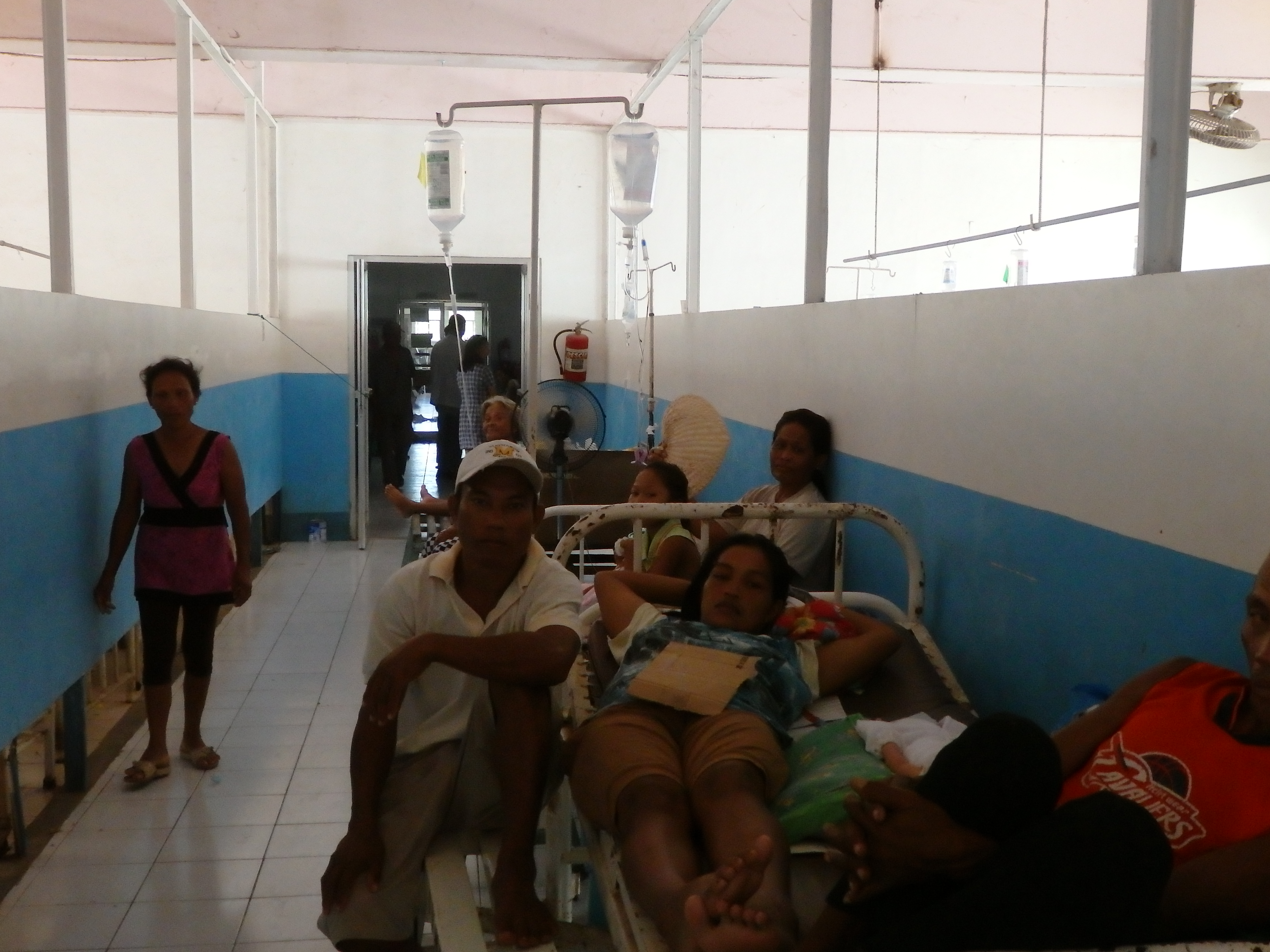 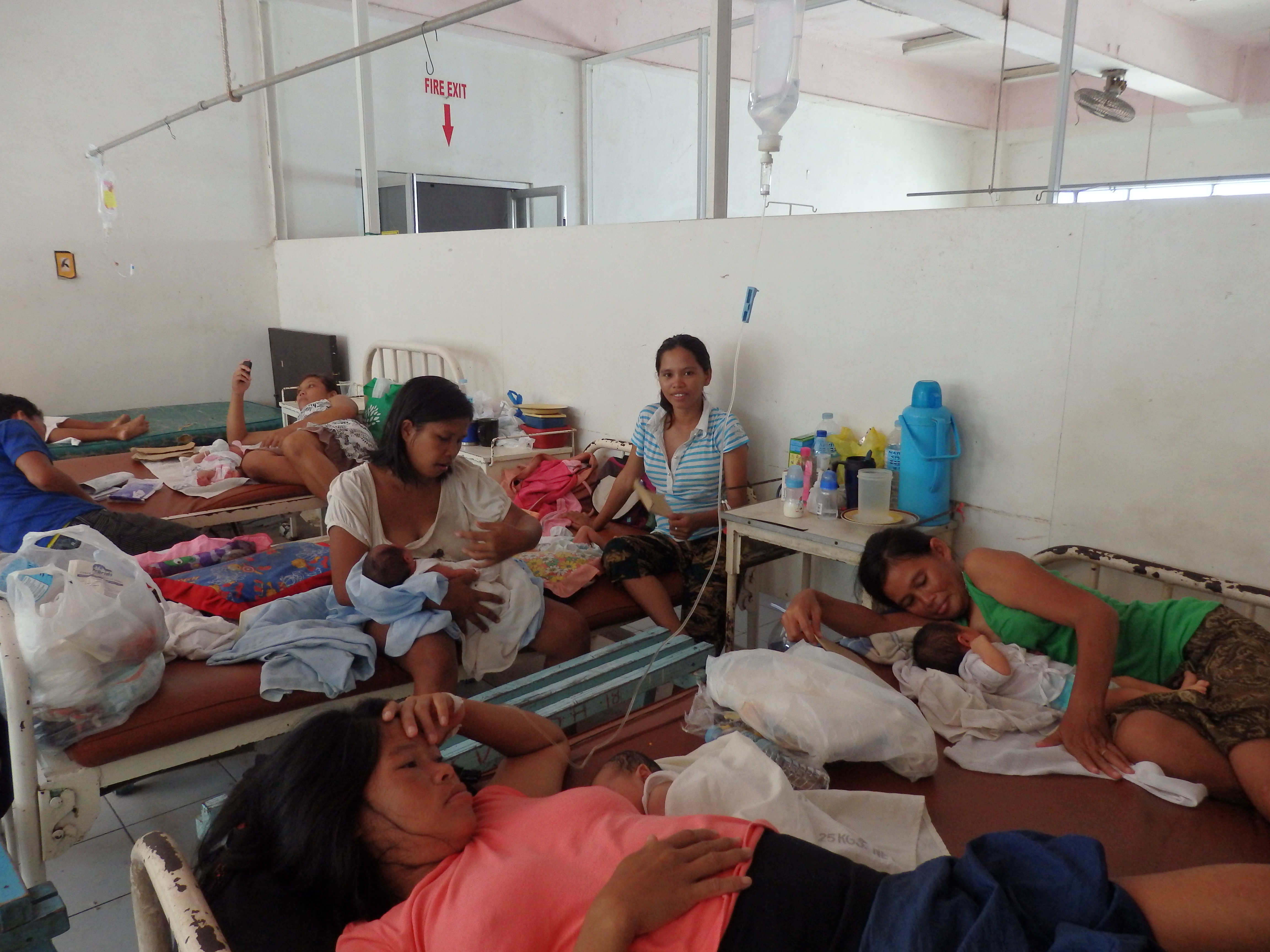 Also prevalent were acute illnesses such as pneumonia, gastroenteritis and dehydration, children with bacterial and viral infections, and patients with trauma related to MVAs. 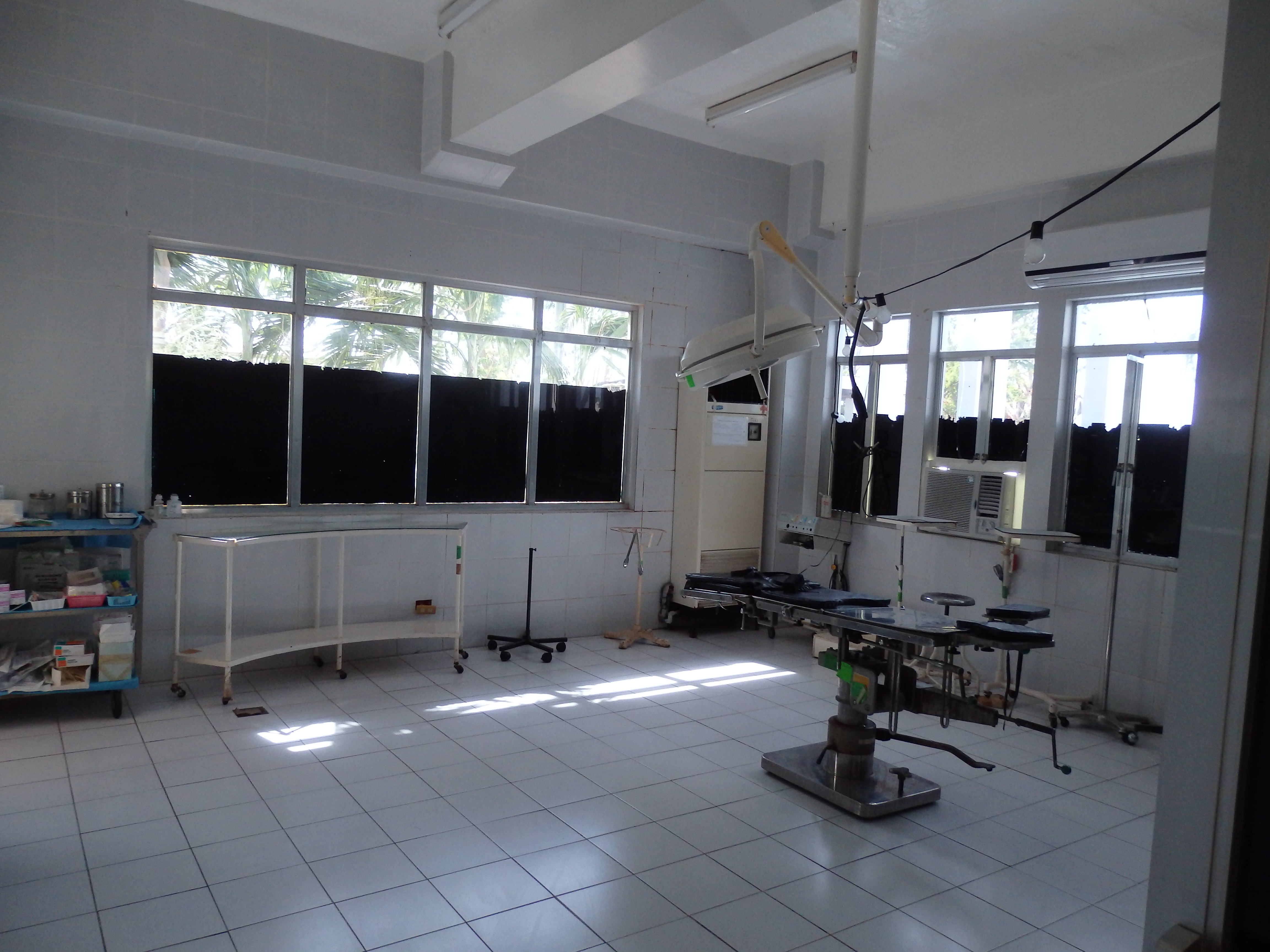 Several international organizations had been setting up treatment tents in front of the hospital; it is expected that support will be available through mid-January 2014. Infrastructure needs will continue after that time, though, expansion of the hospital, adding beds and capacity, is desperately needed. Typhoon Haiyan/Yolanda did some damage to the existing infrastructure, parts of the roof as well as windows were destroyed, but what we have seen in many post-disaster situations is the case here as well: pre-existing needs become even more obvious and urgent. Minerva and her team pointed out that what was needed most was help to mend and stabilize the health system into the future, giving the traumatized people in the disaster areas access to care they never had before. 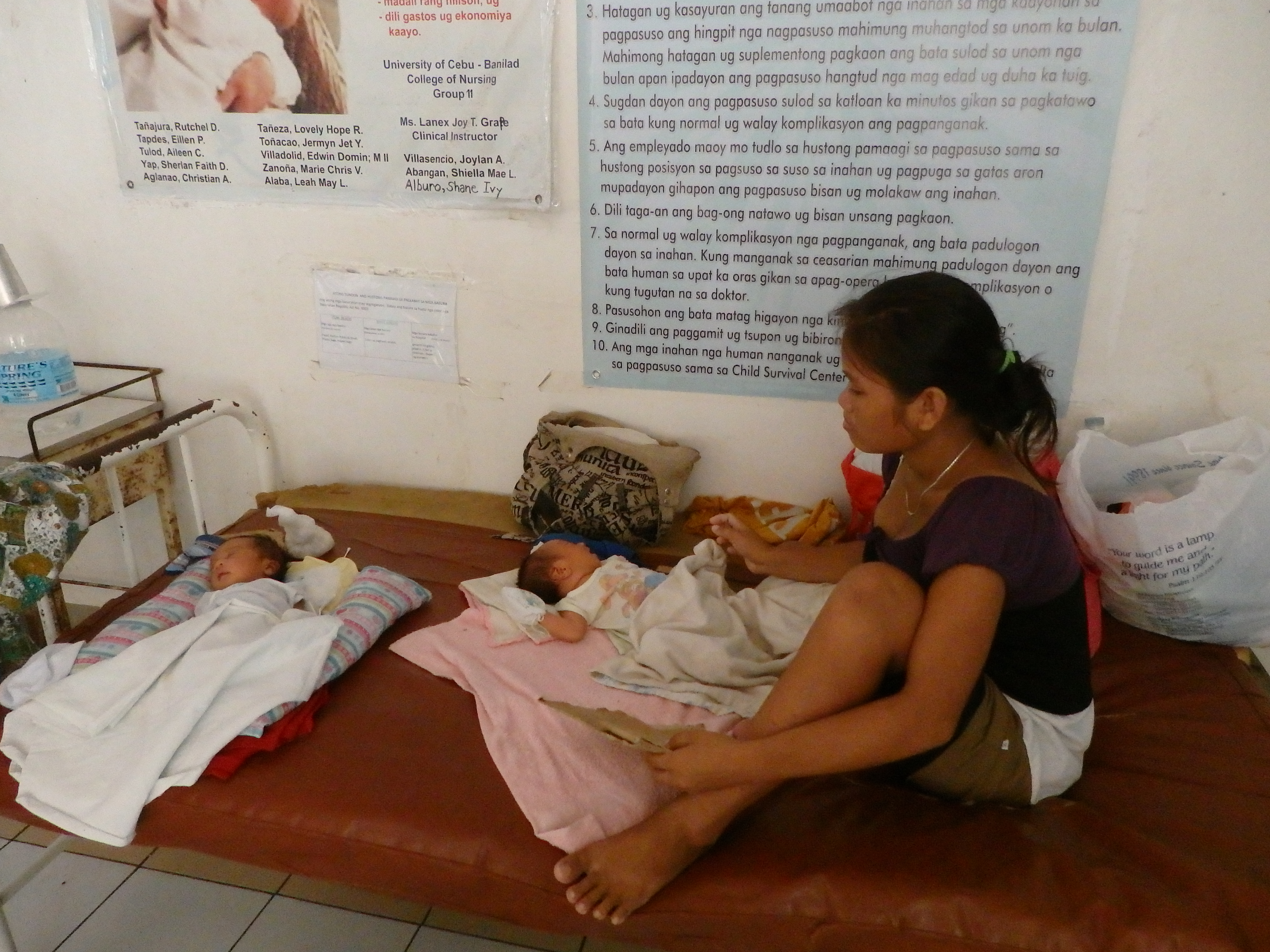 Under Dr Minerva Millor’s guidance we continued to drive into more outlying areas; there are 29 villages (barangays) that each had their own health stations which got severely damaged or destroyed in Typhoon Haiyan/Yolanda. The Mayor and his team asked specifically for help to support rebuilding of these centers.

Dr Millor introduced us to Midwife Analiza Tumulak who is in charge of this health station. The population of this Barangay is 6,132. Before the typhoon, Analiza had seen 25-30 patients/day; main complaints were respiratory tract infections, hypertension, and systemic viral infections. In addition she saw 30 pregnant women/week for prenatal care; 80 children/week for immunizations; 20 malnourished children/week in a feeding program; about 100 women/month in a family planning program; and 2 patients/week treated for tuberculosis. 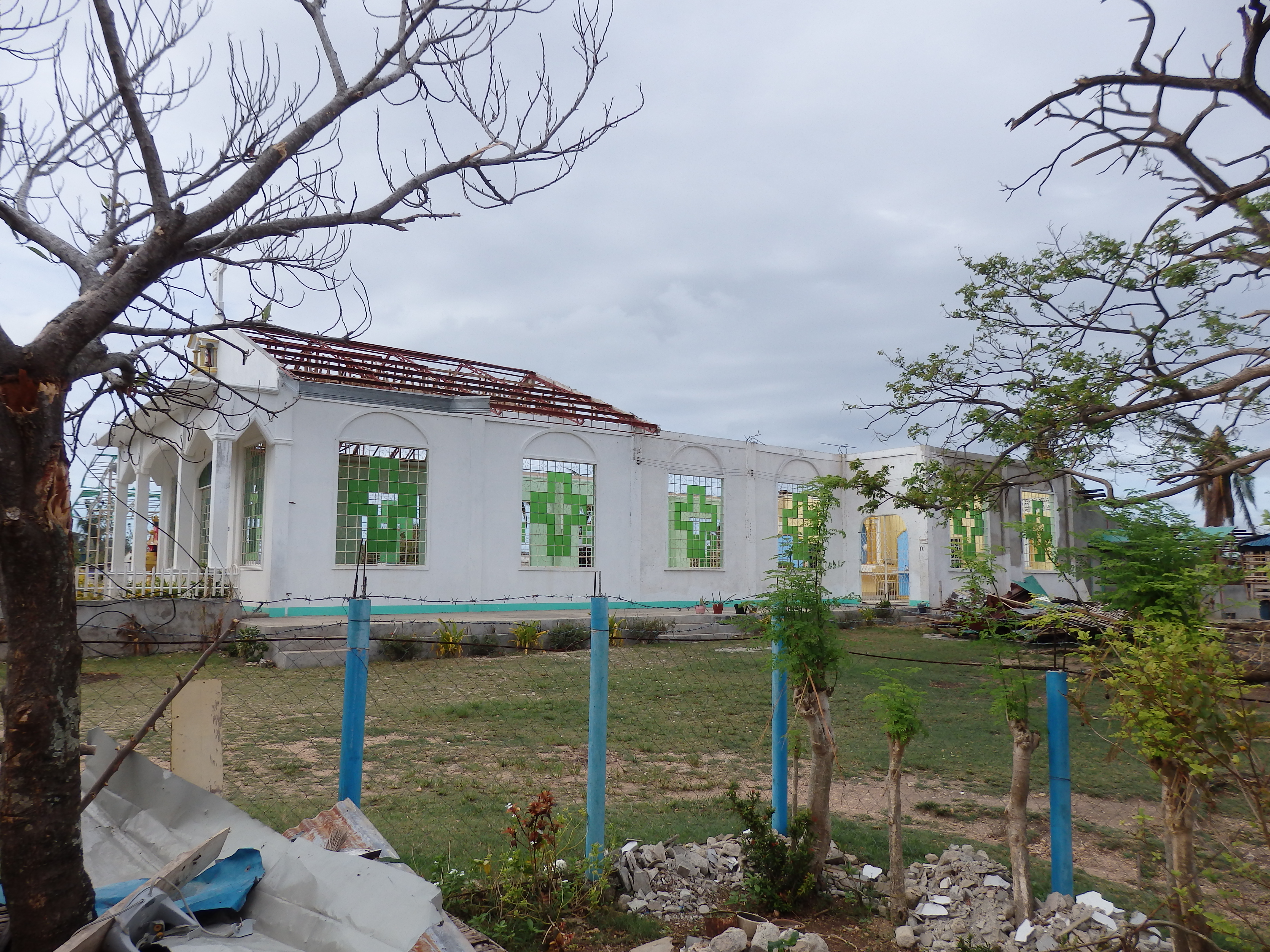 Following Typhoon Haiyan/Yolanda Analiza continued to take care of her patients out of a severely damaged structure. This is one of the traits I found over and over again in so many Filipinos who had just gone through this severe trauma – they continued to do their work and to help each other, being incredibly kind and welcoming.

This health station and its immediately adjacent day care center, about 4km from the center of Bogo City, had been completely devastated in the typhoon. Midwife Lorina Pilapil had taken care of a population of 3,642. 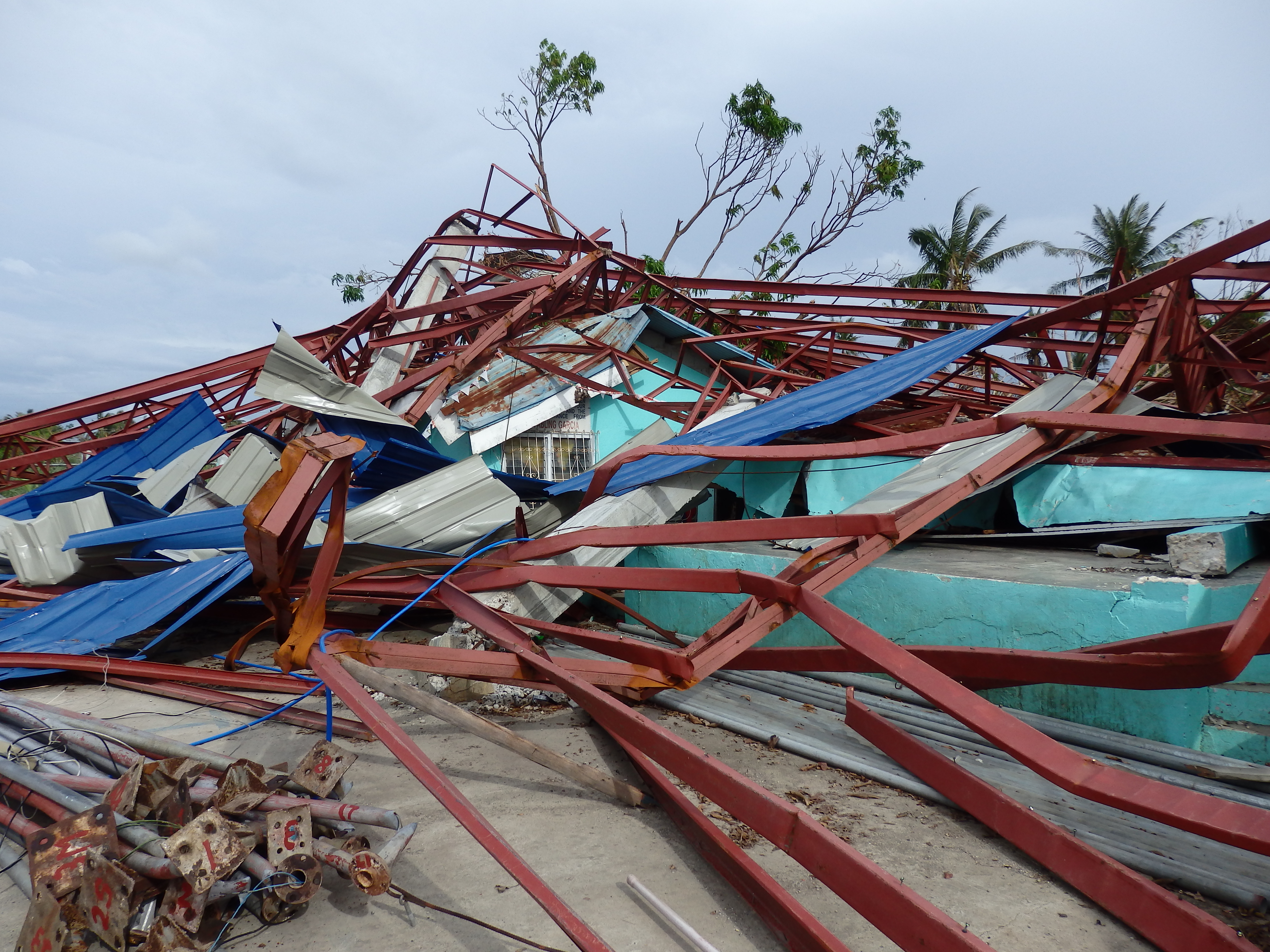 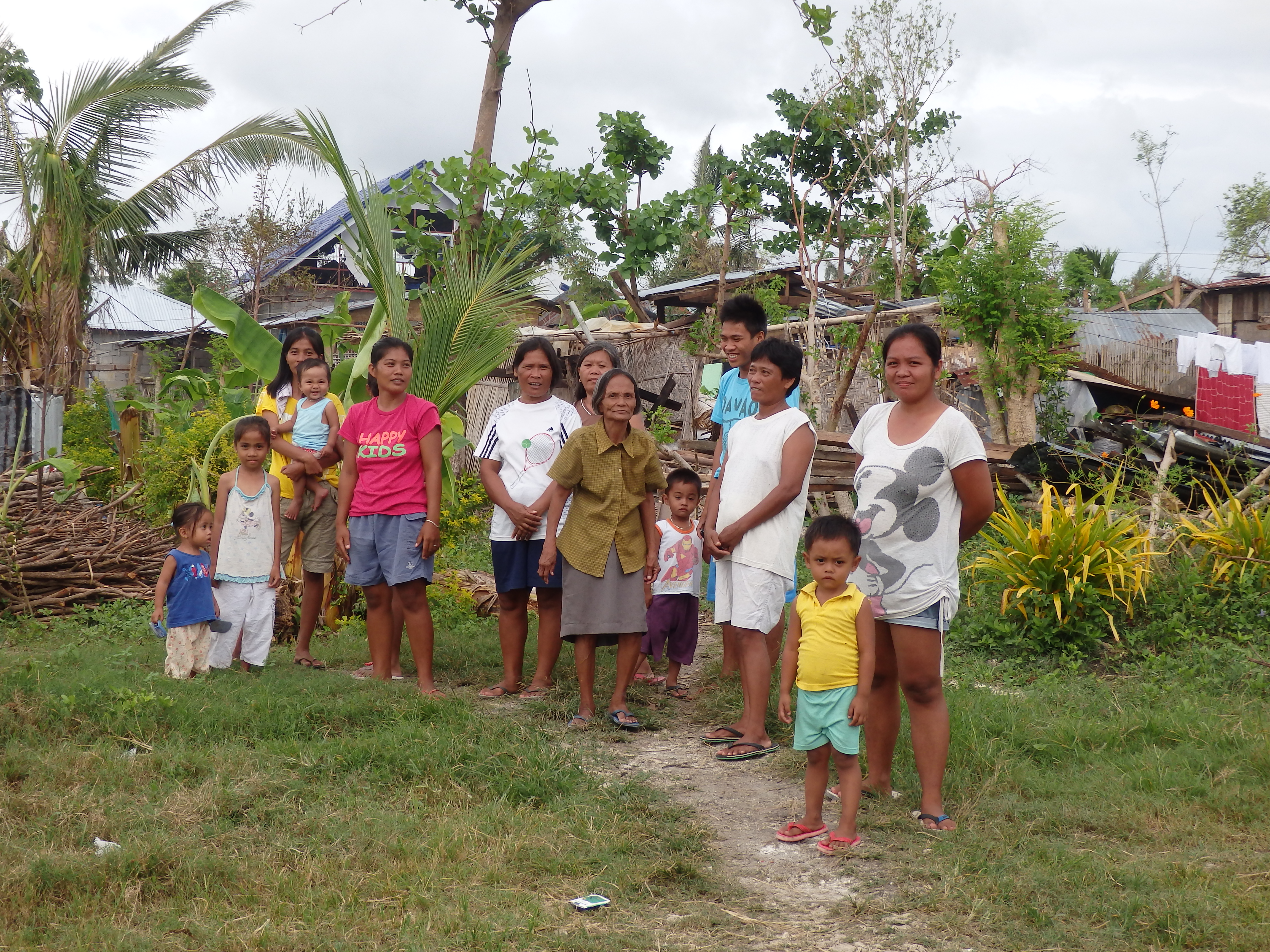