On November 30, most of Bogo City still didn’t have electricity. Just 2 days prior, electricity was finally available again at Cebu Provincial Hospital-Bogo City (Severo Verallo Memorial District Hospital). It is hard to imagine having to perform an emergency medical procedure without electricity and access to potable water. In our follow up communications with Dr Minerva Millor and the other physicians and hospital administrators we met, this was a common challenge they had to work with: cell phone reception was spotty and internet connection not existent. In all towns and villages we passed, workers were working feverishly to repair the broken power lines; the goal was to have electricity reinstalled by Christmas, the latest by the end of the year. 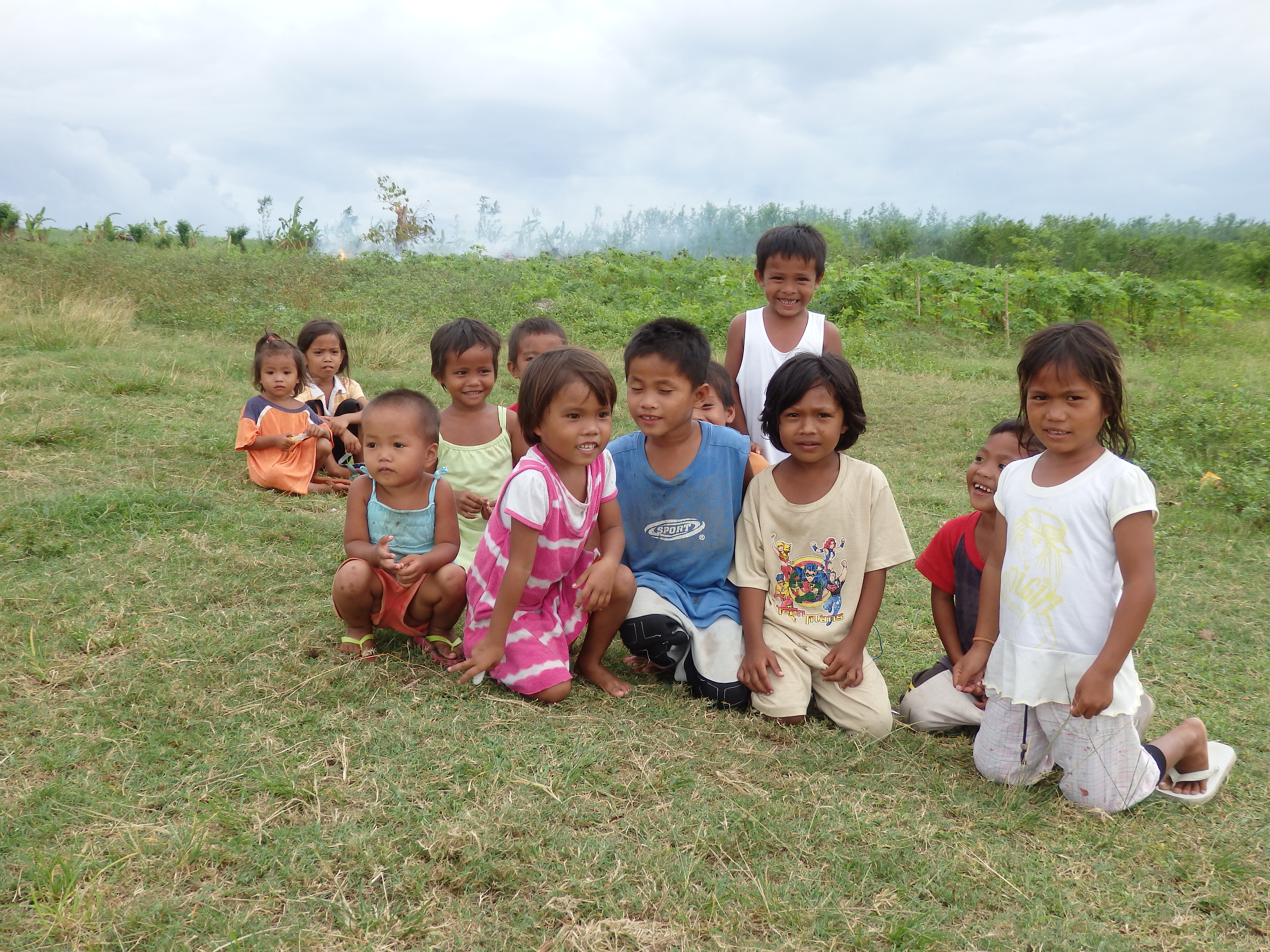 Photo: Children in Medellin, it starts getting dark, and there is no light in the streets nor the houses. The fire in the background: people are burning the debris, broken trees, etc. caused by Typhoon Haiyan/Yolanda in an effort to clean up.

We went to Medellin and San Remigio. 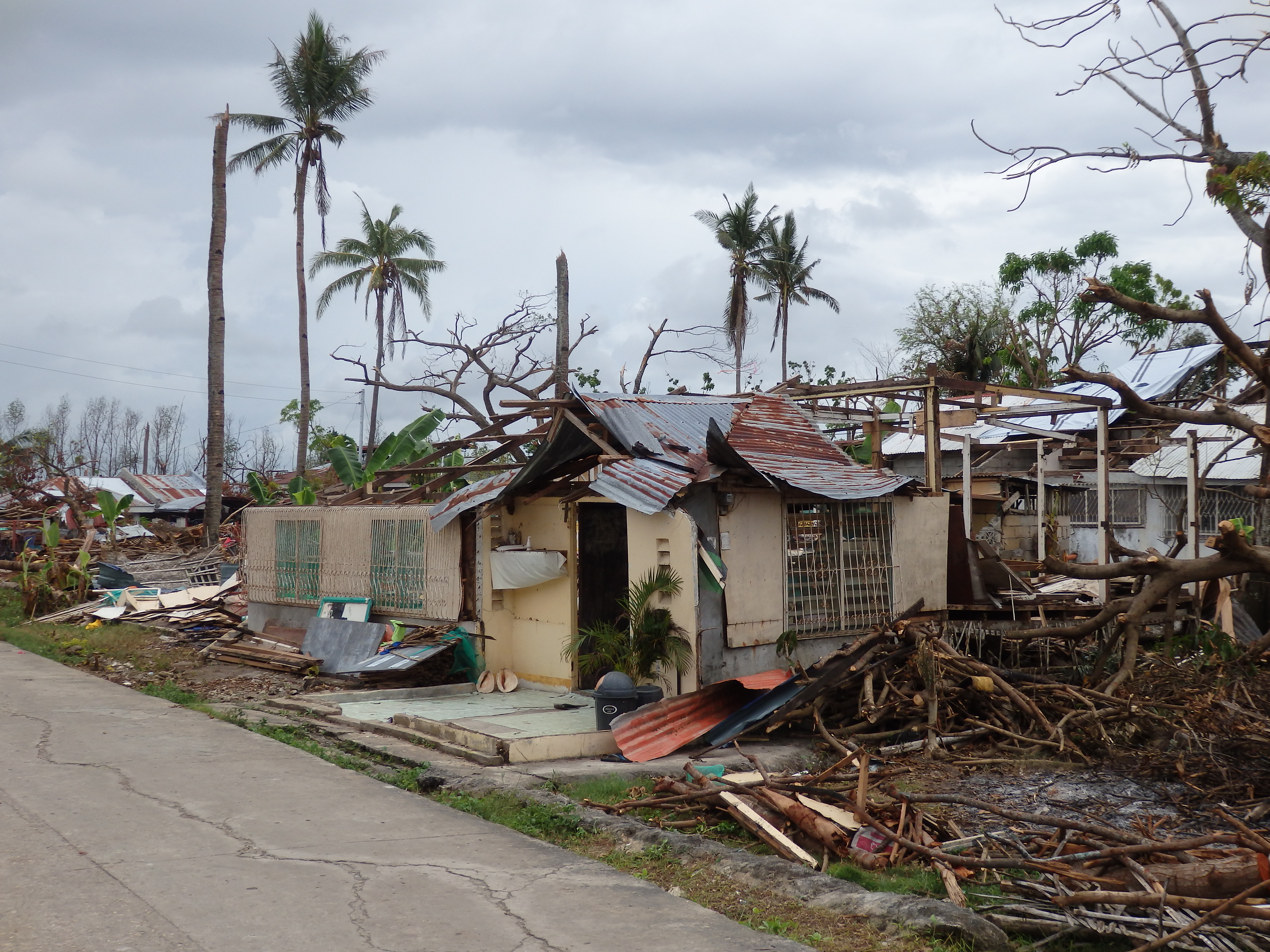 Photo: Devastation along the way 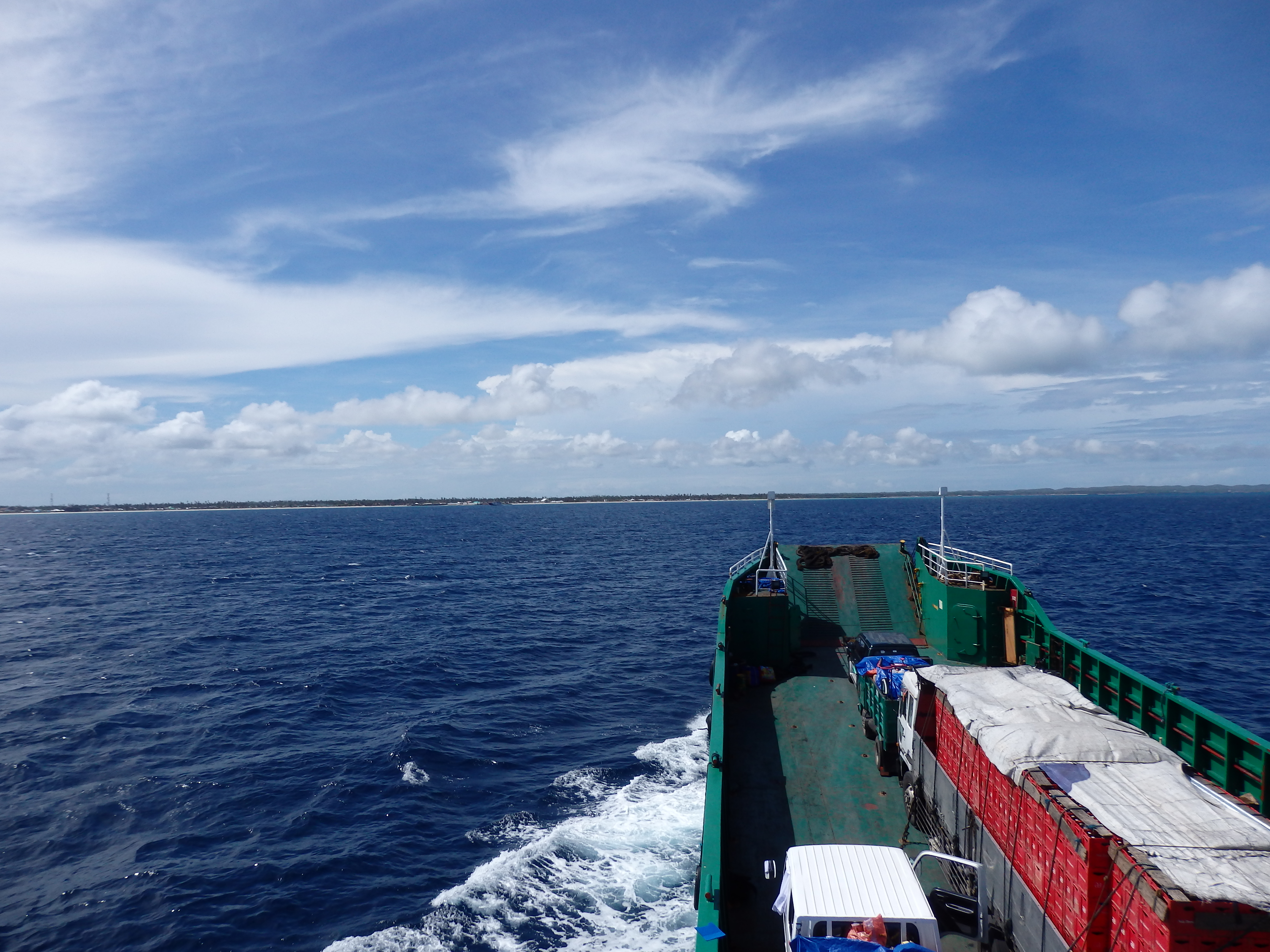 And took a ferry to Bantayan Island to visit Santa Fe and Bantayan. 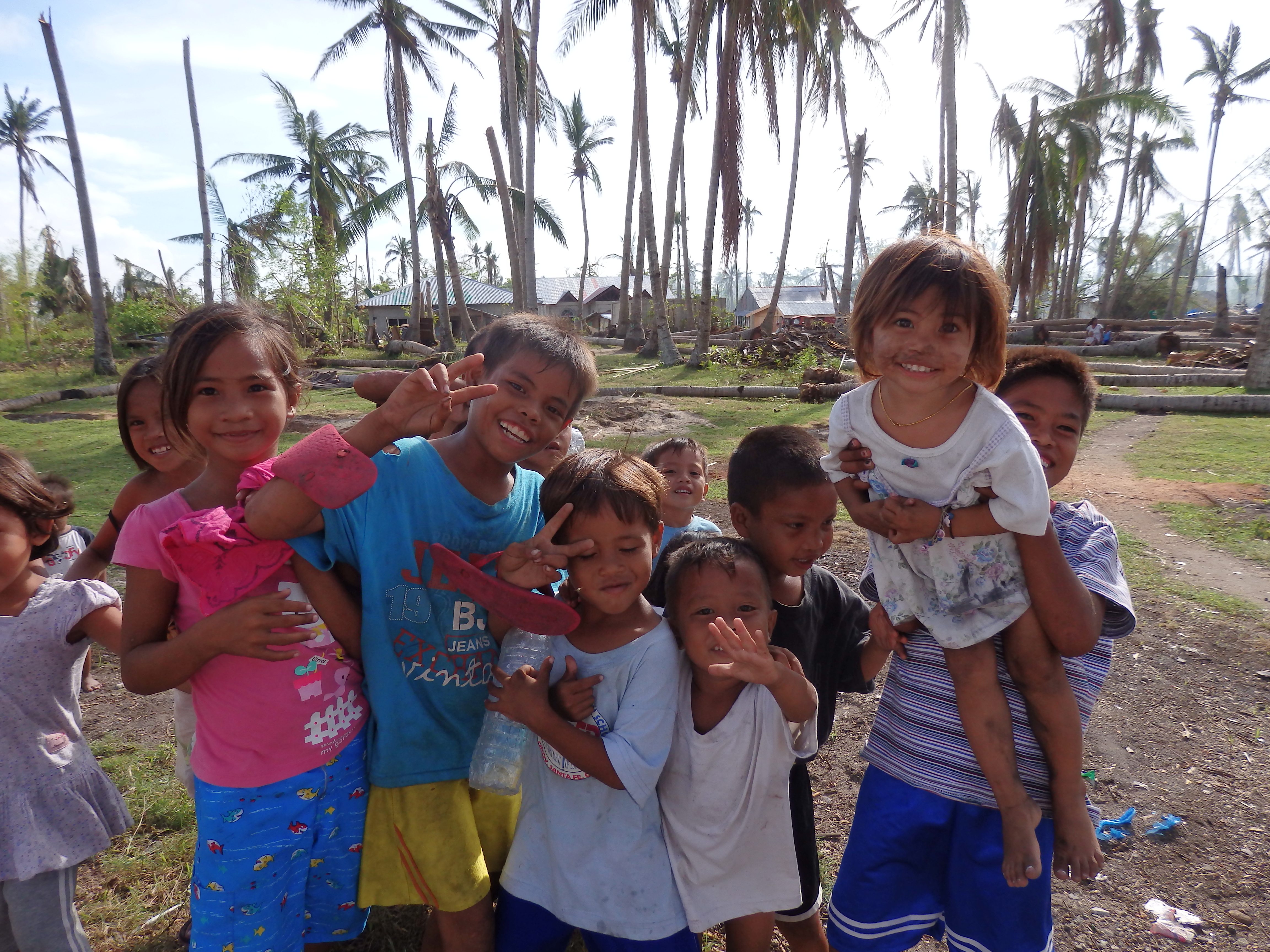 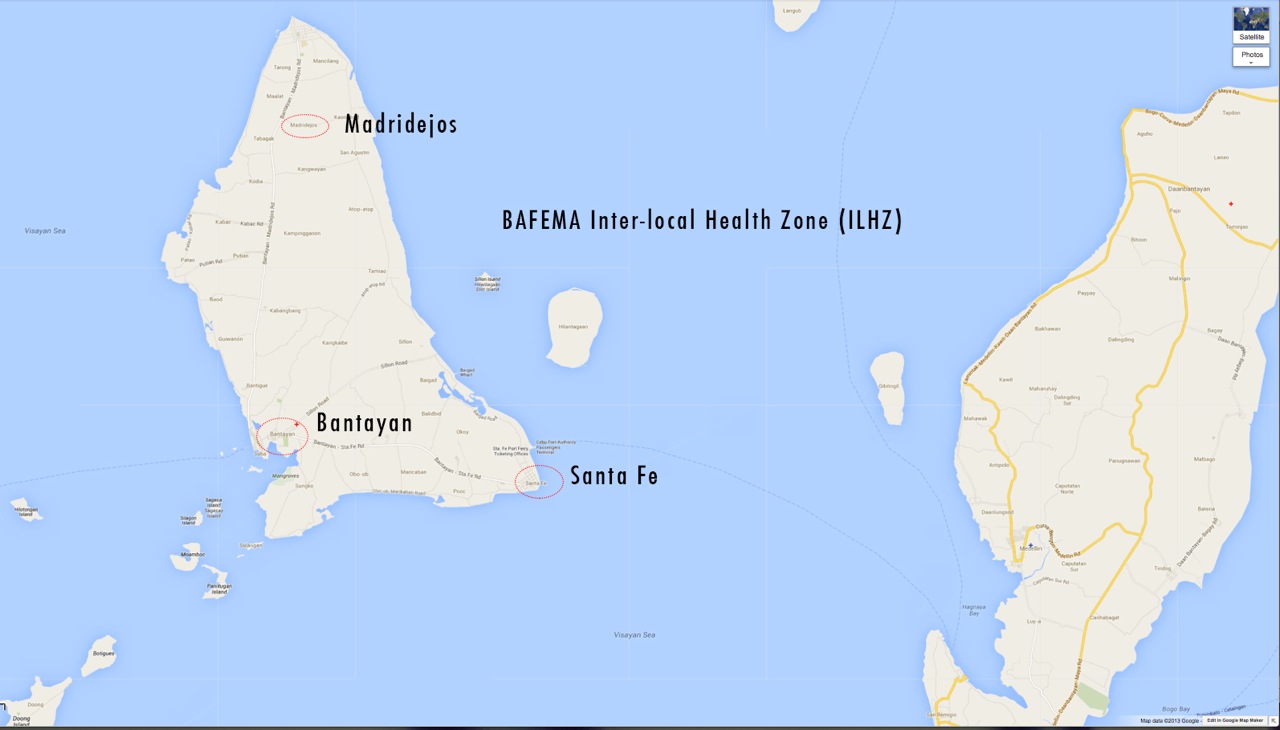 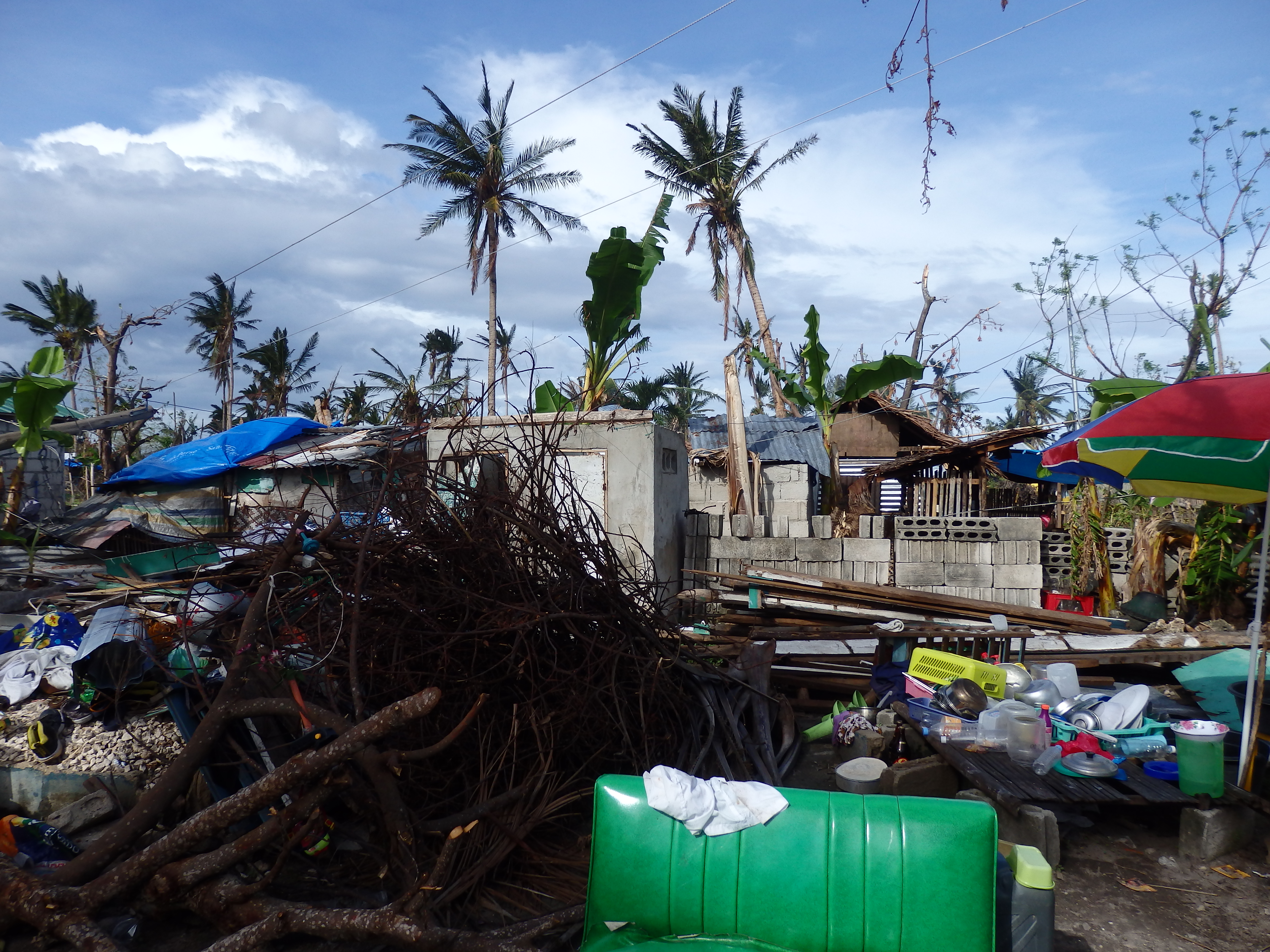 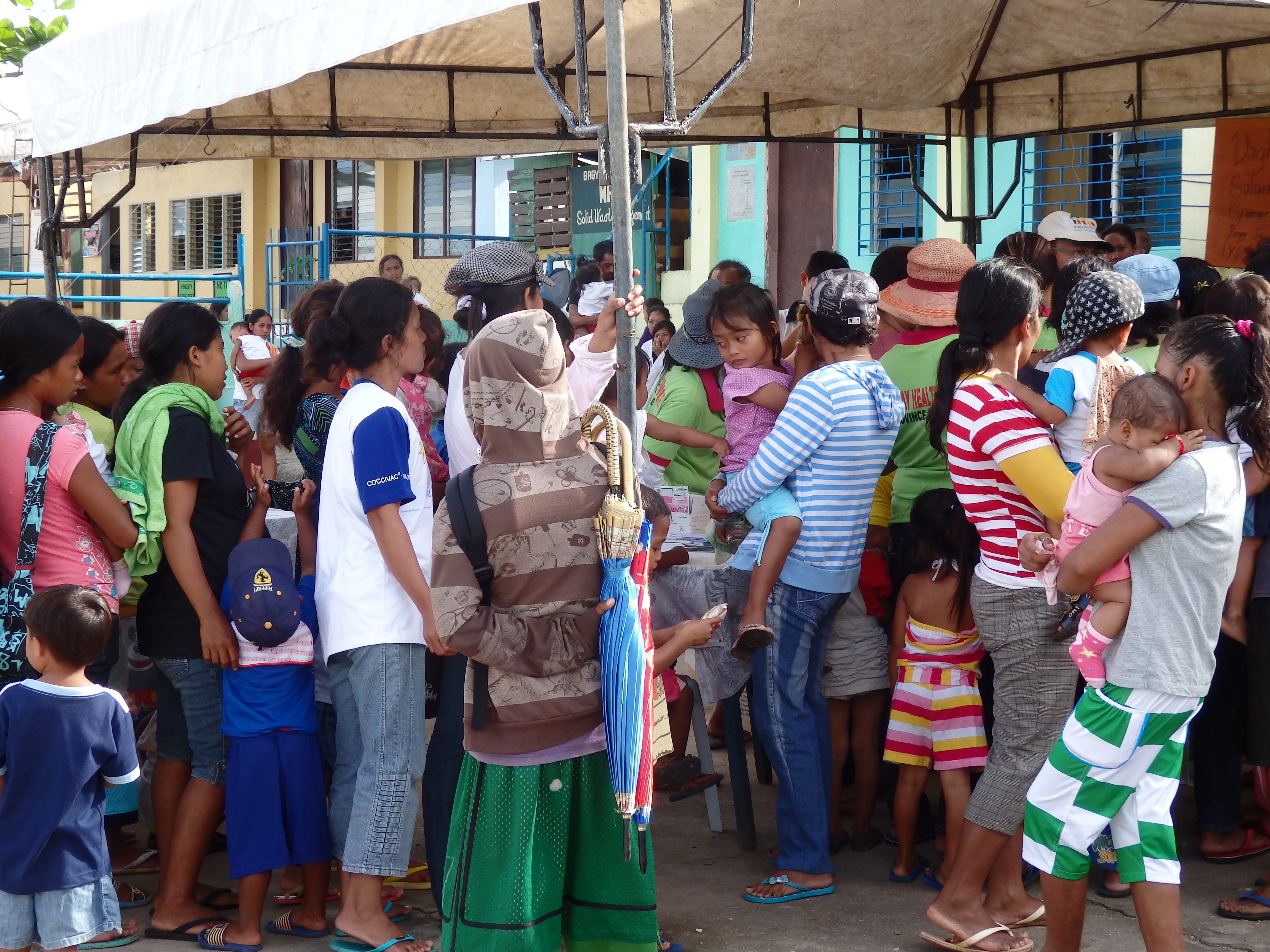 Bantayan Island is situated to the west of the northern end of mainland Cebu and northeast of Negros Oriental. It is about 110km from Cebu City. Its three Municipalities as well as 20 islets stretched for another 5 nautical miles south constitute the BAFEMA Inter-Local Health Zone, with a total population of 132,370 (2011).

Bantayan Island is considered as the fishing grounds of Cebu where boatloads of fish are transported to the city and nearby provinces. 70% of the population is depending on fishery as their main source of income. The island is known for feed mill, fish and crab processing. Corn, root crops, vegetables and fruit bearing trees are grown in agricultural lands and the farm produce is sold in the market. Bantayan is also known as the “Egg Basket” of the region, supplying 1.5million eggs per day, including to mainland Cebu, Leyte and Negros. The poverty rates for Bantayan Island are: Santa Fe 56.2%, Bantayan 38.4%, and Madridejos 42%. 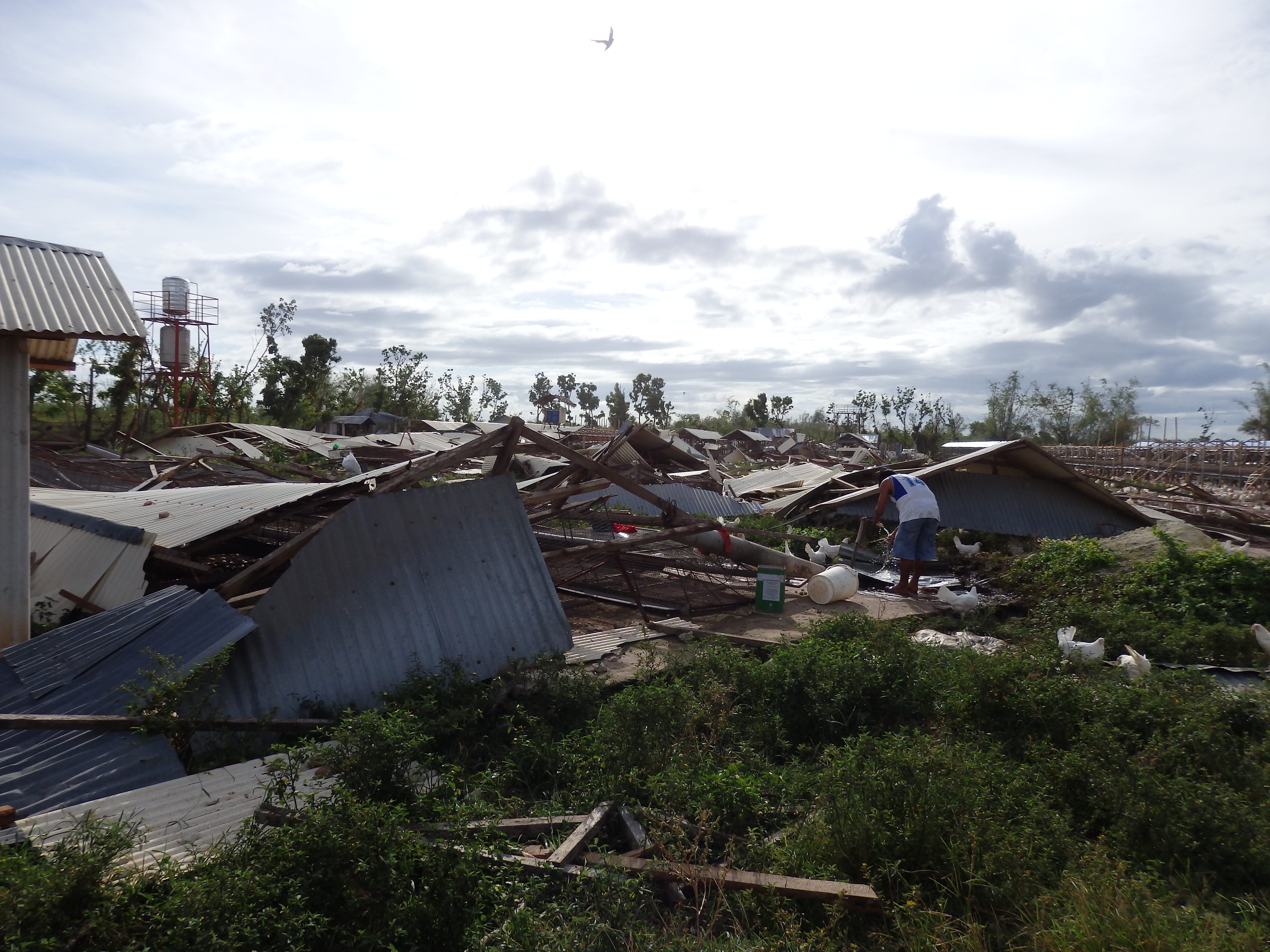 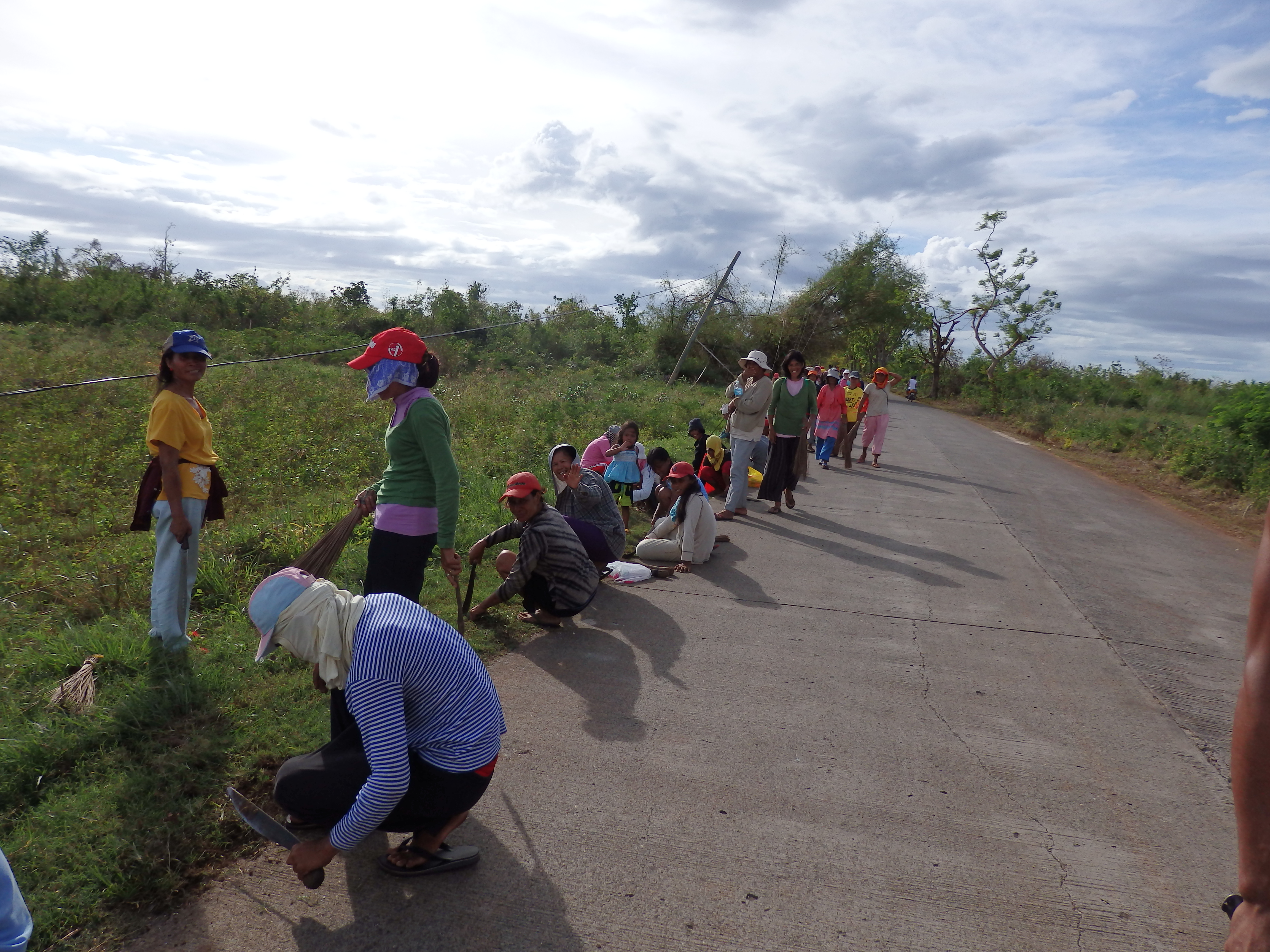 Following Typhoon Haiyan/Yolanda residents found shelter in schools and churches. The typhoon caused extensive damage to infrastructure, ruining the livelihood of hundreds of thousands living in Northern Cebu. Food is still scarce because the typhoon damaged fishing boats and destroyed all crops such as banana trees, corn fields and vegetable gardens.

Here in Bantayan Island people are known to be hard-working and industrious, and I kept being impressed how everyone helped each other, how people came together to clear debris, to clean the streets and lands from broken trees and other damage caused by Typhoon Haiyan/Yolanda. And everyone, really everyone, was welcoming, friendly and smiling. 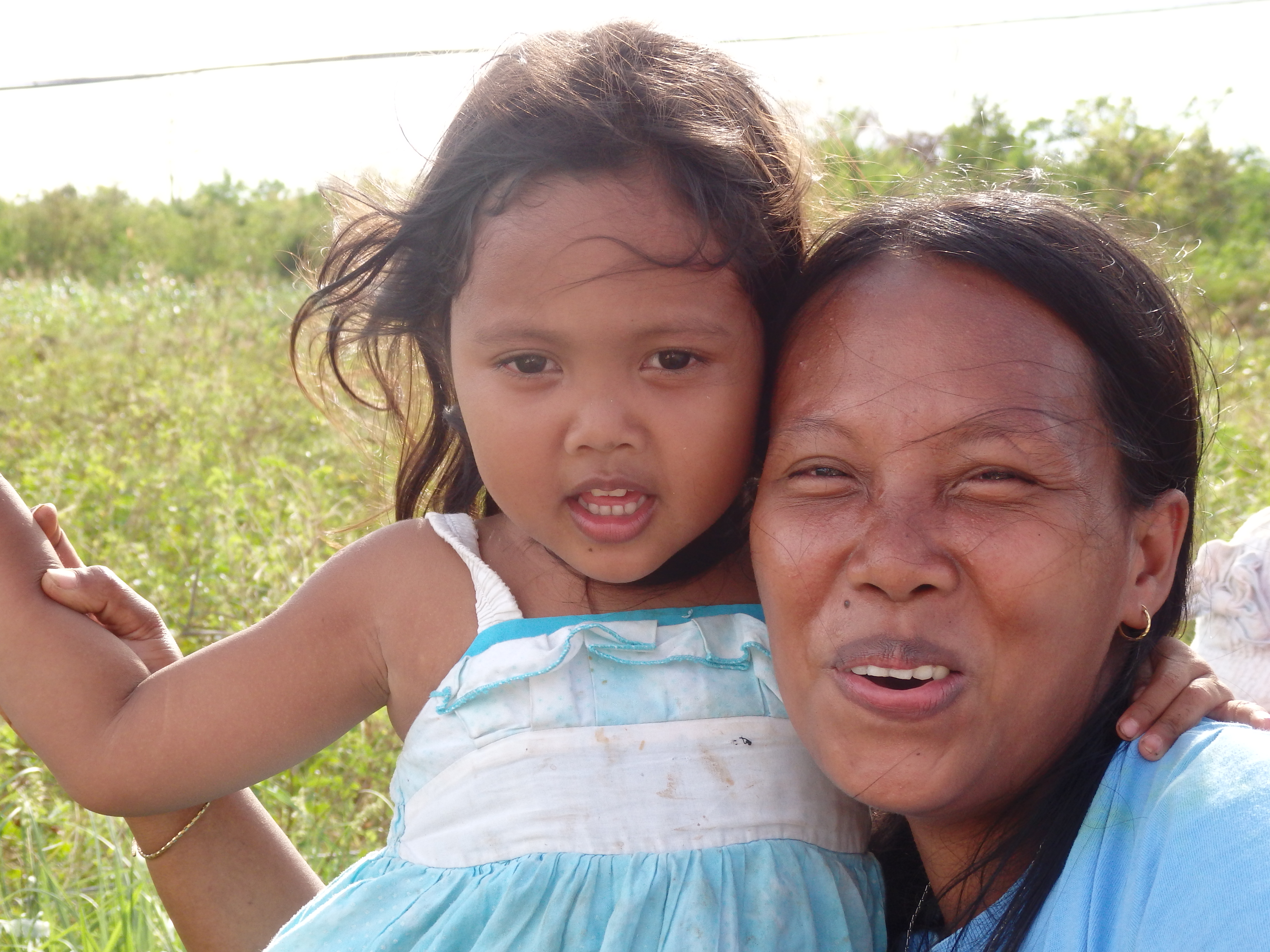 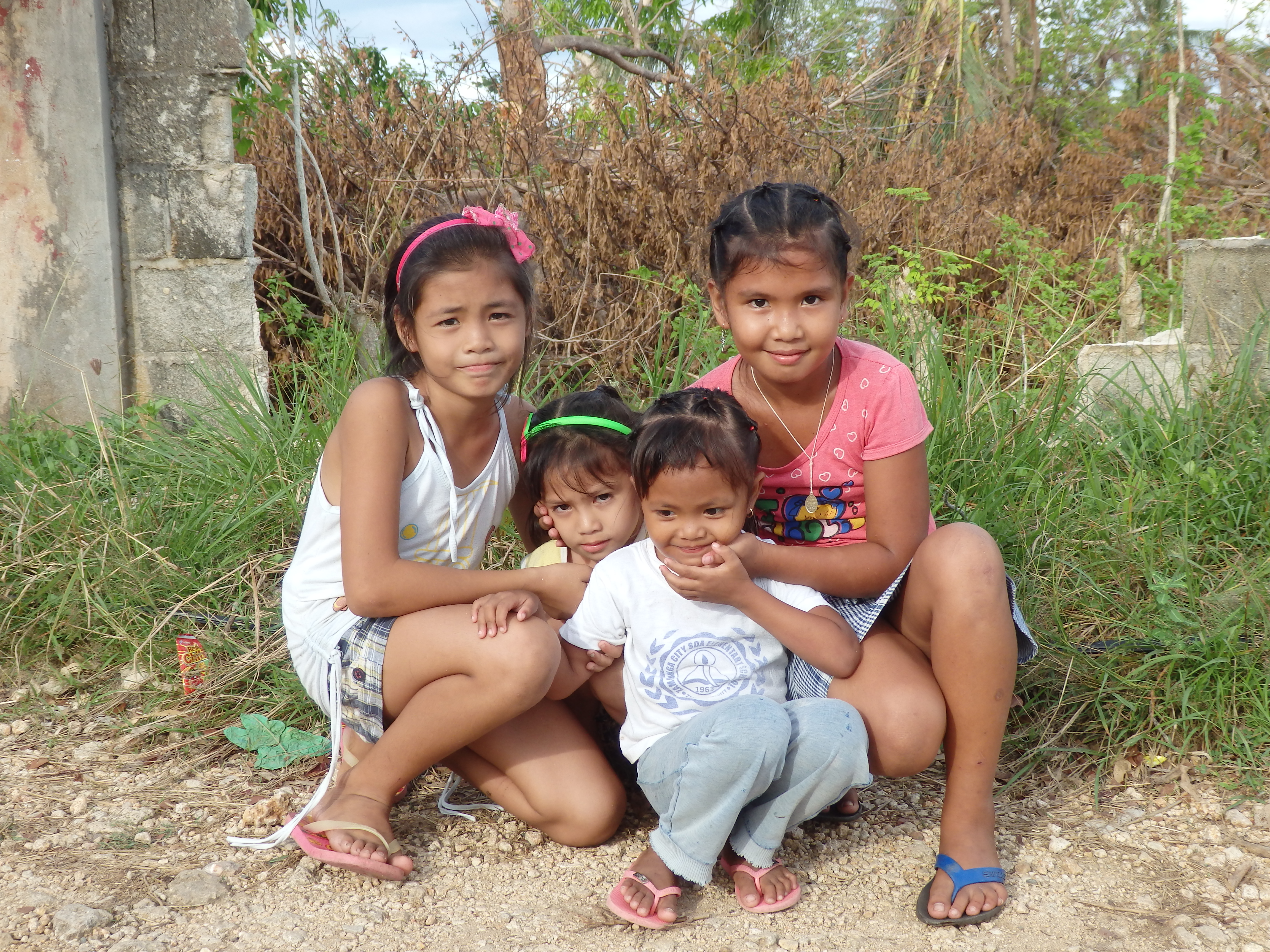 Bantayan District Hospital is a 25-bed Primary Care Facility, and the only hospital catering to the health needs of the people in the three municipalities comprising Bantayan Island: Santa Fe (25,528 population), Bantayan (73,753), and Madridejos (33,089). It is accessible by land transportation and several hours’ navigation by sea from the islets surrounding the three municipalities. At present, there is only one physician serving a population of 73,753 in Bantayan. 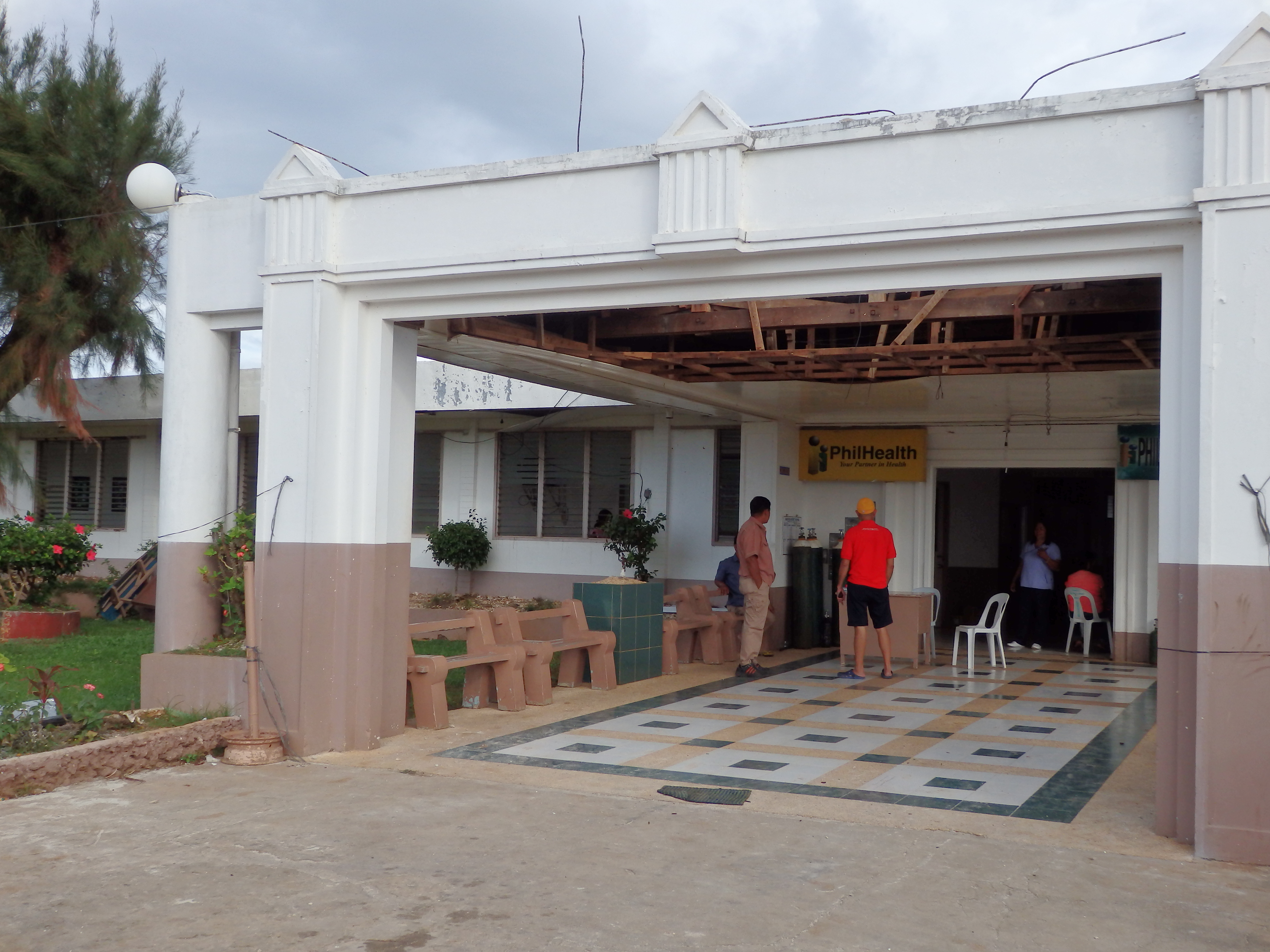 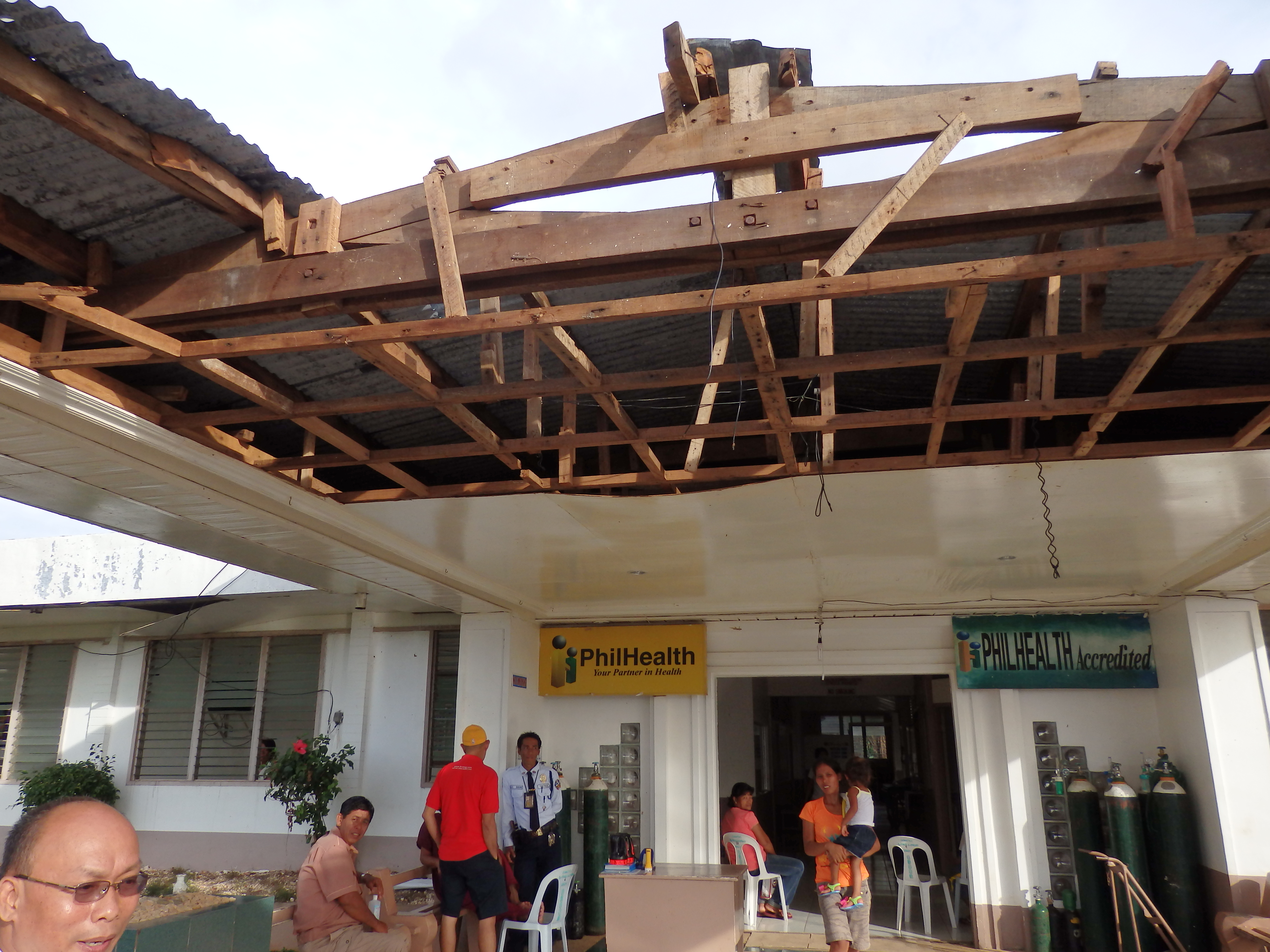 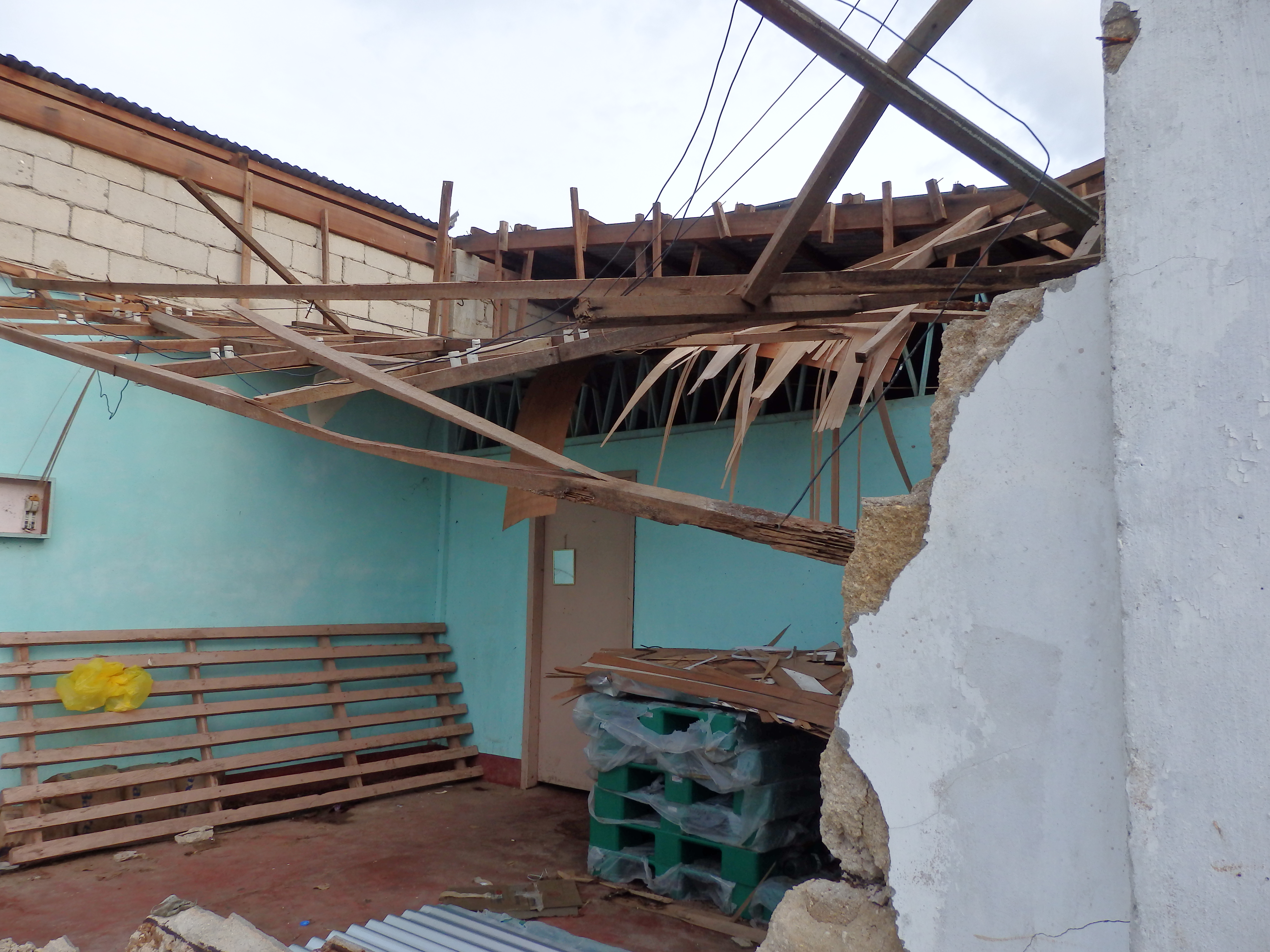 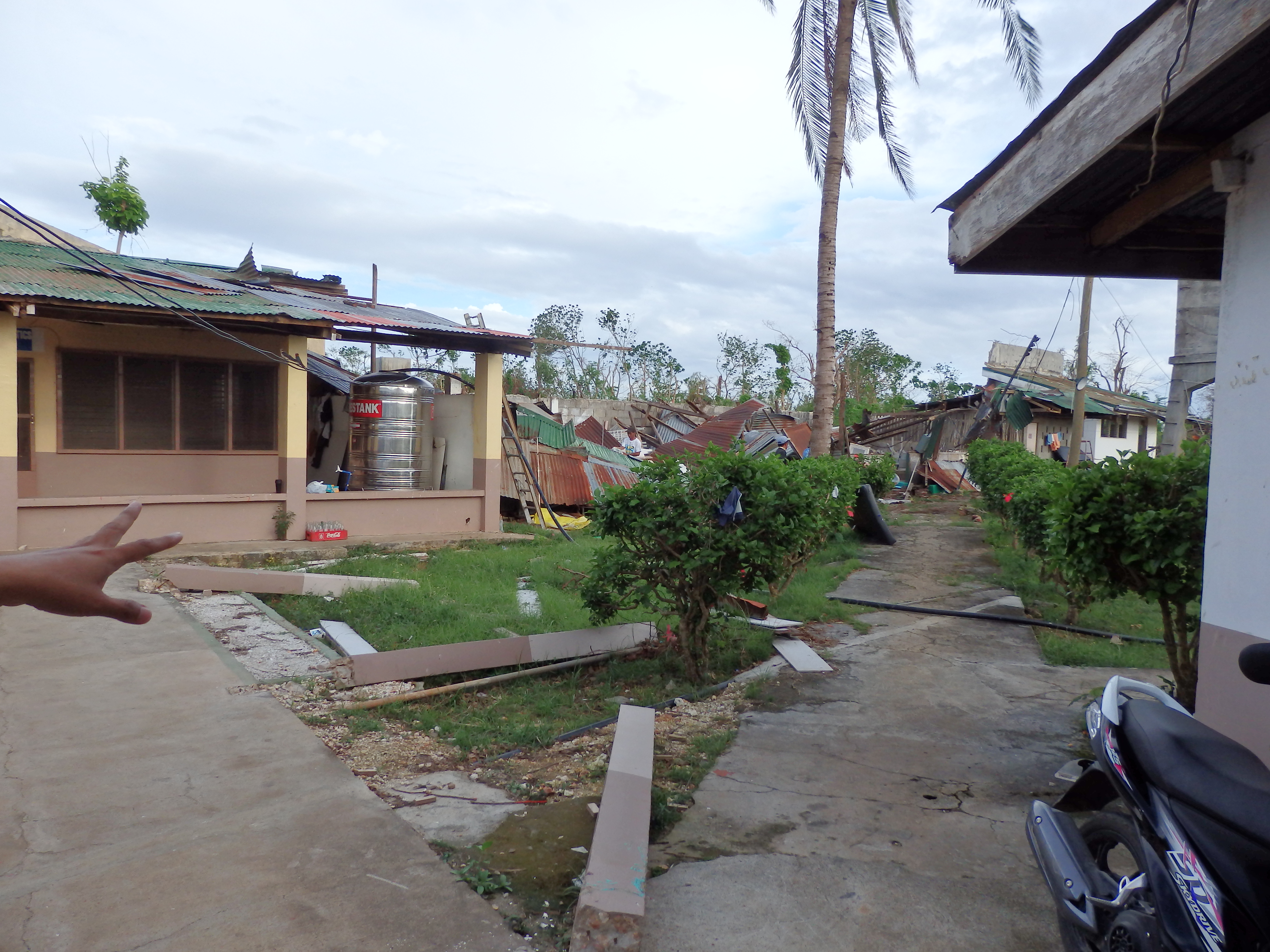